When I planned out my rose garden along the front yard, I chose varieties that all smelled good, were fairly hardy, and kept to a tight palette of pale colors, like pale lavender: 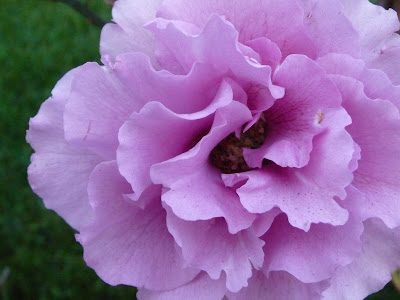 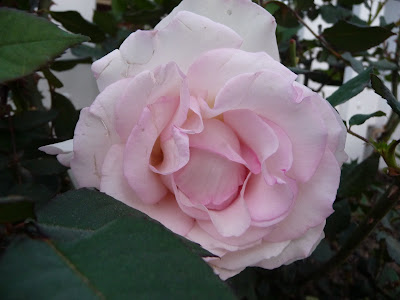 and the blues and lavenders of Russian Sage: 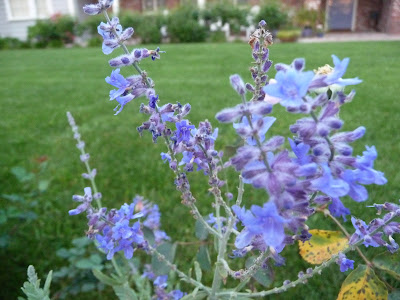 The only warm colors I wanted were of the very pale yellow variety: 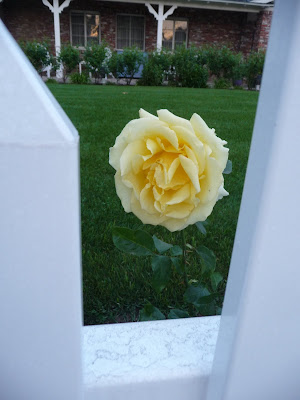 Pale yellow combined with pale pink is fine. This is...ummm, I forget. But isn't it sweet?: 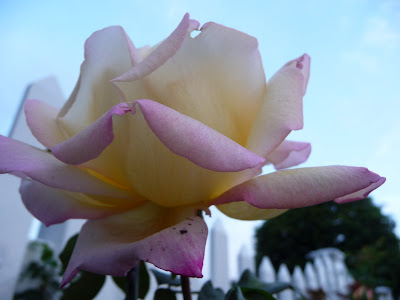 And a medium yellow with a pale periwinkle blue is great, too: 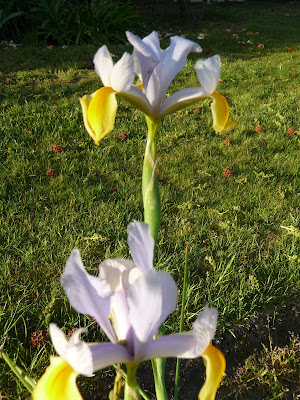 Oh, wait--that's my neighbor's irises. But aren't they they most gorgeous combo of colors?: 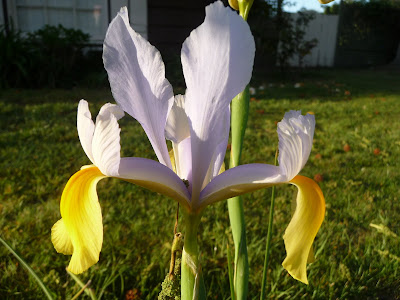 I have contemplated sneaking over there in the dead of night to dig up these beauties and tuck them into my garden, I love them so much.

But into the color palette of my garden, I was not, repeat NOT, going to allow any orange: 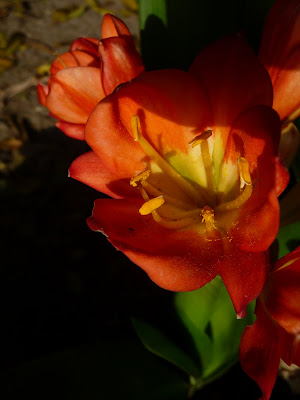 This is clivea. I've already got it lurking in a corner of the garden. It's exuberantly, unapologetically orange. The only reason I don't "hoik it up," as the famous gardener Vita Sackville-West used to say, is that it thrives on absolutely no attention.

So it can stay. 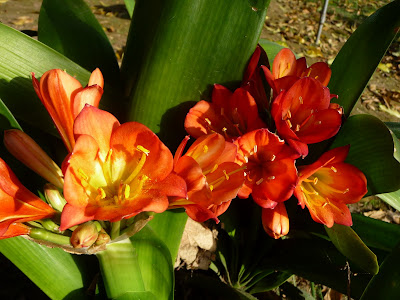 But, what's this? An orange rose? In MY garden? 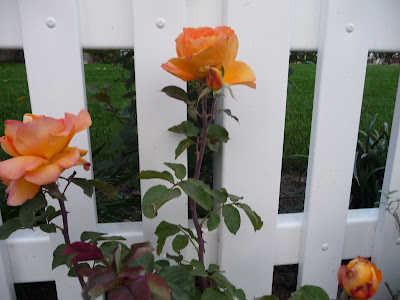 How did this happen? And what the heck is it?

When we planted the roses late last year, the nursery didn't have enough yellow-flowered bushes in stock. The Husband suggested we just leave empty spaces where more yellows would go, when the nursery got them. (Good idea, hubby!) A month or so later, the nursery contacted my gardener and said the yellows were in. He, or the nursery, picked out the actual plants. They were in the "bare root" stage, which means they're little more than a bundle of sticks. No flowers, hardly any leaves, in sight.

And somehow it didn't occur to me, trusting soul that I am, to check the little metal tags that come on roses to be sure I was getting the varieties I wanted.

So an orange rose snuck into my garden.

It's "Chris Evert," and it is verrrrry orange. 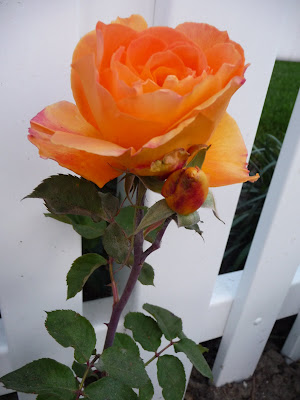 What is it about orange flowers that makes me turn into such a softie? Why do I let them violate my "no-orange-ever" rule? 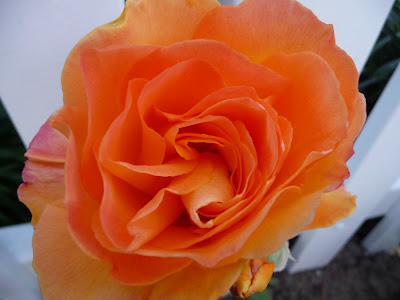 *Sigh.* Maybe it's because, unlike the orange shades people produce that show up in ghastly places like Walmart and Manischewitz packaging...

...orange in Nature is--I have to admit--really pretty. 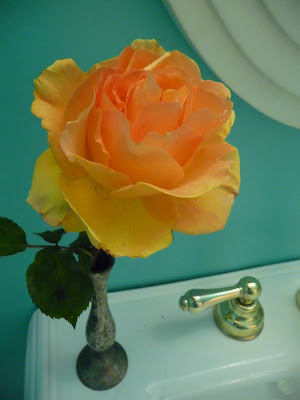 And it looks so good in the powder room.
Posted by Juli at 7:15 AM