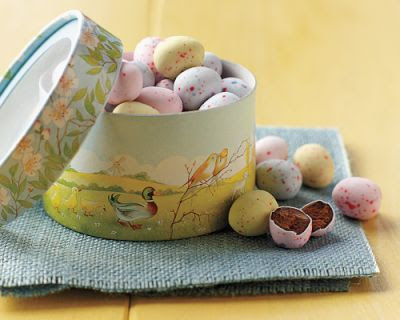 There are the K-for-P fruit-flavored jelly slices (below). They're pretty. They're tasty. They're very, very sweet.

Nonetheless, everybody seems to tap into their Inner Child at a Passover Seder and gleefully reach for one or two of these at the end of the meal: 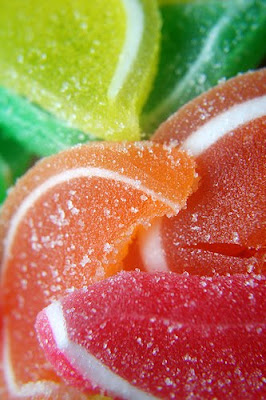 But after fruit-jelly slices, the delectable candy for Passover just...dwindles to a level of pathos. Most K-for-P candy isn't very tasty, and it isn't very pretty.

About the best that can be said for it is that there isn't much of it to choose from, anyhow.

If you really can't live without candy during Passover, you are kinda stuck with stuff like this: 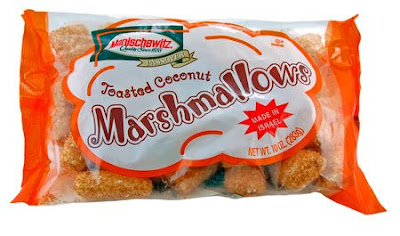 *Sigh.* I don't even know if marshmallows qualify as candy. And as blah as the candy is, the packaging is even worse: 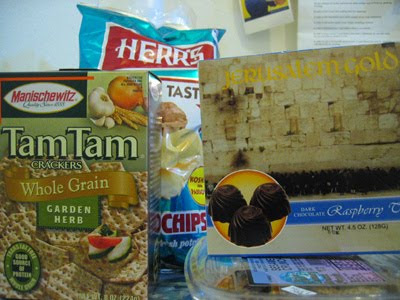 Good grief. Why do kosher packaged foods have to look so...morose?

With the possible exception of a treat called "Matzo Crunch" or "Matzo Crack," there's nothing to get excited about when it comes to Passover candy.

(Matzo Crack is either a layer of chocolate melted atop sheets of matzo, or it's those things plus a layer of something butterscotchy/toffee-ish. It's delish.)

(But it's home-made, so it really doesn't count for this rundown of store-bought candy for the Spring holidays.)

Now, Easter candy, on the other hand...

Yeah, sure, there's the occasional Evil Choco Bunny that pops up in the candy aisle to scare little children: 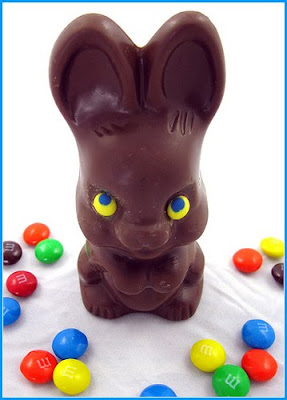 But more often you have triumphs of deliciousness and product design like this: 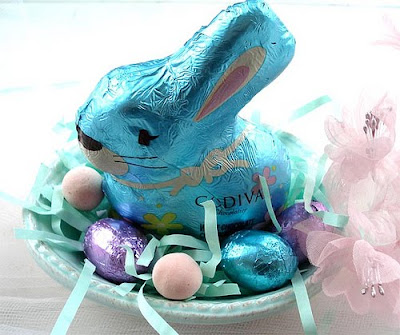 photo by such pretty things 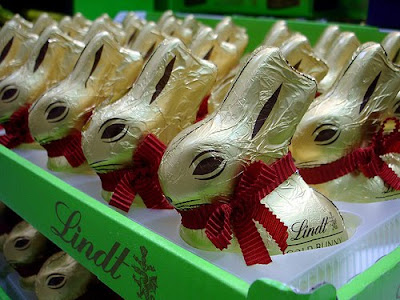 Godiva and Lindt chocolate bunnies. What's not to love?

Easter candies are so plentiful, so beautiful. There's big, honkin' beauties like this: 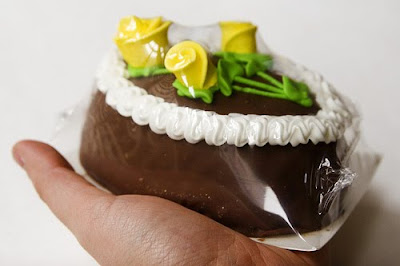 Pale pastel colors of hard-shelled Easter candies are so gorgeous. Just feast your eyes on these: 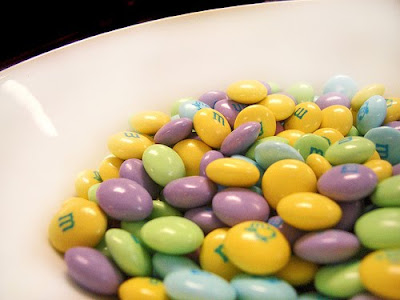 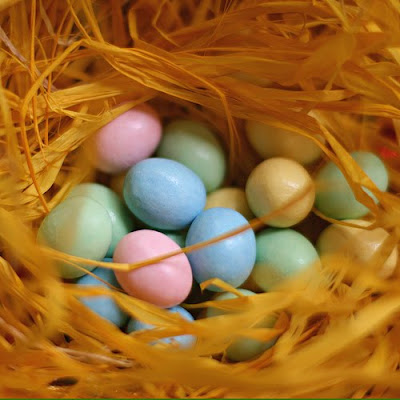 Or if you prefer, there's vivid colors for Easter, like these jelly beans: 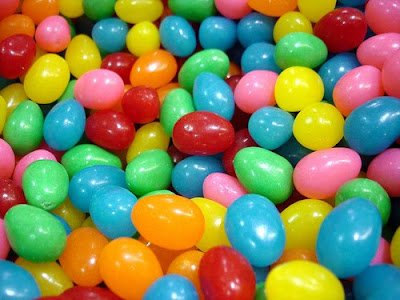 And the ever-fascinating, ever-expanding line of marshmallow Peeps: 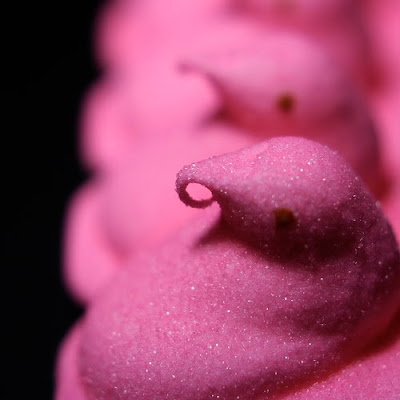 For Easter, Peeps has more than just chicks. There are also bunny shapes and tulip shapes, in lavender, blue, green, orange, and yellow (in addition to pink, above). There are chocolate-covered Peeps, as well.

How gorgeous is that Peeps photograph, by the way?! And so is this one, below: 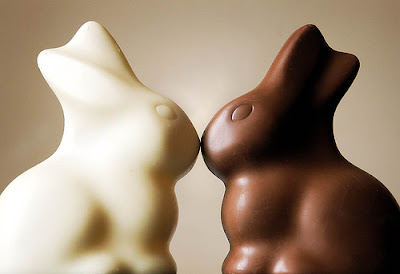 Easter candy is enough to make almost anybody wish they celebrated Easter. 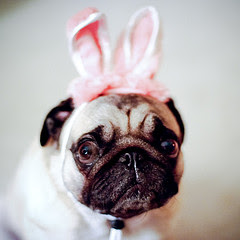 Well, almost anybody.
Posted by Juli at 7:07 PM