I'm finally settled back into the school routine here in Cambridge, and I thought I'd share a bit of my travels here on T&P. Though this isn't exactly normal Teapots and Polkadots fare, oh well, I thought it would be fun. First stop, Rome, where the coffee was delicious, the streets were crowded (even more than normal, as we were there over Easter), the art and architecture were amazing, and the sense of history was overwhelming. 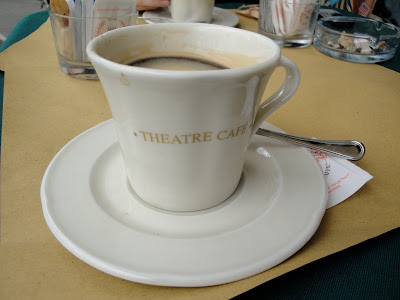 Of course we hit the major highlights, like the Colosseum, which almost doesn't seem real, I think partly because you're just staring up at it going "Wow, I've seen pictures of that all my life. And here it is....this is crazy." That happened a lot, actually, and it never ceased to be strange. 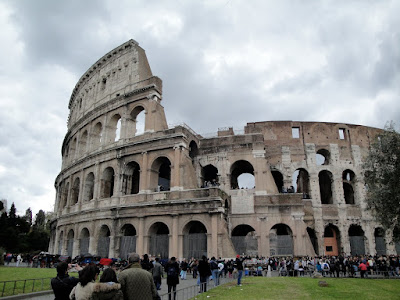 We also saw the Trevi Fountain, which I loved, but so did about 8bagillion other people, I guess, because it was SO crowded! 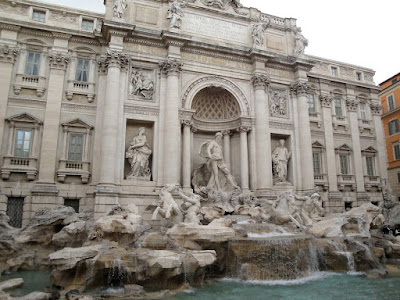 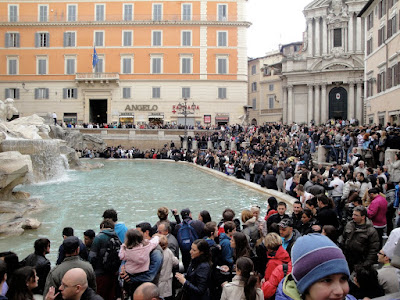 One of my favorite parts of Rome was the Baths of Caracalla, a not-on-your-average-tourist-map site of ruins that a friend staying in Rome brought us to. The place was huge and so much of it was still in tact... 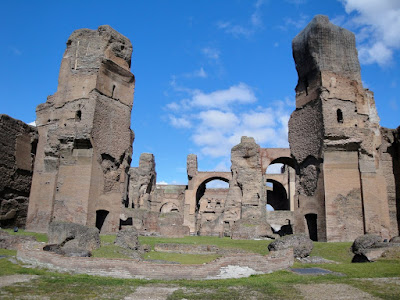 ...including some amazing mosaics that just chill outside in the elements, and yet have been around since the Roman Empire! 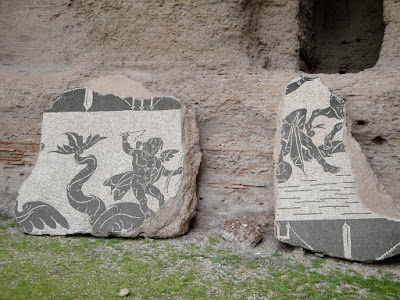 We went in a dizzying number of churches throughout the course of this trip (with I took with two good friends from school), and they were each stunningly beautiful. Honestly, I can't even remember the name of this one, but I loved it's ceiling, and the golden light on the underside of the arches. 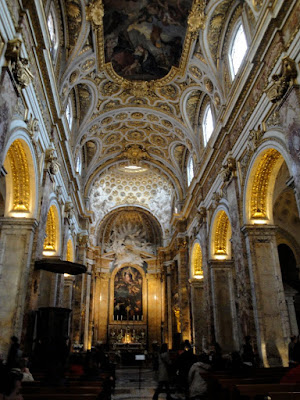 The art in the churches (and everywhere else, for that matter) was equally amazing. Please forgive the blurry photograph, but these are two works by Caravaggio that were on display in one of the Churches. They were in a dark apse whose lights could only be turned on by putting a coin into a machine. Italy does know how to gouge it's tourists, I will give you that! But it was worth it, to be that close to such amazing art. 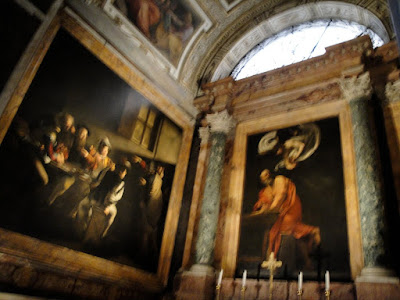 There was so much amazing sculpture all over the city, but these two lovely pieces were in the Vatican Museum, where I could have spent days wandering around, if only we'd had the time! 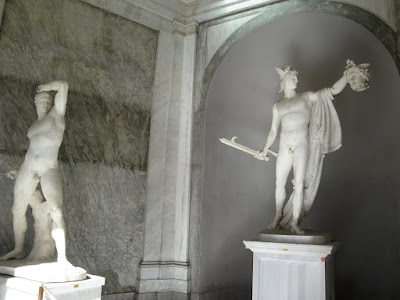 The building itself was art--it seemed like every square inch was decorated with something-or-other. The opulence was overwhelming. 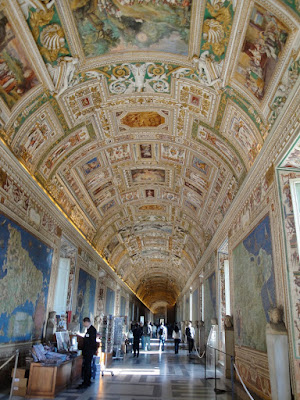 We spent an afternoon and evening walking around the Jewish Ghetto, which, while steeped in history, wasn't too much to look at. I did love the storefronts, though! 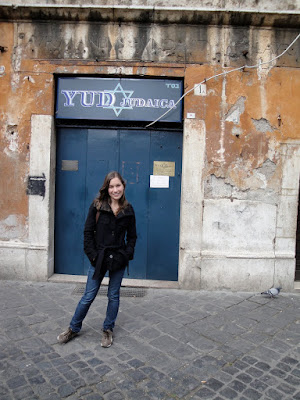 Enough Rome for now...Next stop: Florence!
Posted by Lauren at 9:30 AM