My new love is cheap. It's blue. It's for food.

Which means it's achieved the trifecta of my affections: cheap blue food thingies.

It's three graduated, glass cake stands. I found them at my local chain-store supermarket. 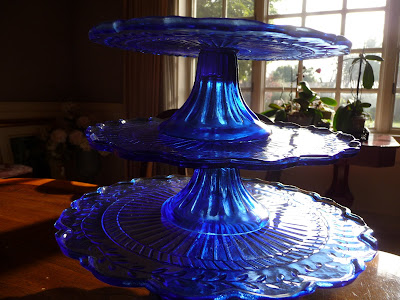 A-aaaaah! (The clouds part, the angels sing.) Are they not bee-yoo-tiful? and all three cost less than $20.

All this blue, for less than one Andy Jackson! I like how their color varies with the light. Held up to the window, they're a watery, medium blue: 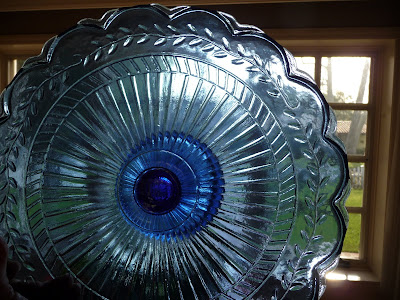 Put them on a dark table, and they look more cobalt: 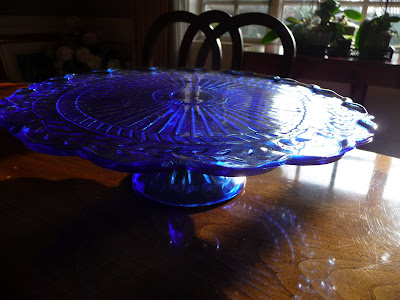 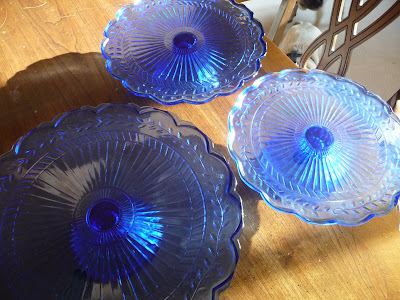 Umm (shifty eyes, hunched up shoulders), probably not. Two might do. 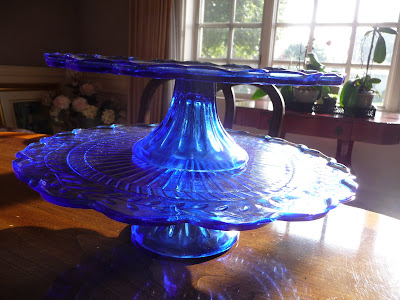 But then, which one to give away? The Big Kahuna? The petite littlest one? 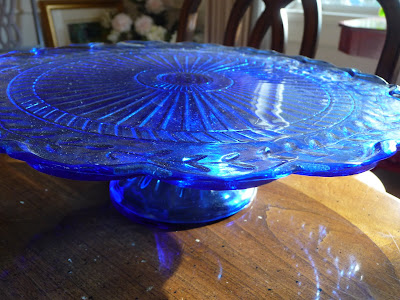 And who deserves such awesomeness? Daughter #1? The one who bakes every week and has a small salary for such fripperies, you say?

Well, okay, maybe so. She would look after this one well. 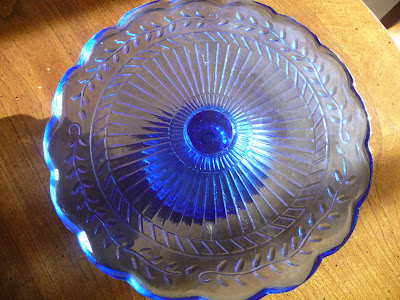 But until she can come and claim one, all three are in my house, where they sit here and there, catching the sunlight when they're not holding anything edible. 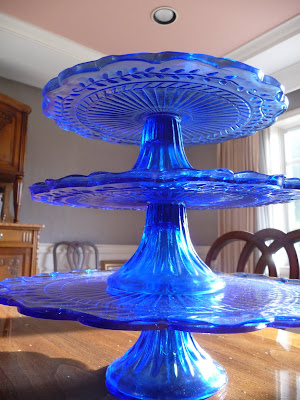 And just generally hanging out and looking awesome.
Posted by Juli at 9:58 AM