It's really hot here in Los Angeles. I've been hiding inside, baking goodies and sticking them under the noses of Lovely Daughter #1 and her best friend from med school, who are madly studying for their Step One exams. For a study break, Med School Bestie took Pao Pao out for a dip in the pool.

Pao doesn't like the water much. It takes a friendly face, a life jacket, and a box full of hot dog pieces to entice him in:

He's pretty good about going in to get his ankles wet. But then he sort of stalls: There's a lot of coaxing to get him off that first step: 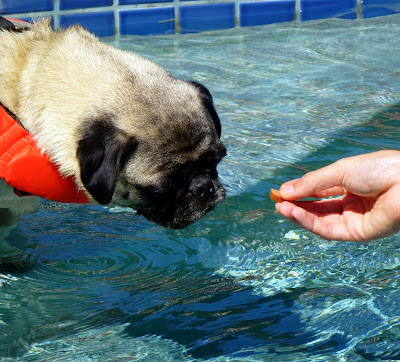 Once he's in (I picked him up by the handle and stuck him in a couple of times), he makes a beeline to the hot dog: 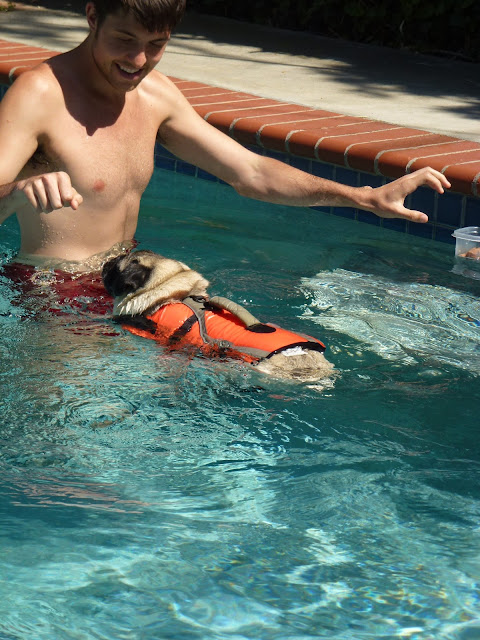 And hightails it back to the relative safety of the steps:

Asking him to commit to a longer stay in the pool usually means a bit of frantic splashing: 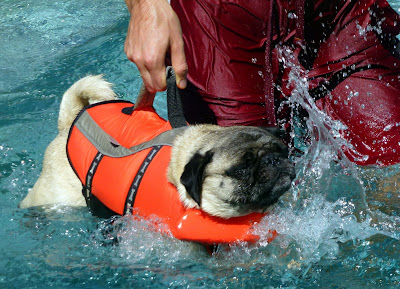 But we give him water and pee breaks so he doesn't tire out: 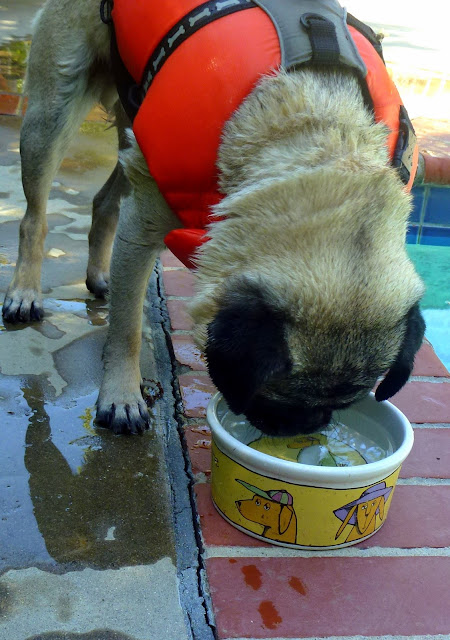 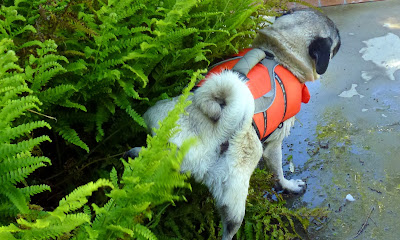 All the hot dogs and splashing and encouragement attracted the attention of Pao's brothers: 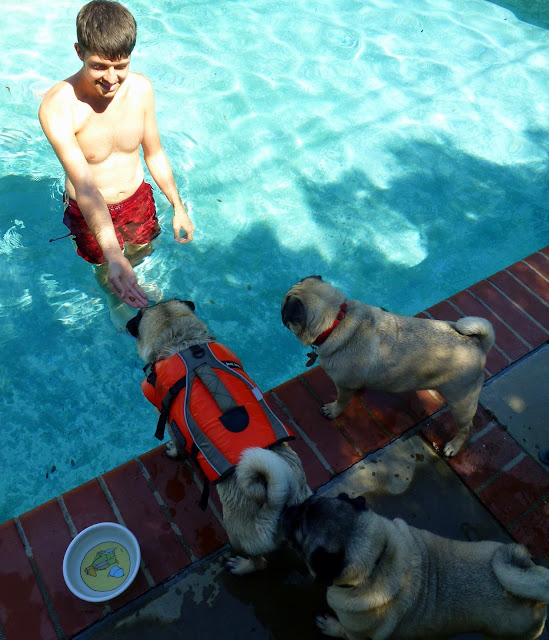 Mu Shu wanted the hot dog bits badly, but not enough to brave the water: 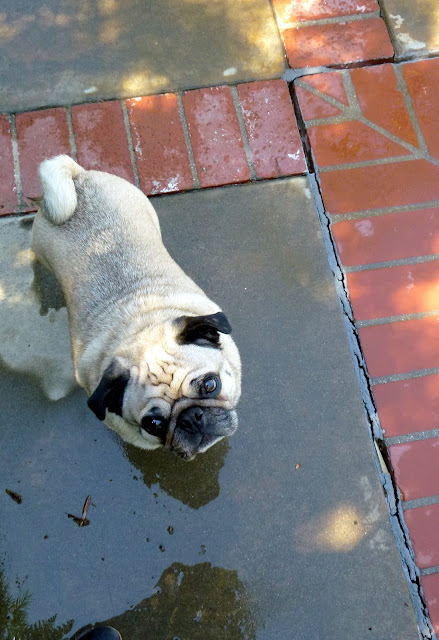 Won Ton gamely stood on the first step to get a treat, but no way was he going in farther than that!:

After I took off Pao's life jacket, he was still trying to get at those treats. See him extending his paw, trying to pull that hot dog in closer?: 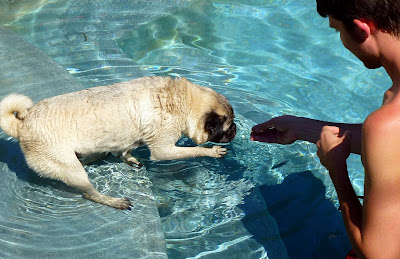 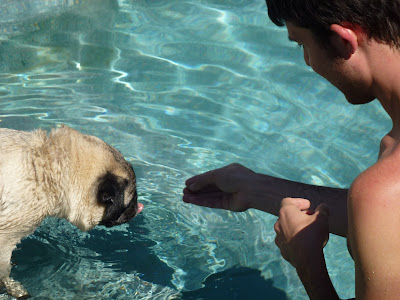 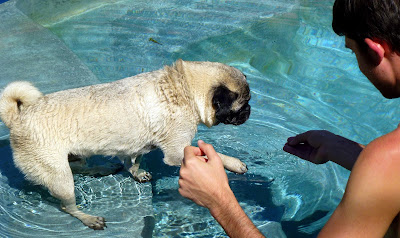 If we keep up the gentle encouragement, by the end of the summer, Pao probably will be jumping into the pool like one of those competitive dock-diving dogs: 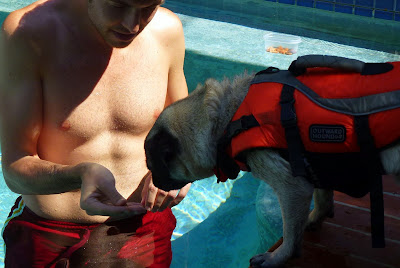 But first, I'm going to have to buy a lot of hot dogs.