Back in March, I found this china hutch tossed out in an alley. I dragged it home and then it sat in my kitchen area for several months. It needed a good cleaning and a little TLC: It was pretty filthy, and this was the only knob it had: 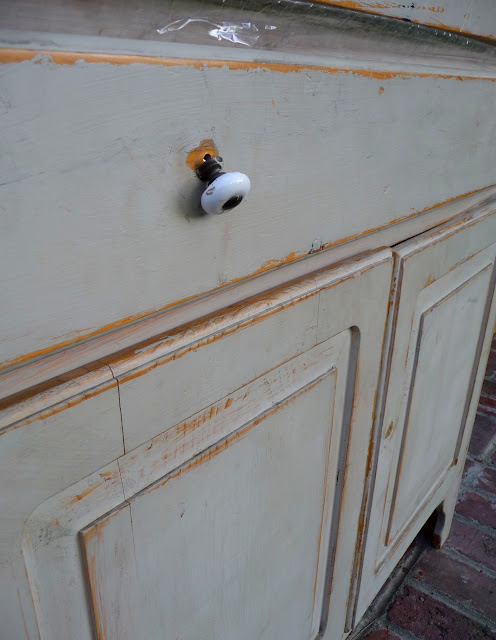 I thought I would paint it a different color, but after hanging out with it, I realized the soft foggy gray color, with an undertone of blue-green, is just perfect. (It helped that a photographer neighbor with an impeccable eye saw it and said, "I wouldn't change a thing!")

Yesterday the handyman came and bolted it to the studs in the wall (we live in Earthquake Country). He also installed these classic knobs I bought at Anthropologie. I love 'em: 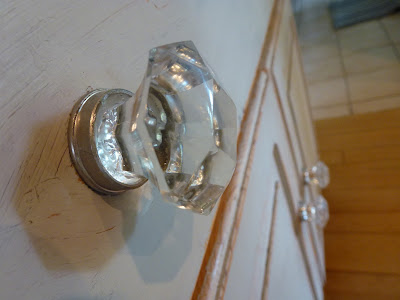 I used a hand-held vacuum to pull up most of the dust and dirt hiding in the corners. Then a cotton-tipped swab. Then a dampened rag. Finally, I broke out the Mr. Clean Magic Erasers, and there was STILL plenty of grime clinging to the surfaces: 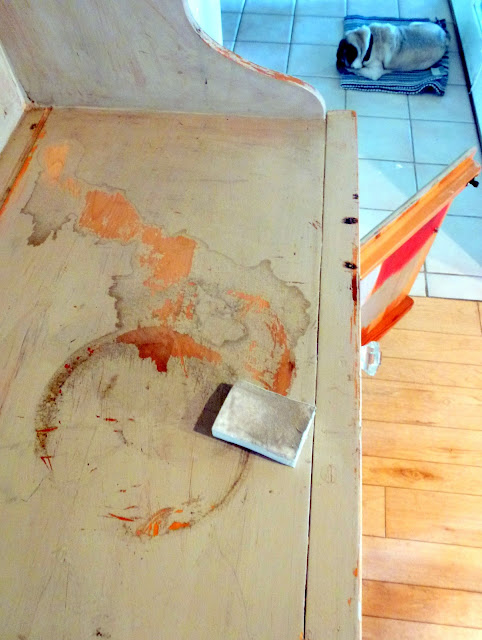 The inside of the open cabinet door (photo above) has different shades of paint swabbed on it. Maybe the former owner was thinking about painting and gave up? I will probably paint the interior a beautiful turquoise.

Here's a closeup of the grimy sponge: 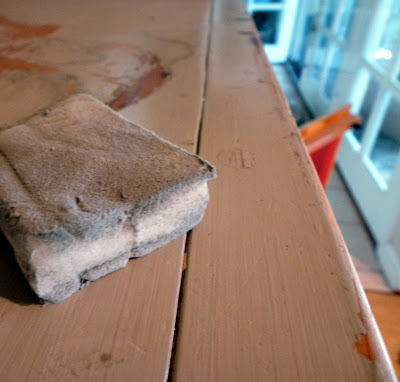 Then I began "fluffing." What should I put on all those surfaces? This was what I did last March, just as an experiment, when I first dragged the hutch home: 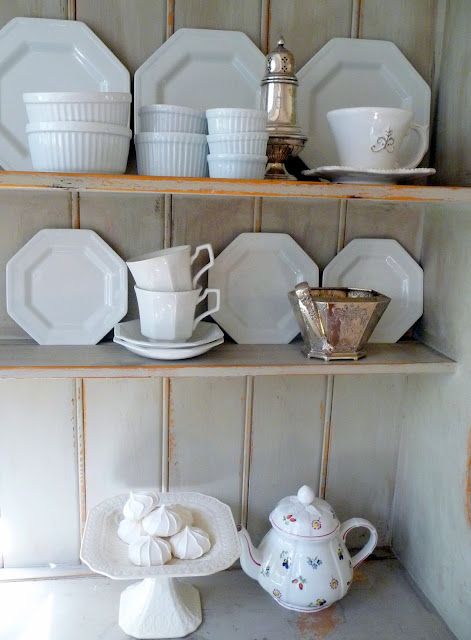 Except if I keep a cake plate with meringues on top, I'm going to way 340 pounds very soon. So I tried thisaway: 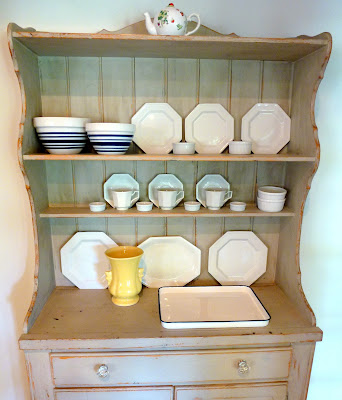 And thataway, but it ended up looking just the same: 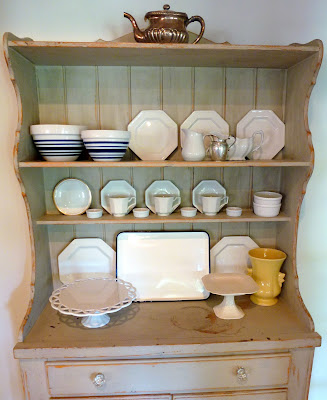 And one-more-time-away, and clearly I am not making headway: 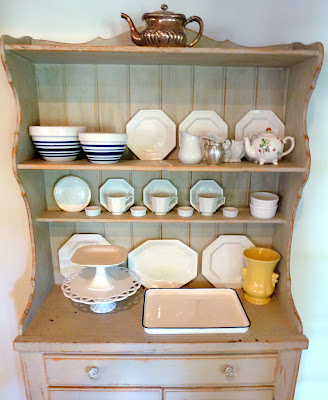 *Sigh.* I stink at fluffing.

I'm going to consult my decorating magazines and slavishly reproduce something I find in them.

Interior Decorating Self Confidence: I gots it.