You may recall a while back I de-cluttered the bulletin board above my desk. It went from looking like this: 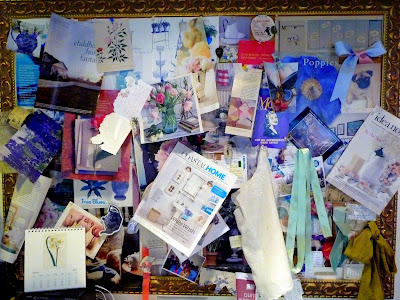 To this. Much neater!: 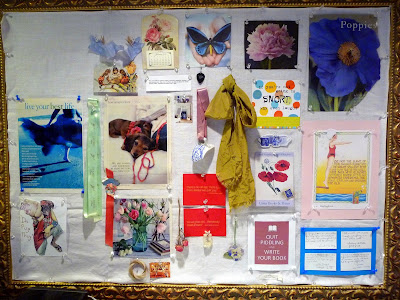 But the neat bulletin board made other areas of my desk look flabby, like they weren't pulling their weight. For instance, these large, blue storage files, below. They took up a lot of precious desktop space and they weren't easy to get into. Plus, they are filled with stuff I don't use all that often: 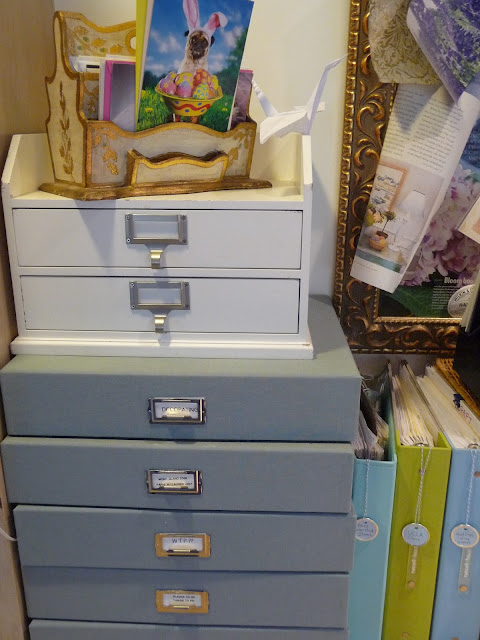 So I moved them to a sofa table nearby. They look rather handsome there, don't they?: 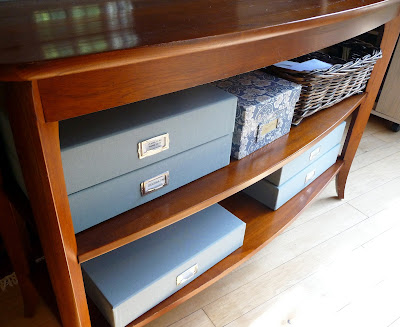 Over the last few weeks, I've tucked all my loose magazine and newspaper clippings into a bunch of pretty, new binders (Martha Stewart products, available at Staples). I tried perching some of the binders on top of a small stationery organizer that had been kicking around since I found it in an alley months ago: 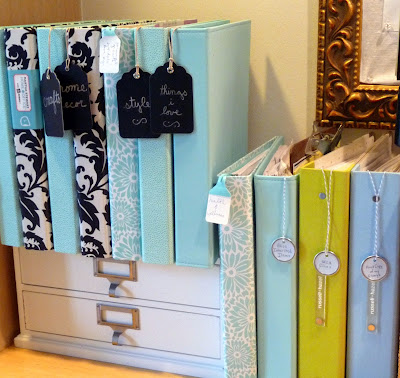 I didn't like this arrangement. The stationery caddy almost looks as though it's saying, "Oof! Get offa me! I can't breathe!": 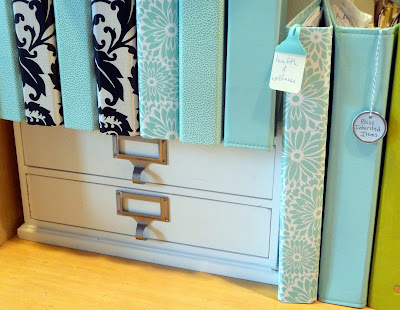 I pulled out the stationery organizer and thought about how I could use it best. It's a good size, as you can see compared to my cell phone: 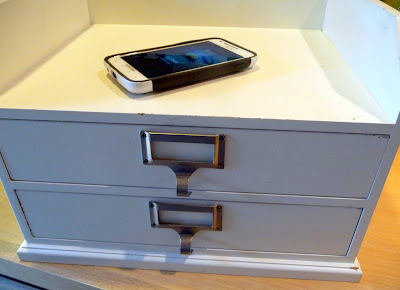 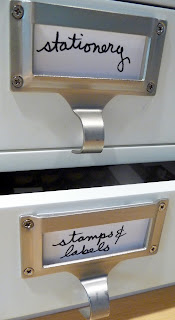 I use the top of the caddy to showcase some of my favorite objects, like a Victorian pen stand in the shape of a pug, a cast-iron ram, an antique magnifying glass, and a teeny, hand-thrown bowl that holds two stones: 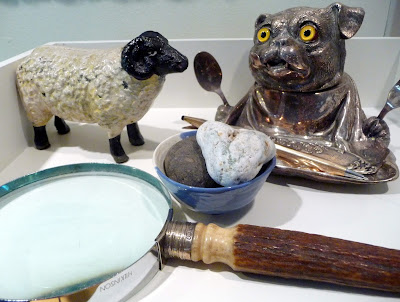 Now the pretty binders are all lined up in a row. There's even two empty ones, so I have a little room to grow: 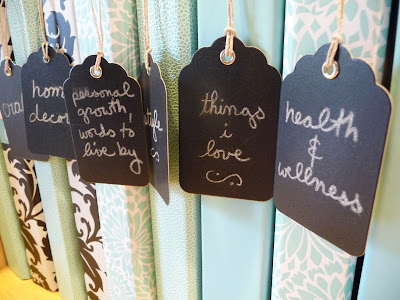 Each binder has an identifying tag. I found these Martha Stewart tags at Staples: 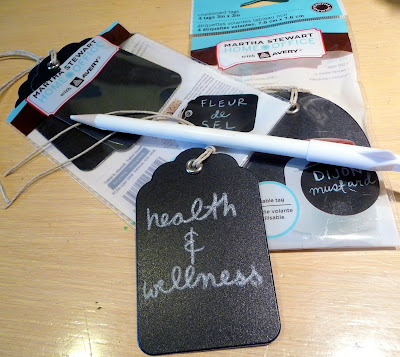 And best of all, when I sit down at my laptop to write, there's a loooong expanse of clean, clutter-free desk on my left side!: 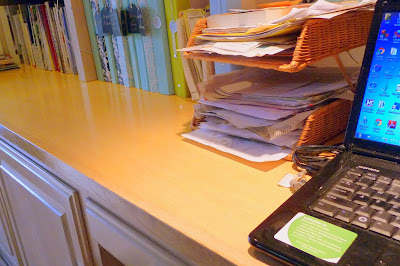 Next up, whittle down the two-part "In" box: 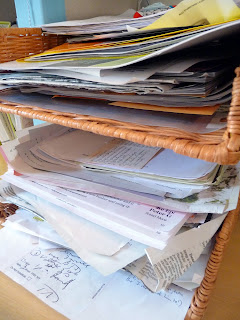