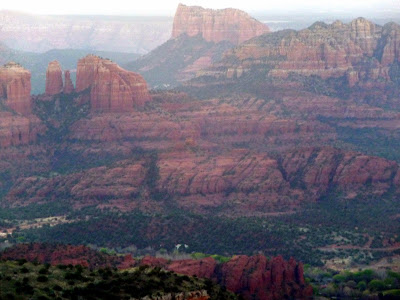 While in Sedona, Arizona, The Hubby and I joined some of his co-workers on a hot-air balloon ride over the beautiful countryside. (Hello, Bucket List? Just crossed another one off ya!)

The balloon gets its lift from a propane flame, which heats up the interior: 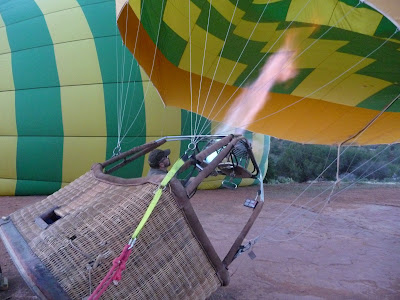 Here's The Hubby, checking out the progress of the balloon as it fills: 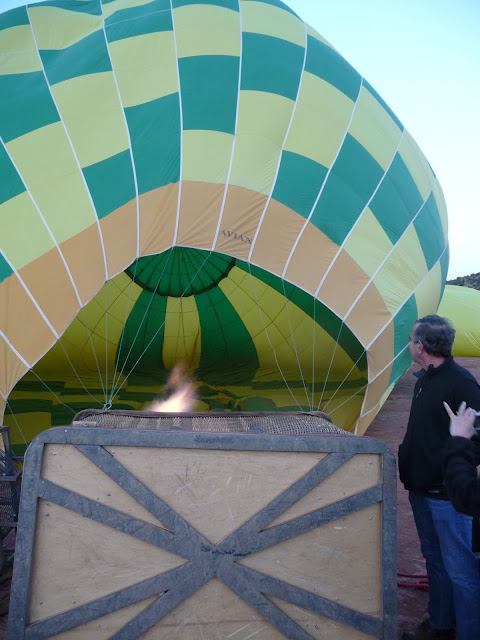 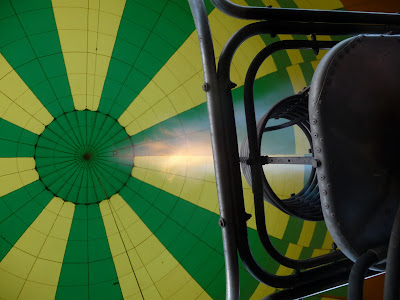 In no time at all, we were in a big basket and looking down on the other balloons, about to rise: 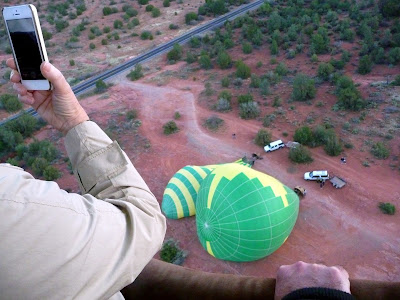 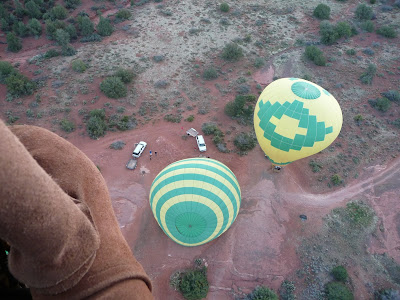 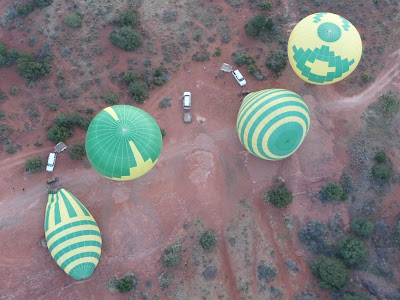 We were aloft before the sun rose over the horizon, and the world had a beautiful, pinky-purple glow: 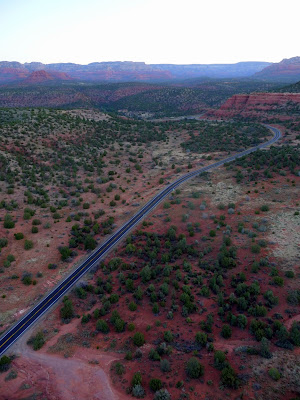 Sunrise on the other balloons: 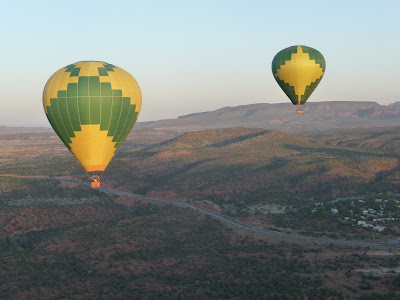 I expected to float high above the land. What a surprise when the pilot sometimes let us drift down right above the treetops!: 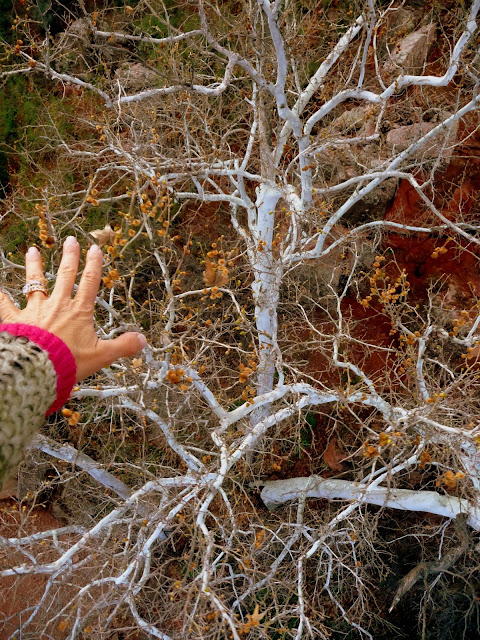 A few twists of his wrist on the controls, and we floated up again, just clearing the lip of a box canyon:
' 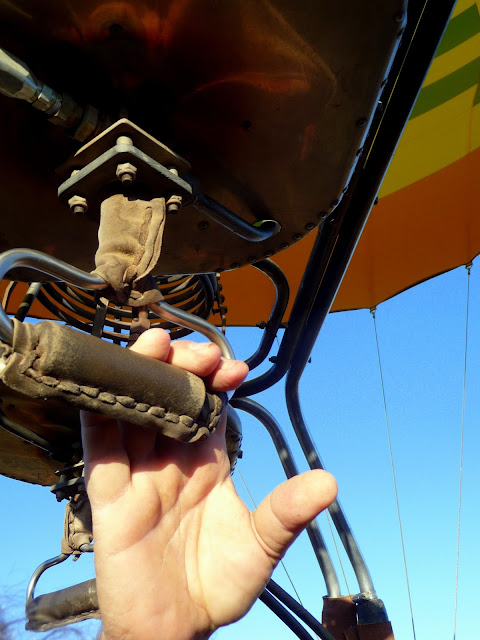 This is a water-reclamation plant, which drew a lot of his scorn. Seems like water is a political hot potato anywhere in the American Southwest (it certainly is in Los Angeles): 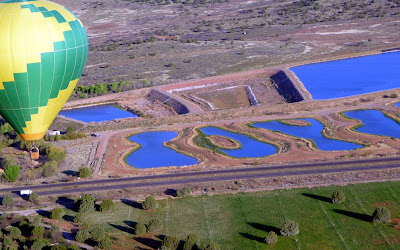 As the sun rose, the colors bleached out, but the views were still spectacular: 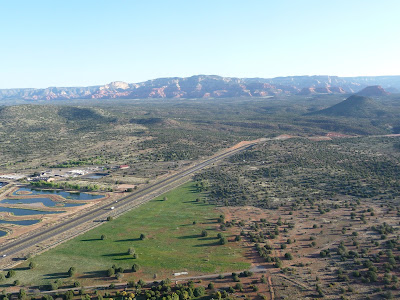 We were up in the air for the better part of an hour, but it seemed like far less because it was so much fun. At last it was time to touch down; this pilot found a big, open field to land on. See the scrape mark as the basket dragged on the earth? 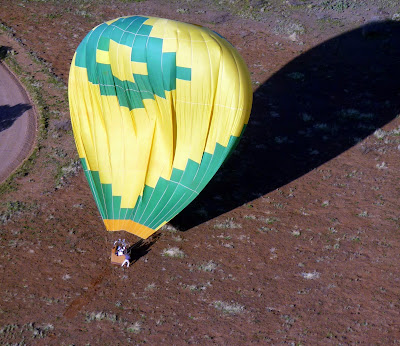 Even after a balloon touches down, there's a lot of heaving and grunting from the ground crew, who help move the balloon to just the right place for a safe debarking: 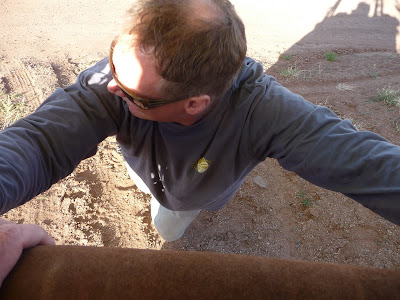 Uh, speaking of debarking...our pilot decided to "brake" his balloon by crashing the basket into a poor, unsuspecting tree. He says he often does that, as an efficient way to slow down his craft. Poor tree!: 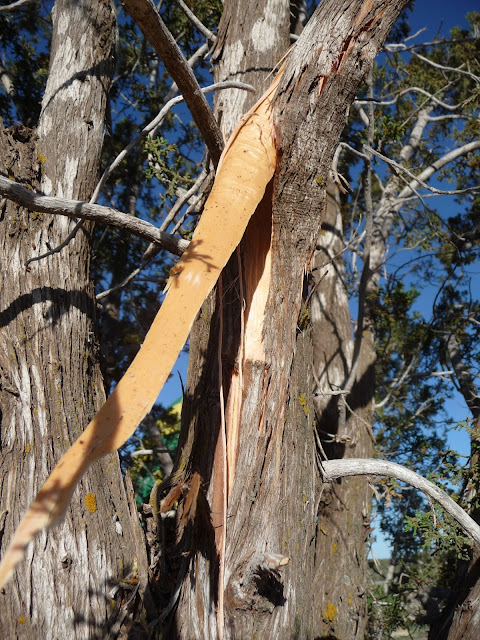 I am happy to report that there's a long-standing tradition of imbibing Champagne after a balloon flight: 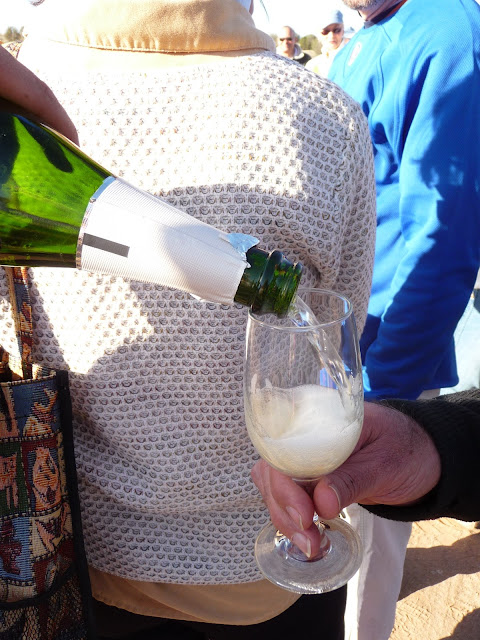 I don't know if the tradition extends to apple fritters and fresh strawberries, but they were delicious, too: 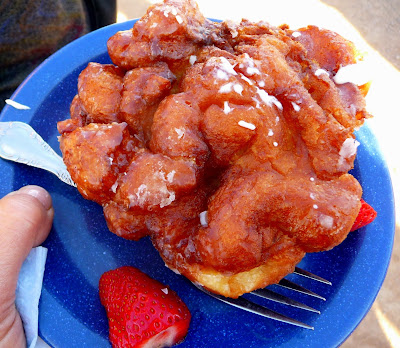 I would SO do this again some day!