There is absolutely no rhyme or reason to this post. It's just a bit of this 'n that.

When The Boy was here over winter break, I crumbled up Amaretti cookies into a dish of yogurt for a little dessert. I was shocked to learn he'd never eaten one of these delectable little crunchy cookies. We corrected that situation immediately. 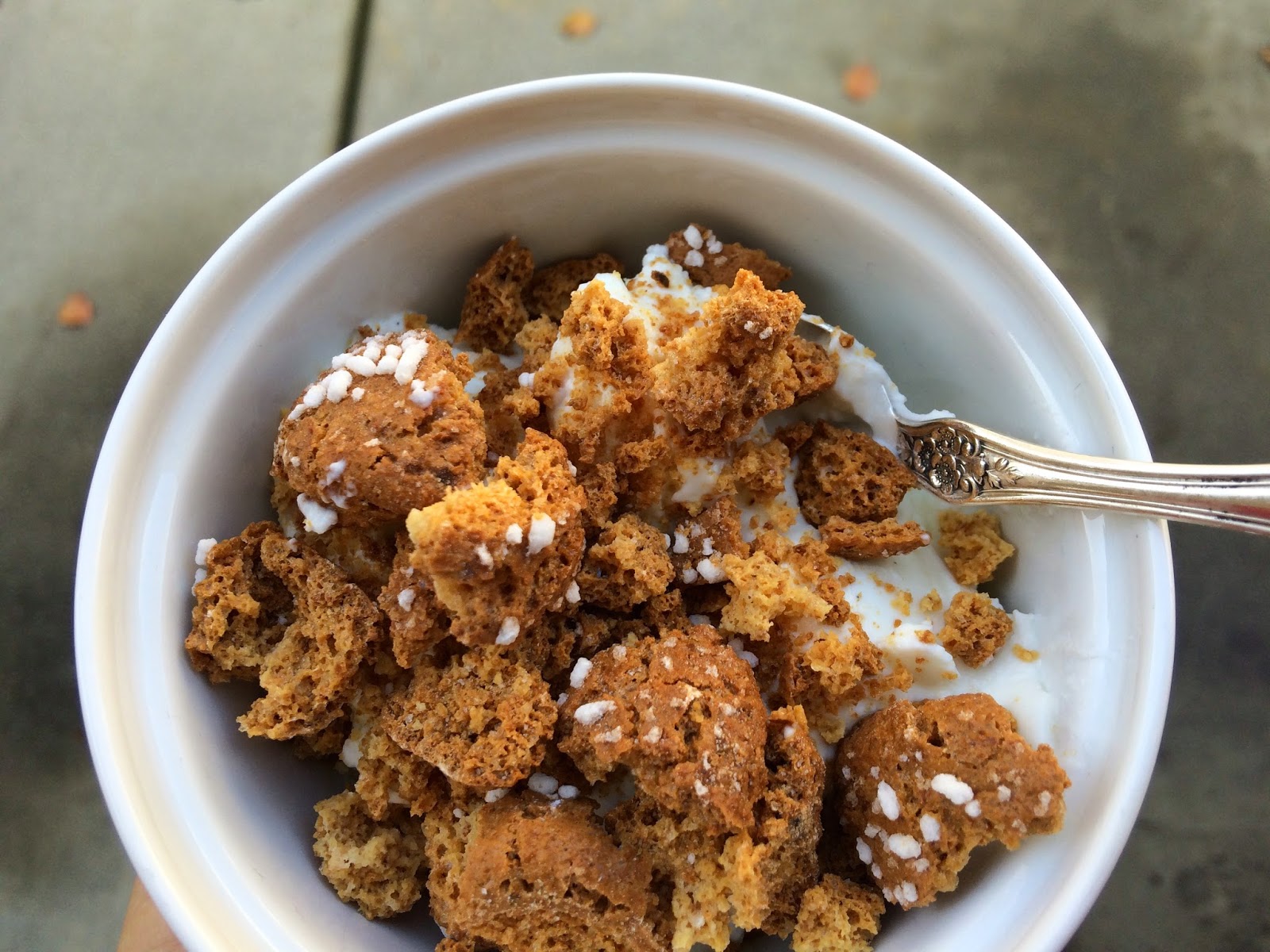 The Boy often gives me gifts of his time and effort for the holidays. Like putting all my music CD's into a format that I can access on my laptop. This year, he was tickled to have an actual object to give me: a kitchen scale that measures in ounces and grams.

I love it. It comes in mighty handy when weighing out dried sweet potato snacks for my pugs: 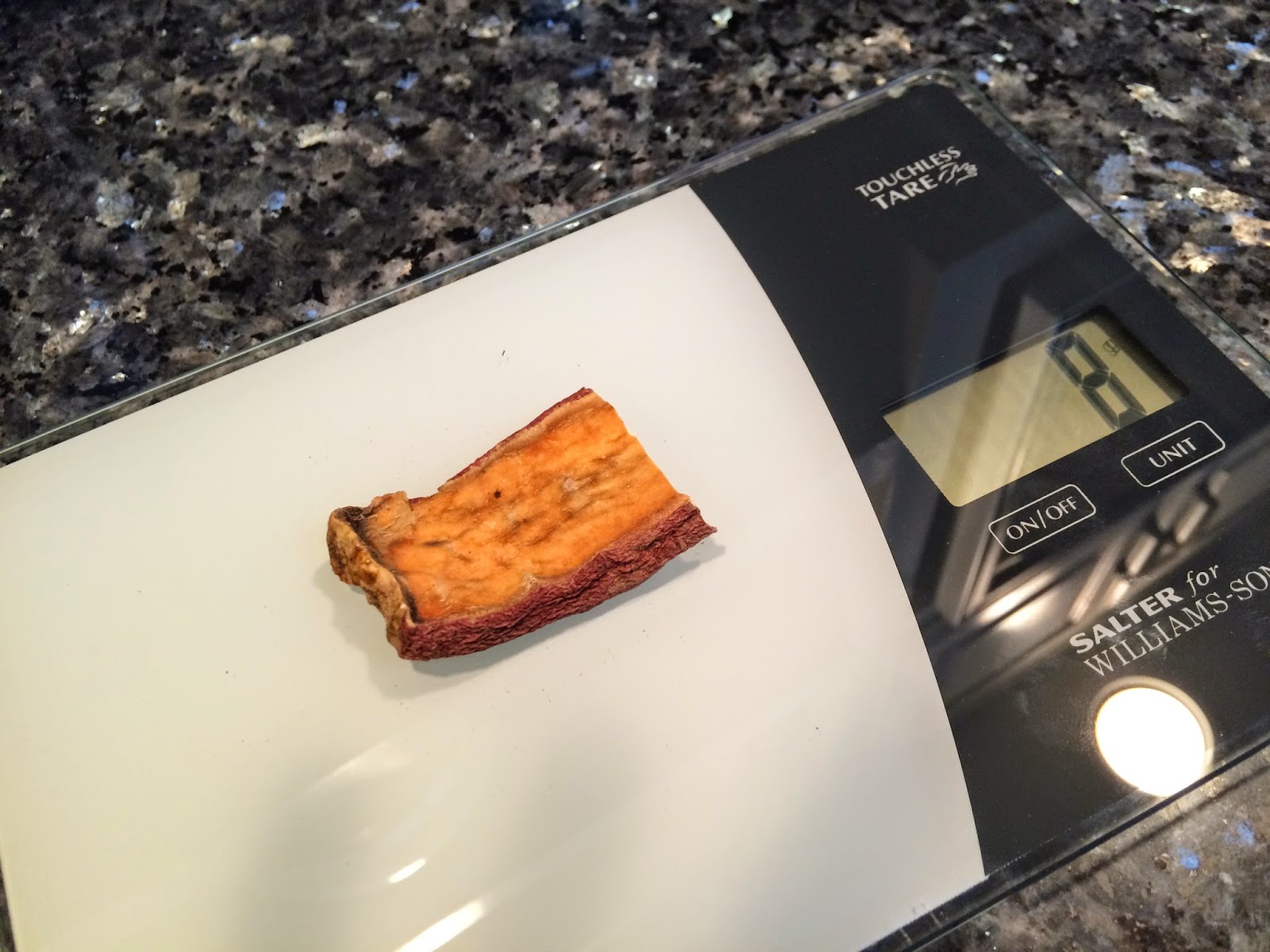 Speaking of which, this is an acceptable bed, to a pug. Actually, to two pugs: 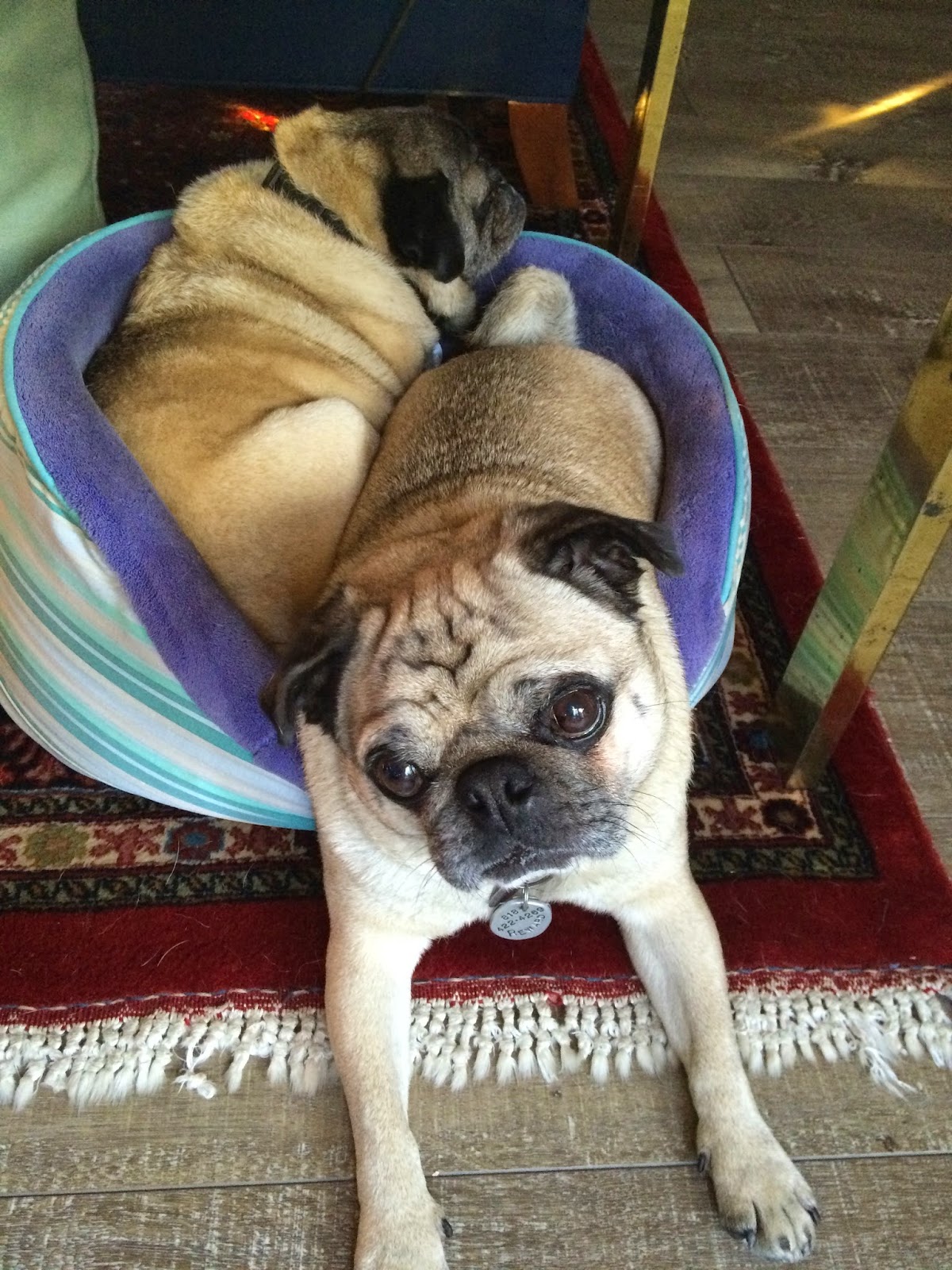 I was poking around on the Internet to learn more about my great-uncle, who was part of a failed expedition to the North Pole in the first years of the 1900s. He and his crew were marooned for two years before being rescued. The surprise was I found a batch of photographs recently sold by Sotheby's, including this startling sight. The crew adopted two baby polar bears and brought them home. Here are "Billy" and "Mary Louise," on the deck of the ship that rescued my great-uncle and his crew: 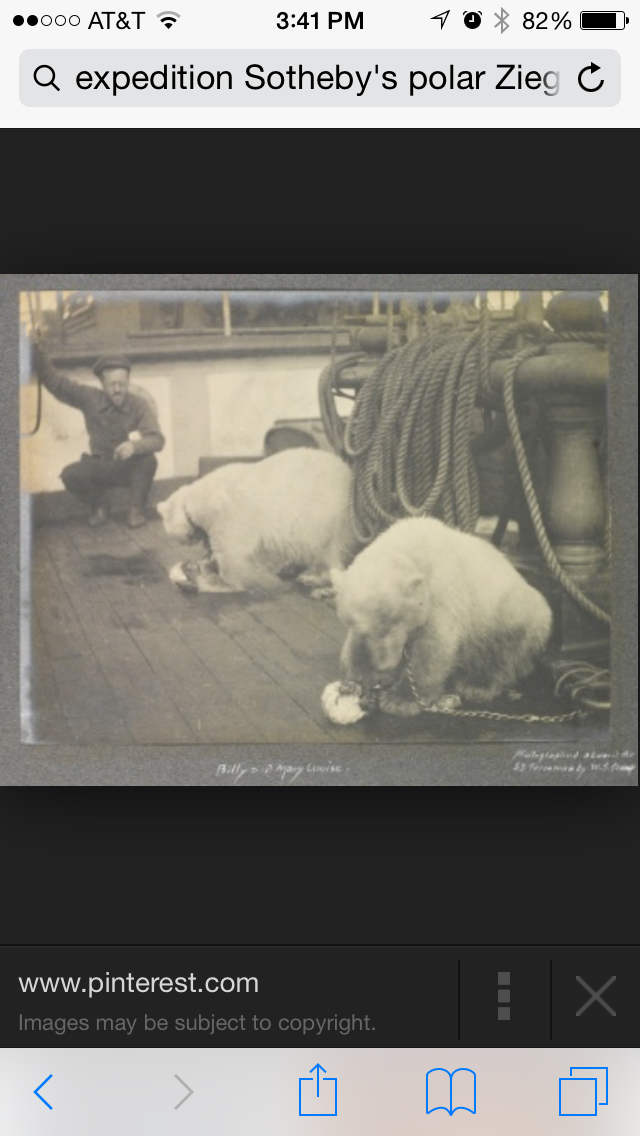 I have high hopes for a new Masterpiece "Mystery" series, premiering right after this week's episode of "Downton Abbey." The television critic for the Los Angeles Times gave "Grantchester" a great review: 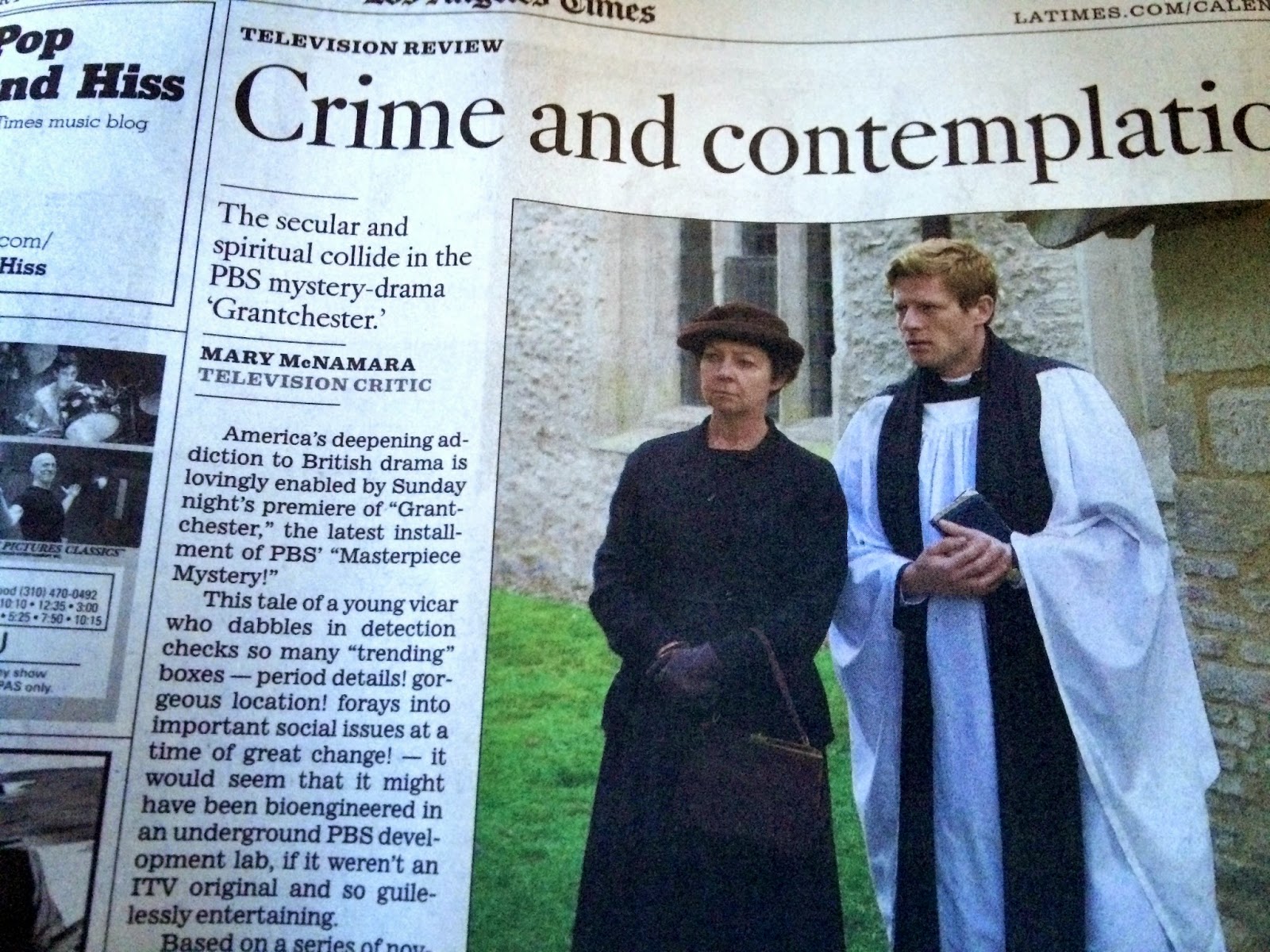 The show is set in post-WWII England, in the tiny town of Grantchester, which really exists. It is the site of one of the most wonderful places I've ever visited. I spent a magical day with The Hubby walking from Cambridge along the River Cam, past white swans and docile cows, to have tea and scones at "The Orchard." People have been doing the same since the time of Oscar Wilde and the Bloomsbury bunch: 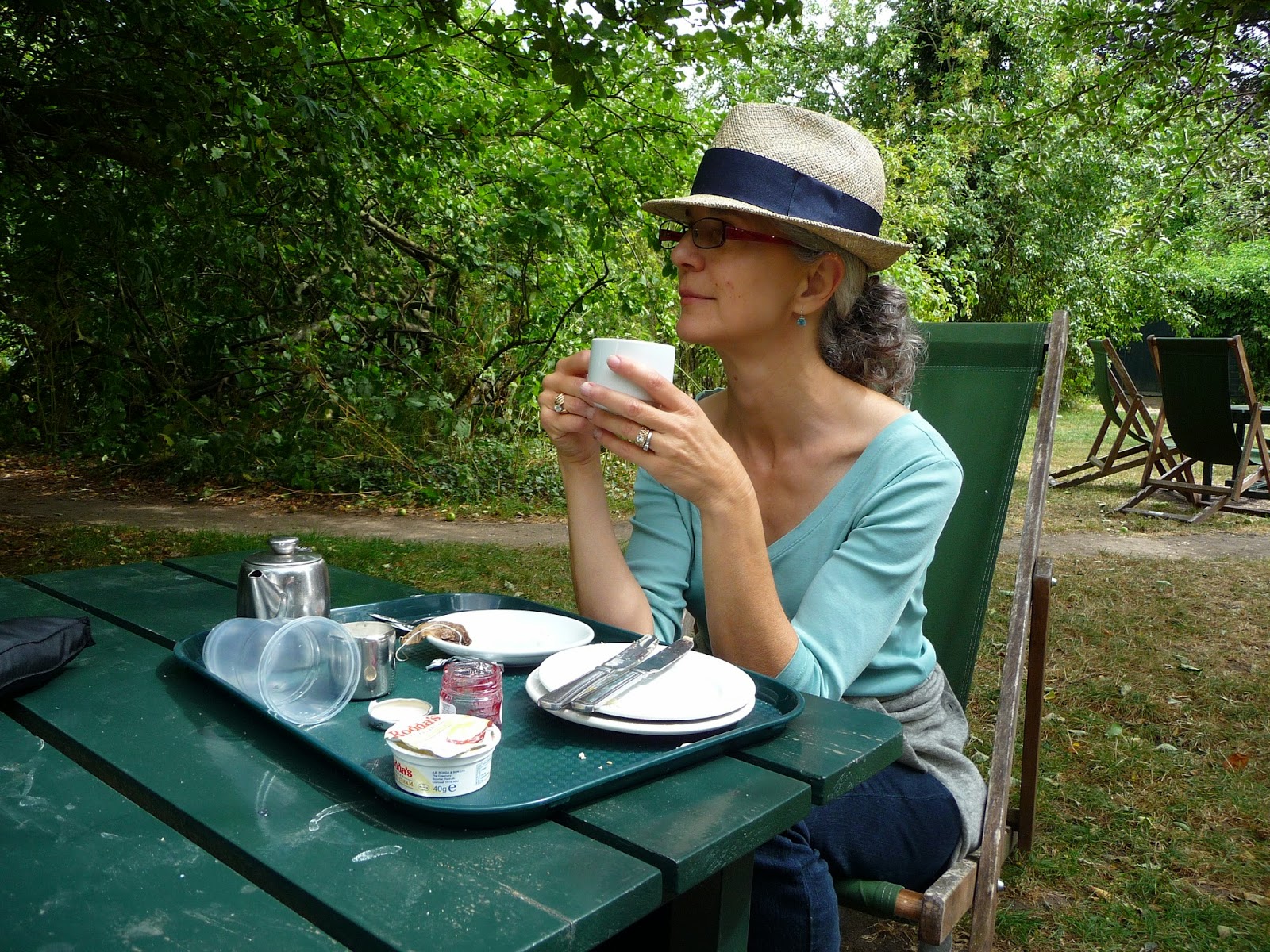 If the television show is half as wonderful as my day in Grantchester was, it'll be memorable indeed.