Junk drawers: Everybody's got one or two. Or--in our case--three, all in a row in the kitchen. Mostly the contents are under control, thanks to a lot of little cardboard boxes corralling stuff: 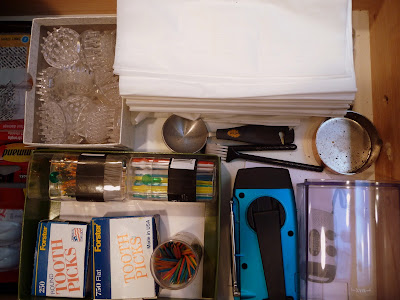 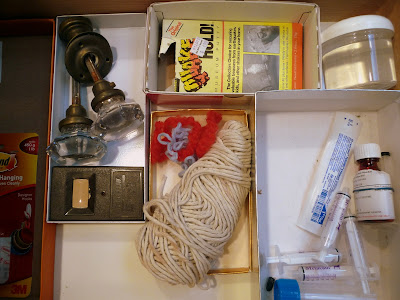 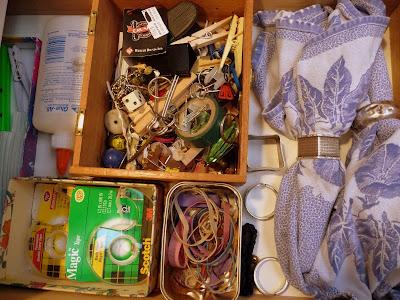 But that wooden box in the photo, above? What a mess! 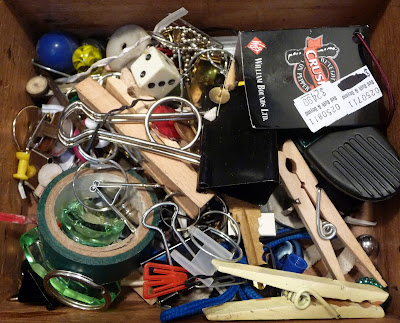 I love the box itself: the bottom to an old cigar box my dad had: 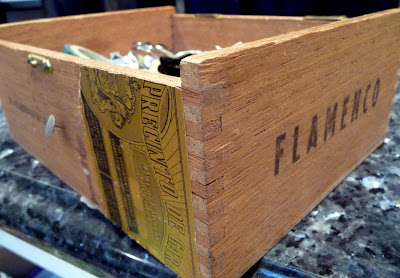 After being neglected for a couple of years, this box needs to be sorted out. Some of it is misplaced office supplies, some is useful, and some is simply trash: 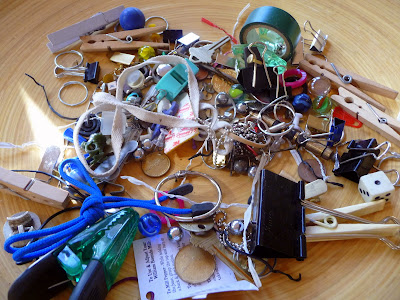 So I tipped out the contents on the kitchen table and sorted through it all: 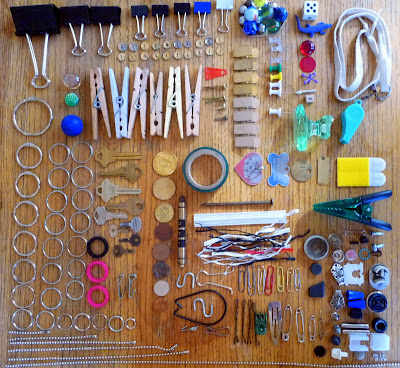 What I found was ridiculous. I surely don't need this many metal split rings! I kept four or five of the sturdiest ones and tossed the rest into my city's bin for metal recyclables: 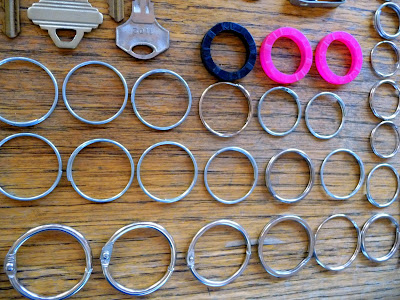 I don't know what these keys and key-like things are for, but I love their shapes. So they get a pass. (Visual appeal ranks high, around here.) Back into the box they go. 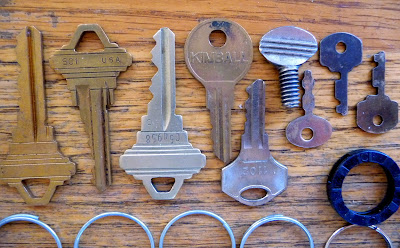 There's a small handful of marbles and metal ball bearings. Those stay, too, because they are so pretty. 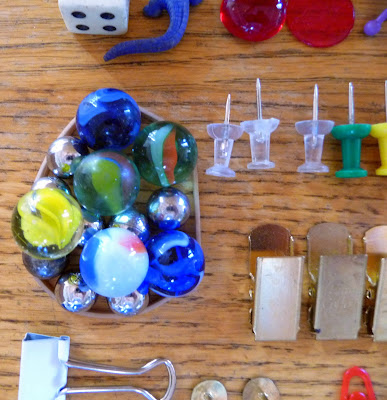 These orphans are bits and pieces of games. They get relocated to the games closet:

This stuff, below, is truly junk. I don't even know what half of these things are. I figure, if nobody's looked for them or needed them for two years, off to recycling and trash they go! 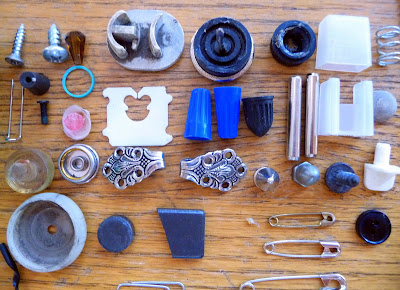 Interesting metal shapes. The picture hanger gets relocated to the tool box; the bobby pins to my bathroom. The rest is recyclable: 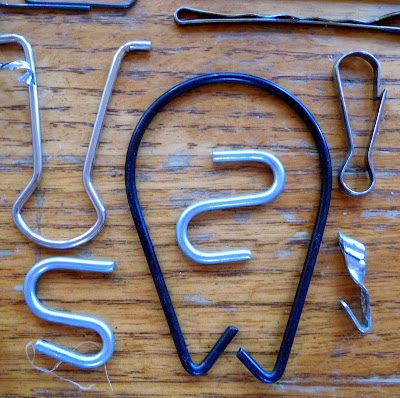 An assortment of tokens and coins, below. The American coins go in the charity box, the foreign ones go to The Boy, who began a collection when he was little, and the token to a bar in Hawaii on the far left goes back in the box to commemorate a trip we took to Norway, where we met the bar's owner.

I use clothespins from time to time. They can close a bag of chips, peg up drip-dry clothes in the laundry room, and temporarily hold broken things together as the glue sets: 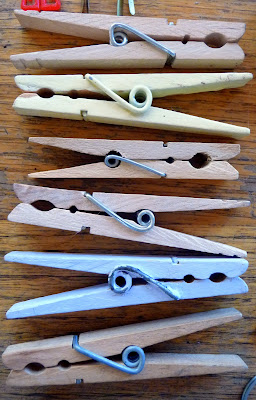 A collection of cat and dog ID tags, some from dear animals who've died. They stay; high sentimental value trumps usefulness every time for me! 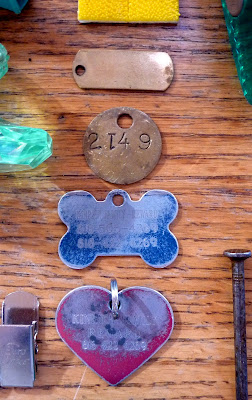 After I relocated some things, tossed some, and recycled some, I had far much less in the junk box. And it made it easier to find what was left in the box. 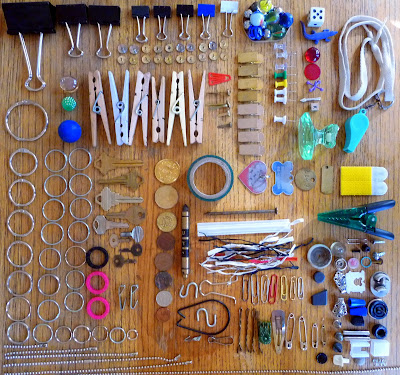 By the way, if you like pictures of things organized neatly, take a look at "Things Organized Neatly,"  developed and curated by a design student. Each day he posts a picture or two of wonderfully tidy things. Lots of visual fun!
Posted by Juli at 12:31 PM