Man, how I love a good "before-and-after" story! Magazines, newspapers, and television shows regularly feature these Cinderella transformations. I love witnessing the magic when folks renovate an old house, restyle a frump into a femme, or clear out the crud in a cluttered home. Just makes me so happy!


So of course, when I found that the renovating show Clean House was taping a show in my neighborhood, I had to go check it out: 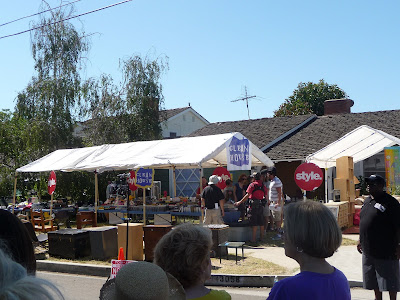 It was a hot summer morning in the Valley, but the heat didn't keep the crowds away. That was the job of the big security guy on the far right of the picture above, who kept asking for us to move out of the street:

But we want to get at the stuff, Mr. Security Dude! The family practiced twice yelling their lines ("Yard sale's open! Come on in!" or something like that), and then on the third time, we were allowed to swarm onto the premises. While we nabbed our second-hand prizes, the film crew buzzed around their Queen Bee: 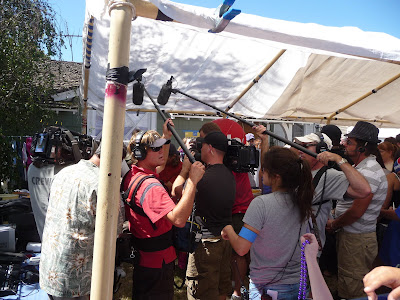 Do you see her? She's in there somewhere! 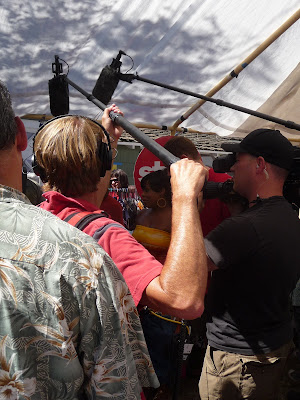 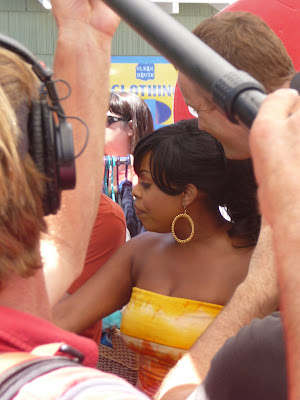 Its Niecy Nash. She’s even prettier in person than she is on camera! 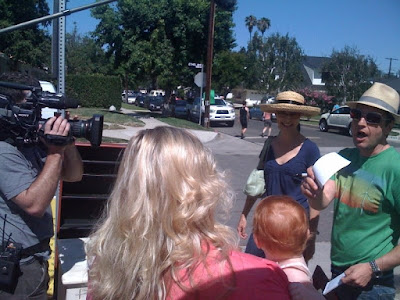 While the film crew buzzed around Niecy, I got into a bidding war with the momma of the cutest red-headed baby in all of . I paid too much for a rustic-framed mirror. But it was for a good cause, because all the proceeds go to cleaning and renovating the family's formerly clutter-choked house. 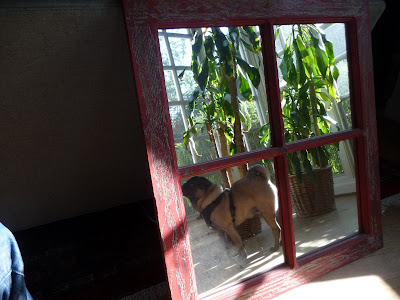 Here’s the mirror with Wonton. Now all I need is a heavy duty picture hook and a handyman.