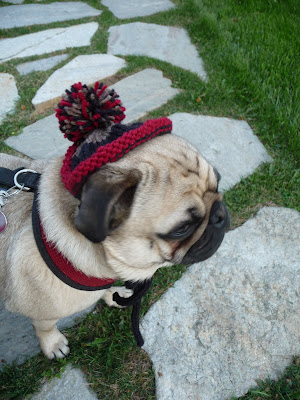 We have fun with our pets. Because, face it, they're pretty funny. Even when they don't know it. 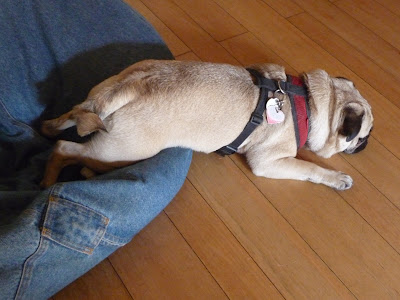 Maybe especially when they don't know it. 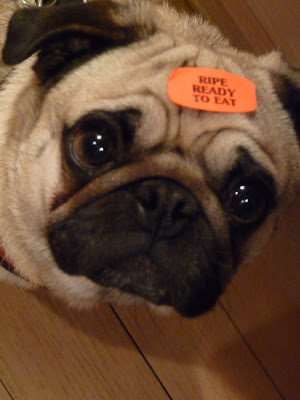 Although I think sometimes they suspect they're being laughed at. 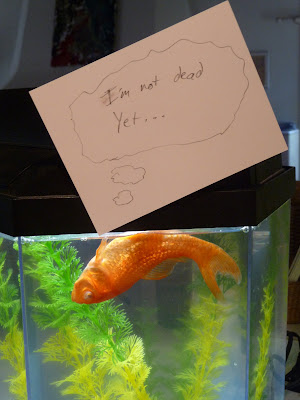 Sometimes our humor can be a little macabre. My son slapped this sign on our fish tank about a month ago.

This is Zeus, positively the longest-living goldfish we've ever had. He's about six inches long and 12 years old. He's blind in both eyes and his swim bladder is a little messed up, so when he sleeps, as he's doing here, he hangs upside down and scares the heck out of us. But when he wakes up, he swims around and looks pretty good. For a geezer.
Zeus has lived longer than any of our other family pets. He's outlasted four pet rats, two other goldfish, a tabby cat, and a pet cricket (who clocked out after six weeks). He's outlasted two fish tanks. He survived the Northridge earthquake, which sloshed him around pretty violently. But he couldn't survive indefinitely, and tonight Zeus breathed his last.
I'm going to miss his flashy presence on our kitchen counter. I'm going to miss saying, "Good morning, fish!" to him every day as I drop his fish flakes on his head. I'm going to miss the little fishy kisses he used to give me if I held the tip of my finger on the surface of his water.
Zeus was just an ordinary goldfish, but after 12 years, he wove his shiny gold thread into the tapestry of our days.
Goodbye, Mr. Fish. Thank you for being a part of our family. May you encounter nothing but clear water and big, fat fish flakes wherever you're swimming now.
Posted by Juli at 9:06 PM