I don't often give my dogs store-bought treats. Their idea of a reward is a piece of carrot, or the end bit of a banana, or a plain Cheerio.

Recently, though, the weather was very, very hot. Typical August-in-the-city weather. We're all dragging around, panting from the heat, with our tongues hanging out. So I broke my policy on No Silly Dog Treats and gave them a frozen doggy treat so they could cool off a little.

First I cracked open the box, and Won Ton snapped to "A-ten-SHUN!": 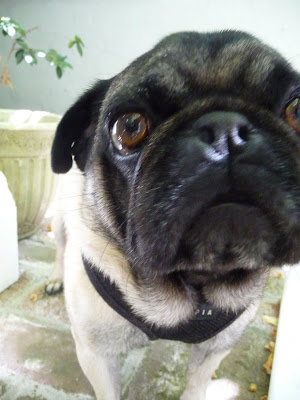 Then I put the first treat down for his brother, Mu Shu. This is the cresftallen look Won Ton gave me. "You gonna give him a goodie and not ME?": 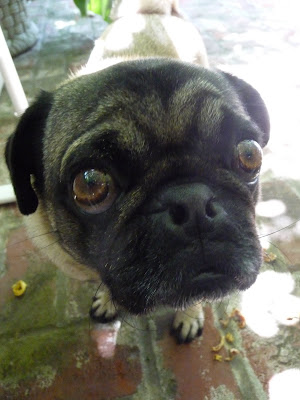 Of course he got one, too! And he was off to the races, licking that frozen blob for all it was worth: 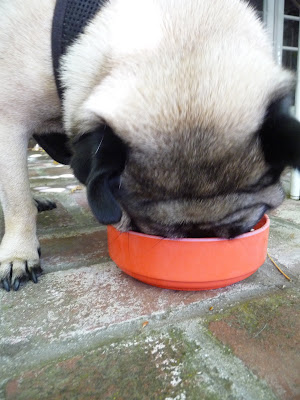 Check out the tongue action on that boy: 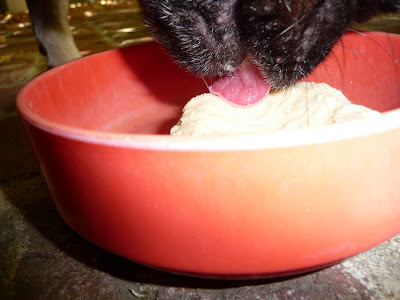 There is a look of fierce determination on this doggy's face. "I'm gonna finish this thing down to the last morsel even if it gives me brain freeze!": 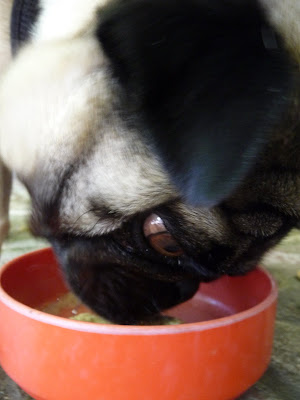 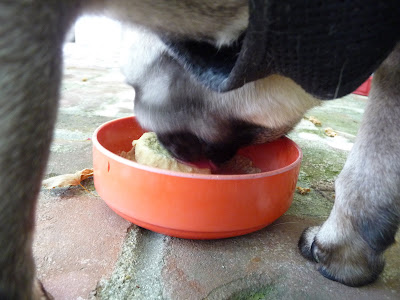 And a moment to reflect on the adorable whirlpools that decorate WT's elbows: 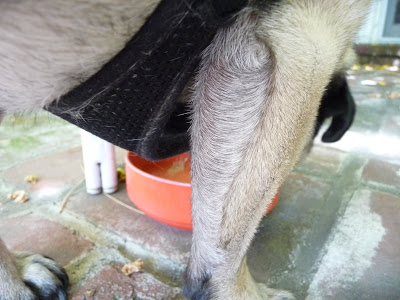 Back to business! Won Ton licked his treat so hard, the bowl skittered all over the porch. Finally he pushed it up against a patio table leg, and there the bowl stayed: 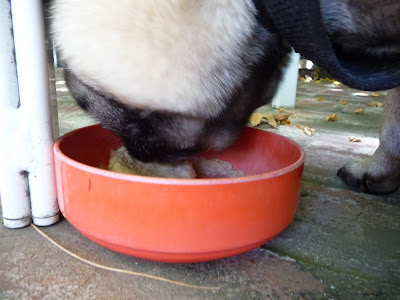 Good stuff! NOW what do you have for me to eat? 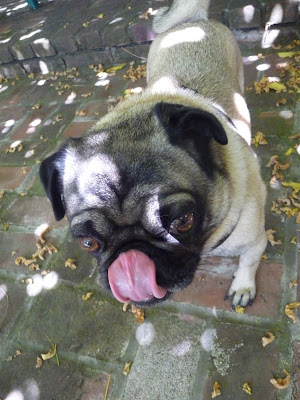