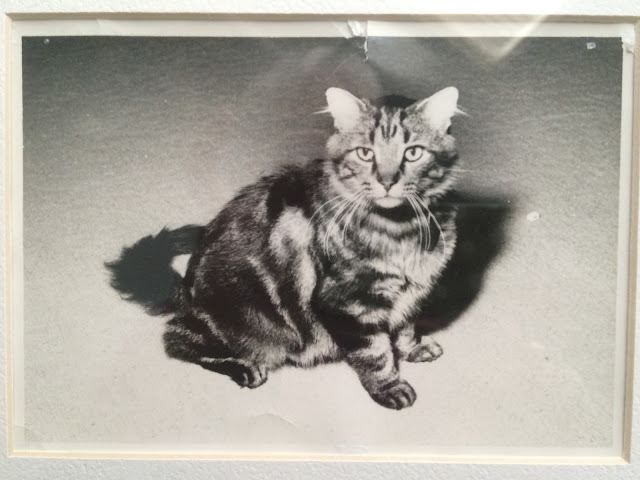 George was the Maine Coon cat I had when I was a child. He was 22 pounds of pure love--the chillest, coolest cat I ever knew. 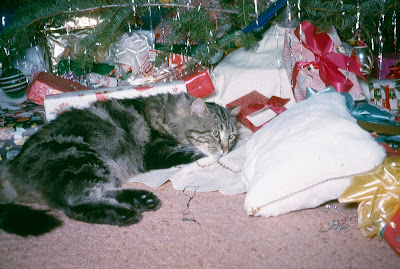 I adored all cats, but I adored George to the nth degree. 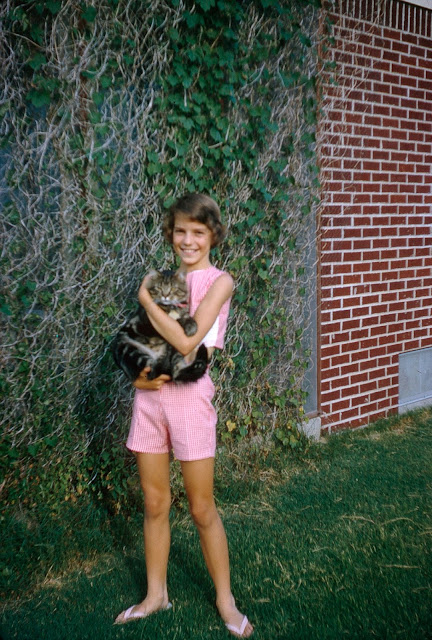 When I was 12, my family had to move from Kansas to California. My parents made me leave George behind. They found another family to adopt him. Leaving George broke my heart.

To this day, there's a George-sized hole in there.

This is my cat now. Roosevelt is currently about 17 years old: 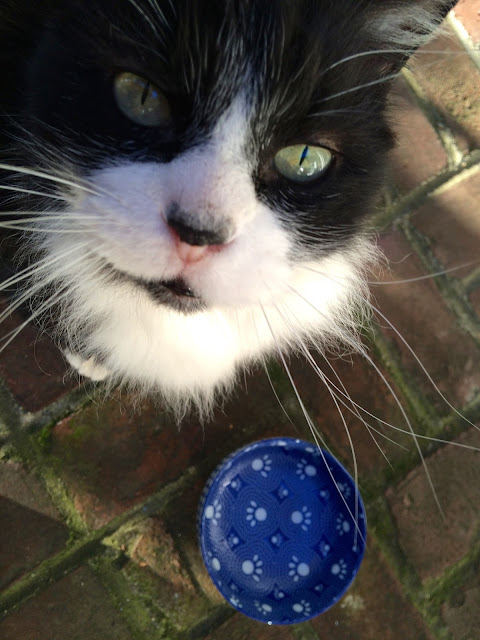 Rosie was less than a year old when he wandered into our yard. The Hubby and I weren't looking for a cat, but he was clearly in need of a home. The vet said--judging from Rosie's broken-off baby teeth and abraded front paws--he was probably tossed out the window of a moving car.

With such a rough beginning, Rosie deserves all our love and devotion. But when he eventually passes into the Great Beyond, I'm getting a Maine Coon cat once again. It will be a rescue, because that's the only way I do it. I always vowed I'd wait for a Maine Coon until after Rosie left us.

And then this happened: 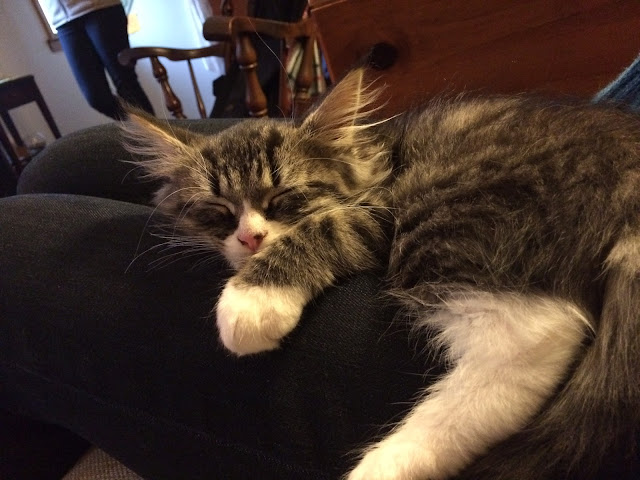 This is an eight-week-old, unnamed female Maine Coon that a friend of my daughter's bought off Craigslist. (Bad Move #1, people: Don't buy pets off Craigslist!)

He brought her home to his anti-cat girlfriend, hoping she'd change her mind. She didn't. She told him to get rid of the cat. (Bad Move #2, people: Don't get a pet without the approval of everybody in the house!) 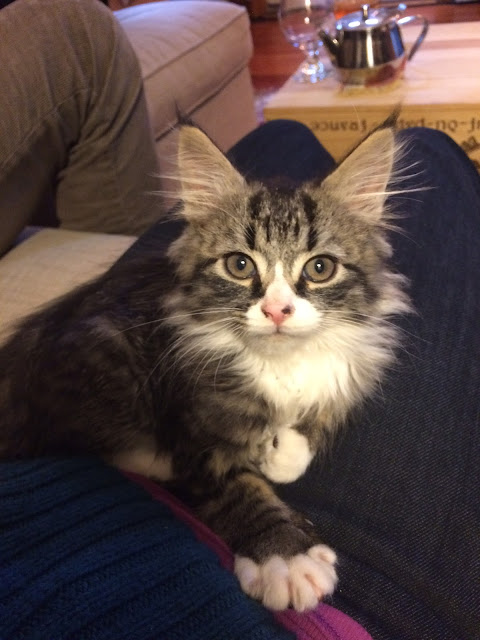 If this kitten lived in Los Angeles, I'd toss aside my vow to let Roosevelt be the One and Only, and I'd take this foundling into our home. I want a Maine Coon so much!

But she's in Boston. She's a kitten (cute but so destructive!). Rosie is still with us. And Lovely Daughter #2 says she's pretty sure she can find the kitten a Forever Home where everybody wants her and will keep her forever.

So, no Maine Coon for me yet. But when the time comes, I'm getting another one.

And boy or girl, its name will be George.