Lovely Daughter #1 (the ER doc) went to the Tompkins Square Halloween Dog Parade in Manhattan yesterday. It's one of the best, most creative collections of costumed dogs and dog owners in New York City. (Take a look at the link in this paragraph to see some more of the wonderful costumes there.)

My daughter's posse of five 5 people and three dogs all piled into one Uber ride to get there: 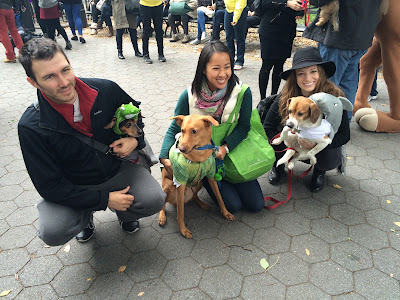 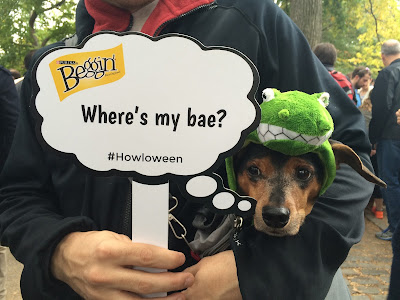 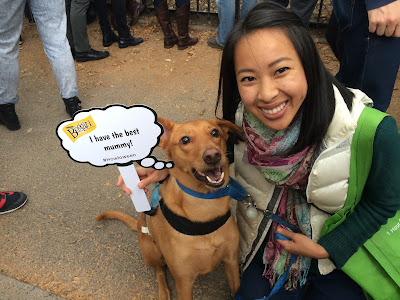 Naturally, she took some pictures of Pugs, like YodaPug: 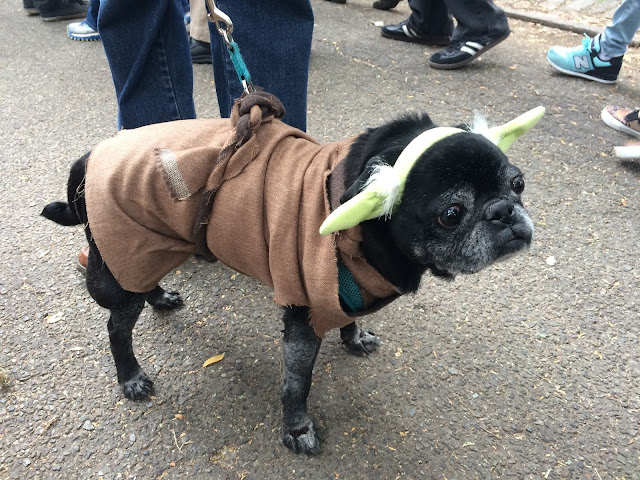 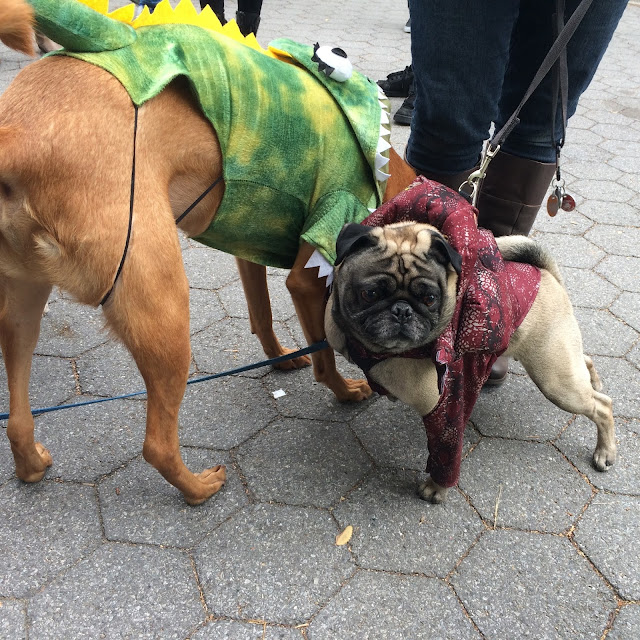 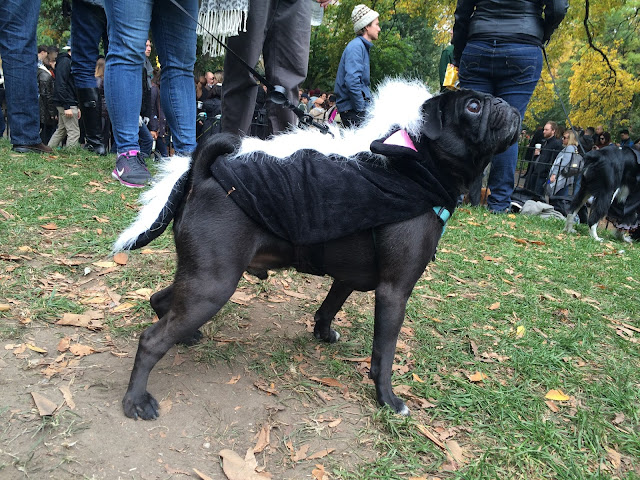 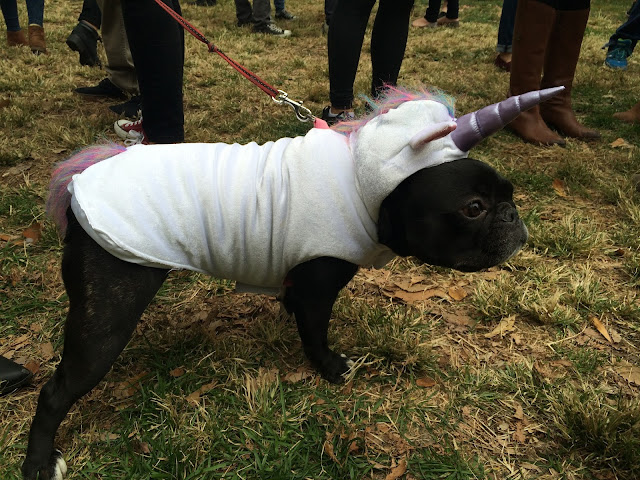 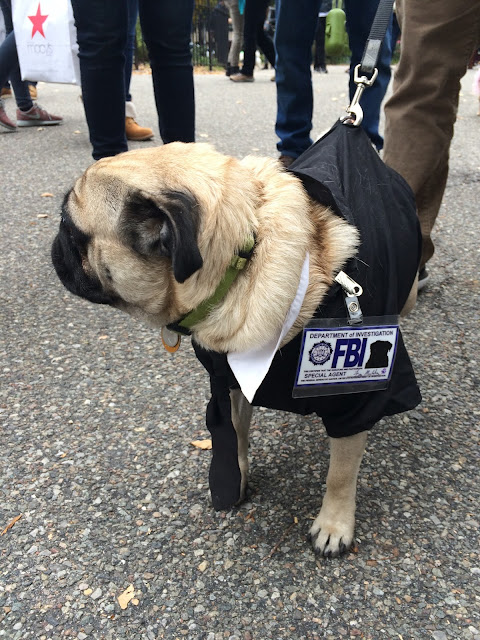 Some of the costumes were pun-tastic. This cutie was entered in the costume contest as "a wolf in sheep's clothing": 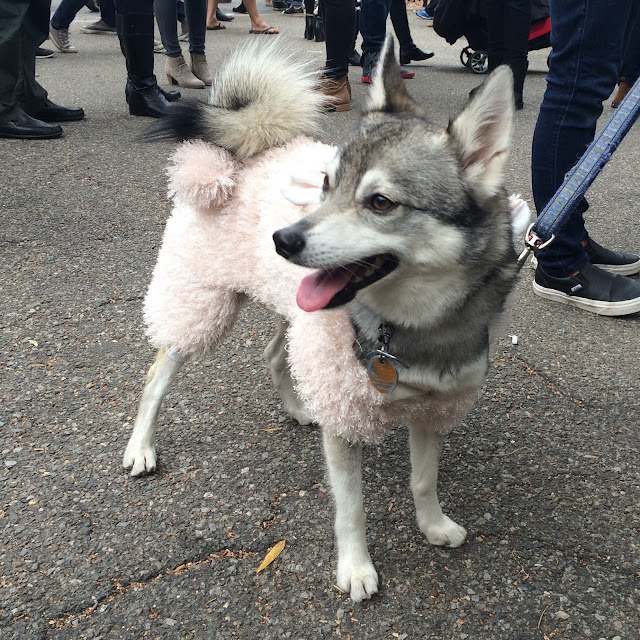 This weiner dog confused me at first, but LD#1 explains that he's a Bloody Mary drink: 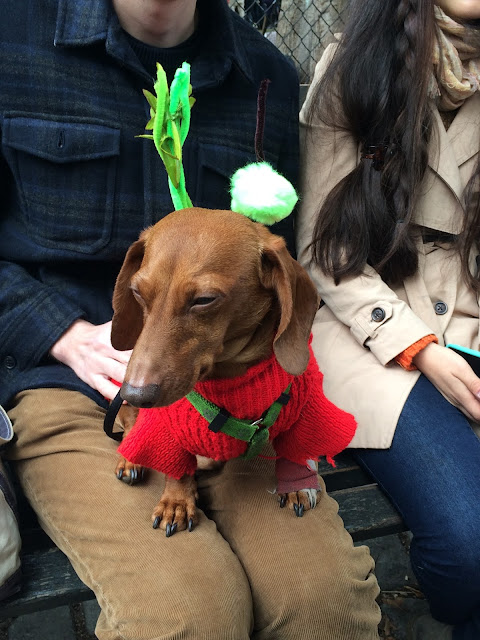 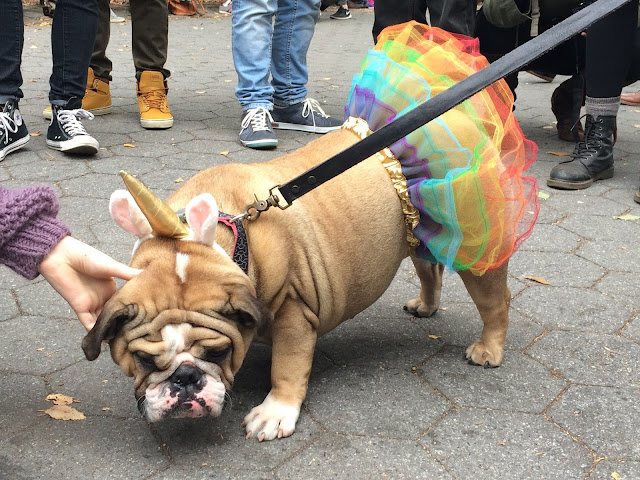 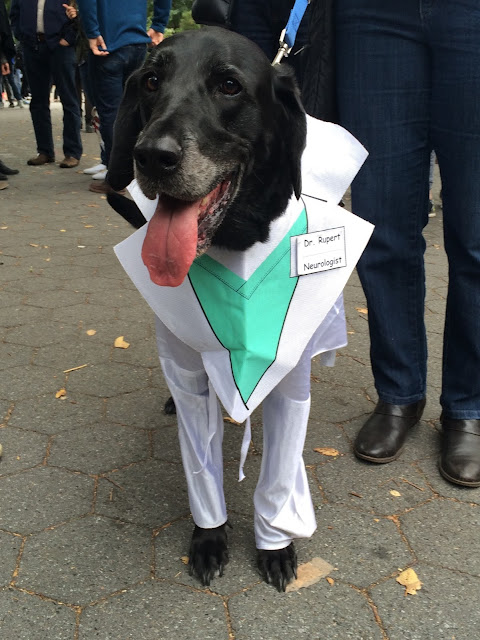 She says this little dude's name was "Pepe," no joke!: 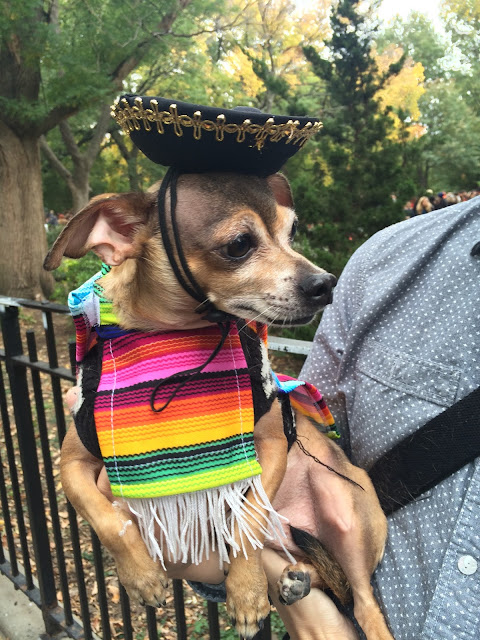 Three Chihuahuas, three superheroes. LD#1 says of Batman on the left, "Extra points for drawing on the mask!": 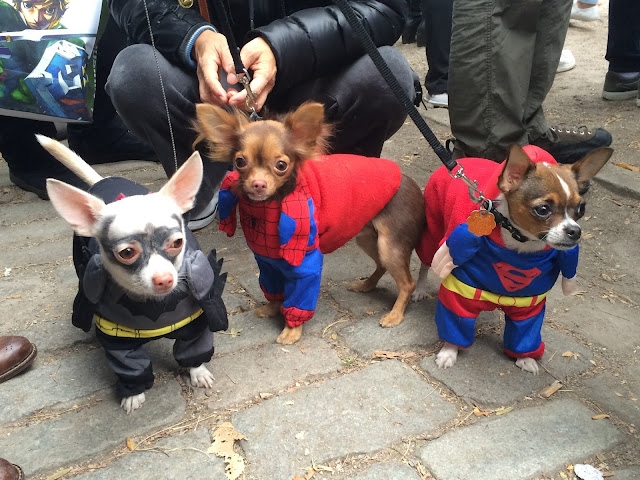 And this Pom was about the cutest Chewbacca, ever: 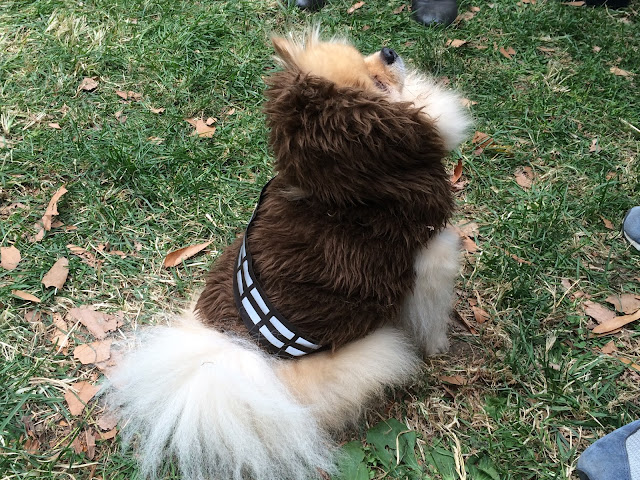 Her favorite "Star Wars" entry was this trio. Han Solo, Luke Skywalker, and the dog as "Princess Leia" in the slave costume. Daughter was laughing too hard to get a great photo, but if you look closely, you can see the pooch is rocking a metallic bikini bra, a long braid, and a bikini bottom with harem-style pants: 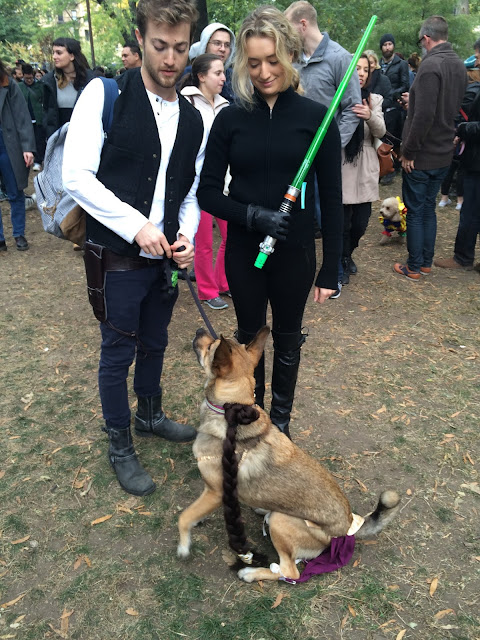 Next year, I just may have to fly to NYC to catch this fun even in person.