Once a year, my book club meets in Malibu, at the beachside home of one of our (very fortunate) members. It's always a treat. But this year, something was missing from the sandy beach.

There was absolutely no beach! There wasn't even any sand! 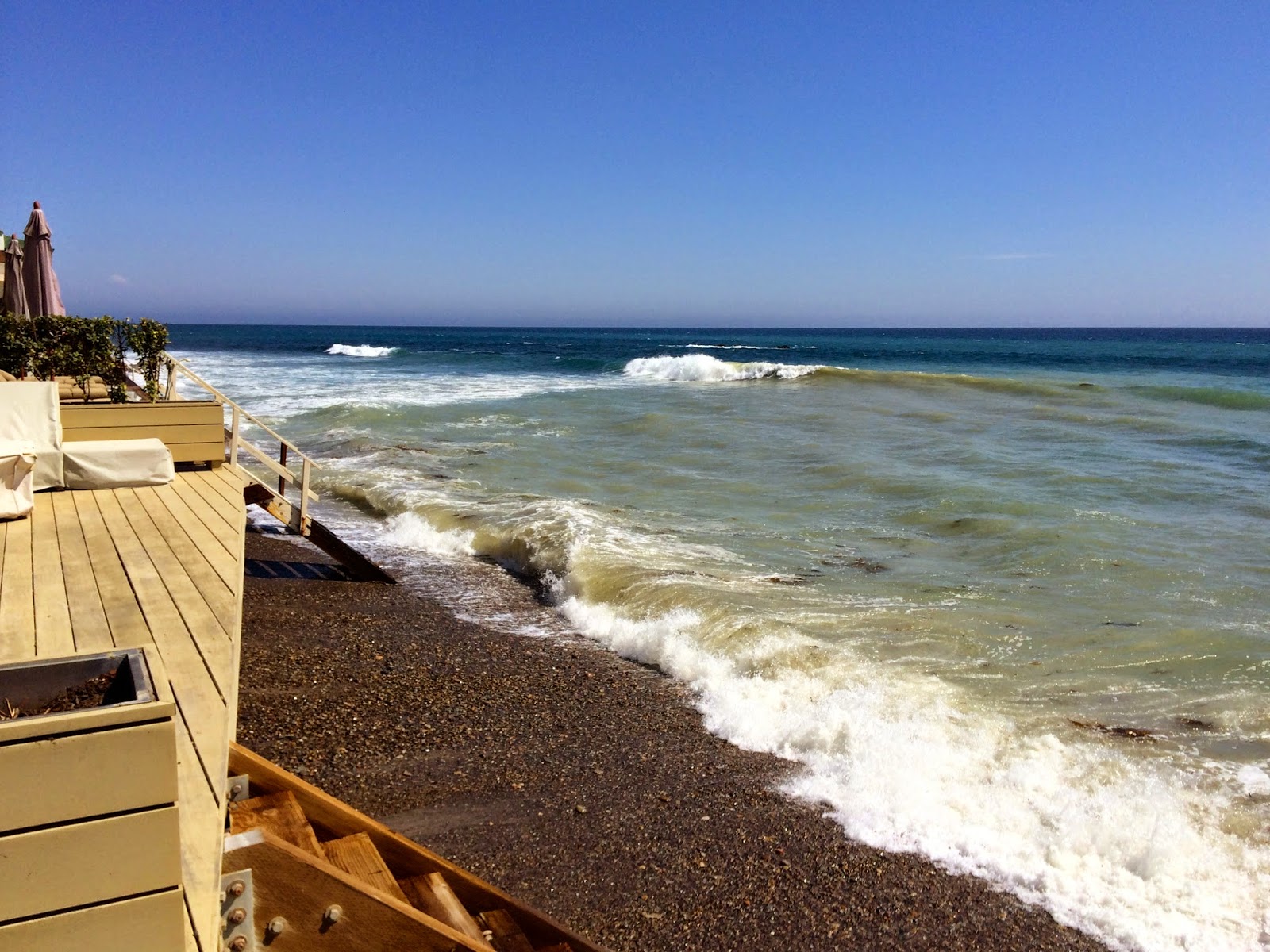 Usually, 40 or 50 feet of sandy beach separate my friend's house from the waves. But due to a couple of hurricanes in the Pacific, it was stripped away. The ocean washed right up to the decks of the houses: 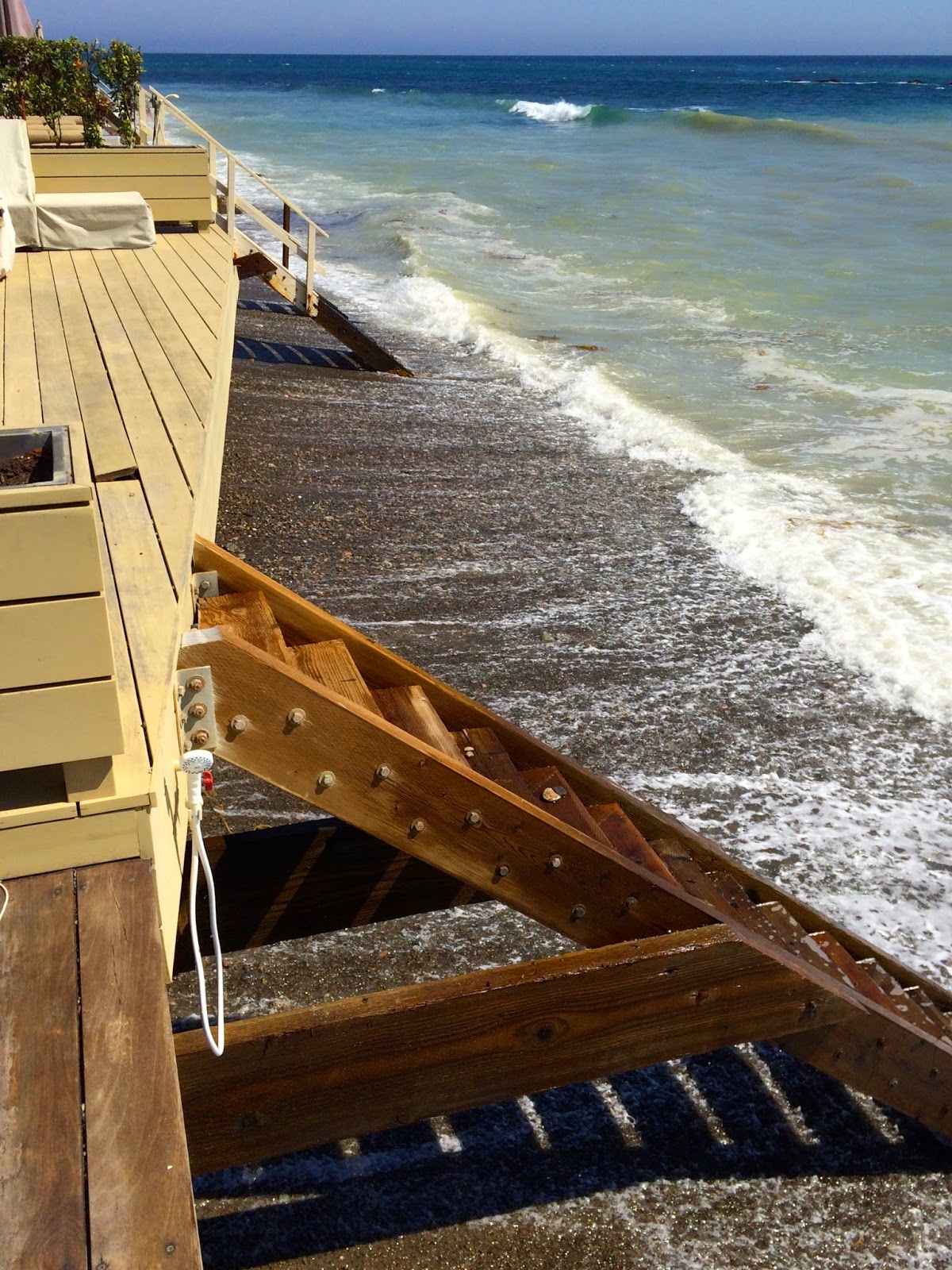 Actually, the waves whooshed right under the decking. It was a strange sight, and it sounded even stranger. The rocks and pebbles (usually buried under mounds of sand) roared as each receding wave tumbled them about: 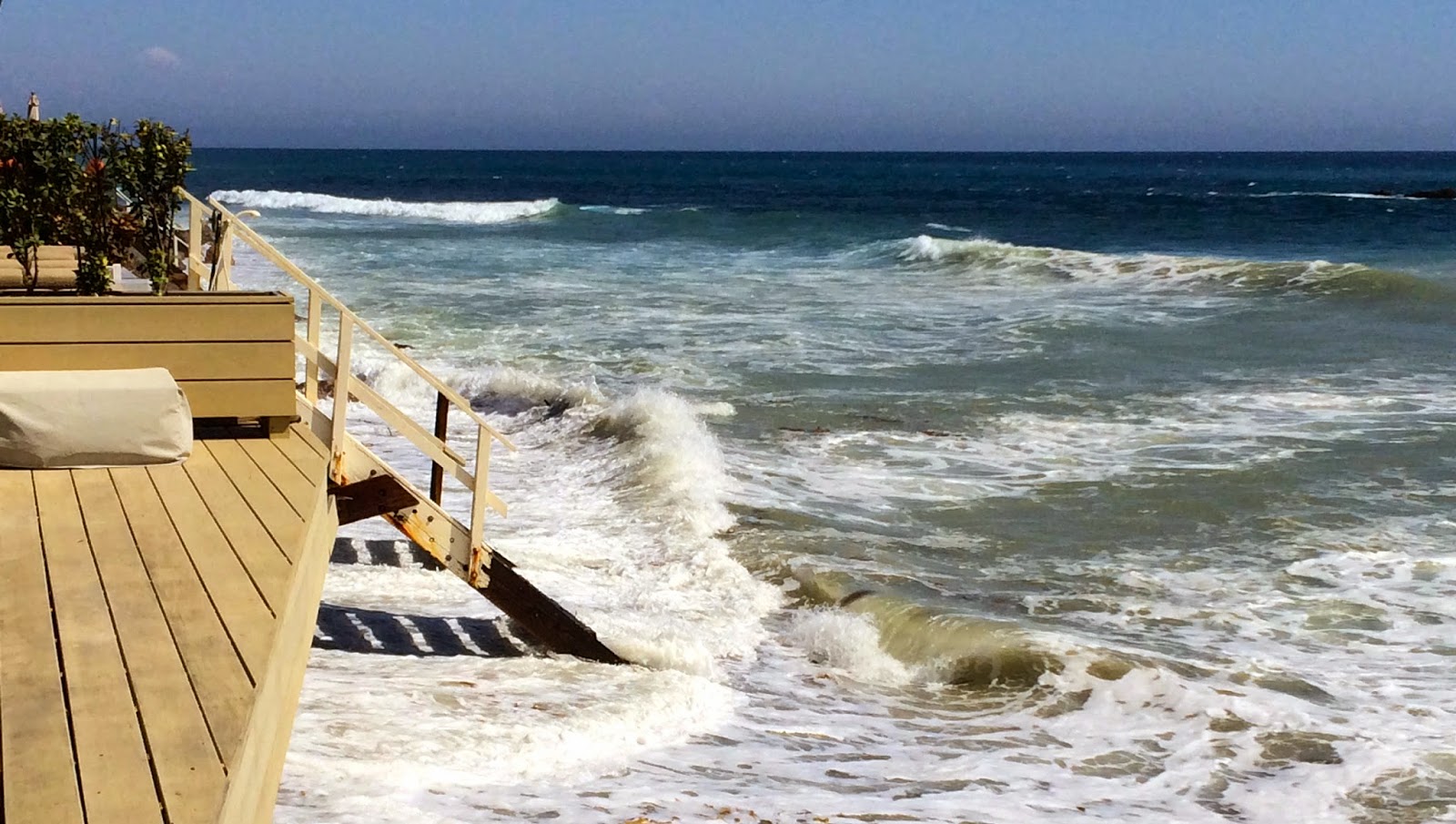 It was almost hard to hear each other on the deck, the noise from the swirling rocks and pebbles was so loud. 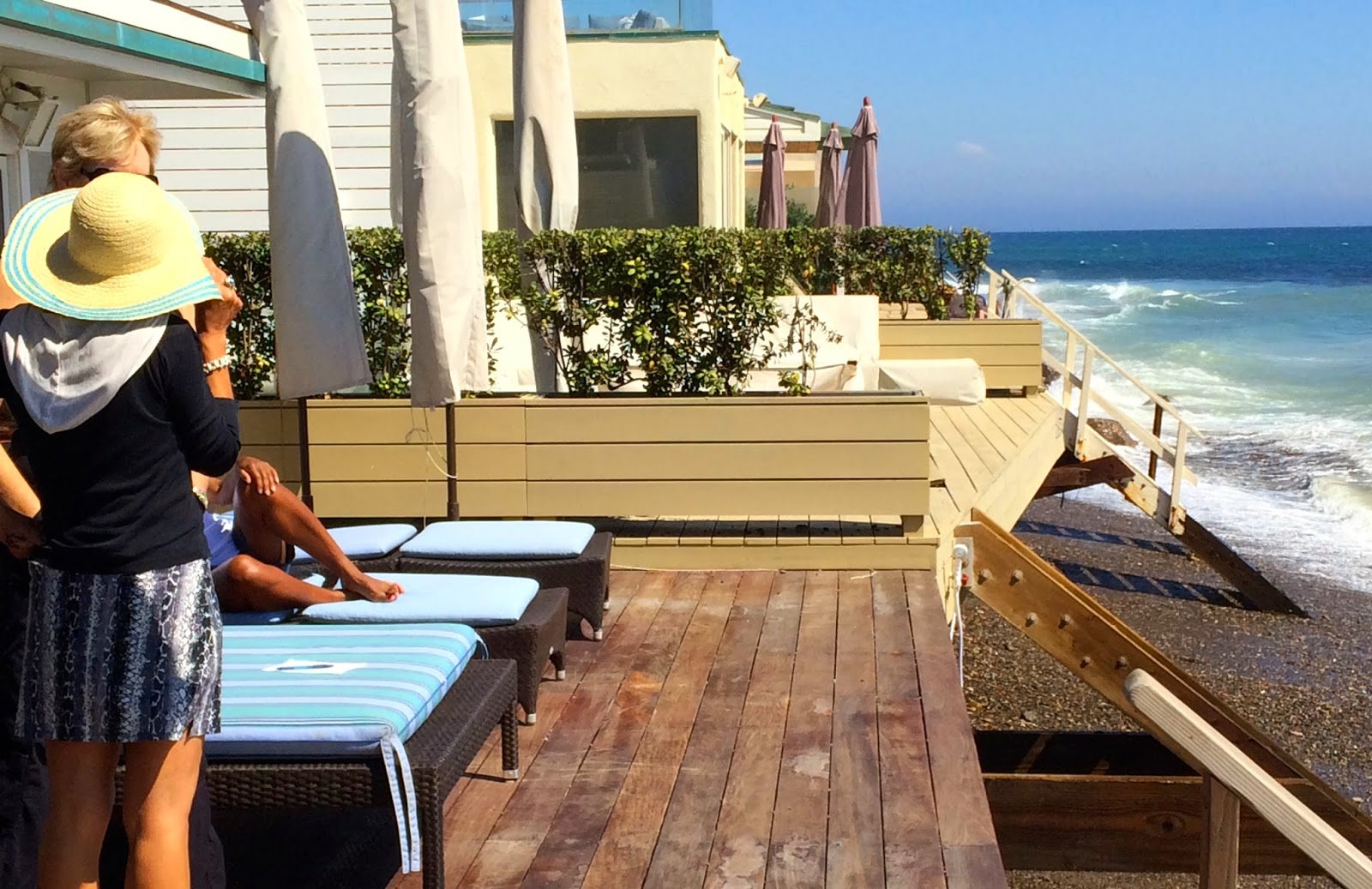 But what a beautiful place to spend an afternoon talking about books! This was the (sand-less) view to the north: 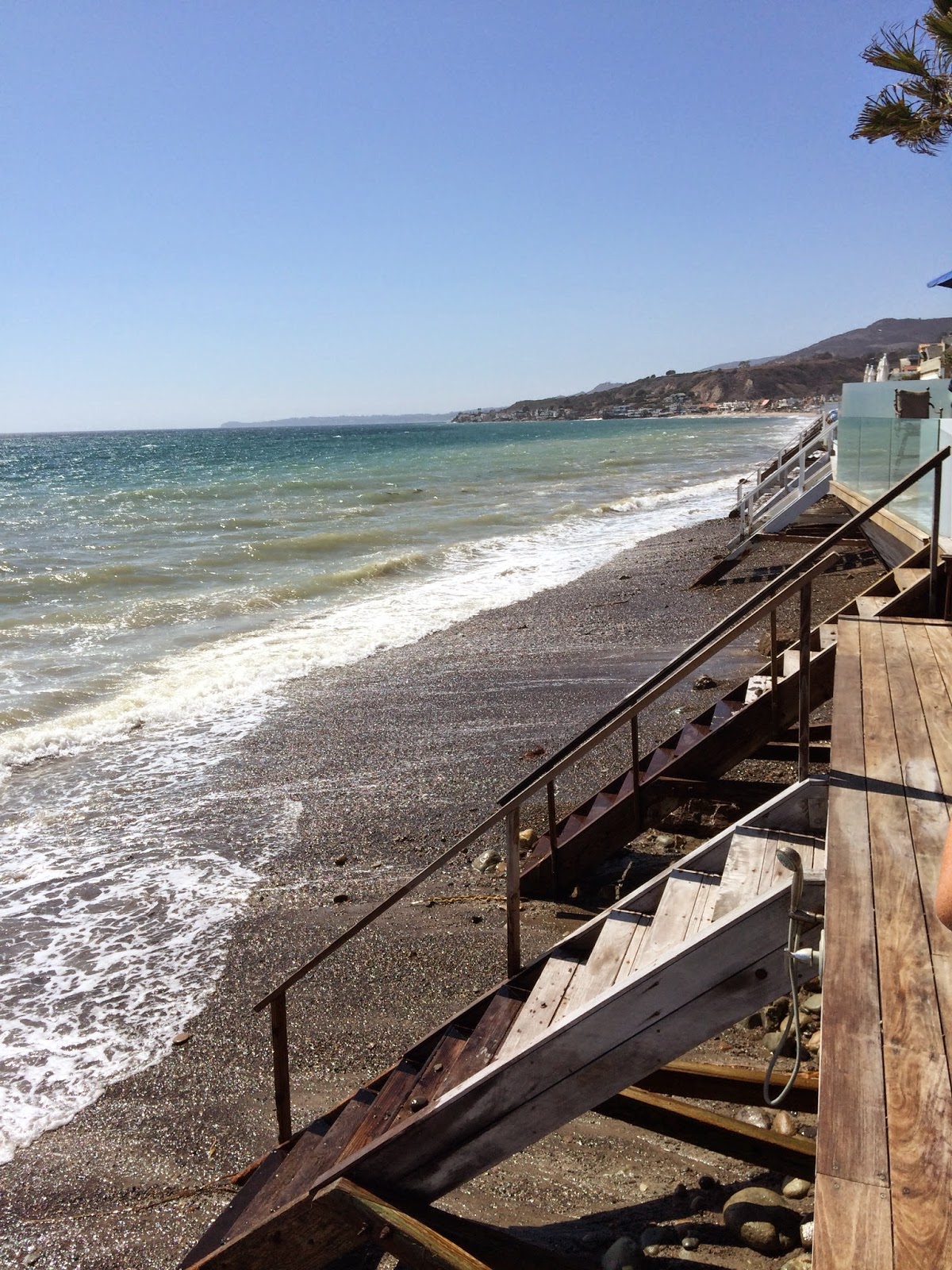 And this was the (equally sand-less) view to the south: 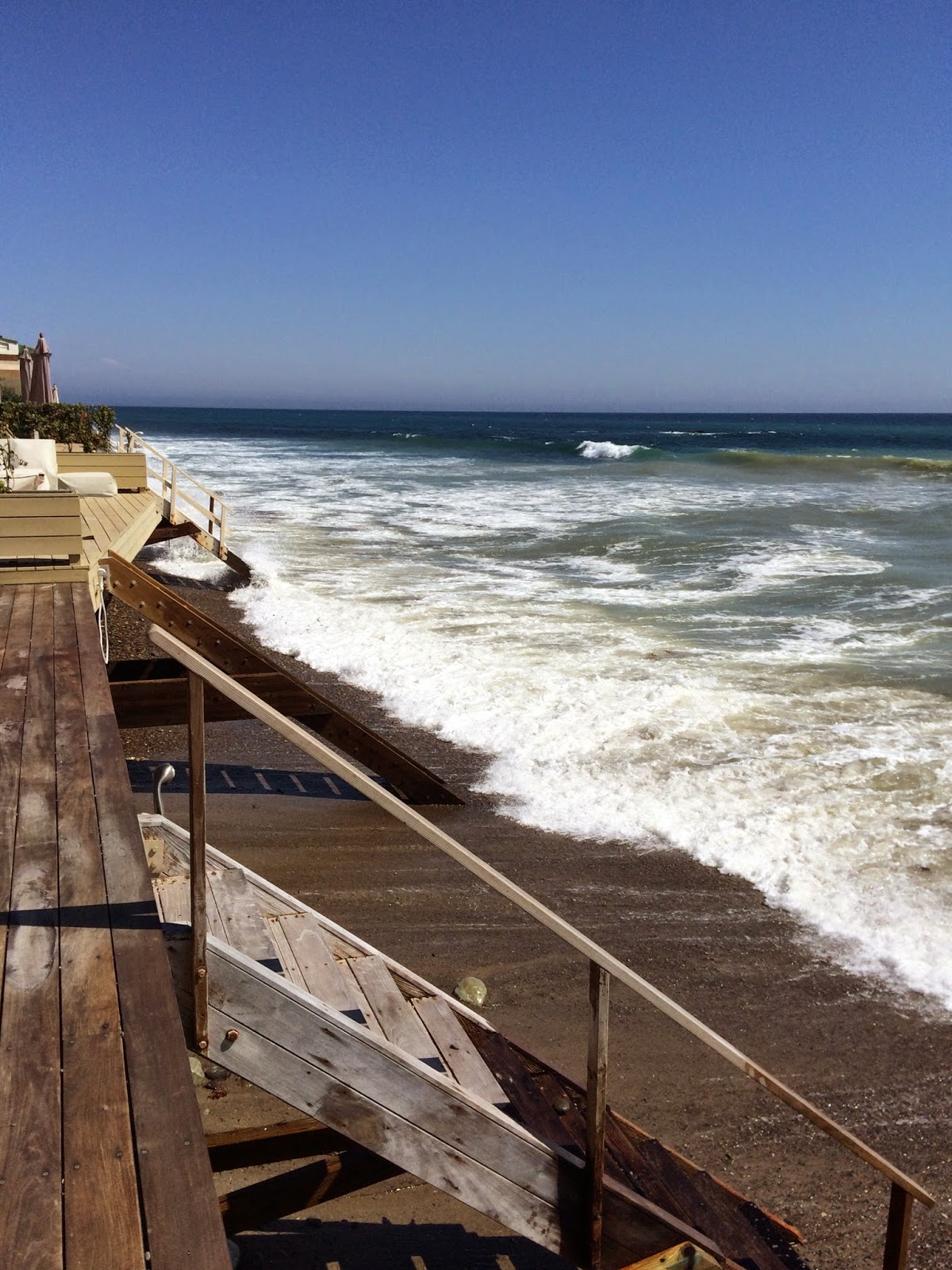 While we were on the deck, we saw seals, surfers, pelicans, and dolphins. 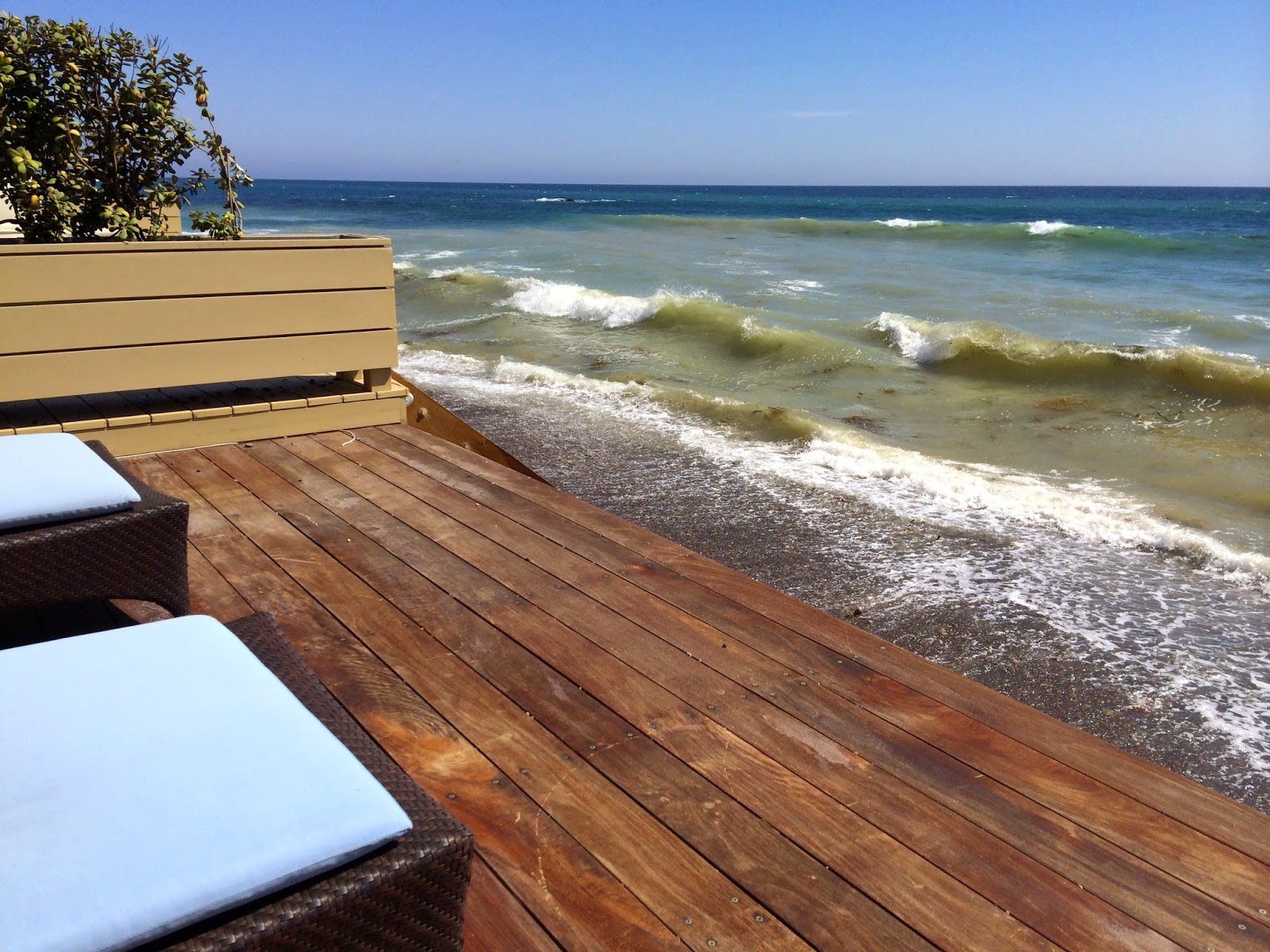 But the scene-stealer was the weirdly beautiful beach, stripped of its sand... 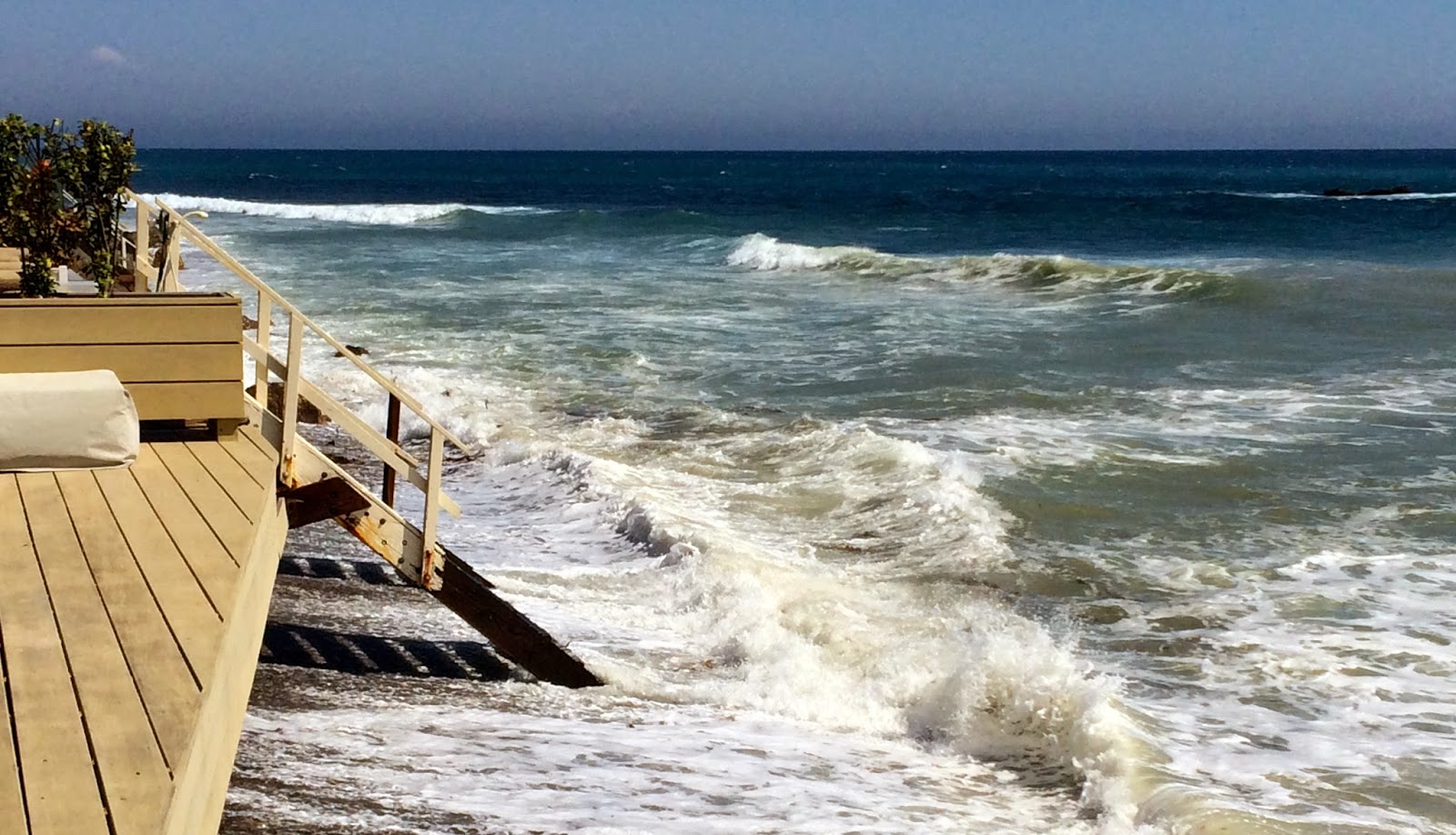 ...and the waves that came pounding in: 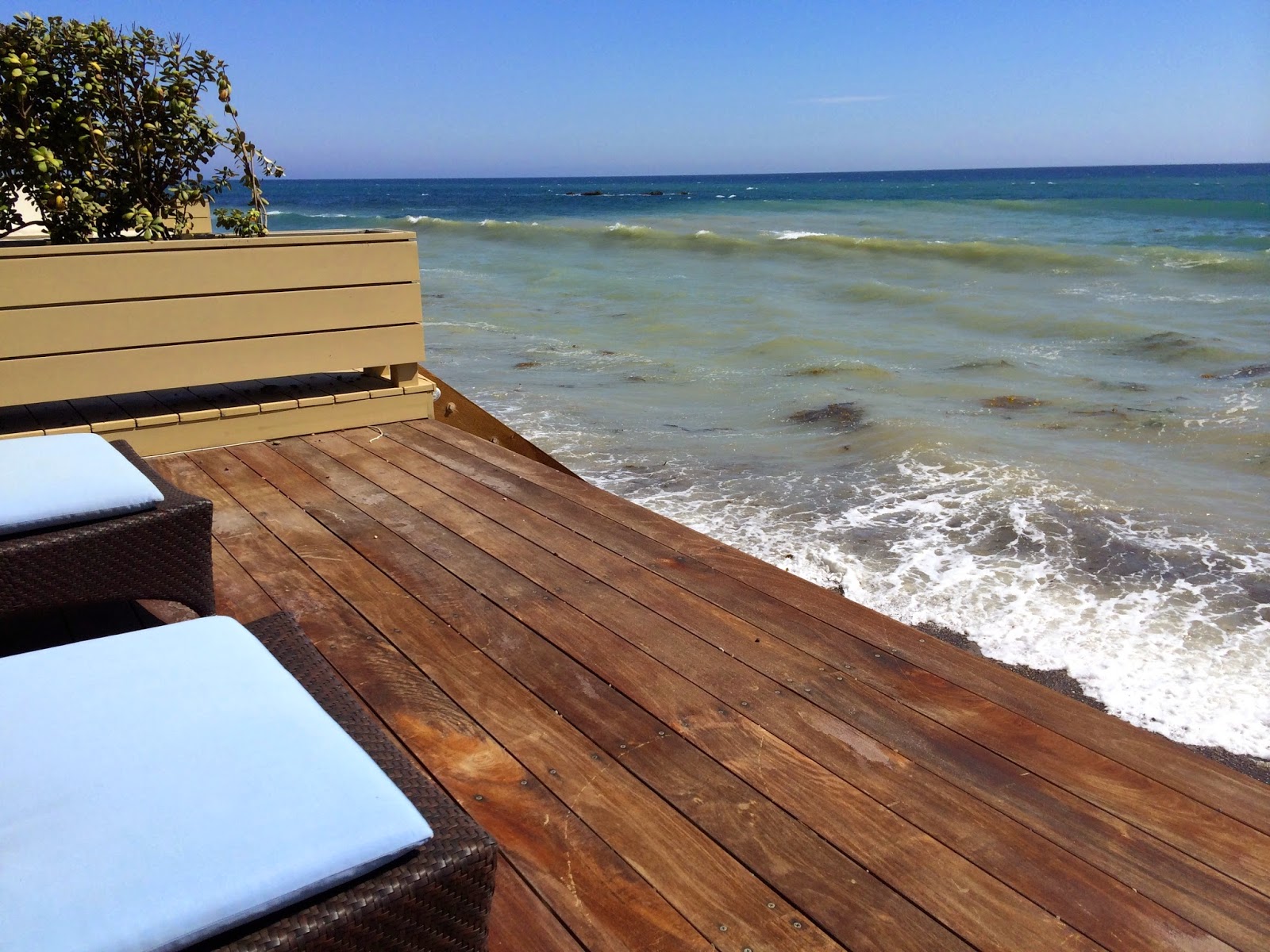