Along with renovating the guest bedroom (which I blogged about yesterday), we redid the guest bathroom as well. Here are our Befores and Afters.

Before: The sink/cabinet and toilet area had naked subfloor (there used to be pink shag carpet in there, but it died after a plumbing accident). There was prissy wallpaper, a cheap, ugly sink/cabinet and a toilet, while appealingly retro-looking, that was old and feeble. The only thing I liked was the display cabinet, which I found years ago (at Pottery Barn, I think): 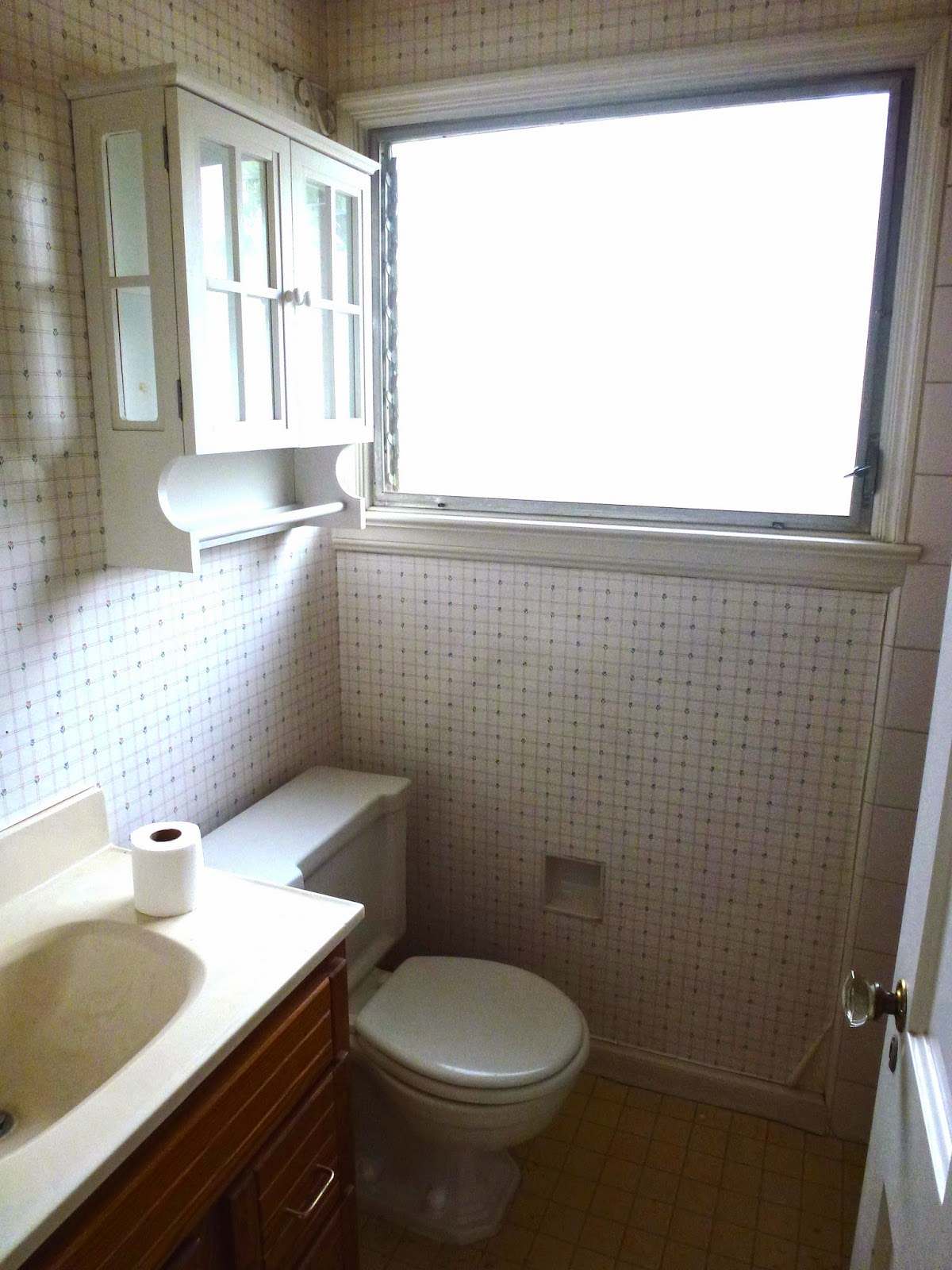 After: A pedestal sink and matching toilet from Kohler. New flooring--the same that runs throughout most of the house, now: 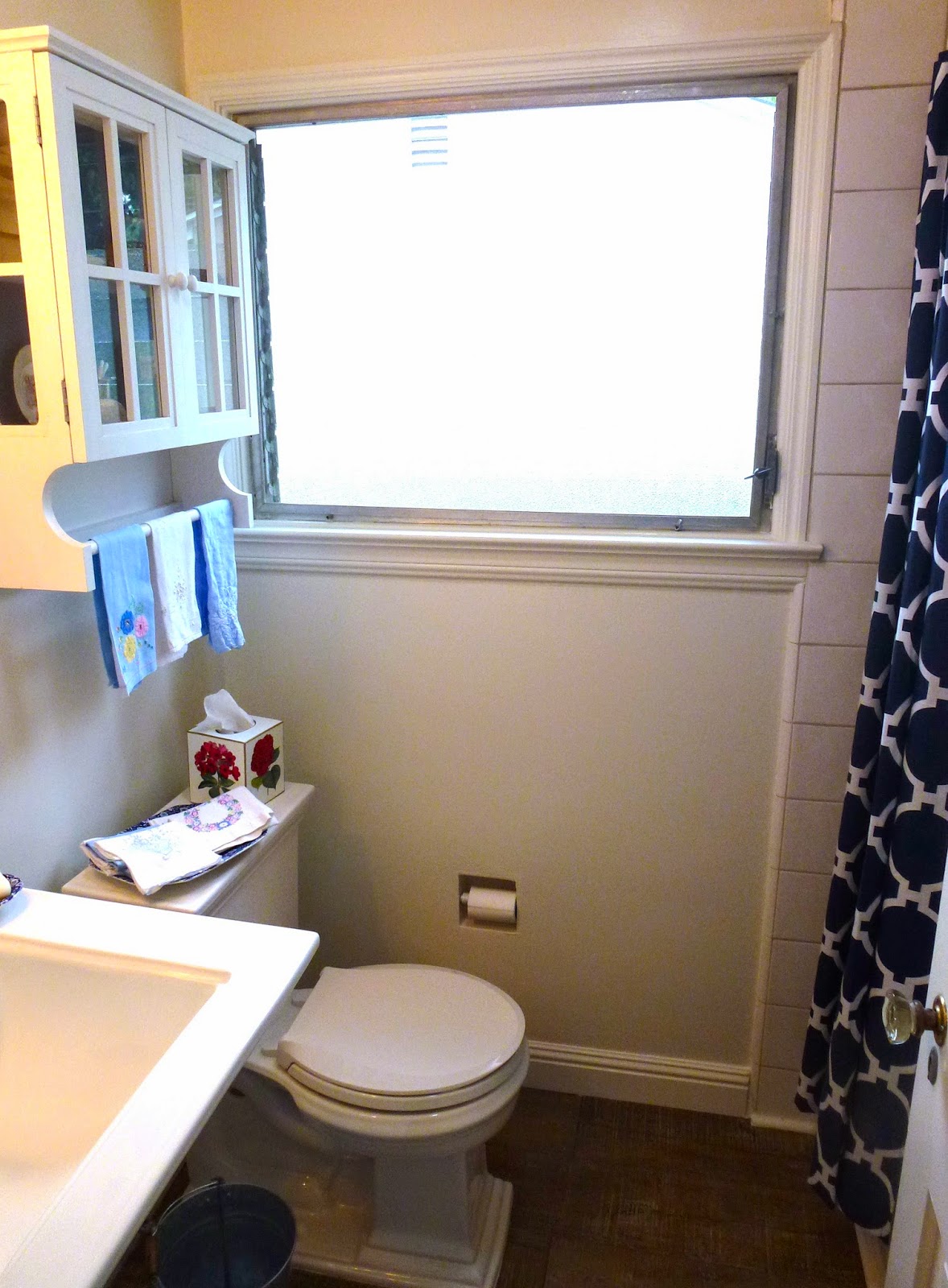 Before:  A cheap, mirrored medicine cabinet with a rusting interior, an ugly, inefficient light, and a closer look at that awful wallpaper: 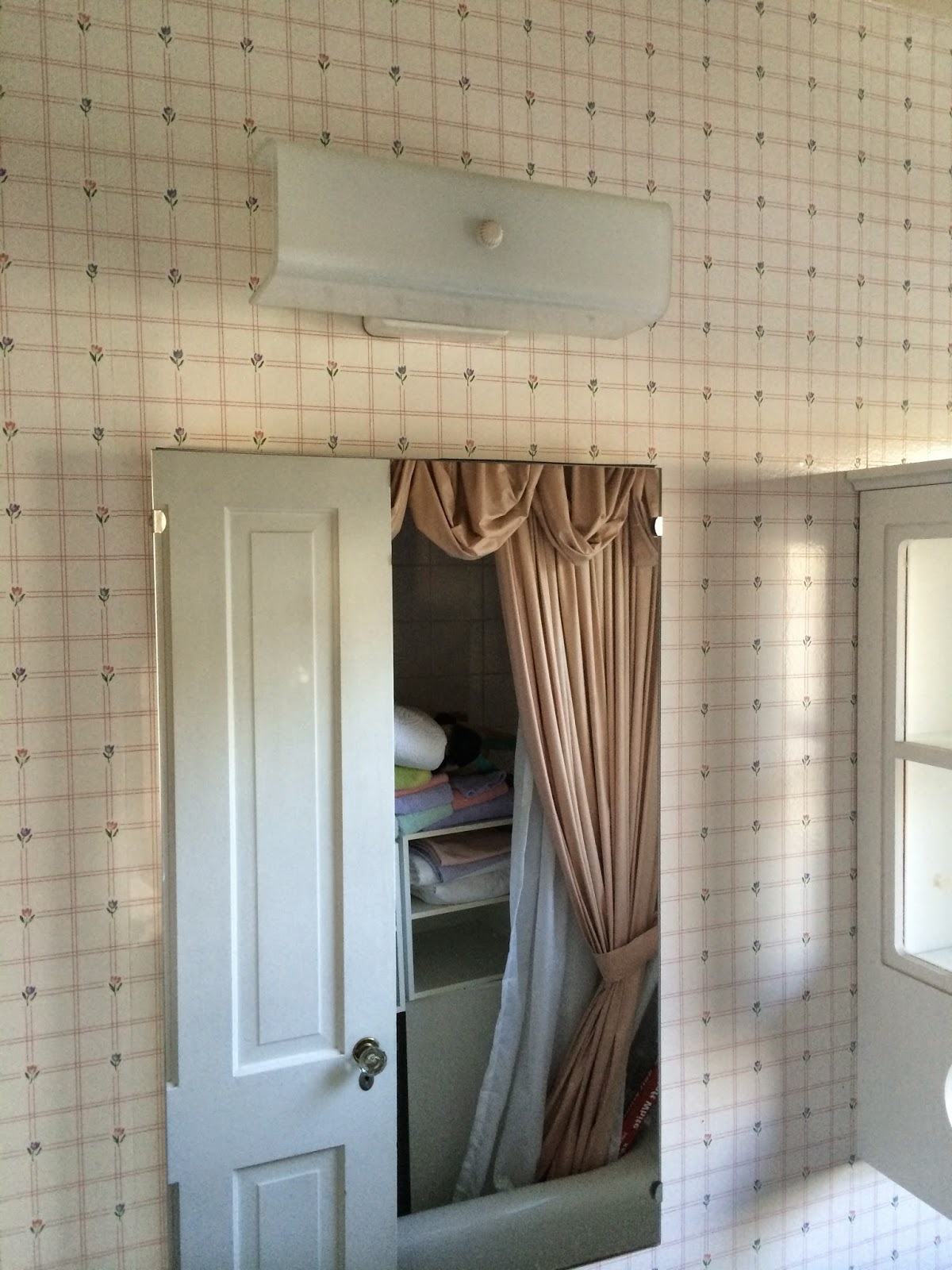 After: A double sconce from Restoration Hardware and a cute, curvy mirror I found next to a dumpster in an alley. The fresh, white walls are painted with Benjamin Moore's "Swiss Coffee" (also used throughout the renovation for our trim color): 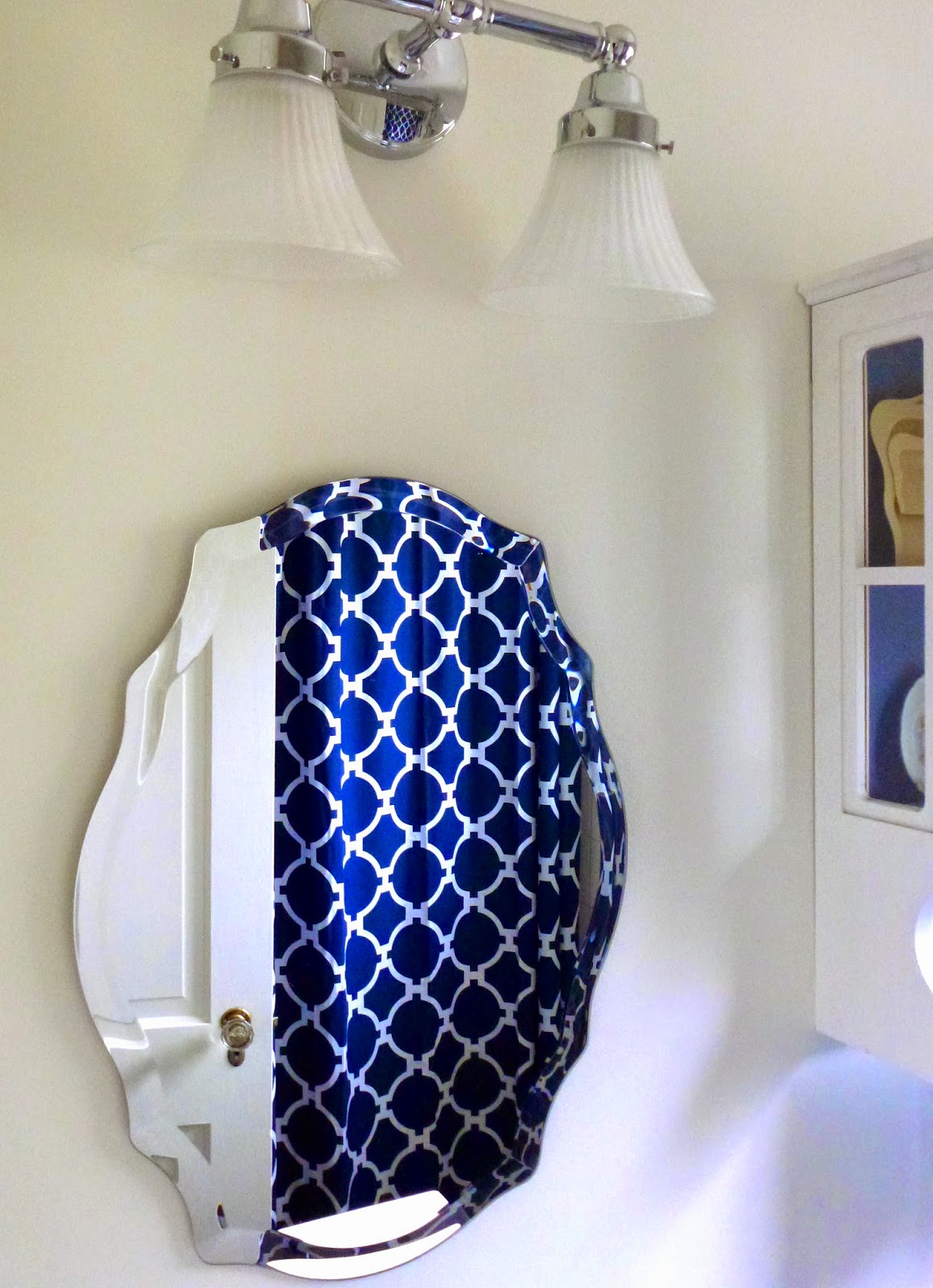 Before: The sink was one of those horrible plastic ones with a cheap, engineered-wood cabinet below it. The ball-style, hot-and-cold faucets were straight out of the 1960s: 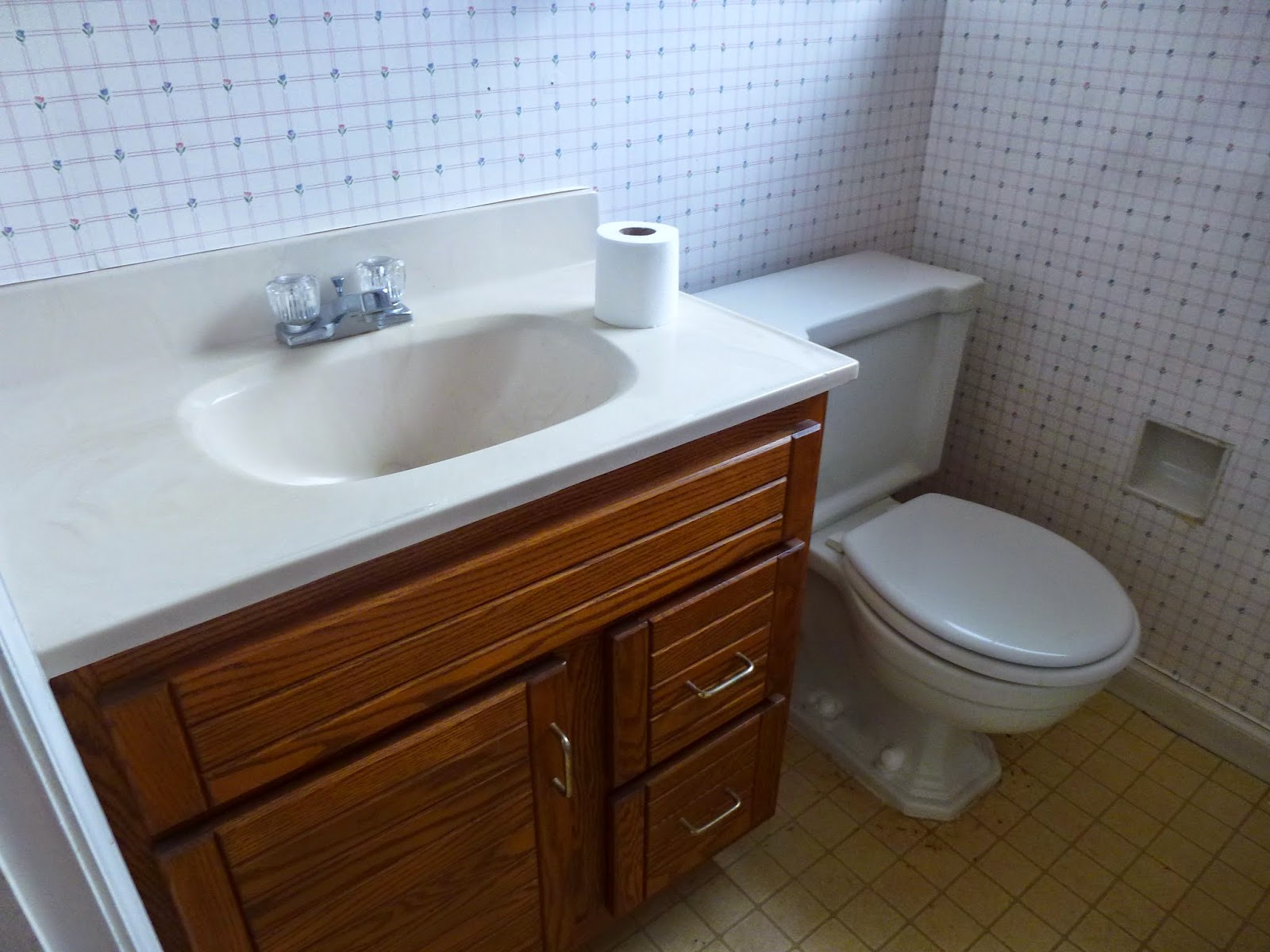 After: A better view of the Kohler sink, with classic faucet fixtures from California Faucets: 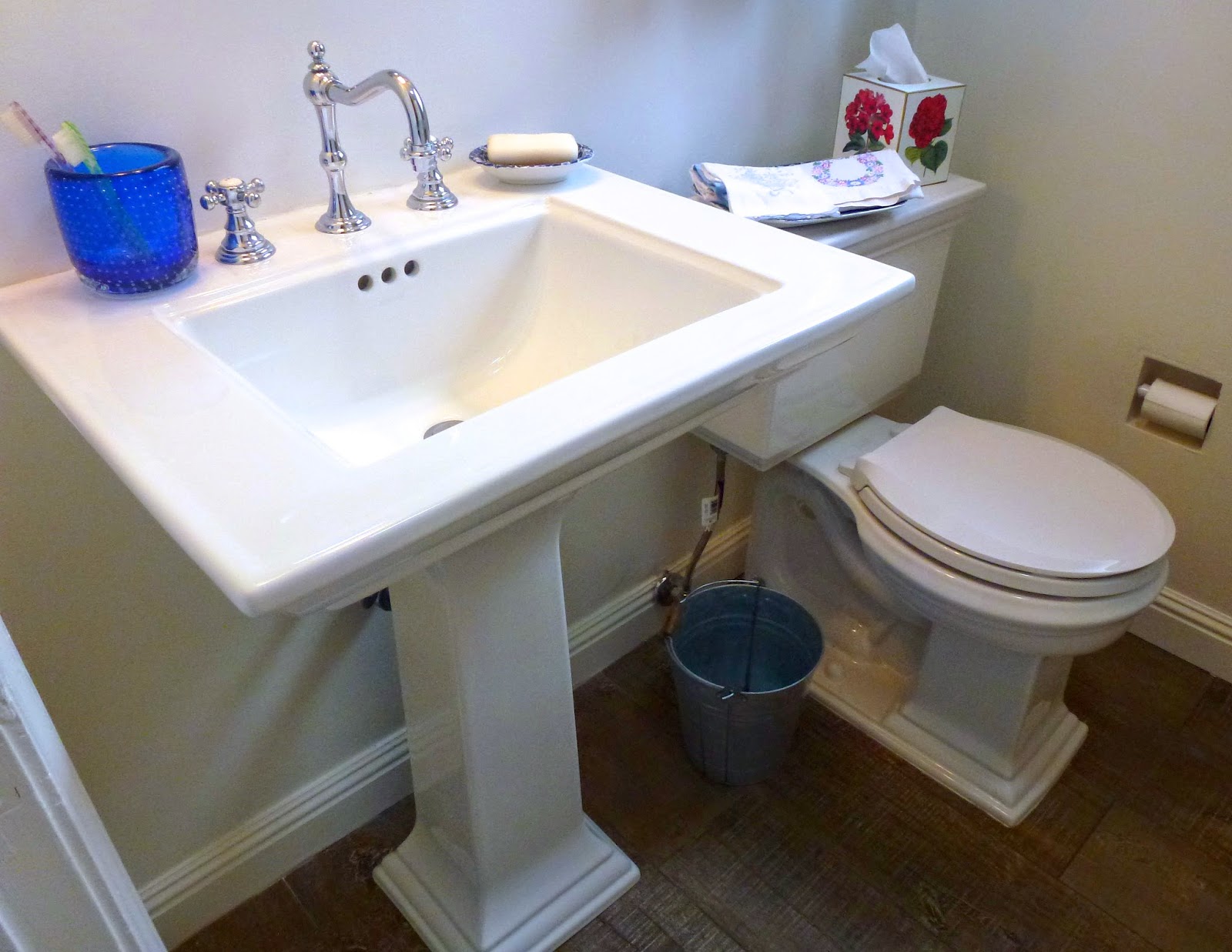 Before: A dust-catching shower curtain that looked like a prom dress from the 1980s. It ran all the way to the ceiling, effectively blocking off all air circulation and making the bathtub resemble a cave when anybody dared to shower: 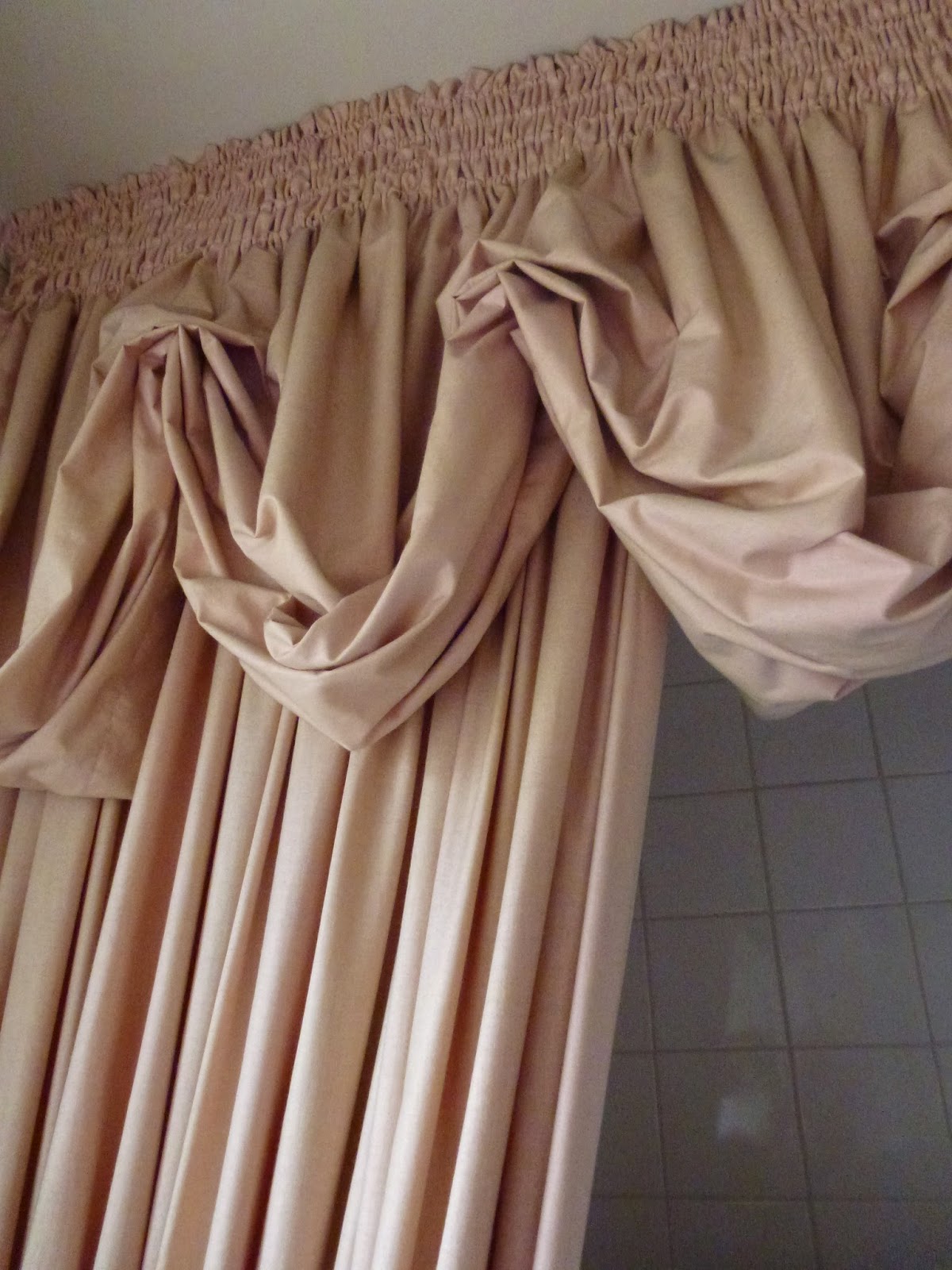 After: A clean, contemporary shower curtain, rod, and hangers from Pottery Barn, mounted to allow air to circulate and natural light to illuminate the tub area: 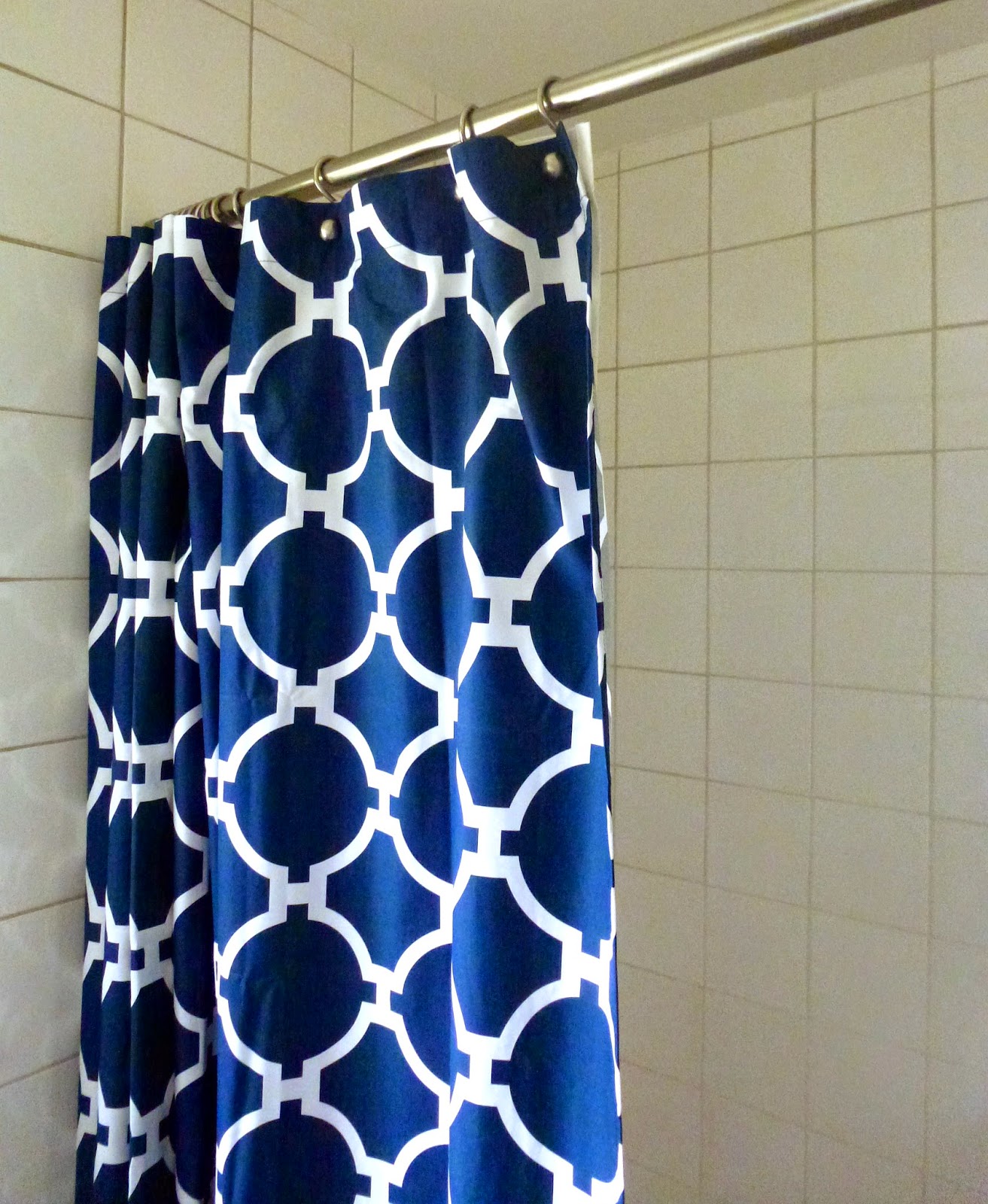 Because it's a guest bathroom, I could put some cute, nonessential things in the display cabinet: 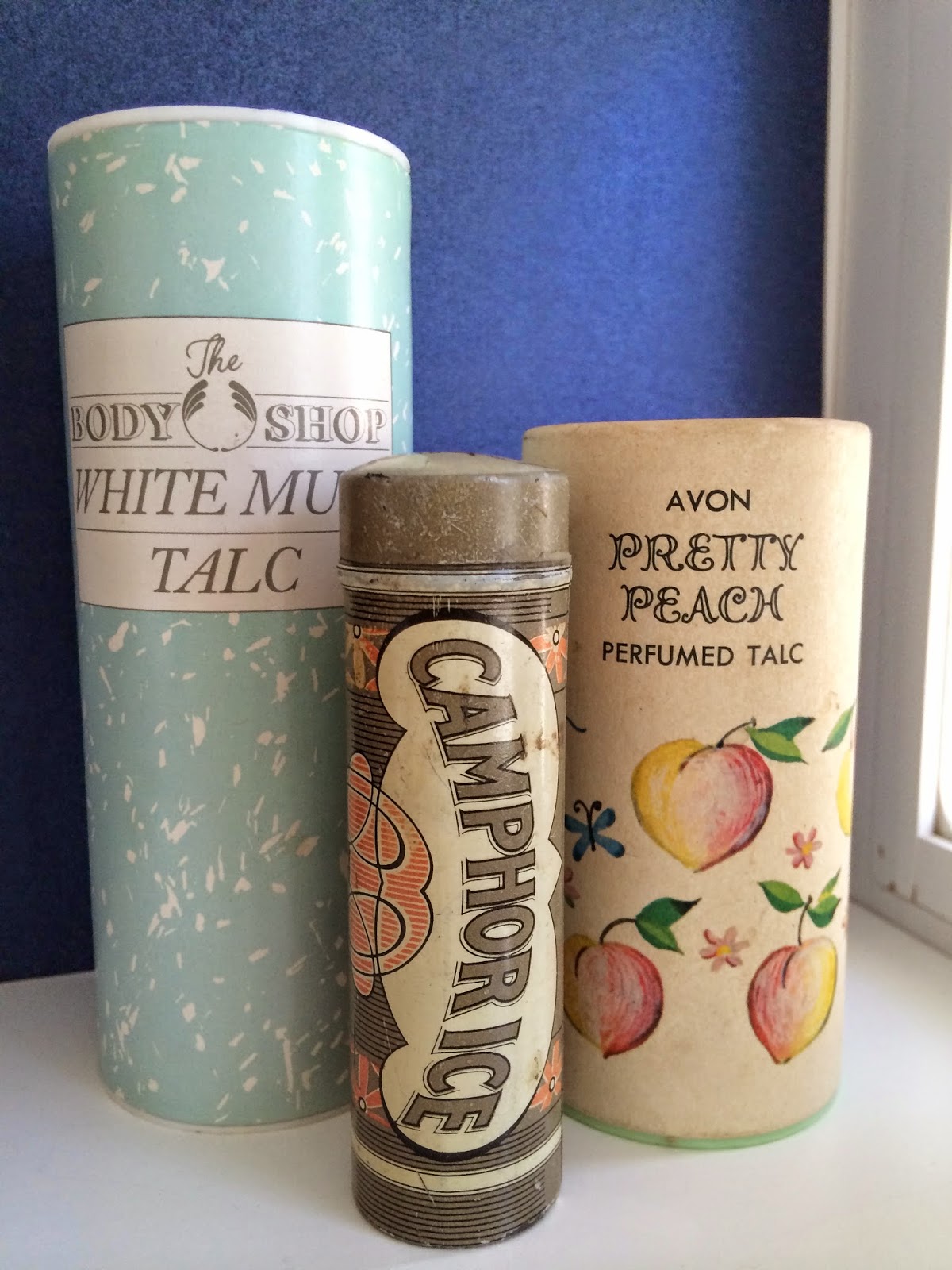 There's some bits of china, some this-n-that: 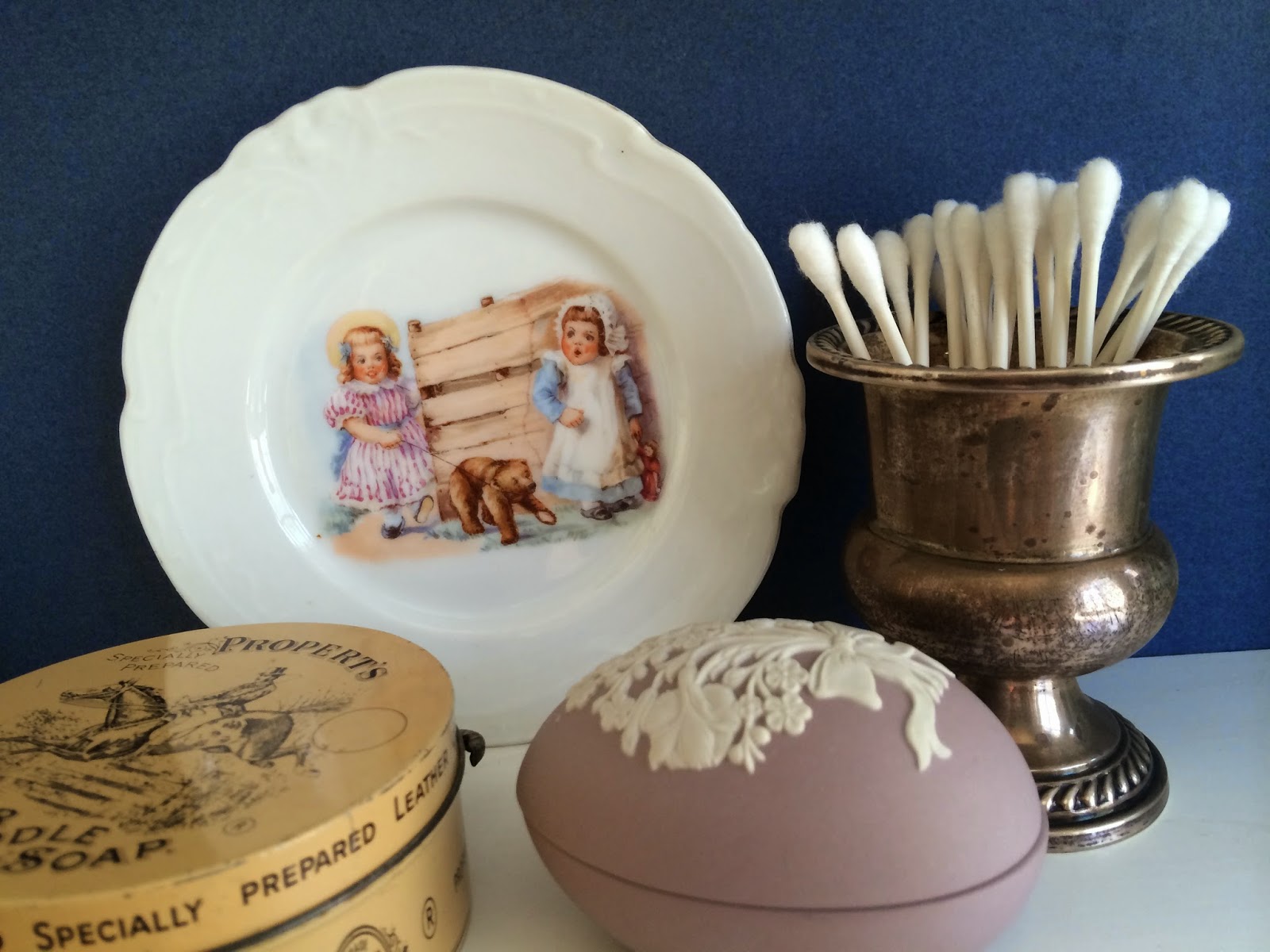 A crumb set made of Bakelite that used to belong to my Nana: 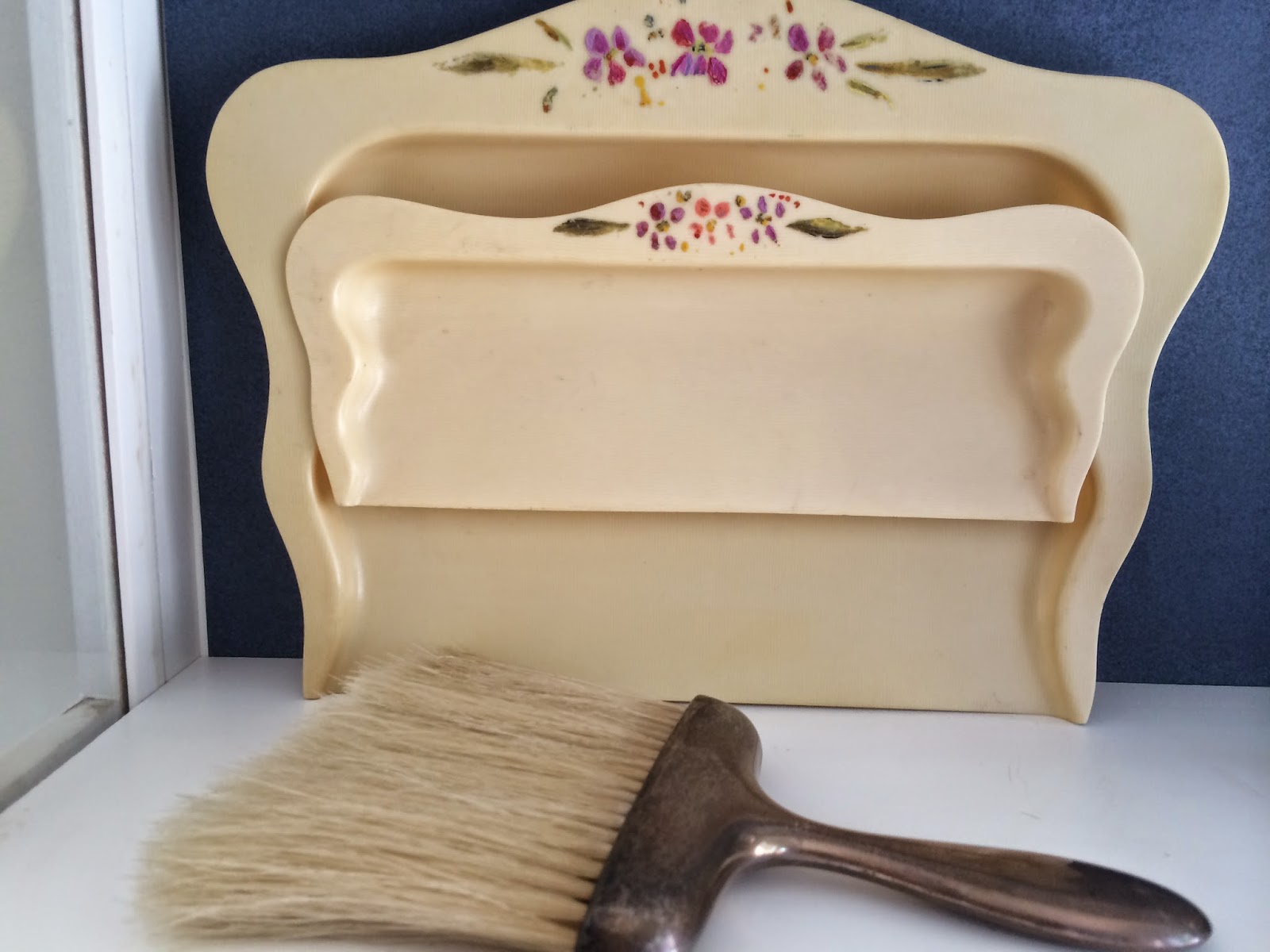 Part of a sterling vanity set I inherited from my great-aunt Lou: 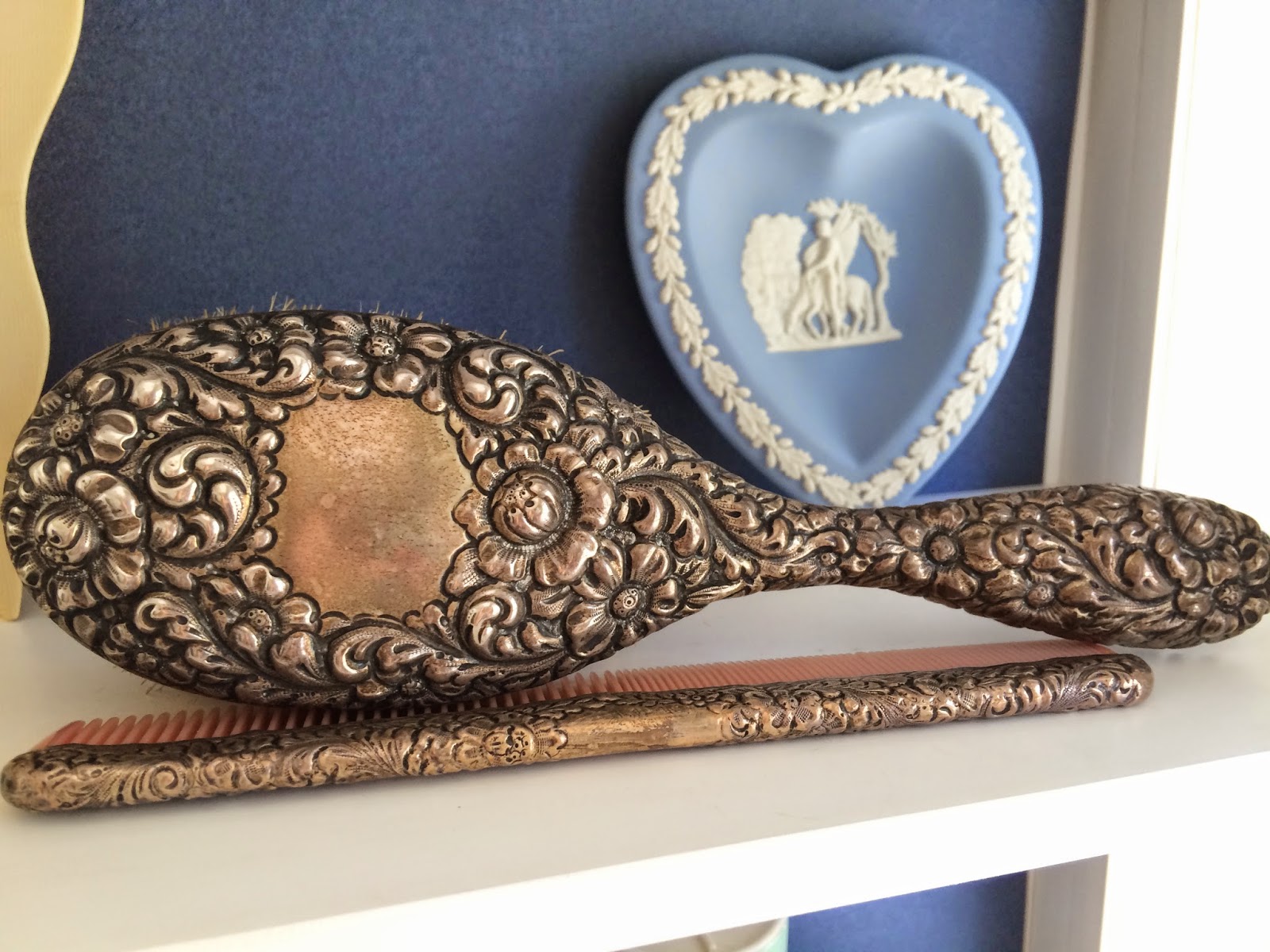 As a final touch, I found a cute little pail at Cost Plus World Market for less than $5 to serve as a trash  can: 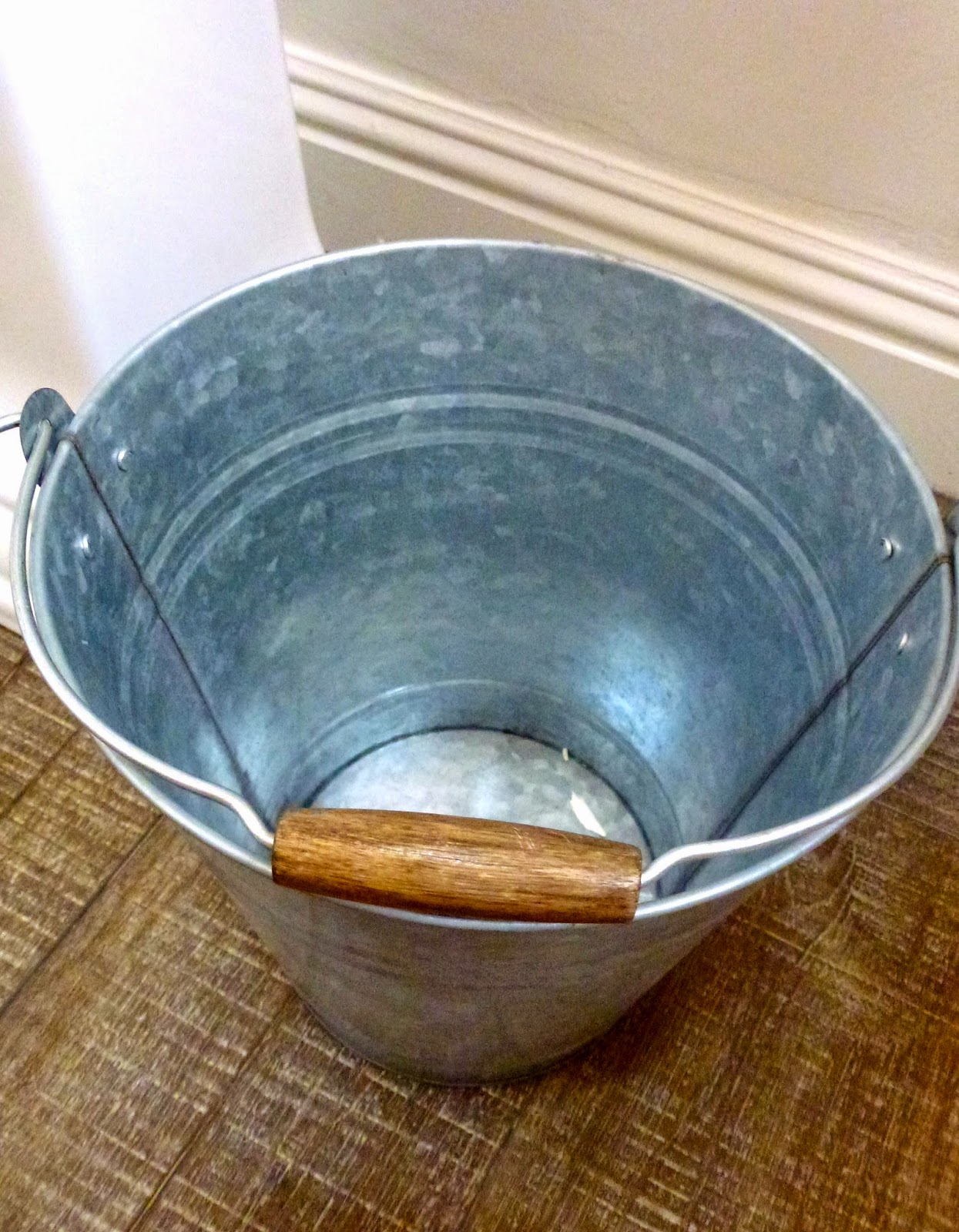 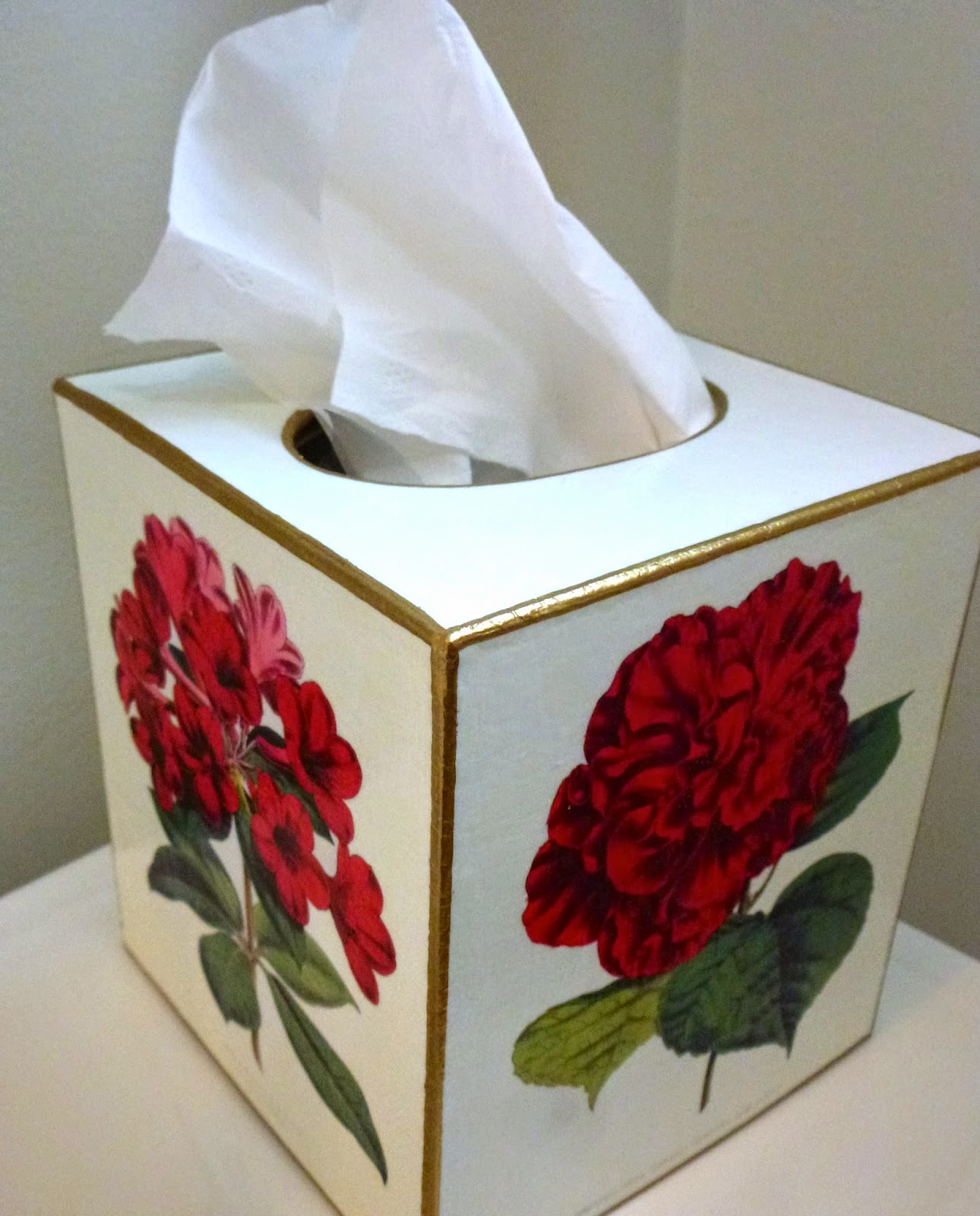 End result? A guest bath that is clean, bright, and a little bit retro. Yay! 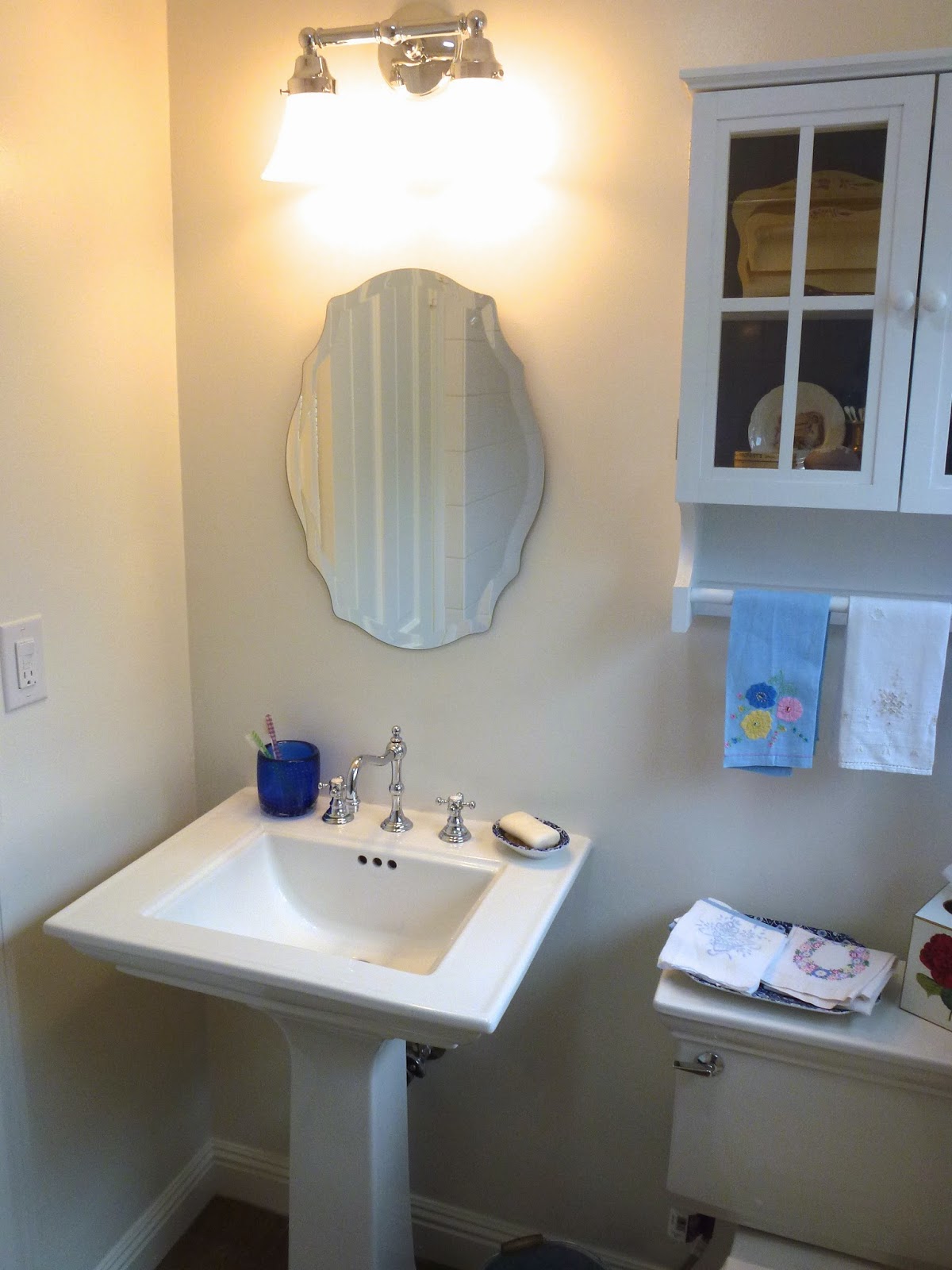