A Roundup of Cute Critter-ness

Here's a roundup of critter photos I've taken lately that I think are cute. Hope you enjoy them!:

I poured some leftover carbonated water into a bowl for the pugs to try: 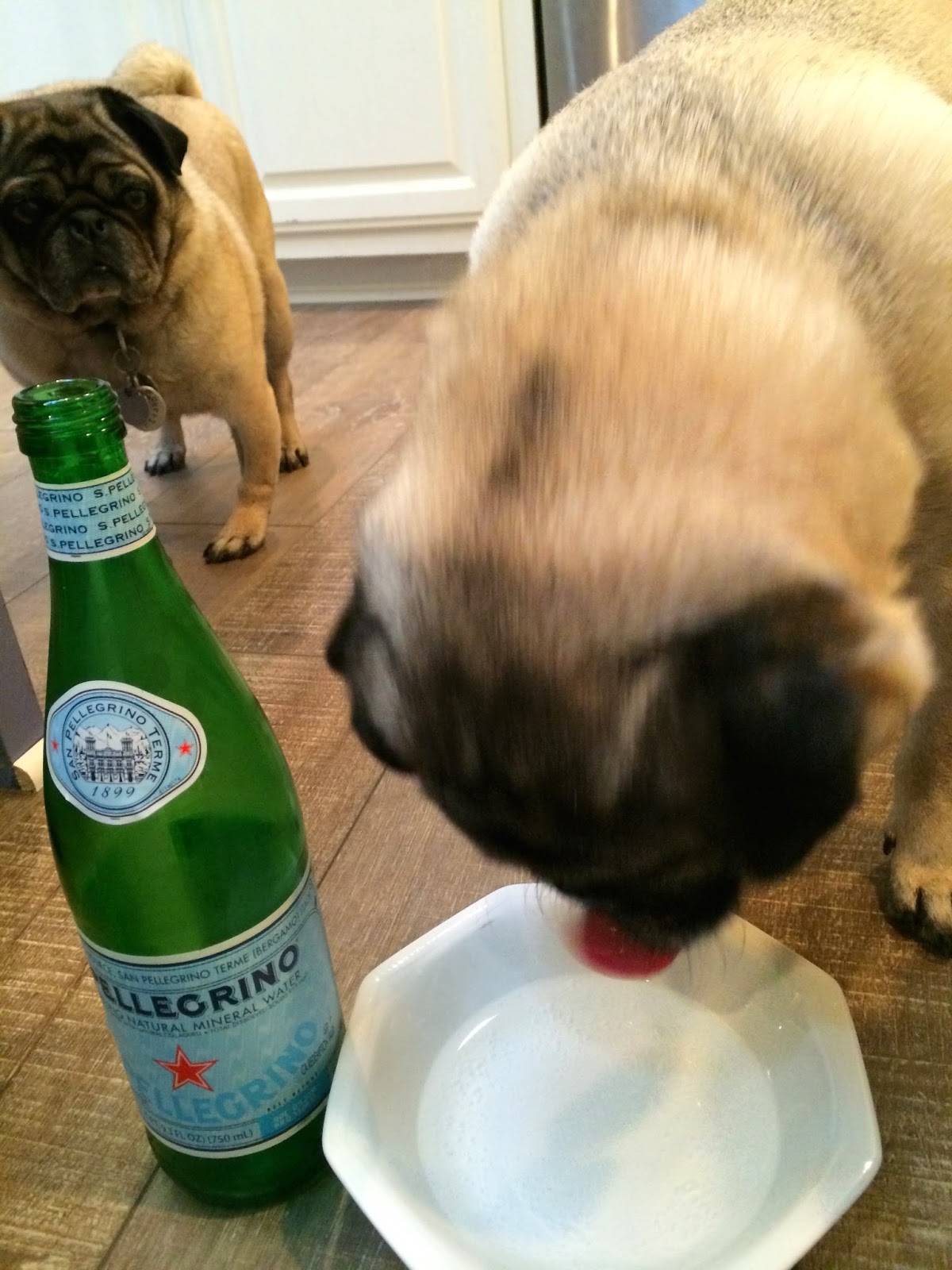 Pao seems to be saying, "Iz you tryin' to trick me, Mama? Dis no iz water!" 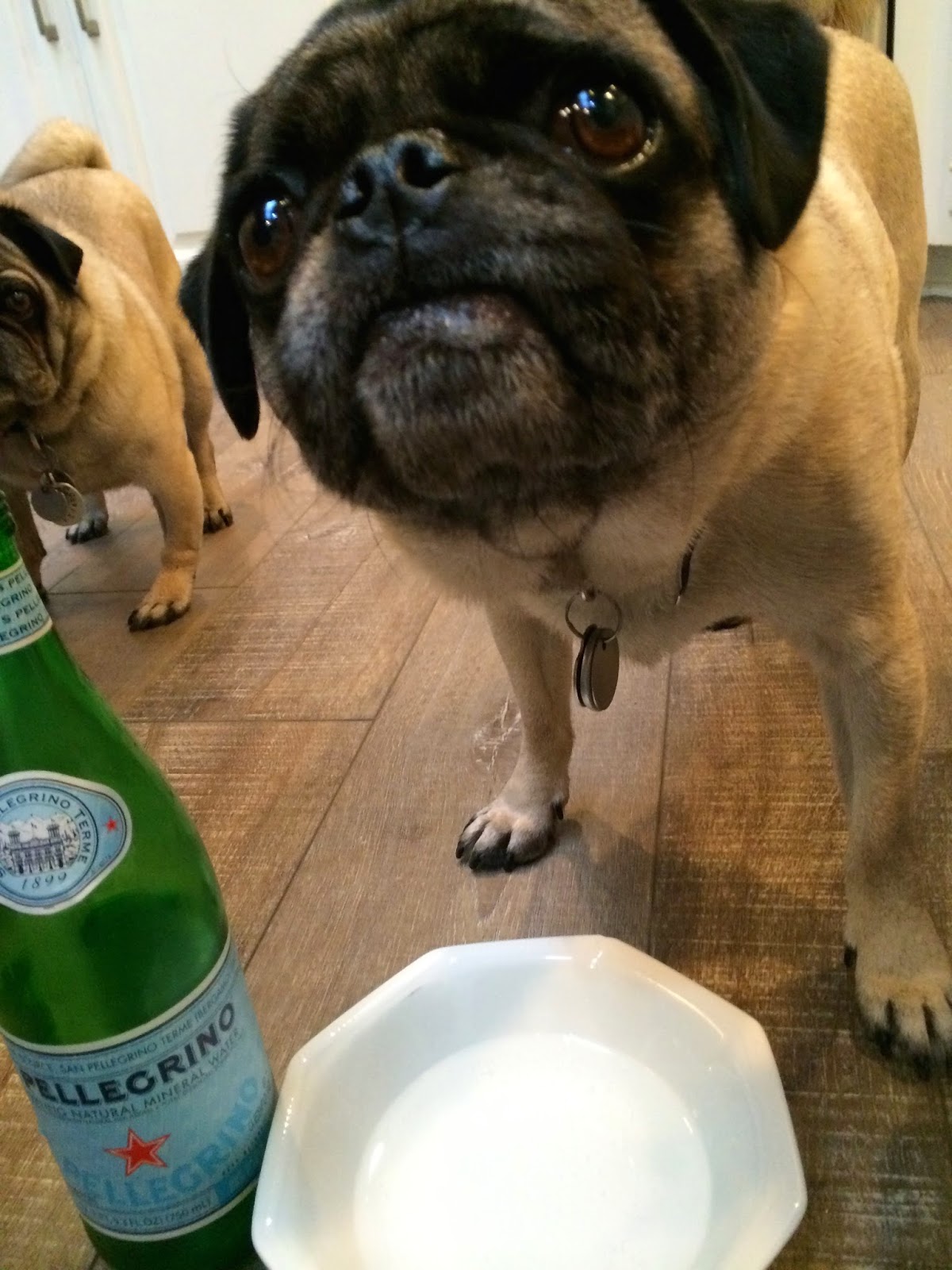 Mu Shu loves to flop down in cool, green grass when out on a walk. He won't budge until I give him a minute to roll around on the lawn: 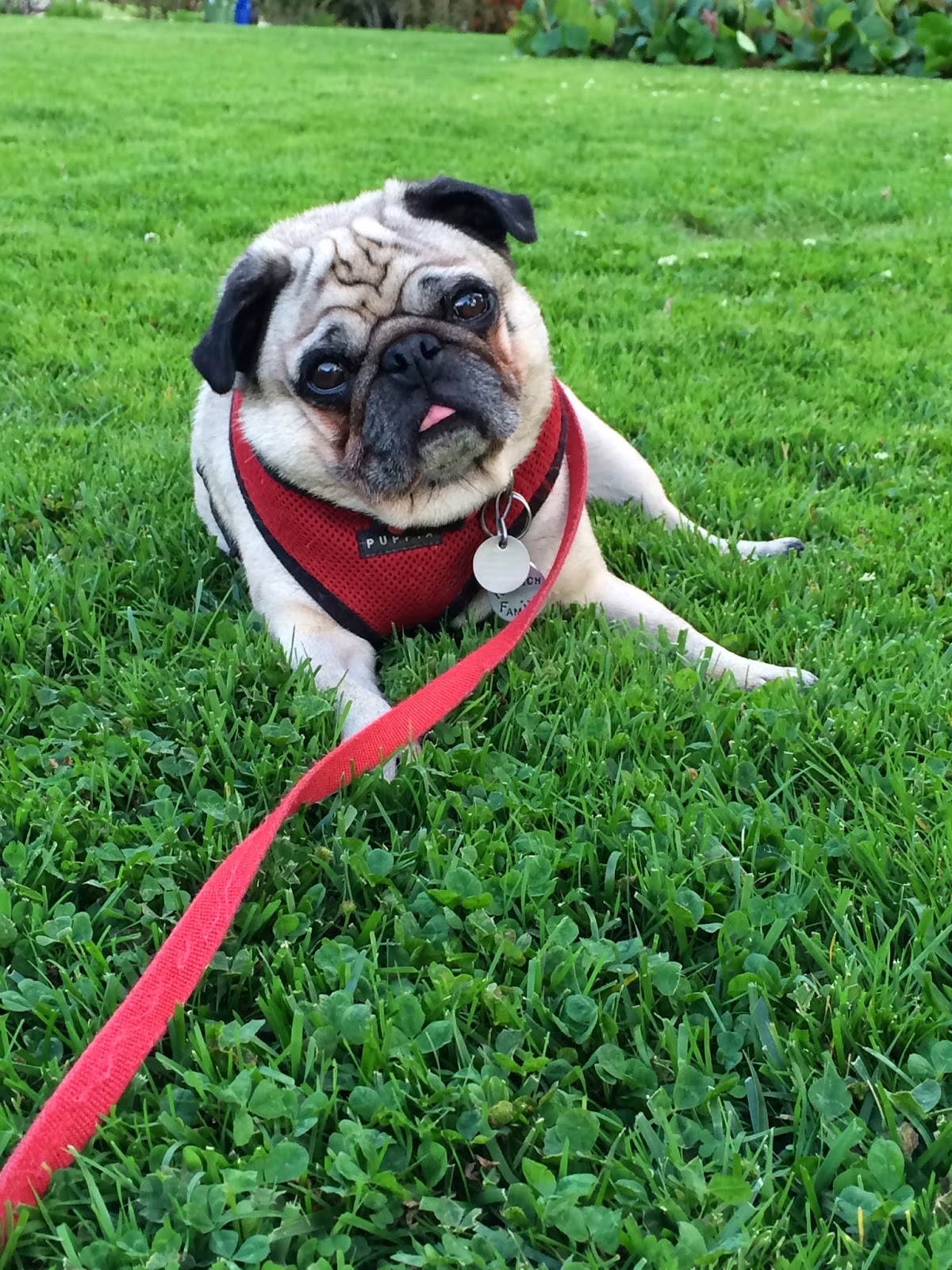 This boxer baby playing at the park just had his ears cropped. I'm kind of torn on the whole tail-bobbing, ear-cropping thing. But the excited look on his face is adorable: 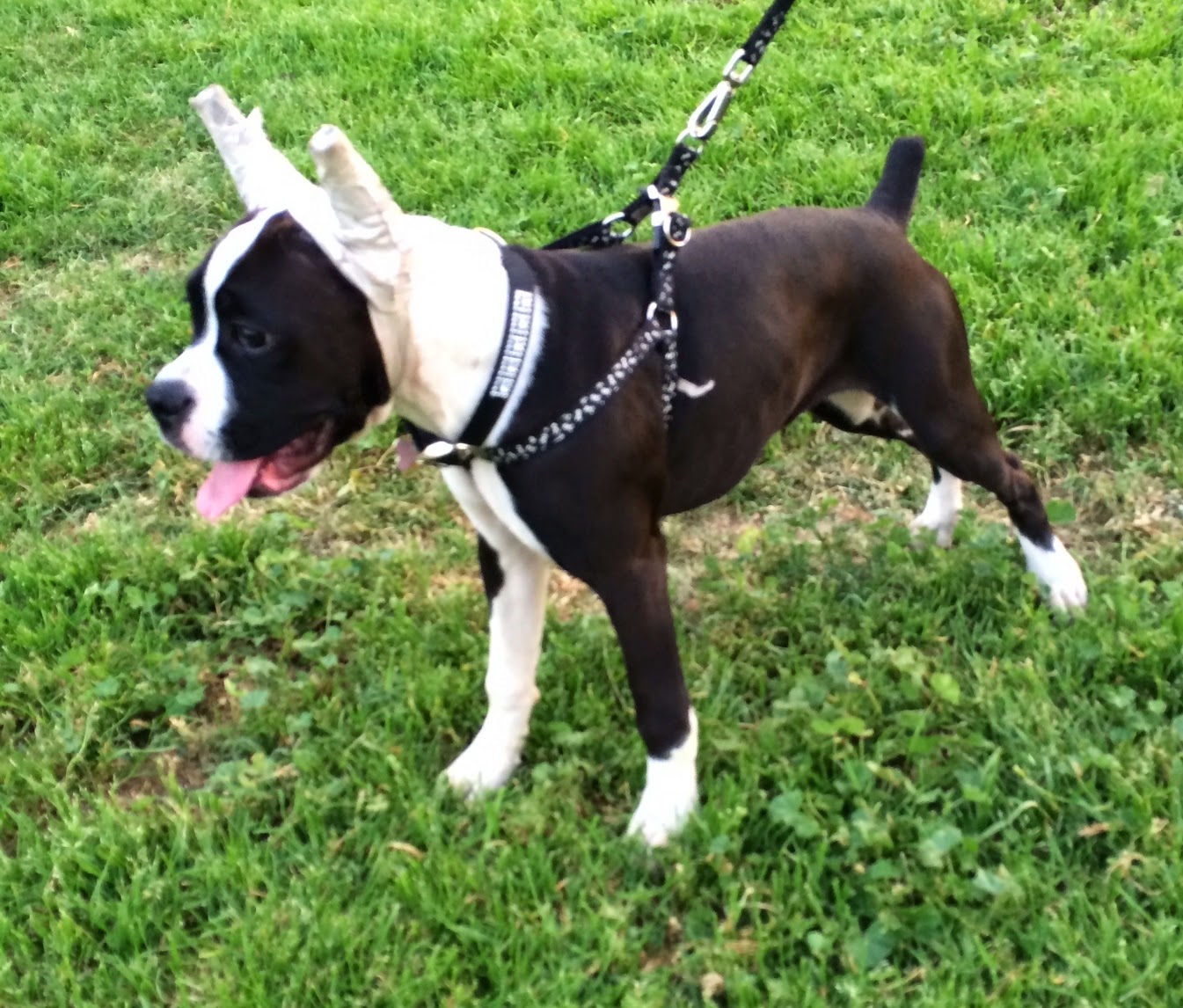 I see this giant white fluffernutter quite a lot at a local mom-and-pop coffee shop. He never fails to nudge me for a treat, which he can smell in my pocket: 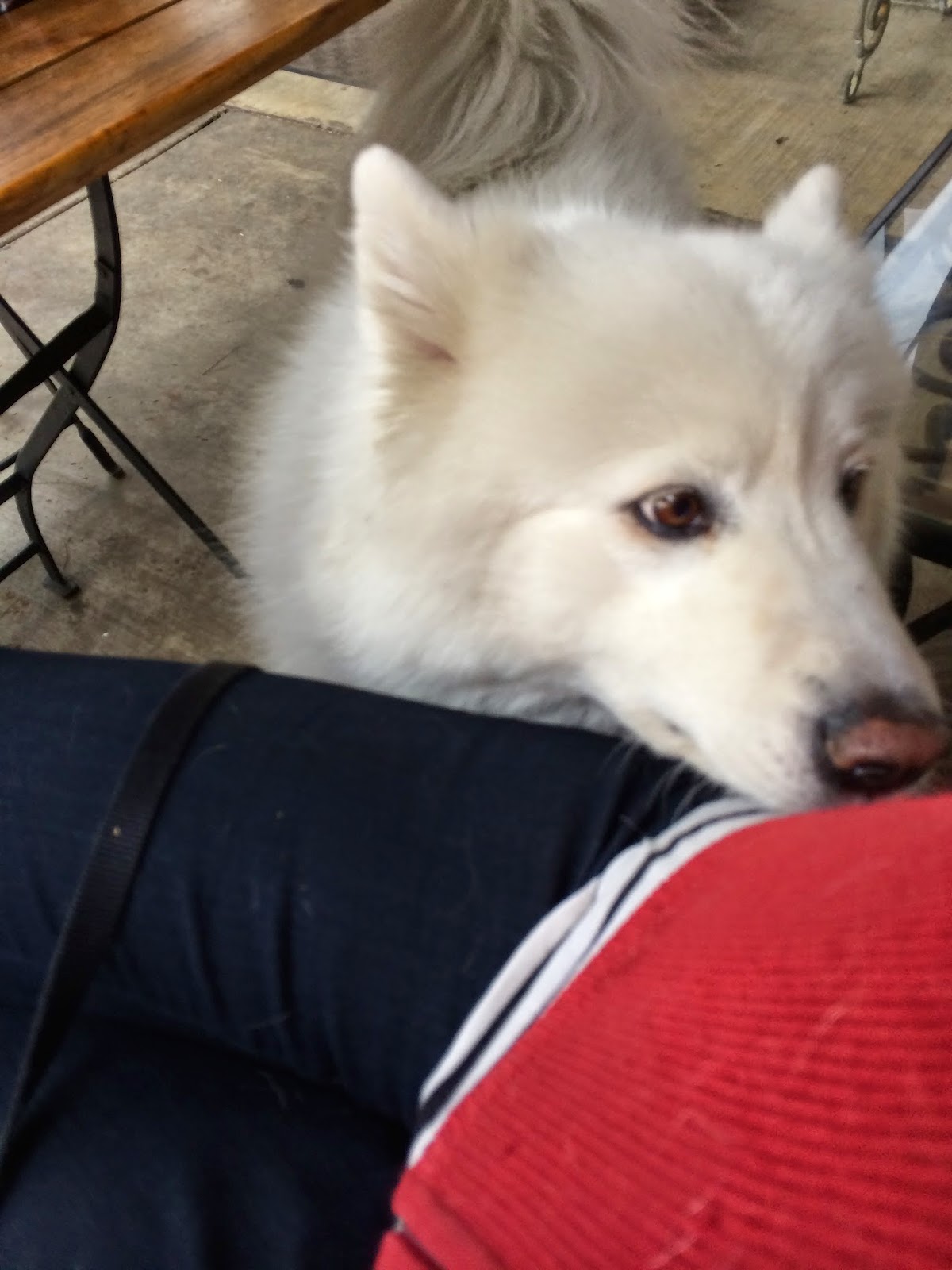 A neighbor friend wore this shirt recently. She's nuts about my pugs, which somehow makes this all the cuter: 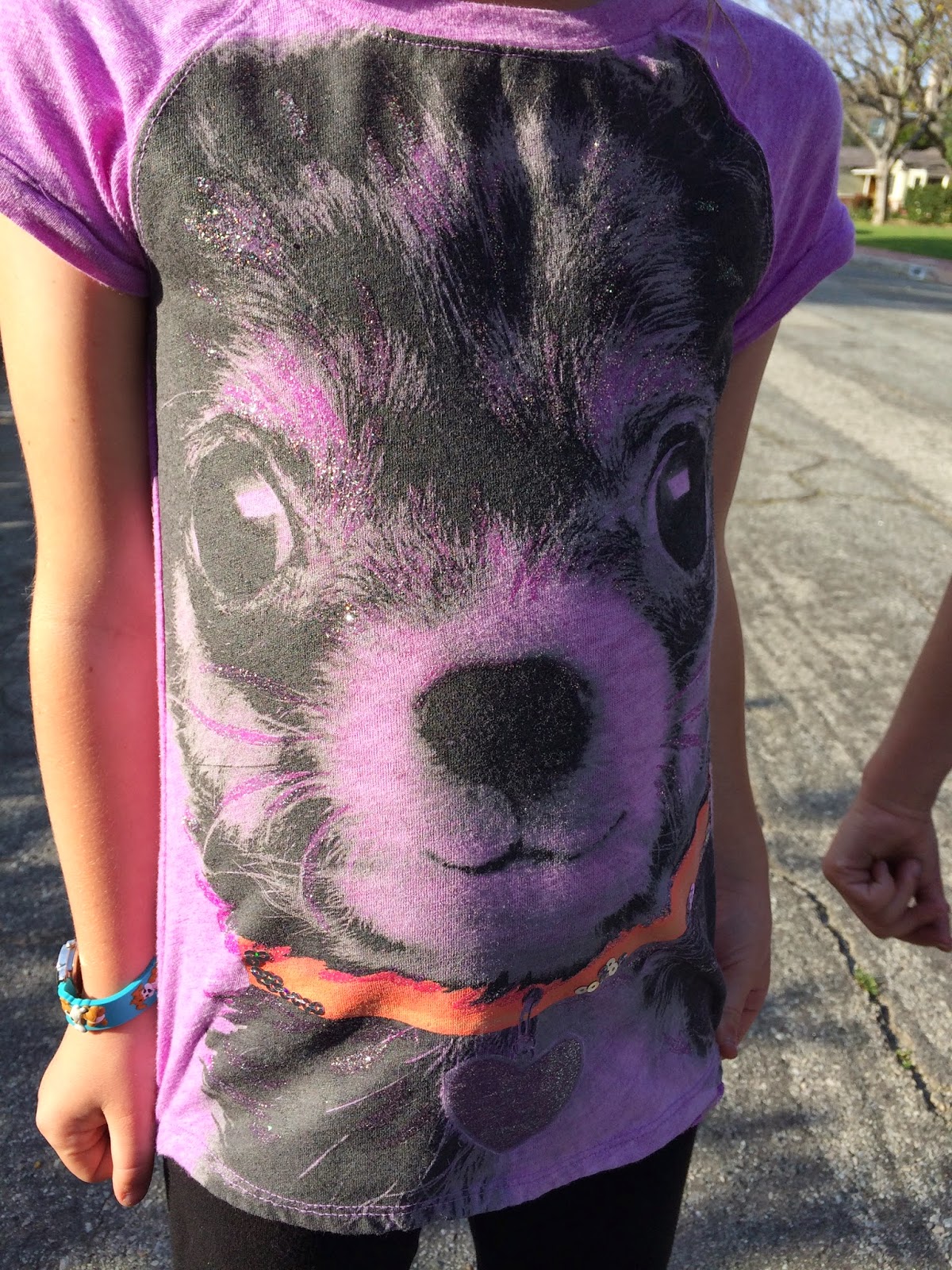 Lovely Daughter #1 and her cat, "Olivia" (formerly known as "Adventure Kitty") in a Sunday-morning selfie: Here's another one of Olivia: 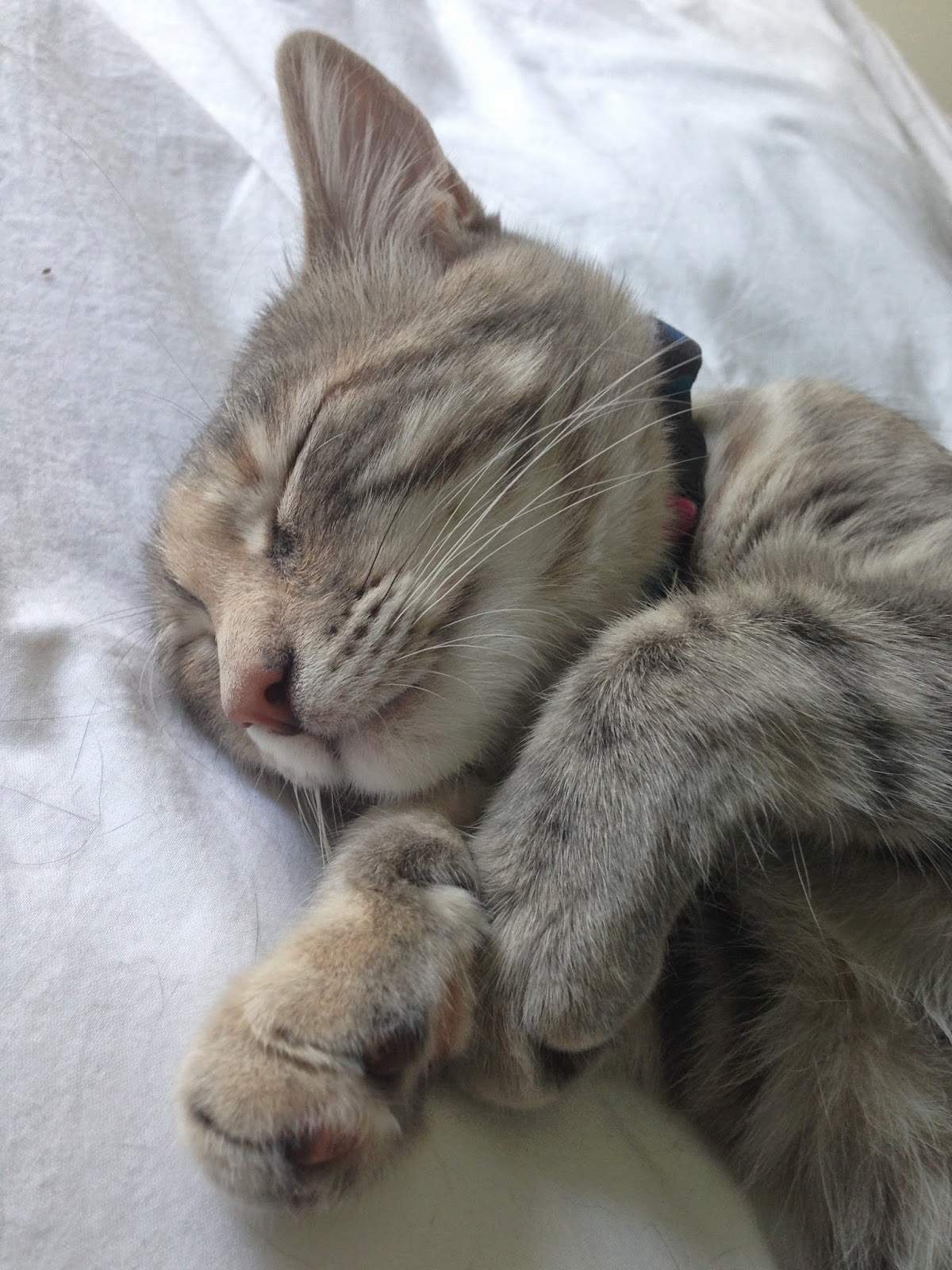 On Easter Sunday, I spied this adorable girl at an outdoor mall: 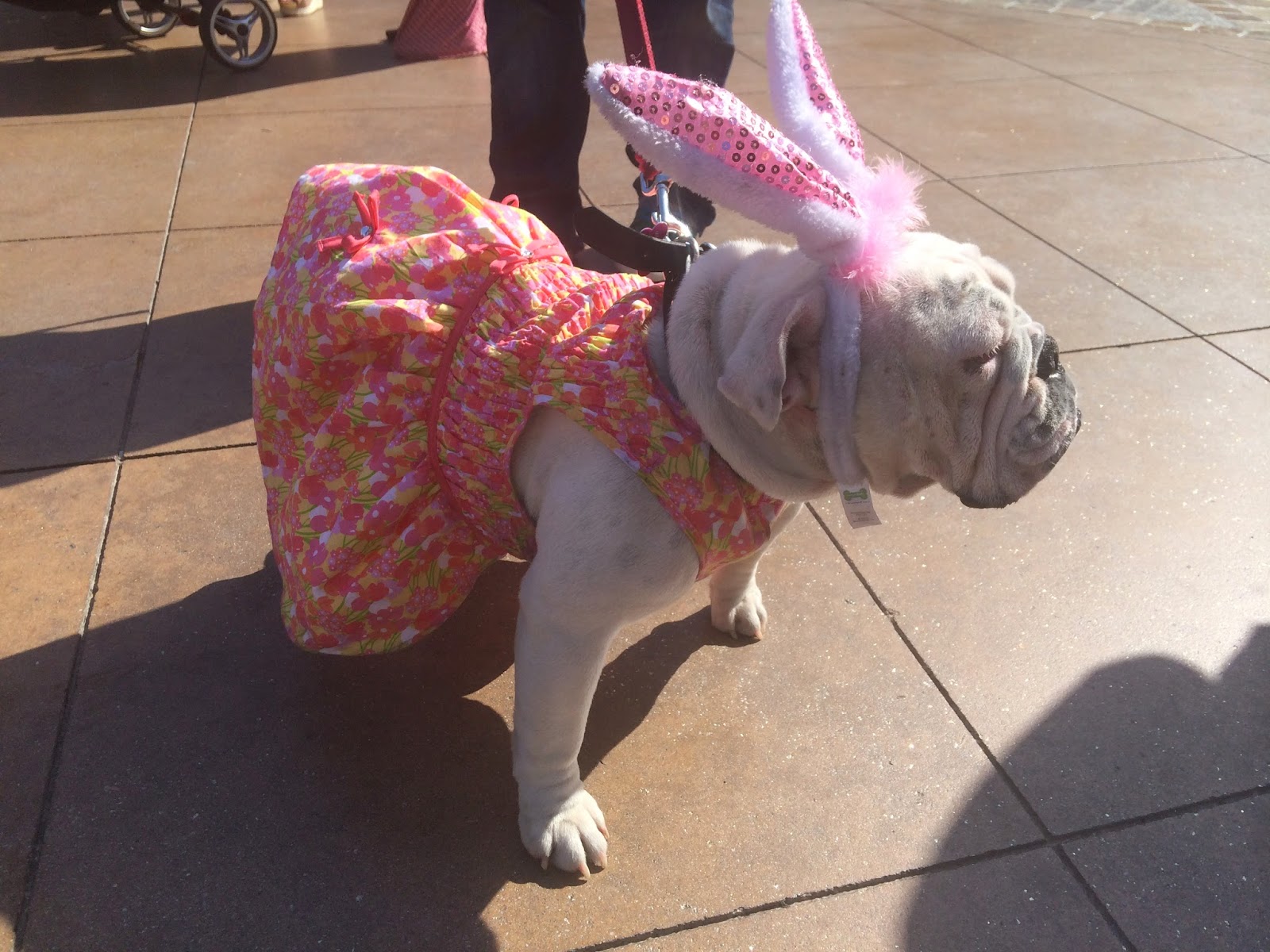 Her owner said her name is "Cannoli": 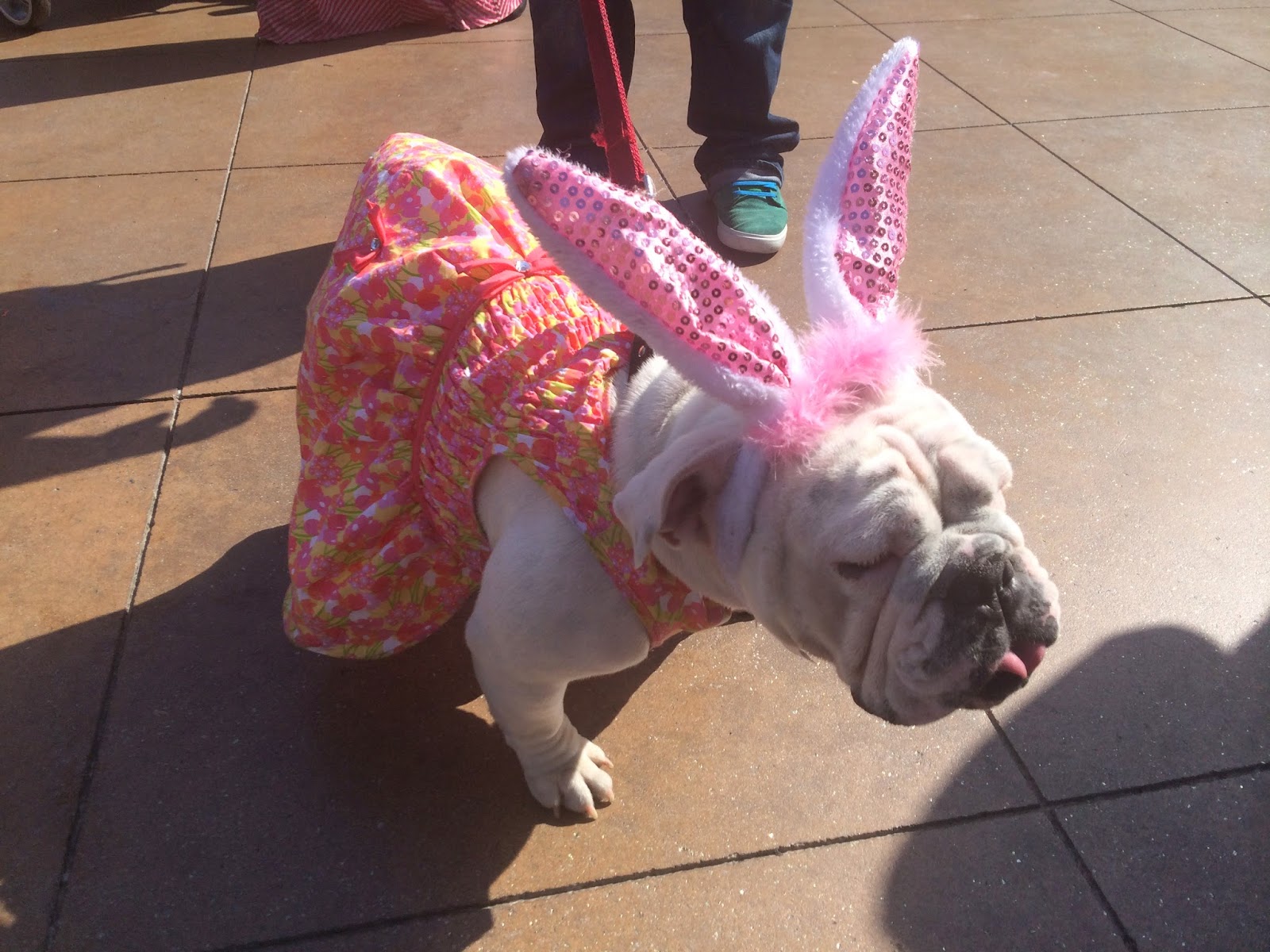 Ha ha! I love food names for pets. Below, our man Roosevelt shows off his impressive set of whiskers: 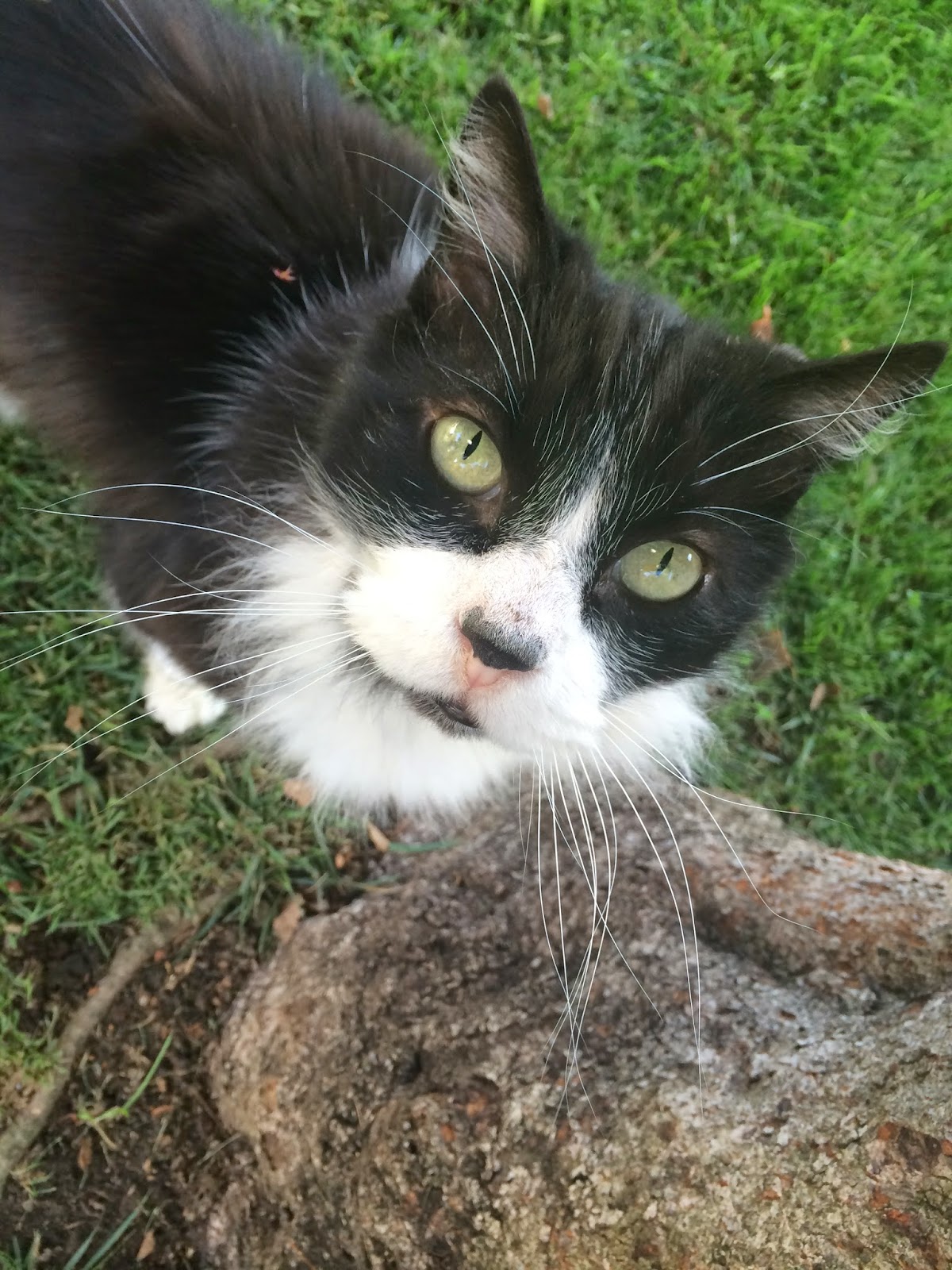 Mu Shu's having trouble with the concept of napping inside the dog bed: 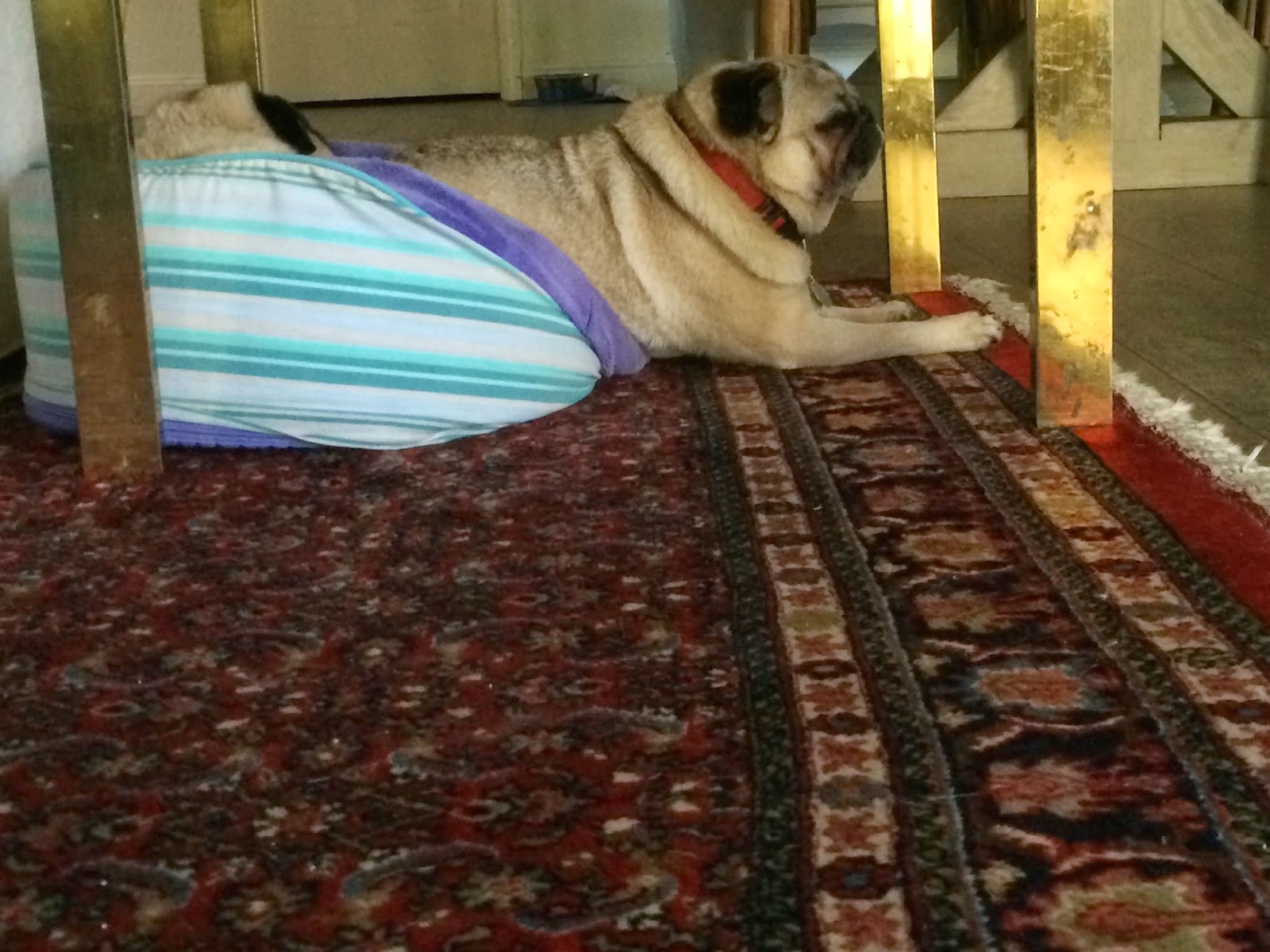 Some adorable china bowls I spied at the local independent pet store (love the polka-dotted rims): 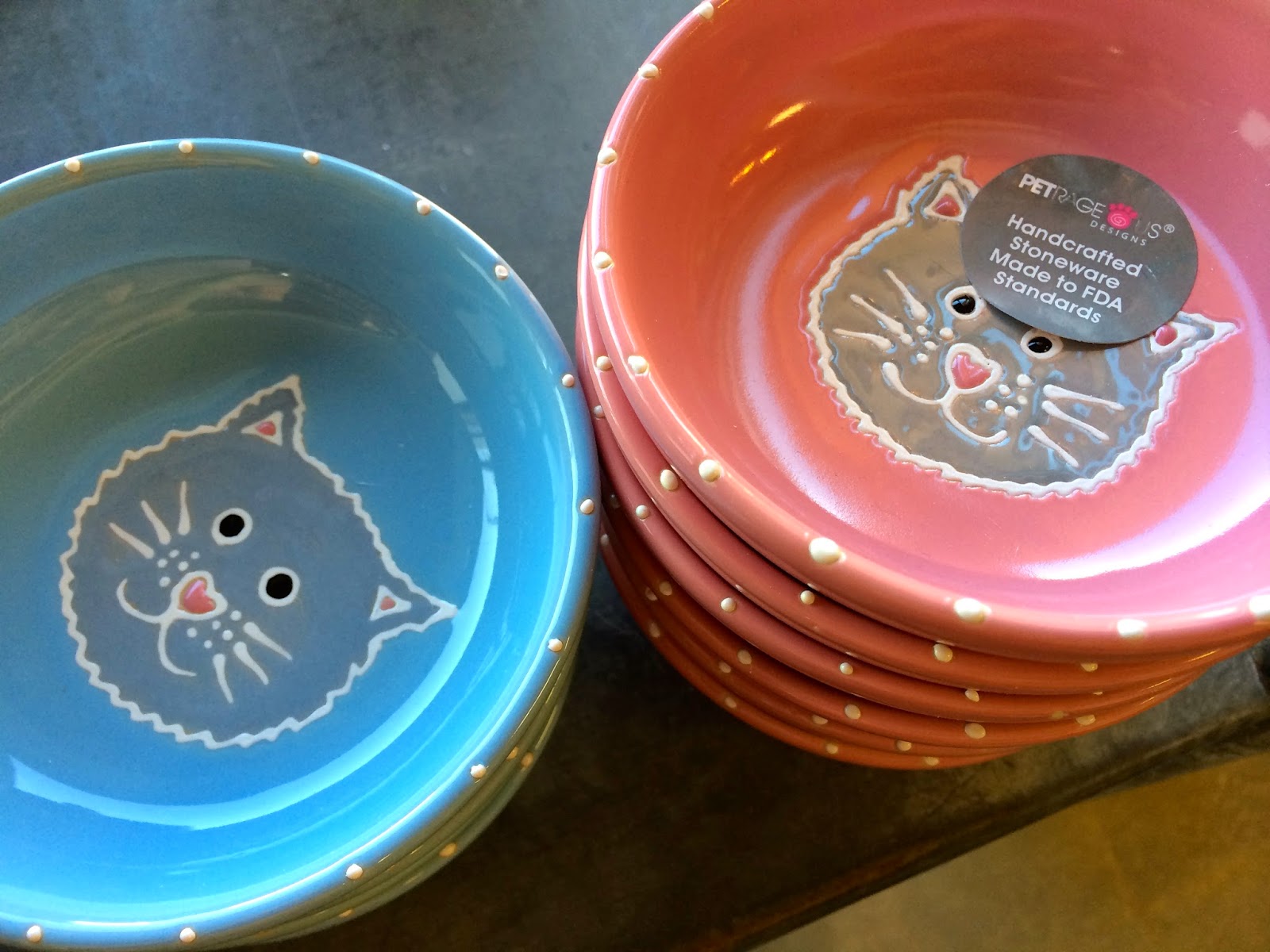 Pao wants me to play ball with him. But I'm trying to get some laundry done. He doesn't appreciate my sense of humor: 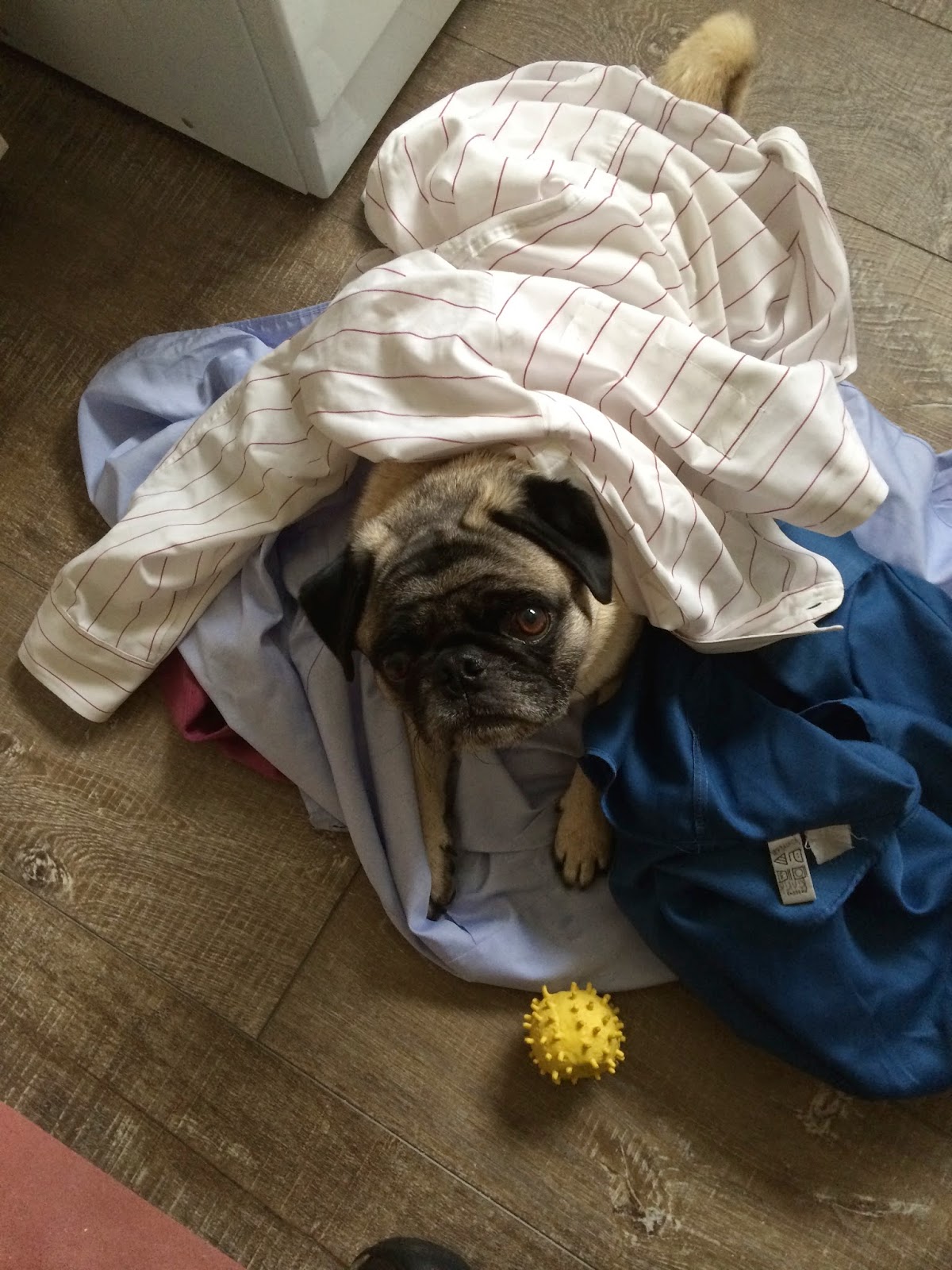 I do have a habit of draping silly stuff over him, but he's so stoic about it, I can't resist!: 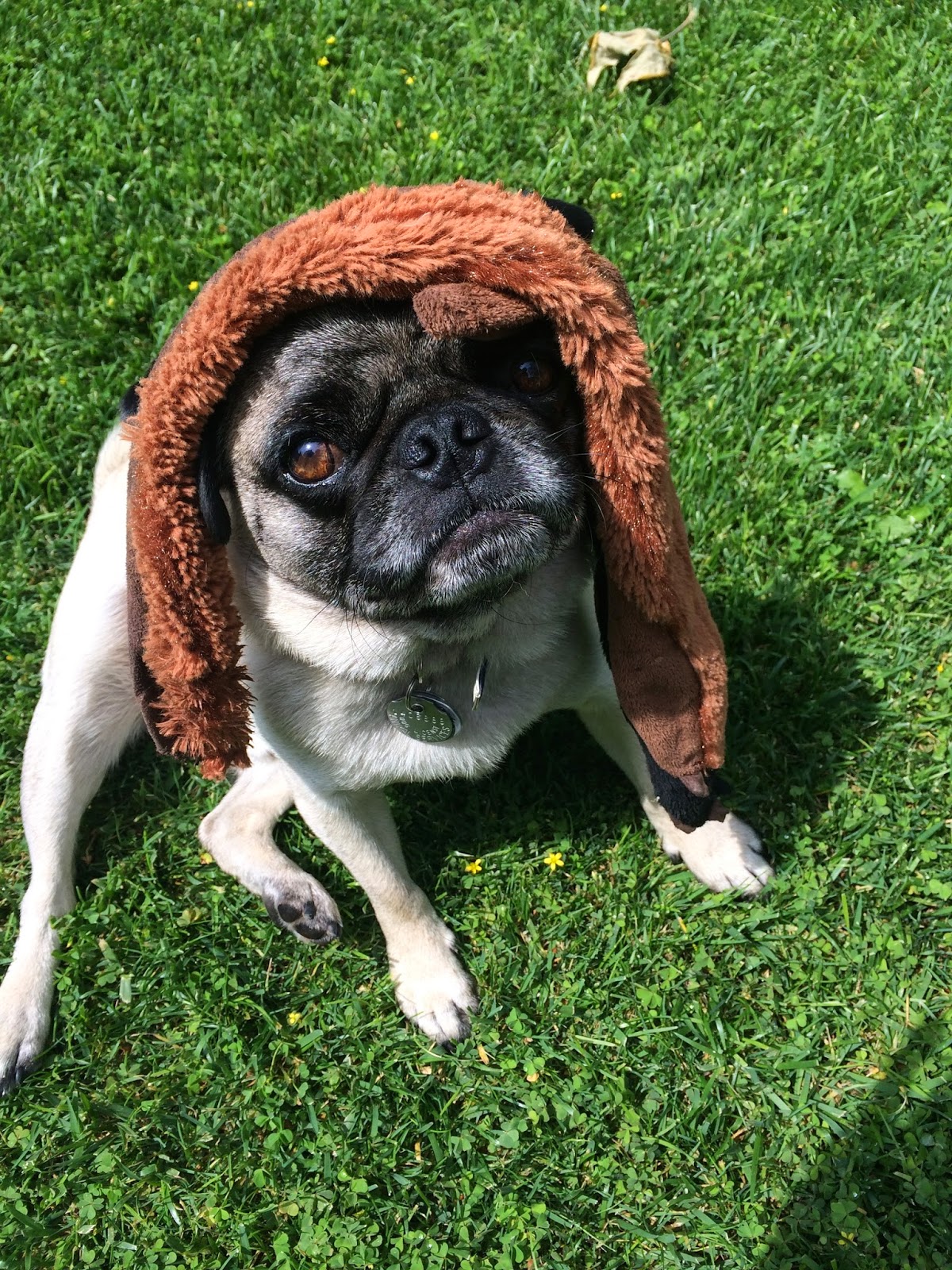 A hot spring day and the end of a long walk found Mu Shu trying to cool off on our new floors: 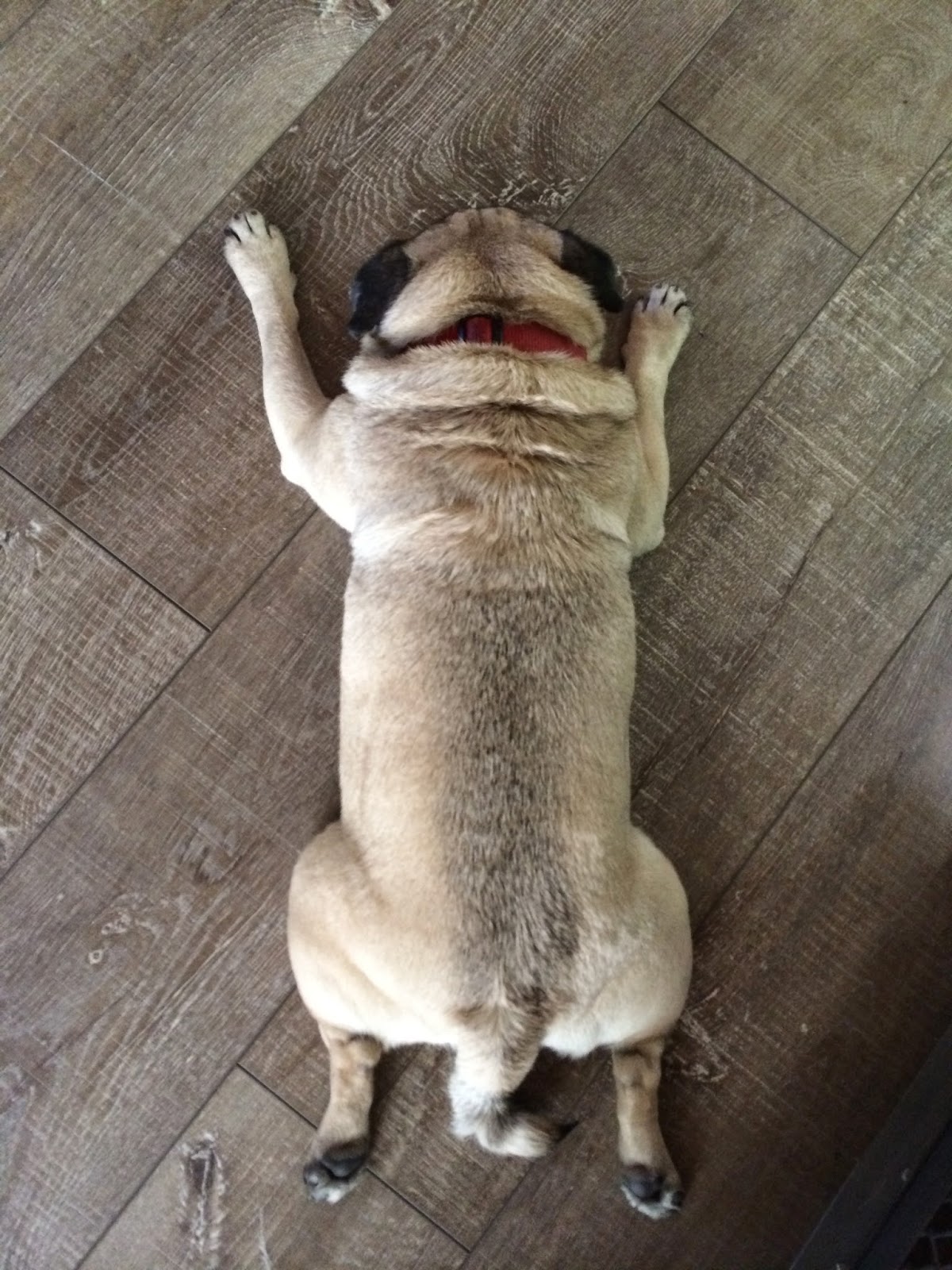 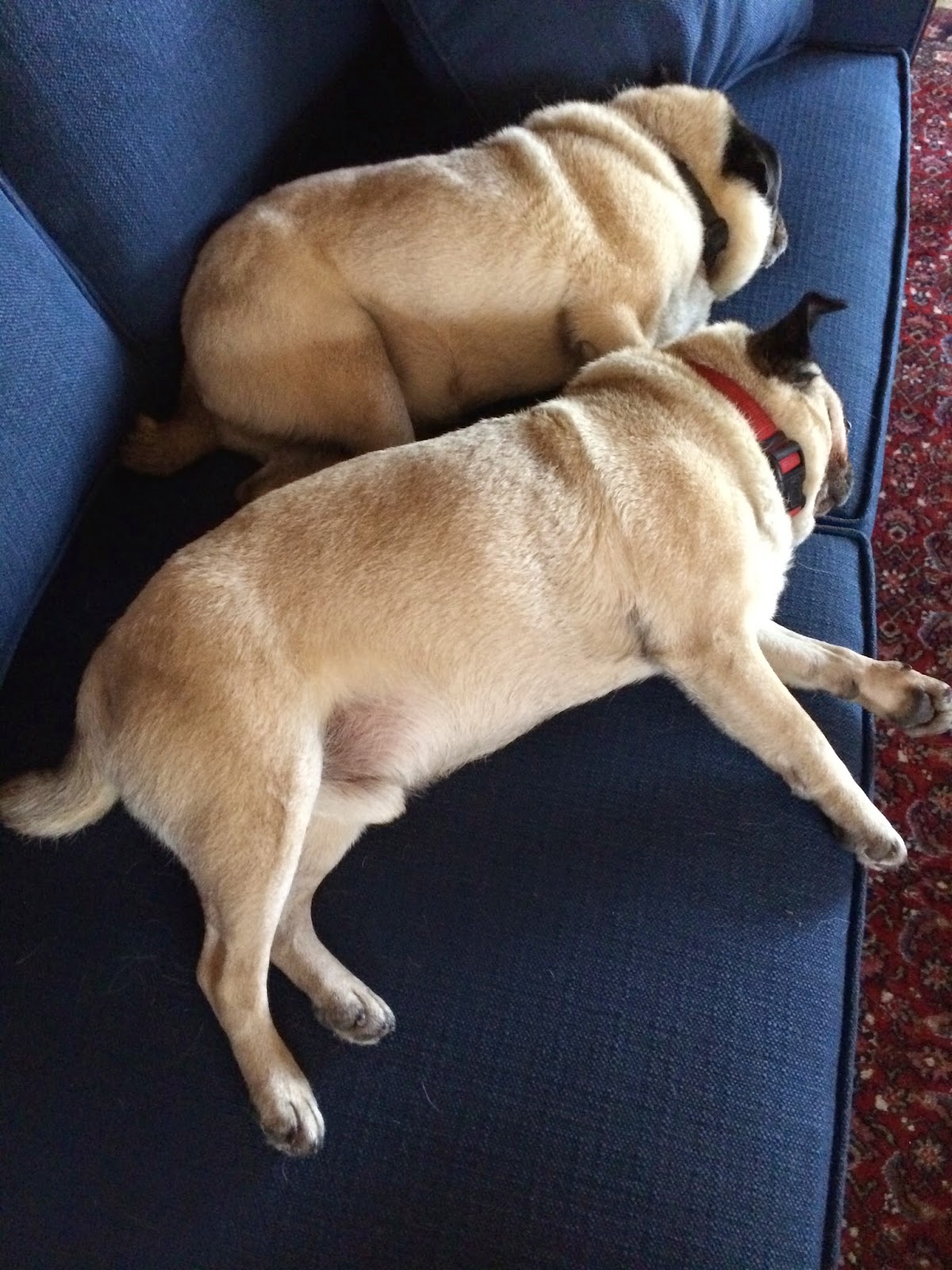 This poor sheep, a resident of our neighborhood's school farm, was having trouble with an irritated patch on her head. Hence the Cone of Shame: 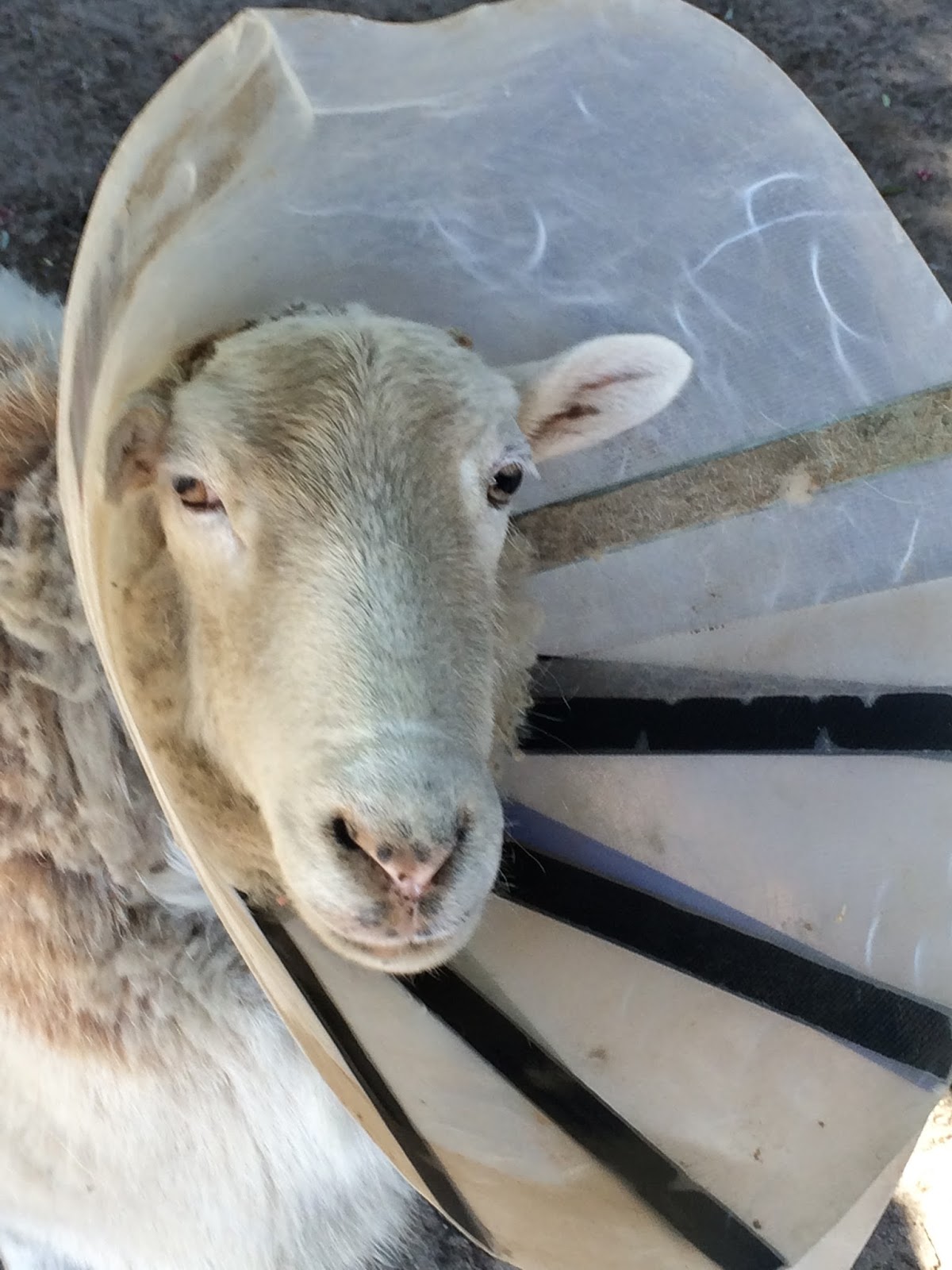 Also on Easter Sunday, I saw a young woman out walking her pet rabbit on a leash: 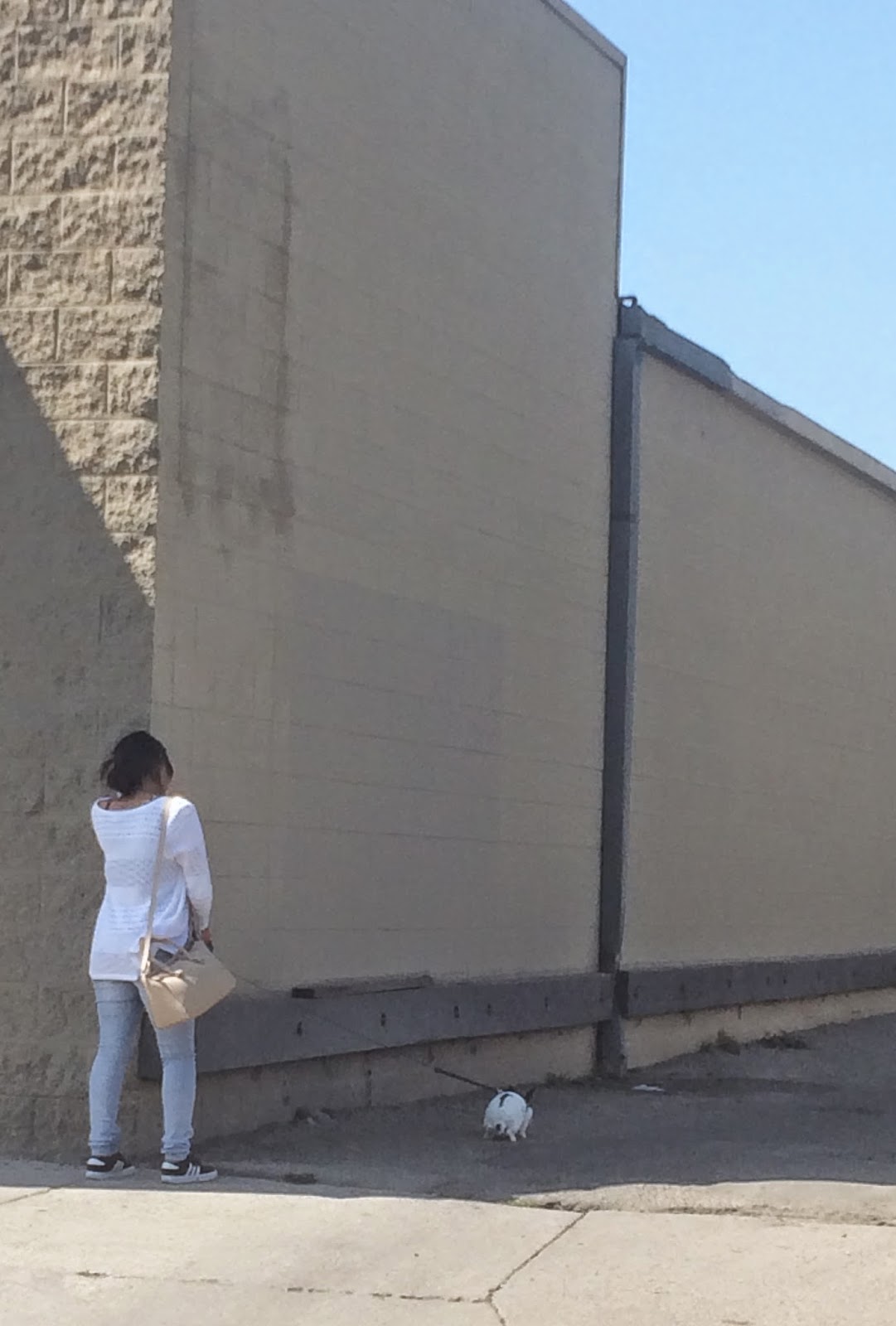 At Anthropologie, I met this adorable pup, who'd been rescued just one month prior: 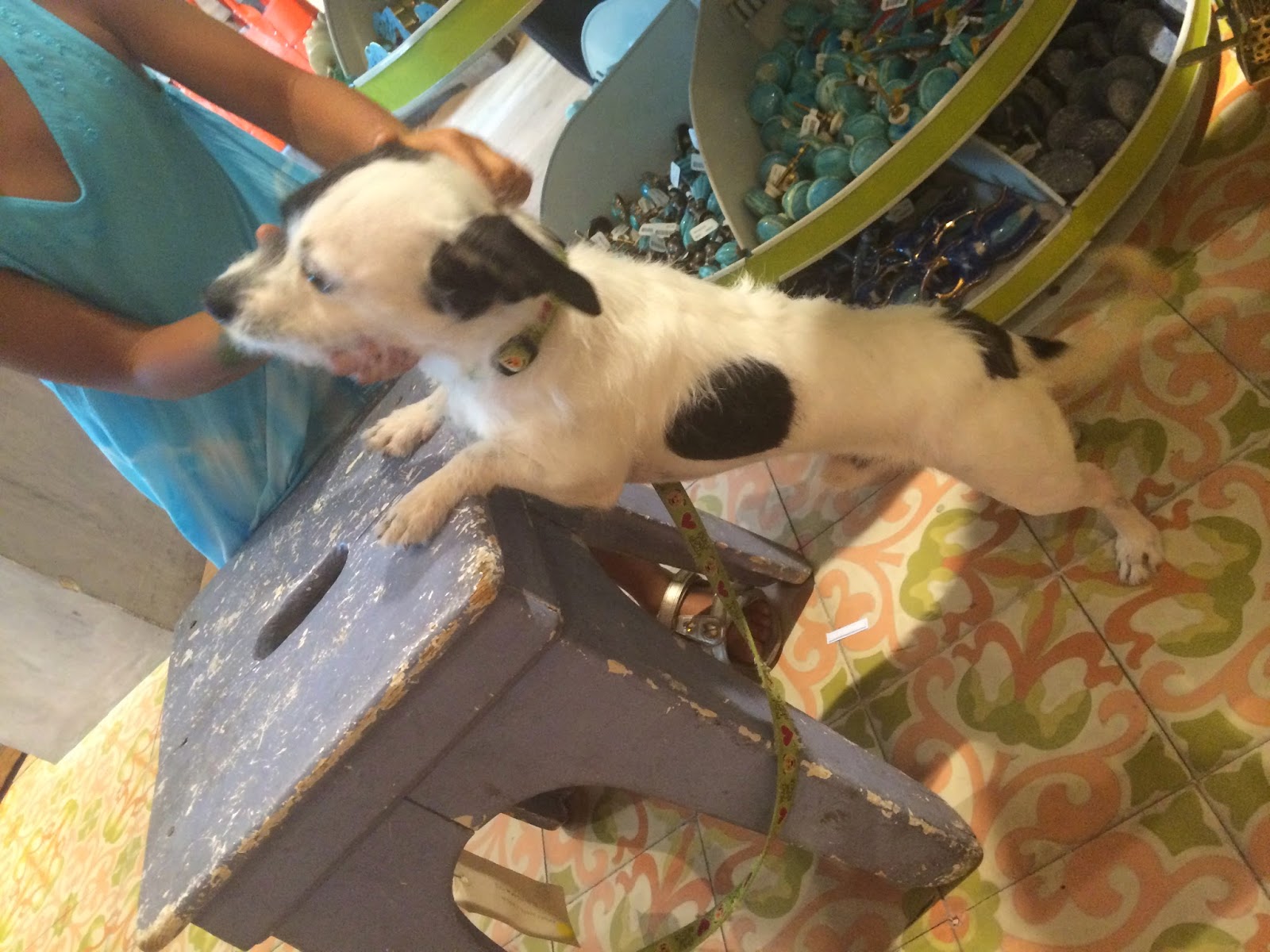 That half-and-half face! That perfect polka dot on his flank! Adorable: 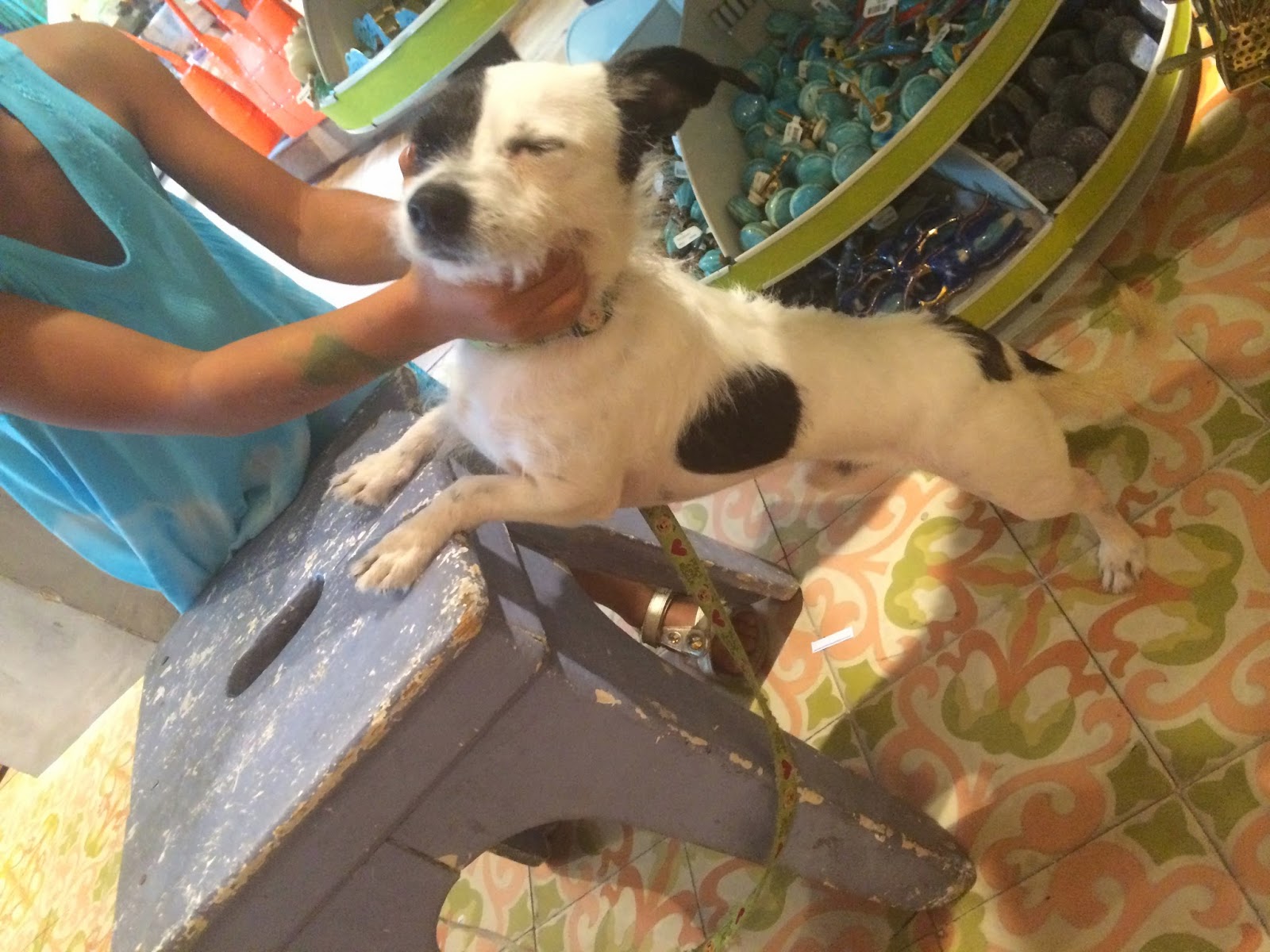 At the dog adoption last Sunday, this 7-pound imp slipped backward out of his too-loose halter and went tearing through four lanes of heavy city traffic, scaring the bejeezus out of us. Five of us middle-aged ladies ran after him, but we were no match for his insane speed. This young man saw us frantically trying to catch the dog and went blazing after the pupster: 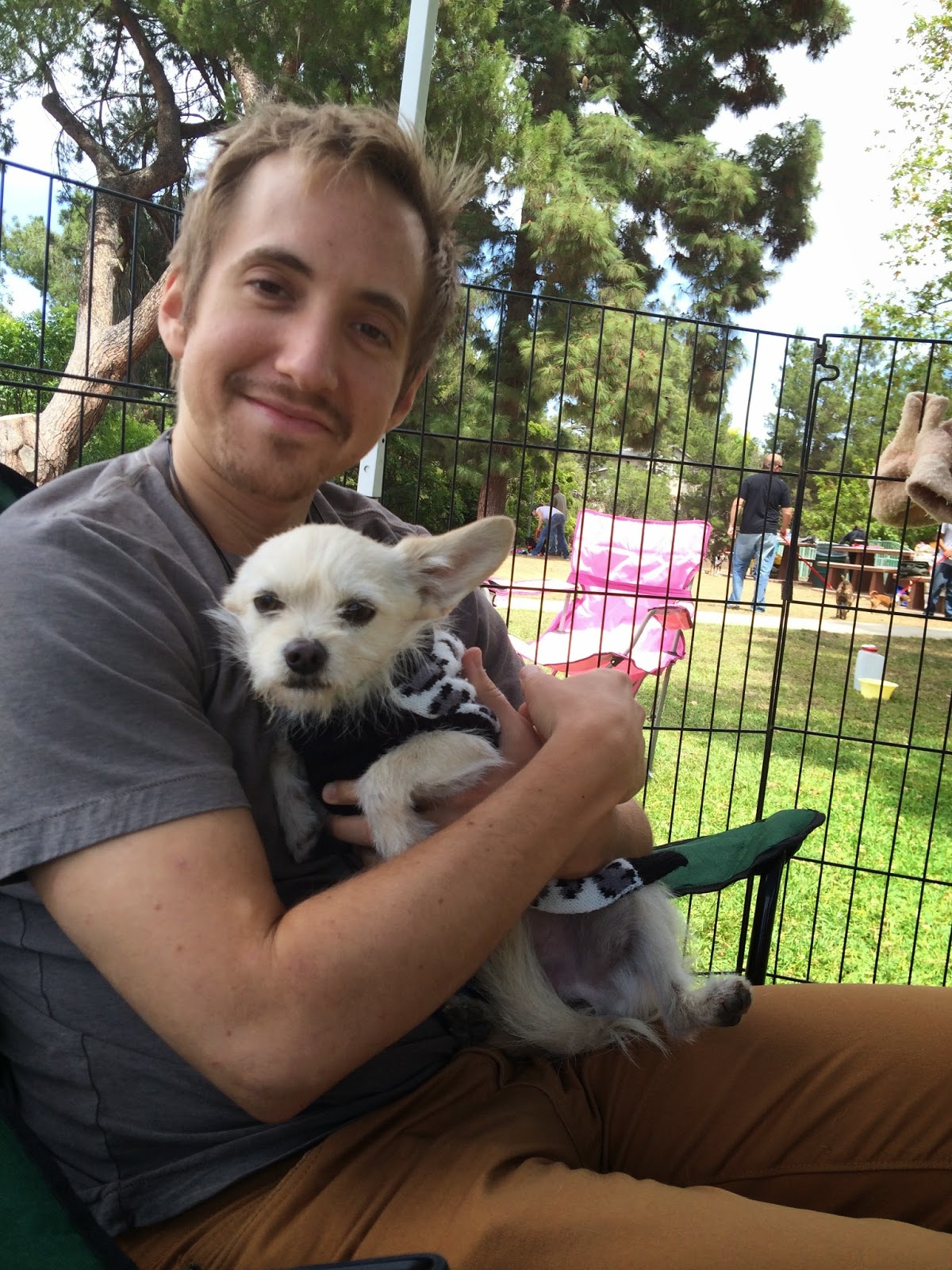 He caught him! We heaped praises on his head and thanked him a million times. The little terrier had no name yet (they usually don't when they arrive at the pound), so we asked our hero to come up with a name. 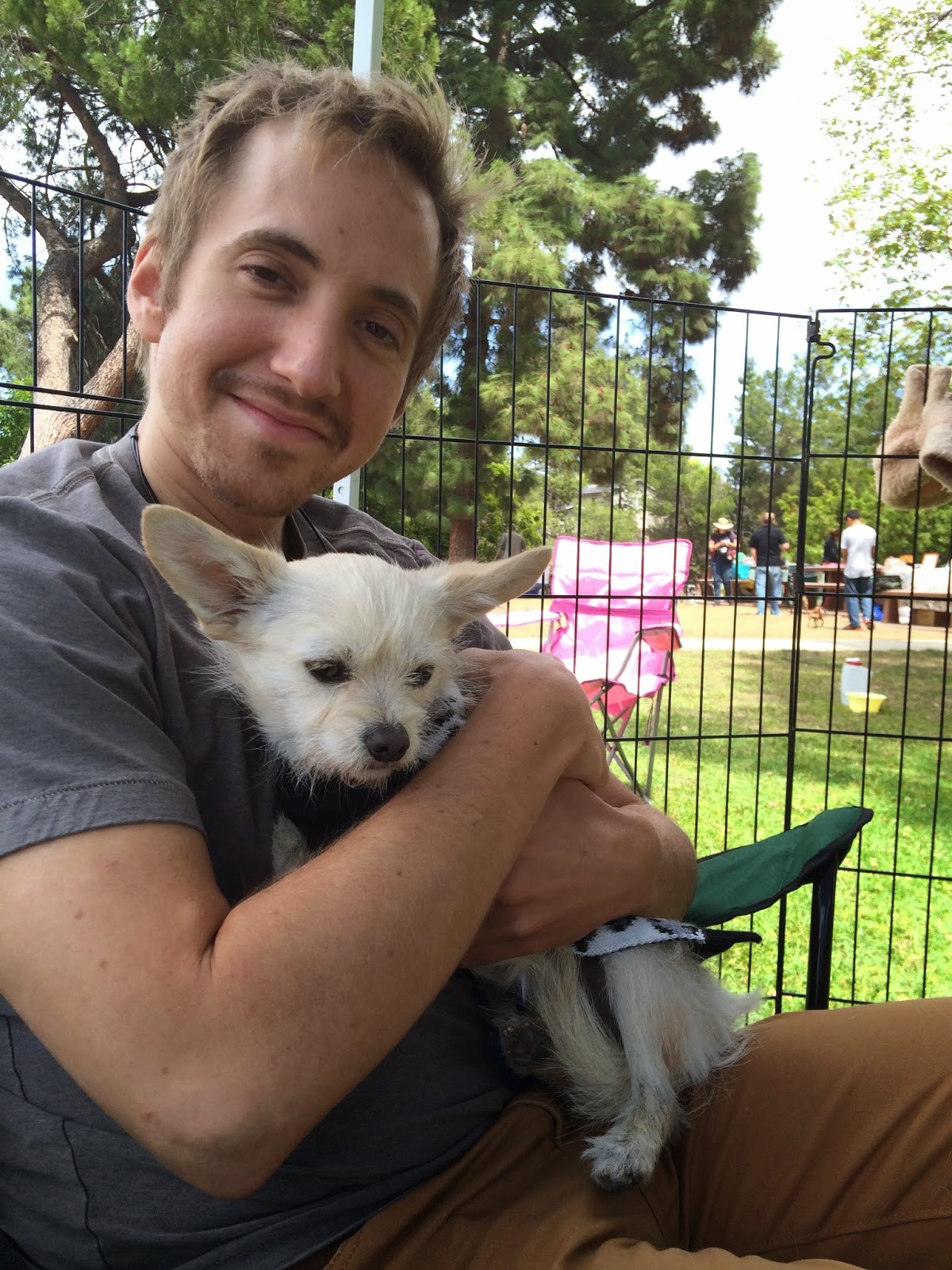 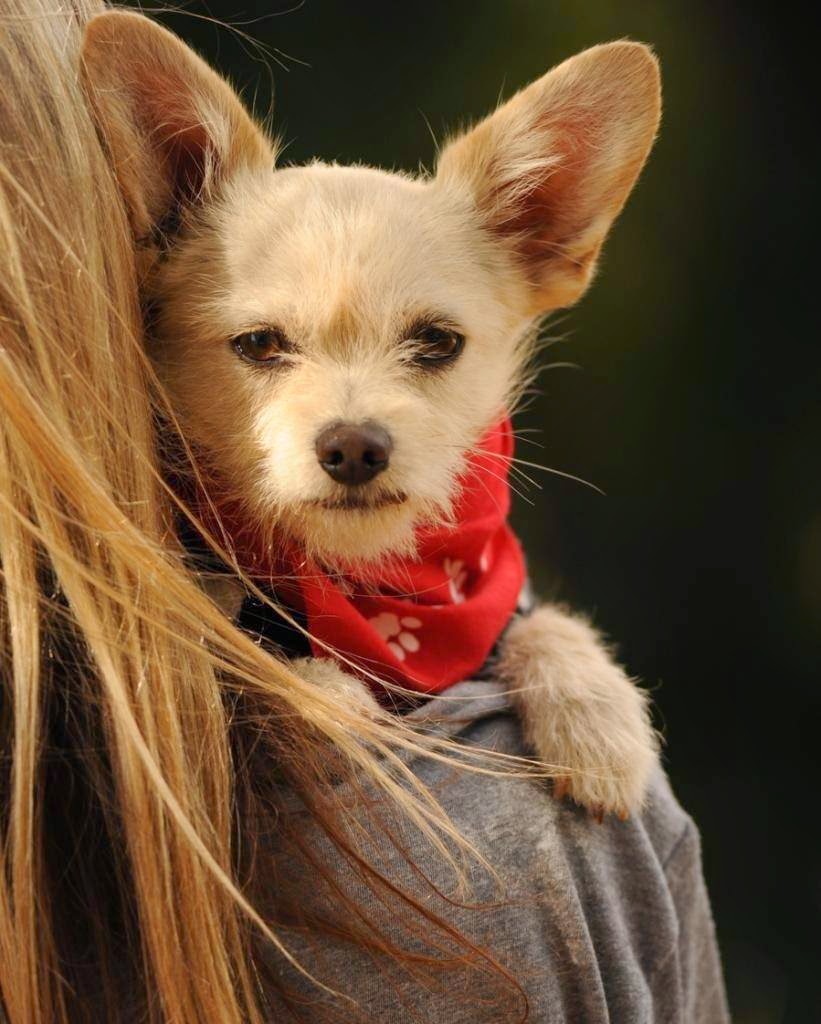 Stay safe, my friends. And be sure to check those halters.