Our clothes dryer went on the fritz this weekend. The repair guy came out and replaced some whatsit and said it would be fine now. But in taking off the front panel of the dryer, he removed a huge ball of lint from INSIDE the dryer: 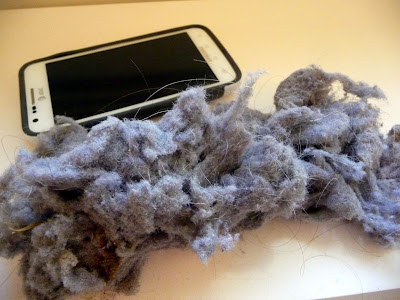 Not on the side of the dryer.

Inside the machine, where I had no way of removing it.

What's more, he said it was very dangerous. Lint can catch on fire in a second!

So after he replaced the thingummy and removed all the lint from deep inside the machine, I took a look around the outside of my dryer and discovered this, between the machine and the wall: 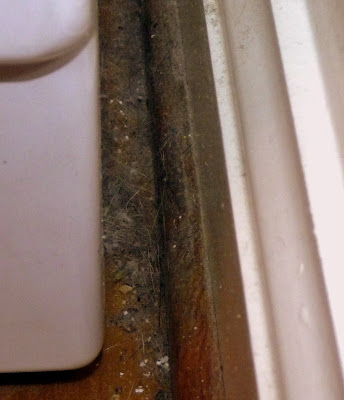 Euwww. I dampened a paper towel, attached it to the end of a yard stick, and swabbed that area down. 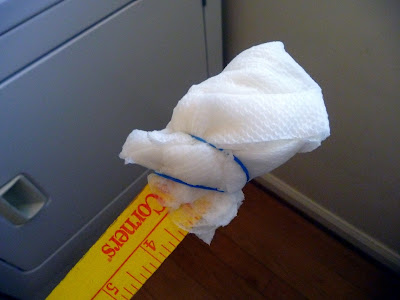 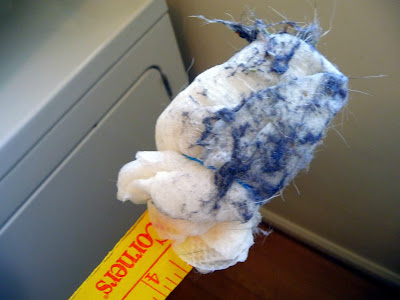 Ick. By the way, you DO know to clean the lint trap before every load you dry, right? 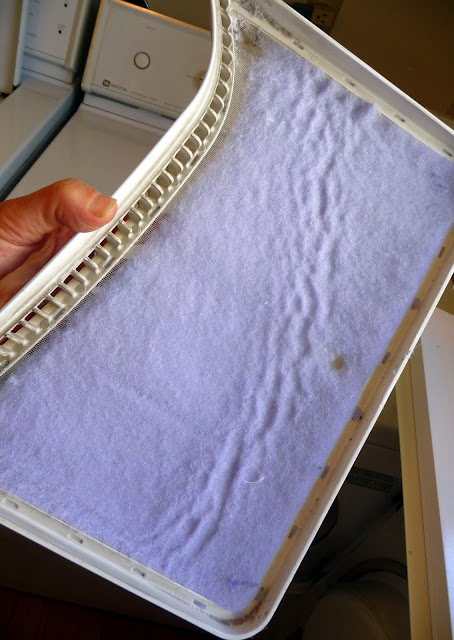 After all, that's why this is embedded in the plastic on the trap: 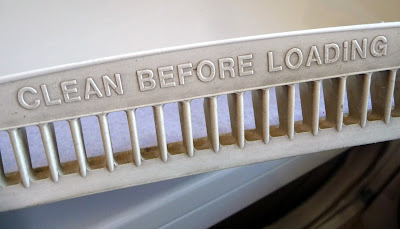 Then I peeked behind the dryer and saw that the hose to the outside had a tear in it, and lint was spilling out: 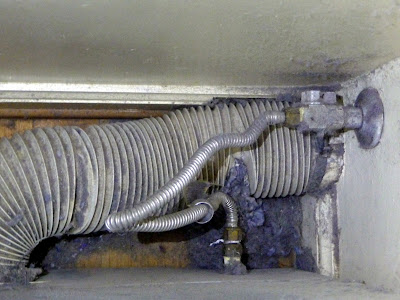 Ack! Major fire hazard. So I pulled the machine out from the wall and disconnected the hose to clean it out. I asked The Hubby if he'd try patching the vent with duct tape:

It was really tight back there! But The Hubby did his best: 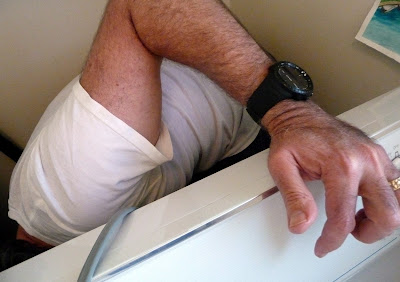 Unfortunately, all he could do--after duct-taping the vent hose--was to clean up the fuzz off the floor. 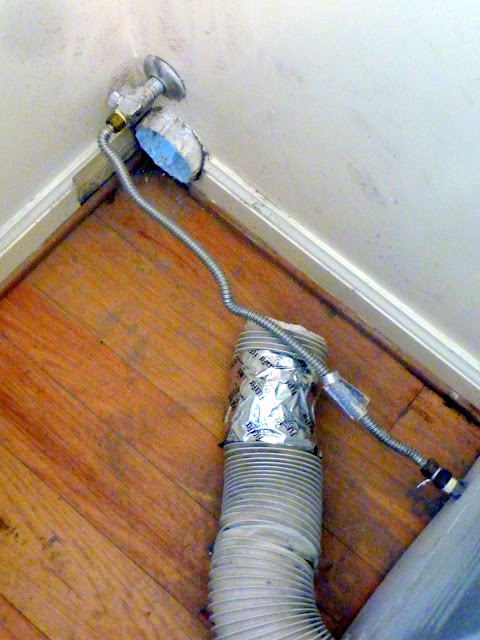 Turns out, our venting isn't even up to code. The better venting tube is all flexible metal, not paper-and-metal, like ours.