A Walk Among the Giant Sequoias

Over the weekend, The Hubby and I drove to Sequoia National Park. Before we got anywhere near the park, we saw snow on the hills at Fort Tejon--a good sign that the High Sierra would be snowy, too. 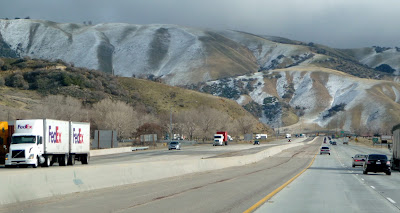 Once we got up into the park, chains were required on all vehicles: 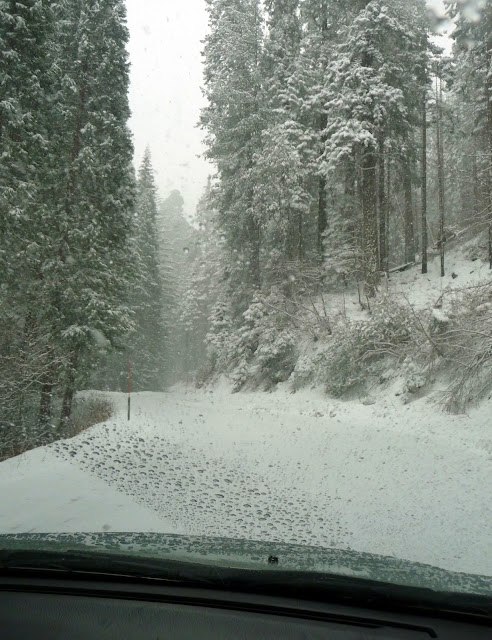 On Saturday morning, the frost flakes on the car's windshield were huge: 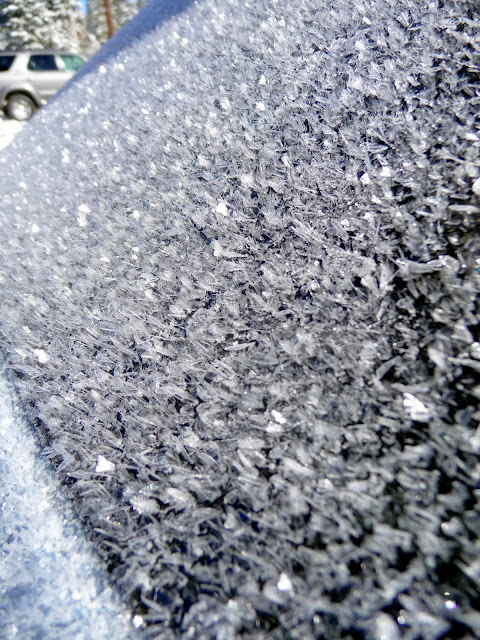 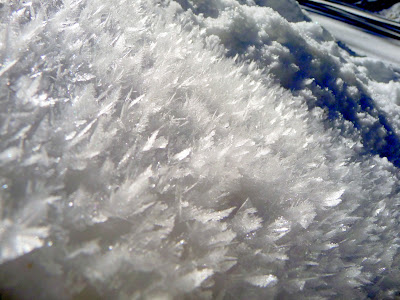 You need snowshoes to walk where we were going. They look funny, but they're easy to strap on, and it only takes a minute to get used to walking with them: 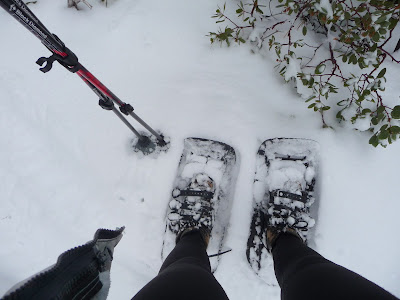 We went in here: 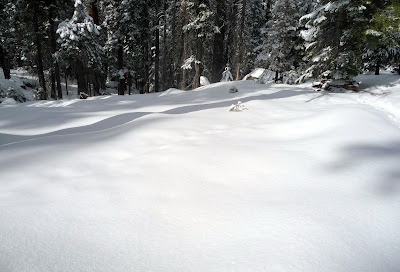 The air was so still and quiet, all we heard was the crunch of our snowshoes, the whoosh of our breathing, and the occasional *plop* as snow fell from the trees and hit the lower branches: 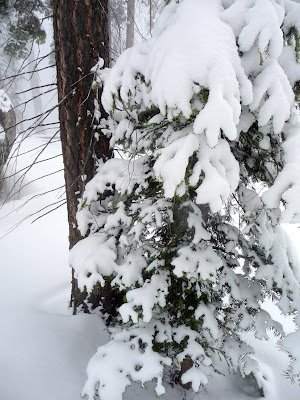 This is what we came to see: Giant Sequoias. They are by far the largest living things on the planet--even larger than a Blue Whale. 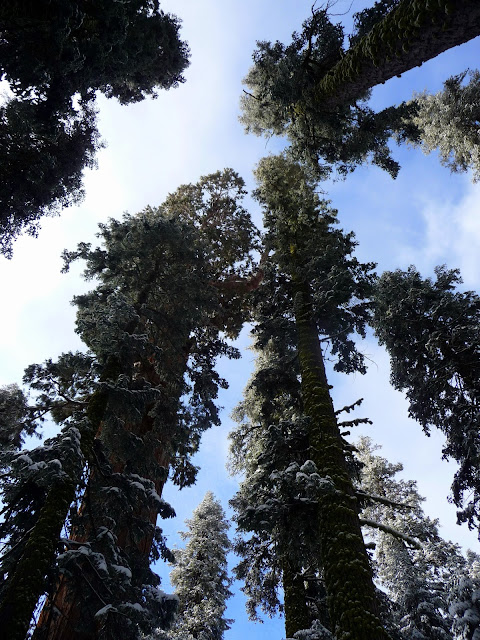 Some of these trees are over 3,200 years old, and they are still growing larger all the time! 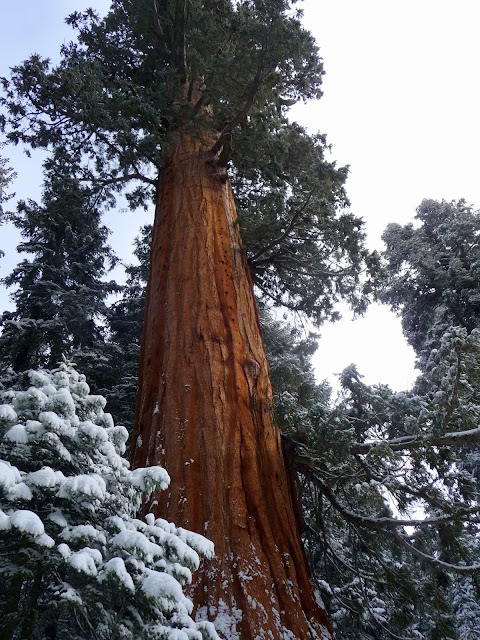 The single largest Sequoia in existence is the General Sherman tree. It's almost impossible to take a photo of the whole thing at once. And yet it stands just a few yards away from the highway, and anybody can park, walk up a small slope, and gaze in wonder at it.

This isn't the General; this is just another gorgeous, huge, awe-inspiring Sequoia: 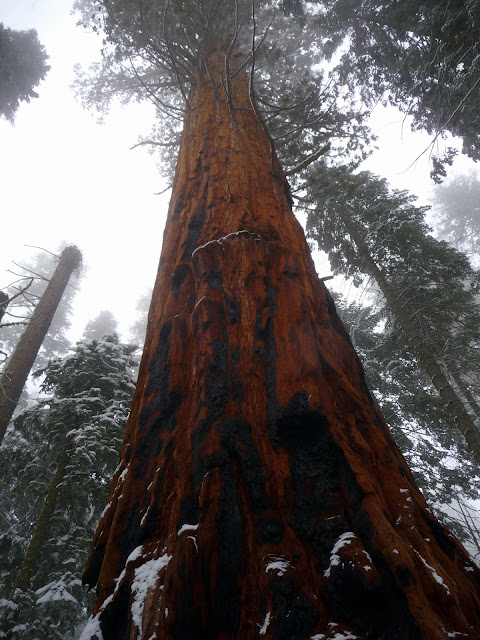 For a look at General Sherman, you could look at Google Images. That will give you an idea. But to really understand how massive these trees are, you have to visit them.

The second largest living thing on Earth is the President, a short hike away from General Sherman. We visited it, too. For a peek at the President, look at this article by National Geographic, in its December 2012 issue. And you can admire the NatGeo photos, here.

When these gorgeous giants fall, they expose the massive size of their roots. They are three times taller than a person, at least. This Sequoia had a baby tree growing out of its dead roots: 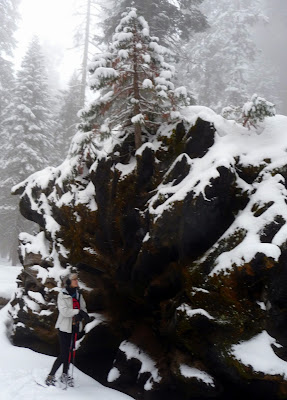 Toppled Sequoias sometimes have tunnels cut into them so people can walk through or underneath: 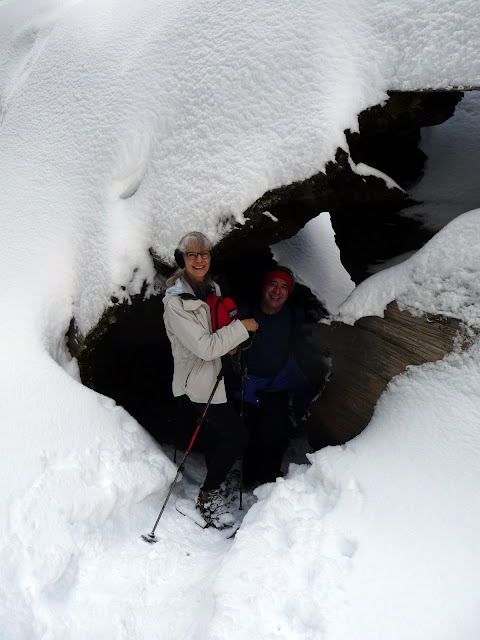 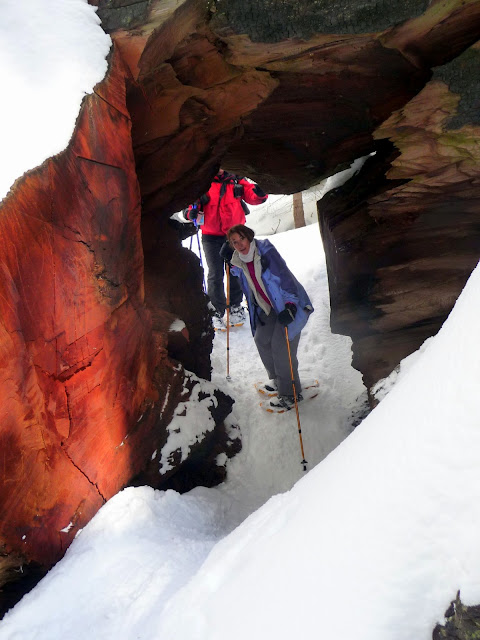 The day was sunny and foggy, by turn. It wasn't always easy to tell where the trail was when, in every direction, it looked like this: 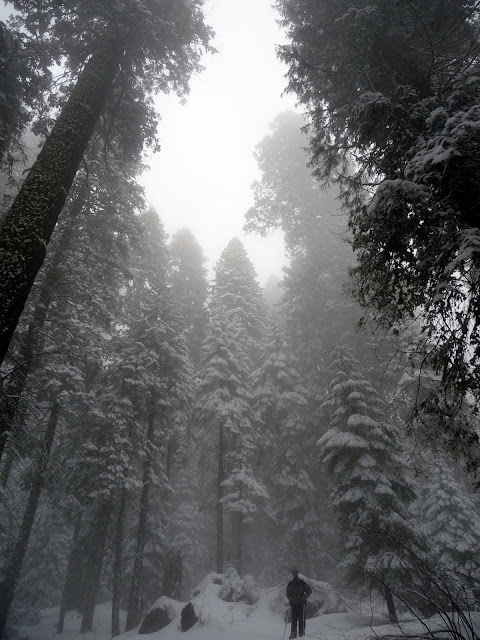 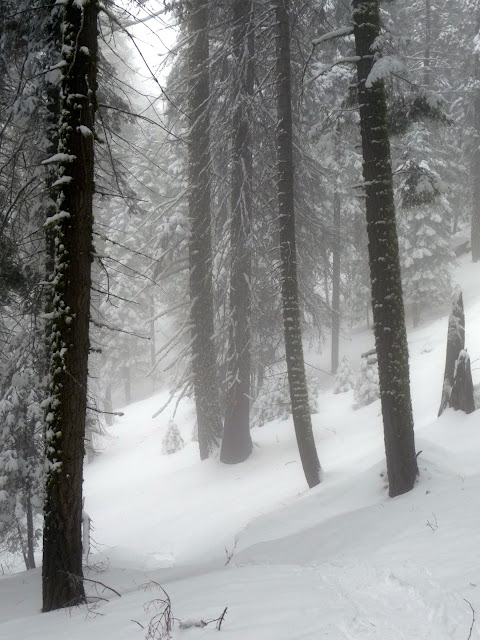 Little metal signs, called "blazes," hammered about 12 feet off the ground, helped us stay on the path. When the trail turns, the triangles point the way: 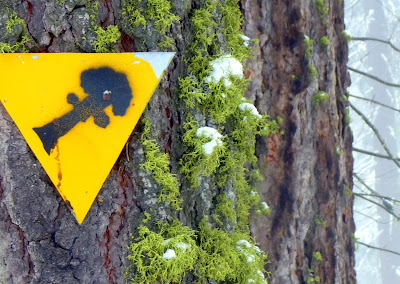 With one eye peeled for the next blaze, we still managed to tromp along and enjoy the singular beauty all around us: 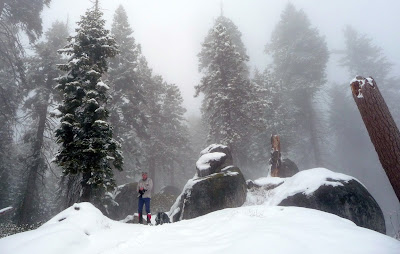 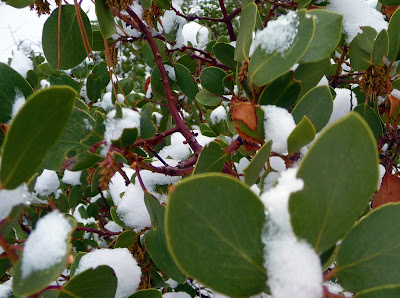 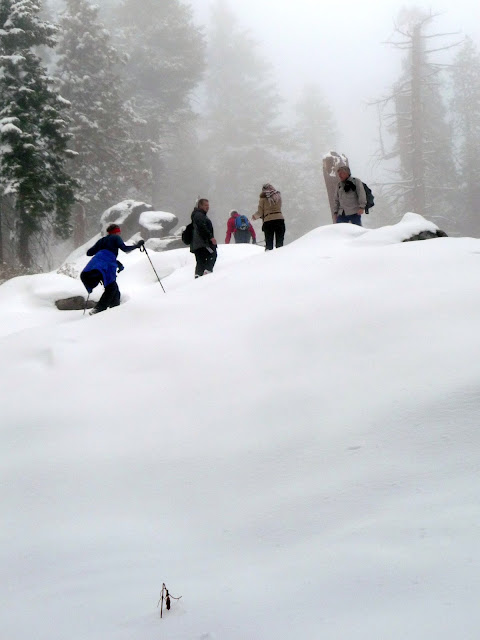 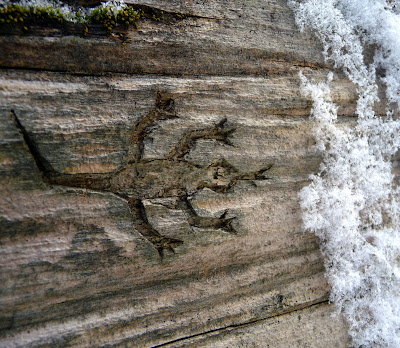 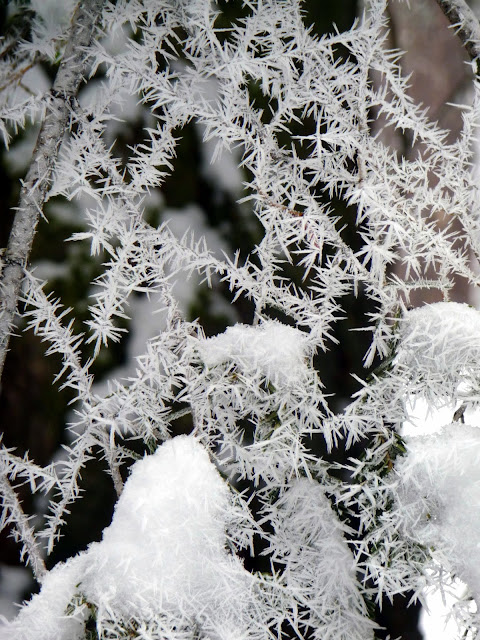 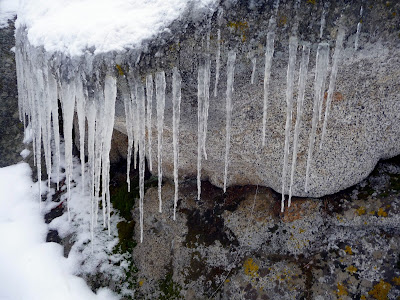 Near the end of the trail, I snapped this photo. It looks like one of our party is kneeling in awe or supplication at the feet of this great, shaggy being: 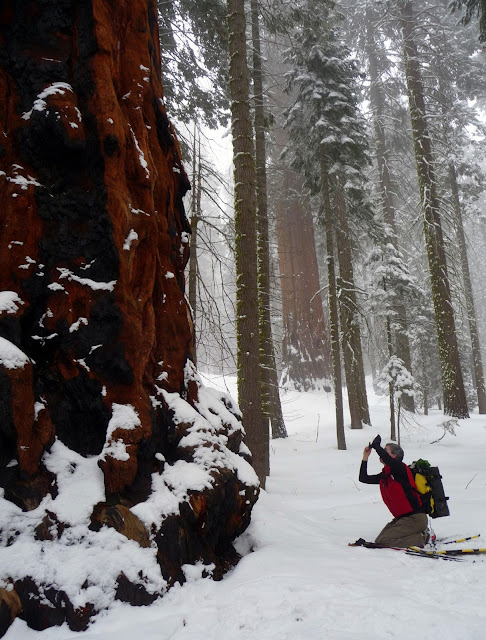 These gentle giants will do that to you.