Yesterday I tried a new recipe that seemed pure genius. Instead, it was a disappointment. The recipe is from a recent "Oprah" magazine, and it calls for an entire jar of Nutella--the chocolate/hazelnut spread. You know it, right? (Please tell me you know it, and if you don't, run right out and get some NOW. It is di-vine.)

So, anyway, you blend together Nutella, a couple of eggs, some flour and salt, and bake it up. Ta-daa! Chocolate-Hazelnut Brownies, from stuff you probably have on your shelves.

Except, it isn't. The fault isn't that there's no leavening (baking soda or baking powder, usually), which makes baked goods rise. There is room on this planet for dense, flat brownies. They can still be yummy, even though they may bake up to less than an inch high, like this: 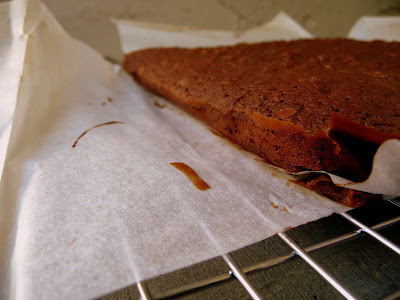 The brownies smelled wonderful, coming out of the oven. They looked good, cooling on the rack: 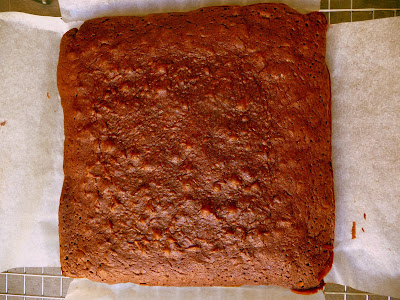 They cut up nicely, and I was all primed for sharing them with a friend for tea.

But they tasted bleah. They weren't bad, exactly, but neither were they really good. And for the number of calories packed into one brownie, they'd better be exceptional. 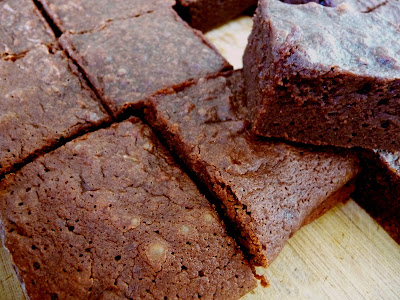 On the other hand, I continue to fall in love over and over again with my Easy Drop Scones recipe. Lately I've added nuts to it, and the result is fantastic. 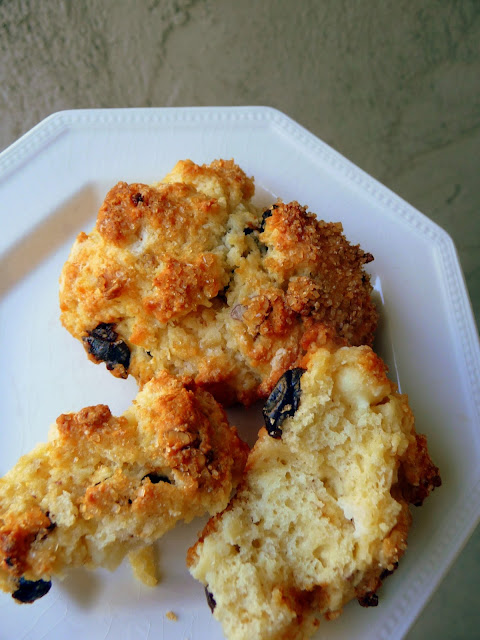 This gorgeous batch is made with roughly equal parts of chopped dried cherries, chopped pecans, and white chocolate chips. 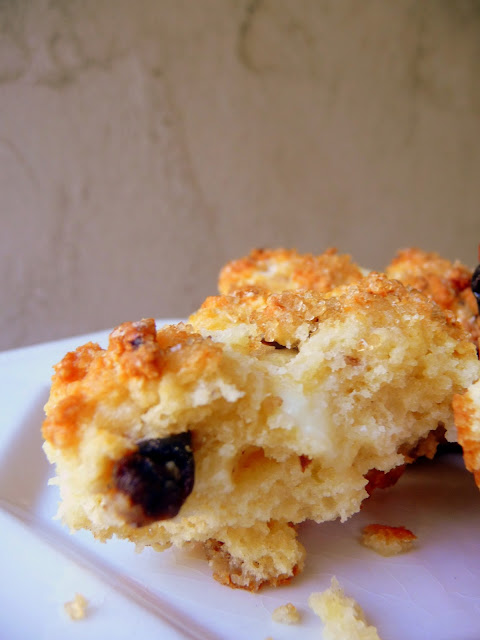 The batch before last, I used macadamia nuts instead of pecans. Omigosh. Swoon-worthy.