This was in our junk mail today: 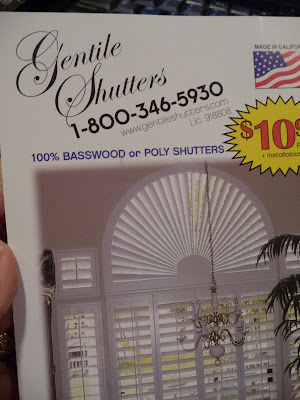 This is either the worst name for a company servicing the city with the third largest Jewish population in the world (after Israel and New York City).

Or it's the stupidest bunch of folks who ever let one bad typo get out of control.

So, even though it was after business hours, I called the 800 number on the mailer.

I wanted to hear their recorded message, to see how they pronounced their name.

Sure enough, they pronounced it "genteel."

Just letting you know, folks, if you misspell your business name, and then never catch the error (or maybe you caught it but it was too late so you're too lazy or stupid and decided to run with it anyway), you have Lost. My. Business. Forever!

a former editor/proofreader, and full-time, genteel non-Gentile.
Posted by Juli at 9:54 PM