I run an afghan-making operation at my house of worship. Mostly, it runs itself. People drop off donated yarns. Other people pick up yarns and knit or crochet them into rectangles. People sew the rectangles together into blankets for battered and abused women (and their kids). I gather up the completed afghans and take them to two deserving local charities.

It's a good system. But it depends on people donating yarn, to get things started.

Sometimes folks drop off unuseable yarn. Like this, for instance: 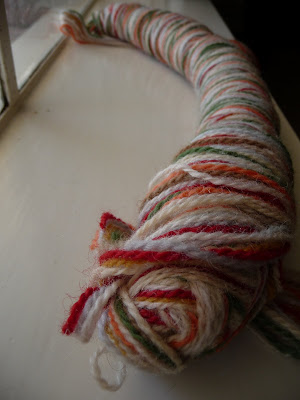 It's kinda scary looking, isn't it? It looks like a giant Sandworm from "Dune," or what's left over when an elephant eats an entire yarn shop. 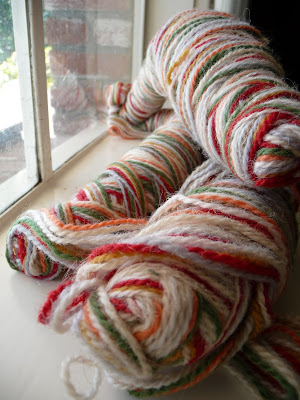 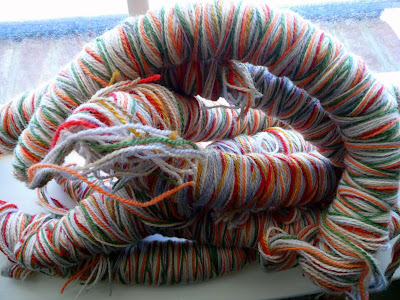 The yarn is scratchy and thin. It's for needlepoint projects, I think. Certainly not for blanket-making projects. 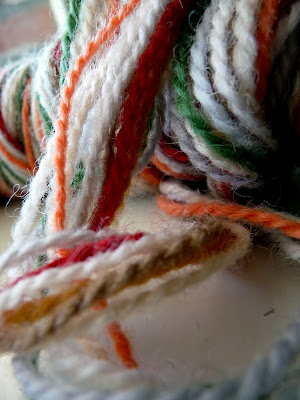 So, what does one do with a pile of fuzzy, turd-shaped, I-could-bop-you-over-the-head-with-this-it's-wrapped-so-tight rejects from 1970s?

Stick them in an apothecary jar? 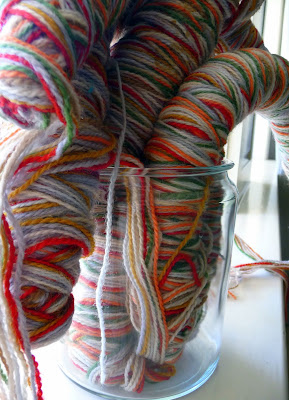 They look like they're trying to make their escape.

Put them in a bigger, "statement" vase? 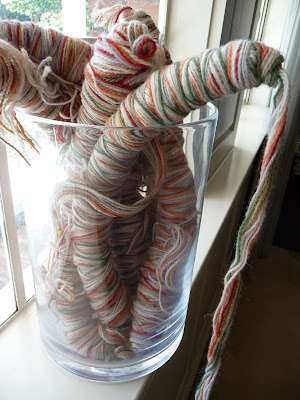 I think the only way these puppies would look good is in one of those huge, free-form wooden bowls you see in high-end decorating magazines. 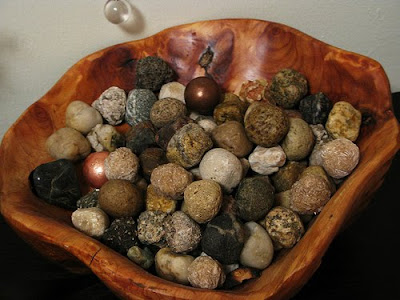 photo: slazebni
Set in the middle of a cool coffee table like this: 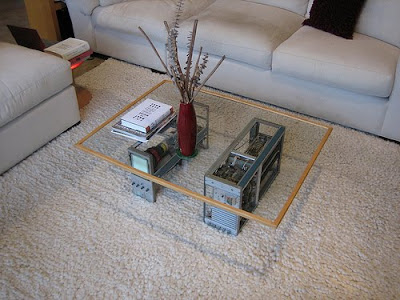 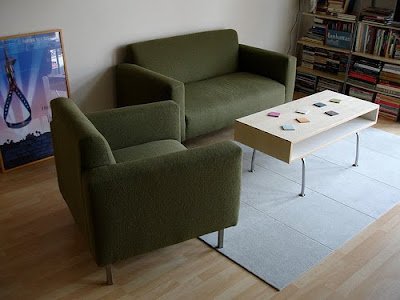 photo: mokolabs
Which is, in turn, placed in a cool, hip loft like this: 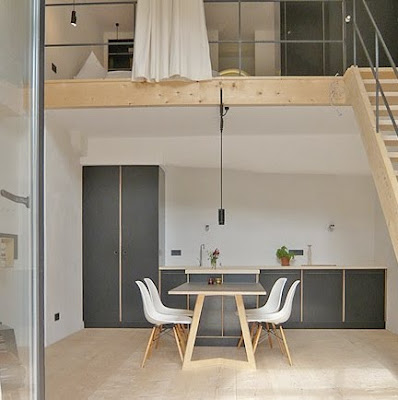 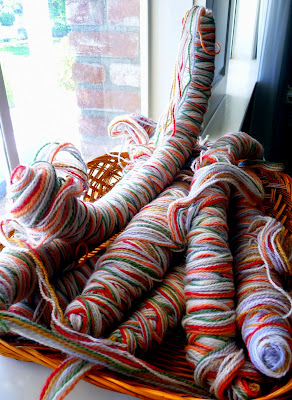 These dudes are freaking me out, so into the "Giveaway" pile they go. 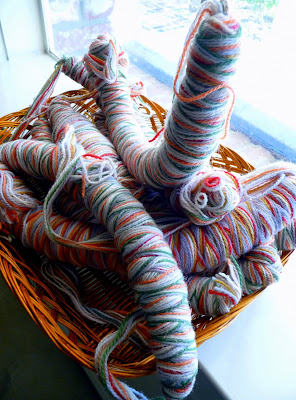 Until some hipster with a loft, a coffee table, and a giant, empty wood bowl comes along.
Posted by Juli at 9:10 AM