Do You Ever Wonder?

Do you ever wonder what this country would be like if more people were like you? What would flourish, what would vanish?

Flea markets and antique shops would flourish. Large discount stores (except for Target) would pretty much vanish. 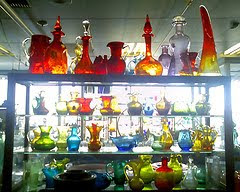 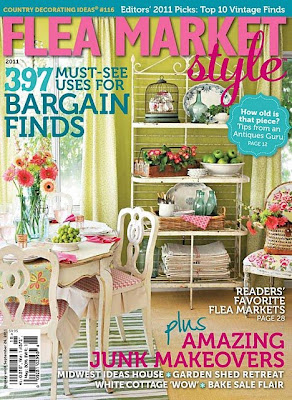 Have you seen this issue on the newsstands? It's expensive (about $10 for this issue!) but packed with cute ideas.
If my tastes ruled the nation...

Giant discount chains would mostly shrivel up and blow away. Some grocery store chains would survive--especially those that offer superior service like Gelson's. Or those that offer organic awesomeness like Whole Foods. Or the best price on a bunch of daffodils that I've ever found, like Trader Joe's. There would be many more mom-and-pop stores selling artisan cheeses, coffee, chocolate, baked goods, and hand-crafted, small-batch foods. 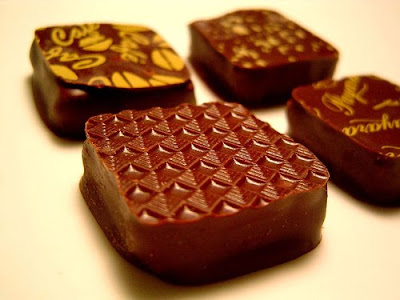 If folks were like me all over the country... 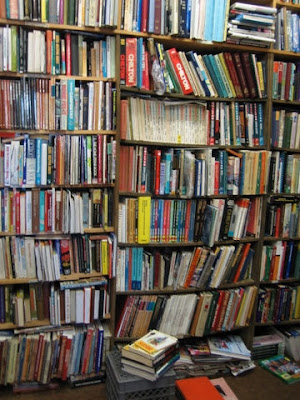 My idea of heaven: an overly stuffed used-bookstore shelf.
photo: babblingdweeb
Public libraries would enjoy a renaissance. Amazon would scrape by, just barely. Big-box, brick-and-mortar book stores would fold. The buildings they inhabit would turn into doggie day-care centers. 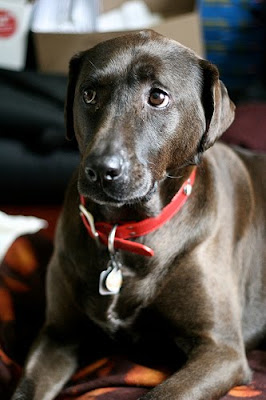 GOR-geous pound puppy.
photo: chiot's run
If more people were like me...

Waaaay more dogs and cats would be neutered. "Pound puppies" would be a thing of the past. Dog trainers, pet sitters, and fancy-shmancy pet stores would thrive. Petco and PetSmart would hang in there, too.

Recycling centers would pop up on every corner. Ditto specialized waste cans for paper, metal, plastic, etc. "Reduce, reuse, recycle" would be the nation's unofficial anthem. 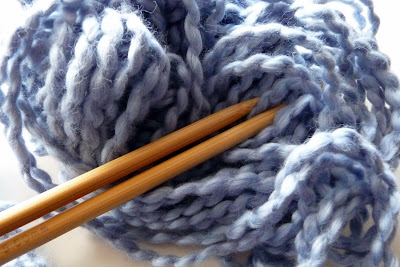 We'd all knit a lot more, too.
If far more folks were like me...

Veal would drop off the national menu. Ditto foie gras. The cattle industry would suffer a huge downturn (but not entirely go away). Sustainable fish populations would rise, threatened fish populations in the wild would recover, and chickens would still be a featured item on the menu. "Meatless Mondays" would happen on most Wednesdays and Thursdays, too.

There would be more small, independent restaurants and fewer chains. Except for In-n-Out, which would expand nationwide: 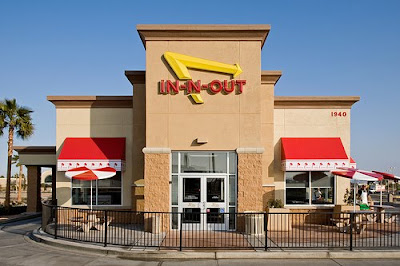 McDonald's would lose money on every single thing it sold except for Diet Coke and fries. In fact, McDonald's would turn into a fries emporium. Yayyyyy!!! It would offer all sorts of fries, including truffle-salt fries, fries with portabello mushroom flakes, sweet-potato and parsnip fries, and fries in duck fat. It would still sell Diet Coke. Lots and lots of Diet Coke. 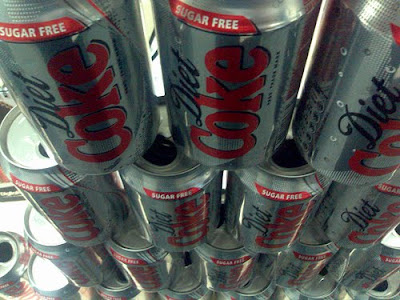 In fact, Diet Coke would become the national drink. Along with coffee. And Earl Grey tea. And English Breakfast tea.
photo: cackhanded
If the rest of the country were like me...

TV soaps and nightly newscasts would die from lack of interest. The television landscape would be dominated by do-it-yourself shows, makeover shows, "Oprah" reruns, "Masterpiece Theatre" reruns, and anything with the word "Dance" in the title. 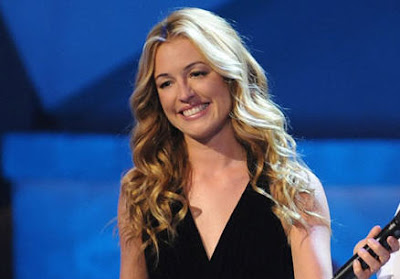 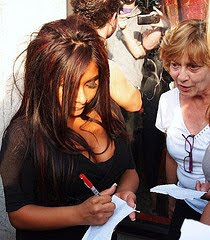 Buh-BYE, Snooki! Nobody wants to watch you any more.
Photo: Caryn La Greca
If this country had a lot more folks thinkin' like me...

Colin Firth would be declared a demi-god. 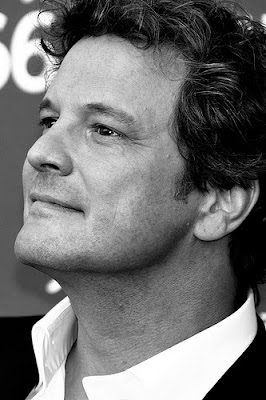 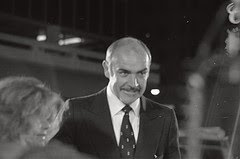 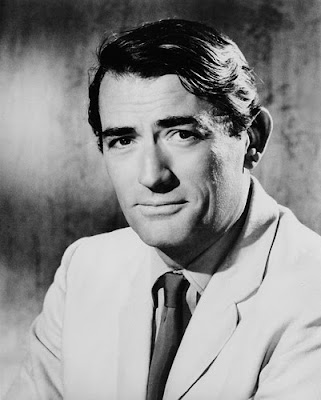 Obviously somebody talented took this photo, and took it a while ago. But I can't give them proper credit because some blogger stuck it in their Flickr file without credit. Meh. 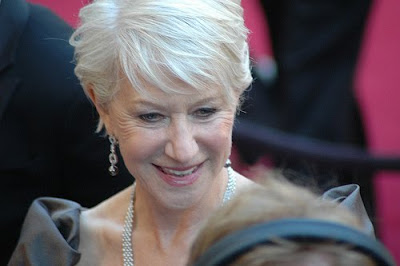 Please, Maker of the Universe, help me to age as beautifully as Helen has.
photo: WEBN-TV 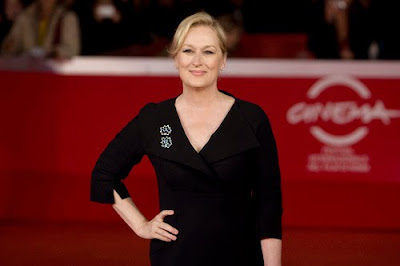 Oh, and also as beautifully as Meryl has. Thankyouverymuch.
photo: Vincent Luigi
If the rest of the nation followed my suit...

Women would stop coloring their hair and let it go beautifully, gloriously silver. Chiropractors and masseuses would enjoy increased prestige. Home cooks would be the norm; people who ate out five nights a week, or who made cookies cut from a log in their freezer would be considered oddballs. 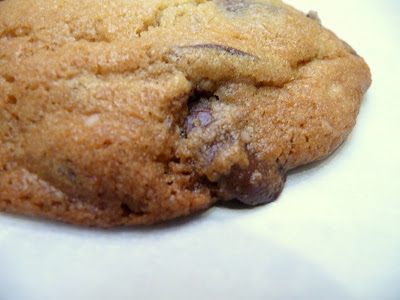 My chocolate-chip cookies, baked from scratch: I wish I could push some right through this screen at you. They're that good!

In the Juli version of the nation... 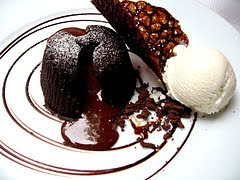 Yeah, this is a good place to start on that trend!
photo: OBiTRAN
Red wine and beer sales would plummet. White wine, Champagne, and liqueur sales would soar.

Vintage clothing shops would enjoy more patronage but quickly be wiped out of their shelves of cashmere, tweeds, silks, and anything that looked like it might have been worn by Audrey Hepburn, Jackie O, Grace Kelly, or Catherine Deneuve. 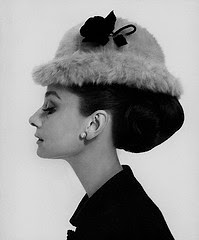 Audrey Hepburn, style icon to millions. Maybe gazillions.
photo: Conde Nast Archive/Corbis
If more people loved what I love, little gift shops and flea markets across the country would be quickly wiped out of anything sterling, vintage/antique, blue-and-white, periwinkle colored, or that features pugs. 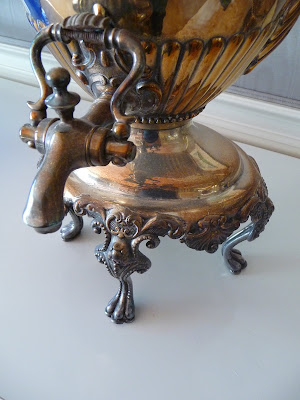 A totally useless antique silver urn thingie in my house that I adore to bits. 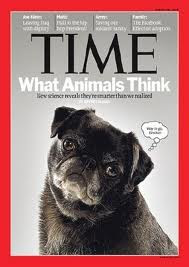 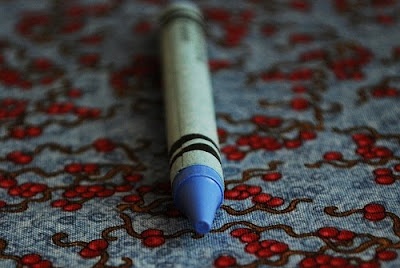 Yup. This is the shade.
photo: Night Reader Bev 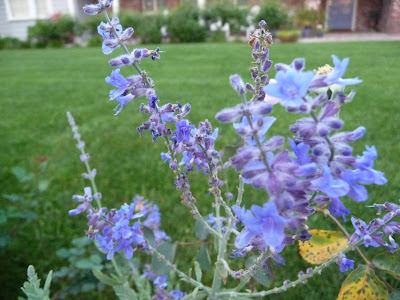 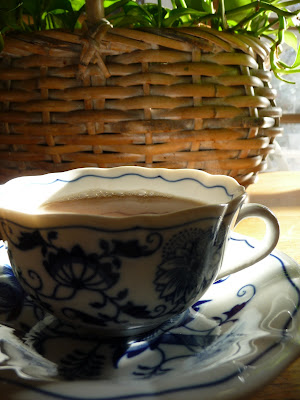 Blue-and-white china: forever and ever a fave. 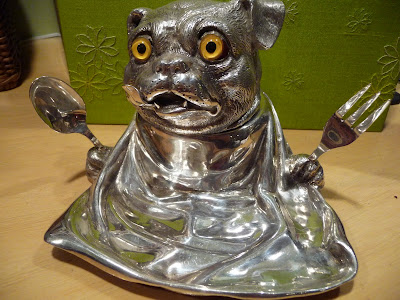 A trifecta of wonderfulness: sterling, antique, and pug!
Whoa! Wait! Forget it! I don't want any more competition for finding my next pug/blue-and-white china teapot/antique silver thingummy/serving of chocolate.