Two days ago I went to London with my friend Andy for the afternoon. We took a 45 minute train from Cambridge to Kings Cross, and then got on the Underground to take us to the tourist-y area that included Westminster Abbey, Big Ben and the Houses of Parliament, the river and the London Eye, and, a short walk away, Buckingham Palace.

Here is Westminster Abbey from the side, where you begin your tour: 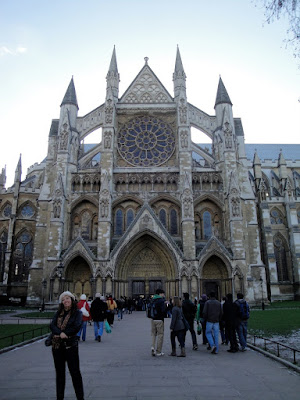 We spent almost 2 hours in the Abbey, as there is simply SO much to see, but they don't allow photographs, so, unfortunately, all I have from inside is one illegally-snapped photo, taken before I saw the "No Photography, Please!" signs. I took this because it was a statue of Athena, my favorite of the Greek gods, and because it reminded me of the California Seal: 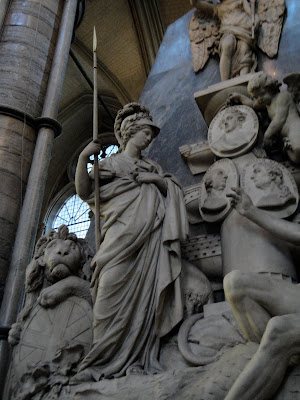 Once you round the three short arms of the cross that make up the Abbey, you are popped outside for a moment to walk down the Cloisters and see the Chapter House (featured in the Da Vinci Code, for those of you who care/remember). This is taken from under a covered walkway, looking back at the nave of the church and the backside of the westwork: 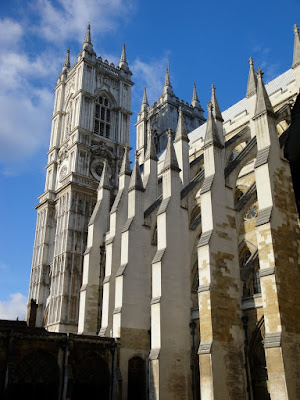 The westwork, or front of Westminster Abbey: 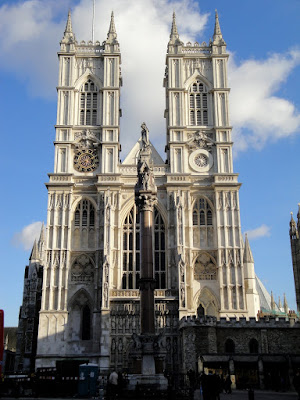 We crossed the river to check out the London Eye, but it was far too expensive, so we had lunch on the other bank and just people-watched instead: 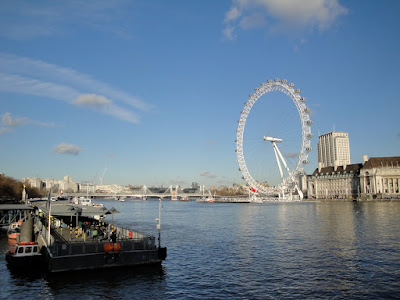 Big Ben and the Houses of Parliament, back across the river: 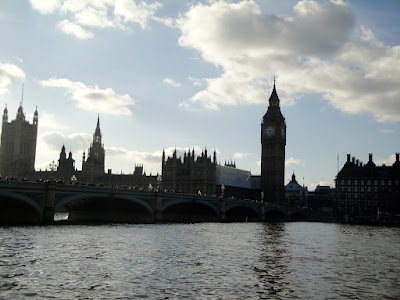 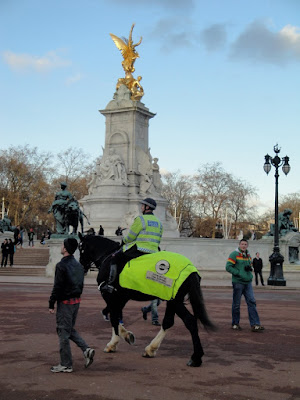 Buckingham Palace. I was actually kind of underwhelmed...it is very one-note, and not an extremely architecturally-inspired kind of a building, but I had to pose in front of it nonetheless! 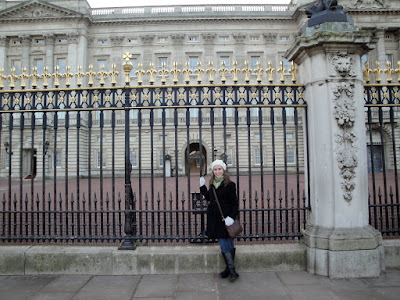 We ended our day with a late coffee and pastry at an adorable little French cafe in Soho, with promises to be back soon! 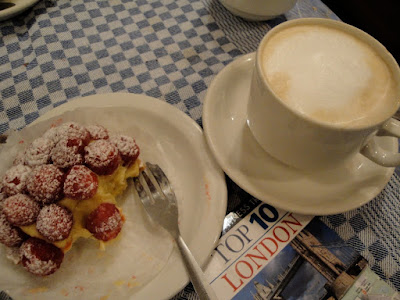