When I was a little girl in the 1950s and early 1960s, the world was a far safer place. I remember going to the grocery store with my mother and, while she shopped inside, I played in the front of the store. Right next to doors leading out to the parking lot. With no attendant around, no nothing. 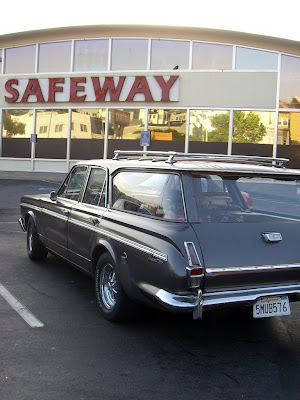 Those were different times.

People parked their cars in the parking lot, then they parked their kids in the kiddie area. It was a special place, set aside for children to play while their mothers shopped. And it was always mothers doing the shopping, because this was the 1950s/early 1960s, people. 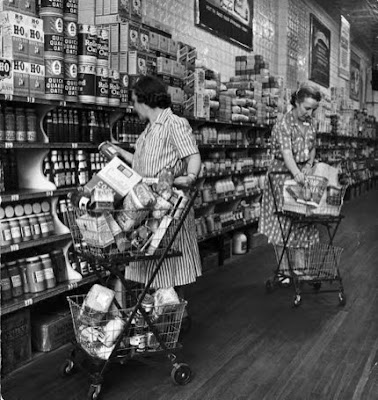 Anyway, I remember the kids' area with fondness. There were rides you could take for a nickel, like this: 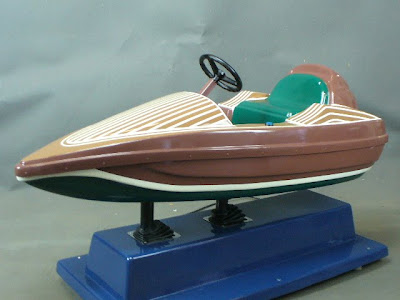 Even better, there was a little booth you could sit in and watch cartoons, for free! It was about the size of a novelty-photo booth--you know, the kind with the little half-curtain across it, just enough room on the bench for you and a friend, the kind that gives you a strip of four photos at the end?

But this was a booth to sit in and watch cartoons, which were on a continuous loop. After I tired of riding the rocket ship or the bucking bronco or whatever, I sidled into the cartoon booth and stayed there, happily soaking up cartoons until Mom finished her shopping.

It is astonishing to think how naive we as a nation were, back then.

Moms assumed kids would stay put in the kids' area. Kids assumed moms would come back for them (a pretty safe assumption on my part, since I was a good little girl). Grocery stores assumed they had no need to establish a check-in/check-out system for the kids. They further assumed no need to employ an adult to watch over said kids. Everyone--moms, store owners, society, the government--assumed there was no reason why the area shouldn't be right at the front doors of the grocery store. Right next to the parking lot filled with moving cars. Right where anybody could come in, grab a kid, and be gone before the child could even bleat, "Hey! I'm missing the Mighty Mouse cartoon! Unhand me, you creep!"

I want to bring the idea back.

Not for kids, actually: for dogs.

There's a lovely grocery store, with the most wonderful produce, just a 7-minute walk from my house. I tend to shop in the European method--that is, I buy something almost every day to make for dinner that night. I would love to be able to walk a dog or two over to the store, tether them up safely, get my fresh parsley or pound of green beans or whatever it is I'm missing for dinner that night, and then trot home with dog and single bag of groceries.

We'd have to make a few changes from the 1950s model, of course.

We'd need a way of checking the dogs in, having somebody watch over them, and a safe system of reclaiming them that doesn't allow for some creep to take your precious Fifi home, hoodwinking the attendant into thinking it's Creep's, not your, dog.

It can be done!

IKEA does it. Near the entrance to the store, there's a kid zone. Children are checked in, and off they go to play. While parents shop for "Ikvor" book cases and "Lubland" lamps (making up these names, folks--doesn't IKEA?), the kids happily play in the ball pit, color, read books, stack foam blocks, whatever. Dogs need a whole lot less to make them happy, too. No need for balls or books or blocks. Give mutts an Astroturf surface to run around on, a couple bowls of water, and an attendant with a pooper scooper and a hose. They're happy. 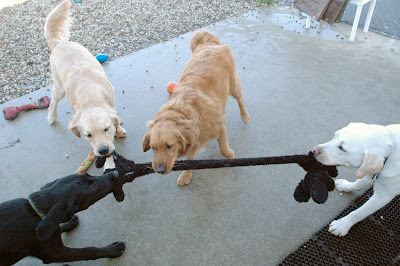 And because it would be outside, not inside, the store, the Health Department would be happy. Dog-a-phobes and folks with allergies could use the other entrance; every large grocery store has two these days.

I think we should really look into this concept, people! 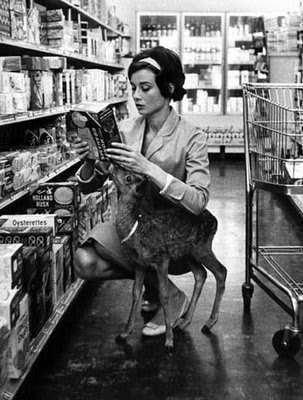 Sure beats trying to shop for crackers with your baby deer getting in the way.
Posted by Juli at 10:33 AM