I'm lactose-intolerant yet love all dairy products: ice cream, milk, yogurt, cheese: yum! But the only way I can ingest cow's milk products is to take a lactase enzyme with the first swallow.

That's okay, but sometime I just want to dive into a dish of ice cream or a cup of yogurt without worrying about repercussions. So decided to taste-test three different vanilla yogurts--one made with cow's milk, one with sheep's, and one with goat's: This is the goat's milk yogurt. The packaging is a little funky: 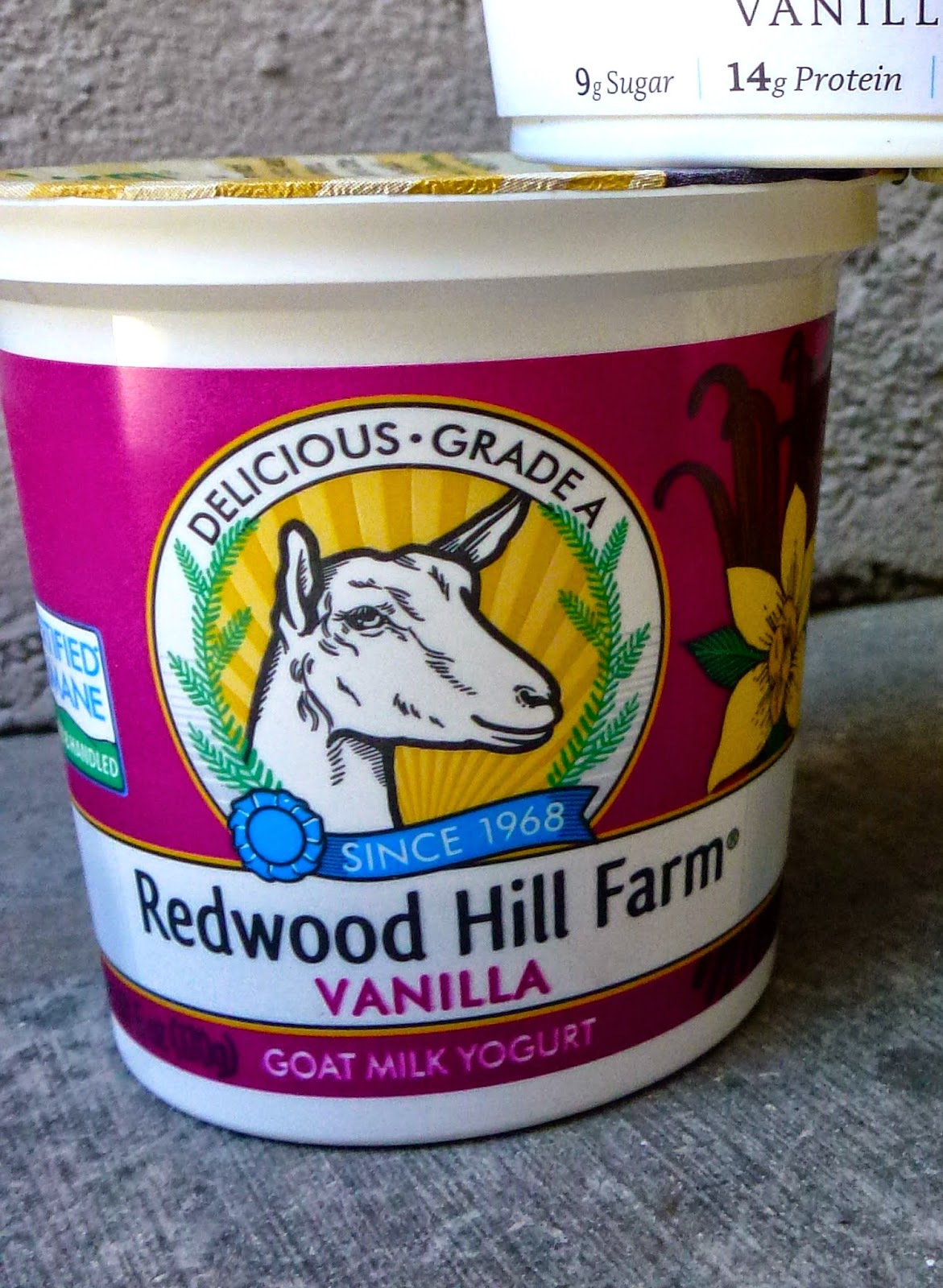 The foil lid is definitely funky, although kind of cute: 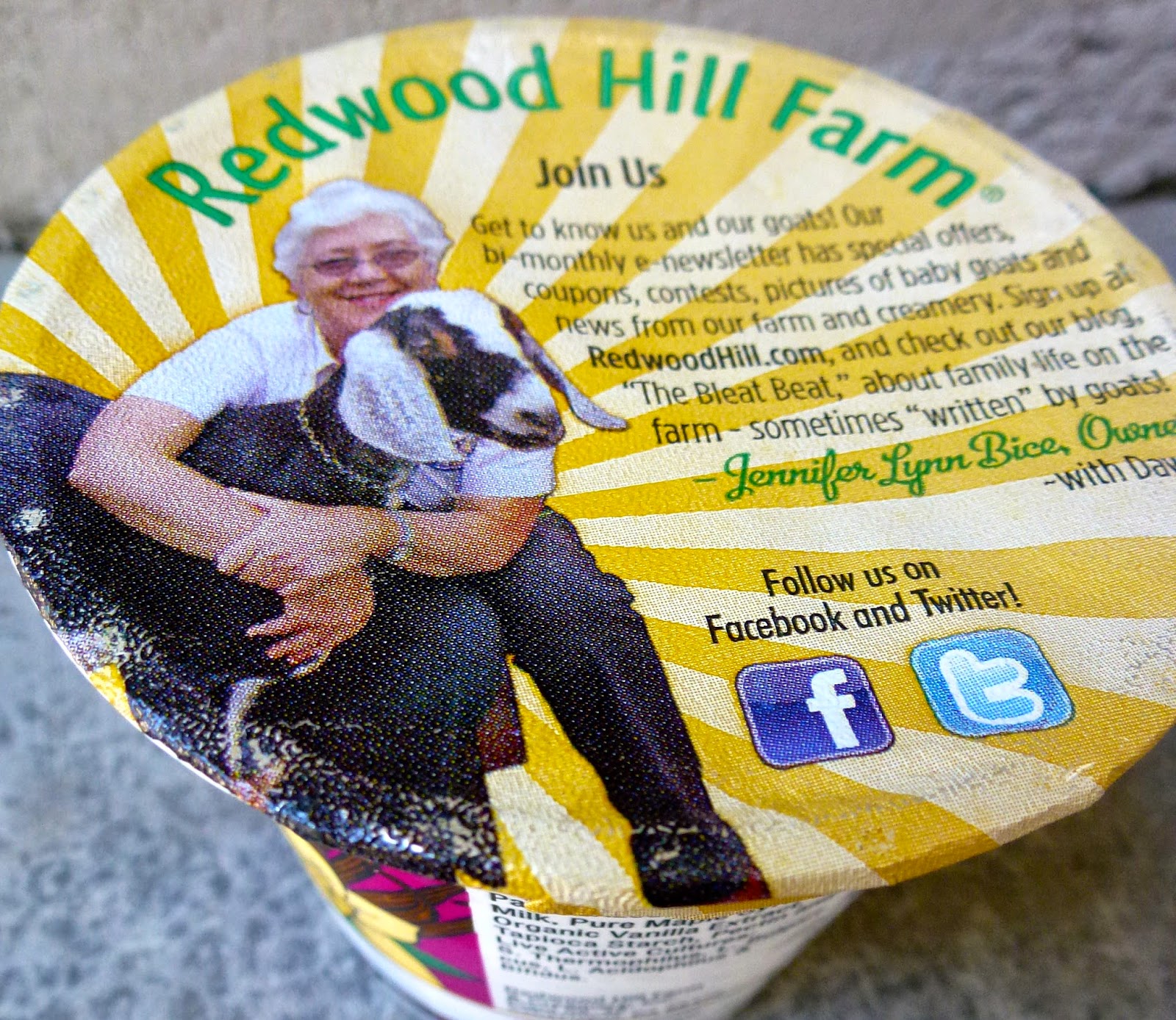 This is the sheep's-milk yogurt. Nice packaging: 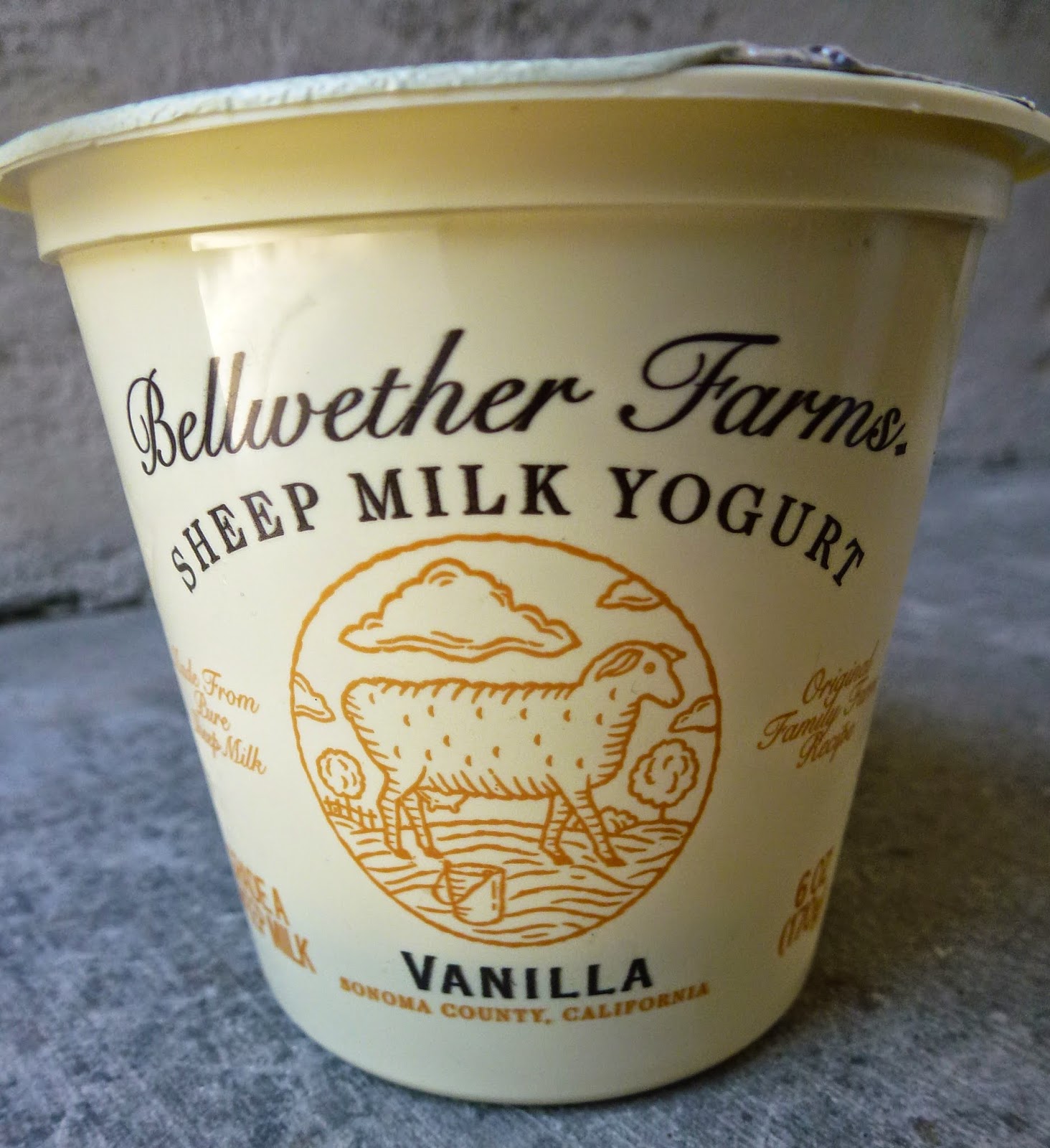 The foil lid is restrained but attractive: 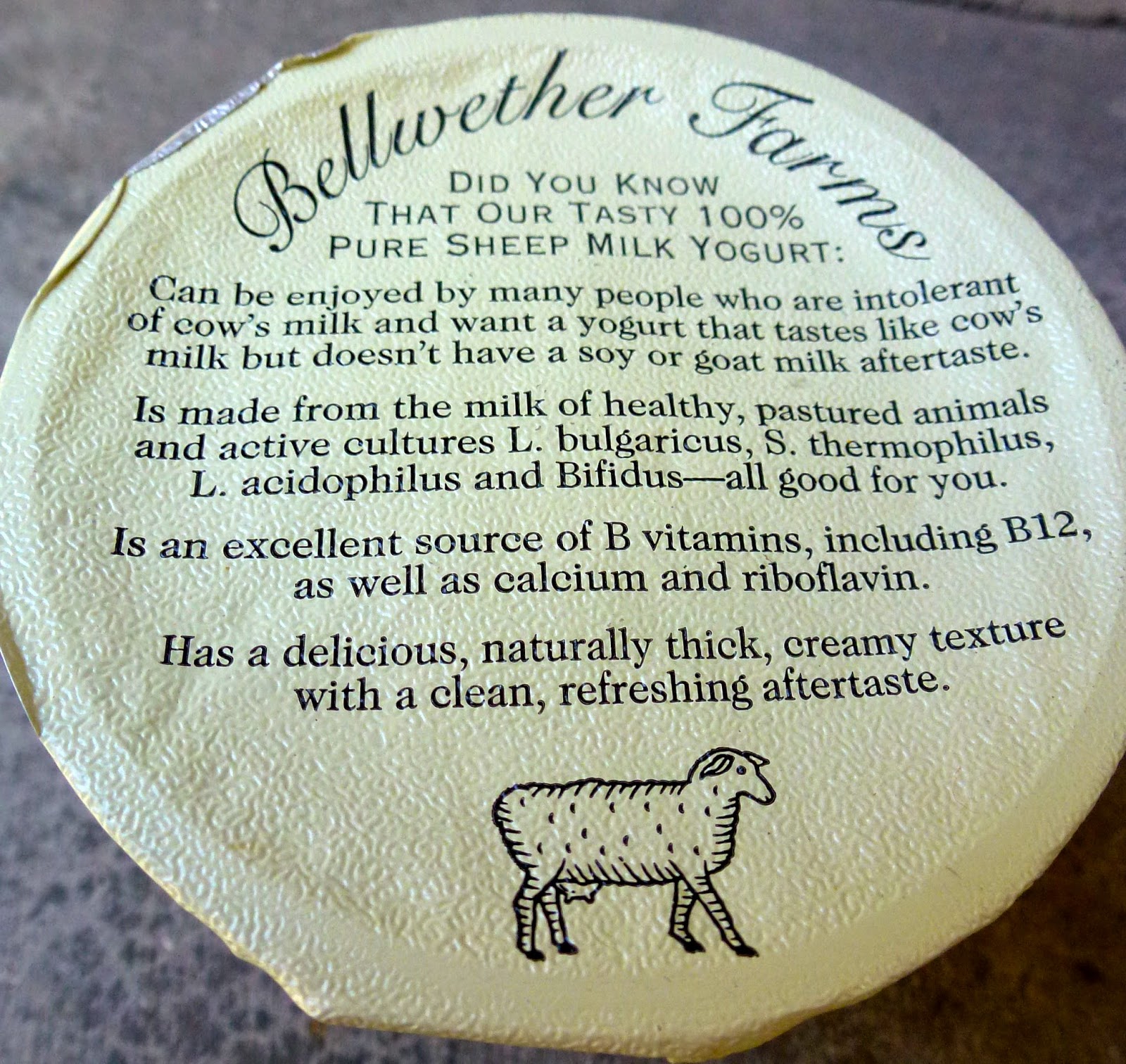 And this is the cow's milk version. It somehow reminds me of an IKEA store: 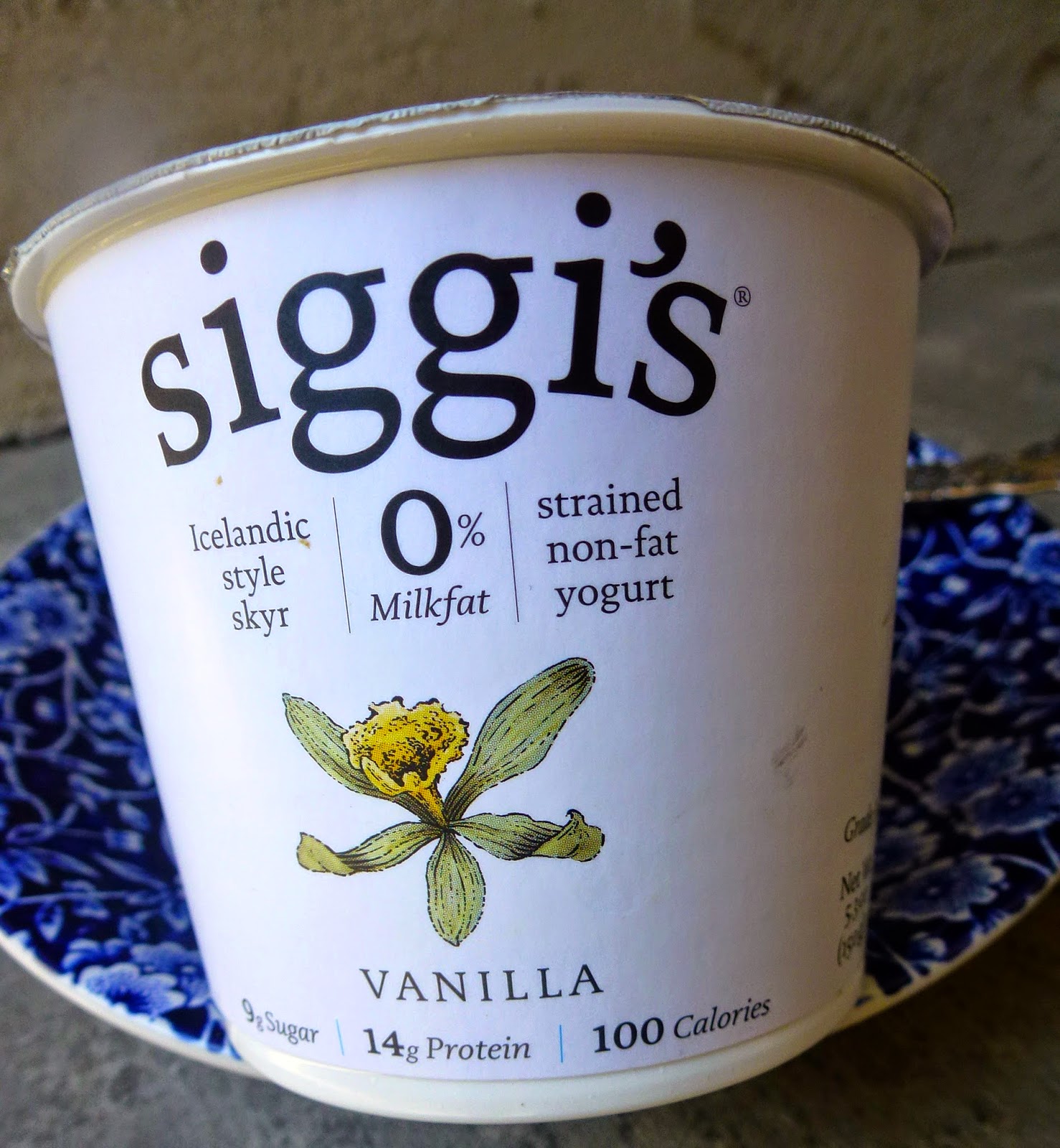 Simple, with just a touch of humor: 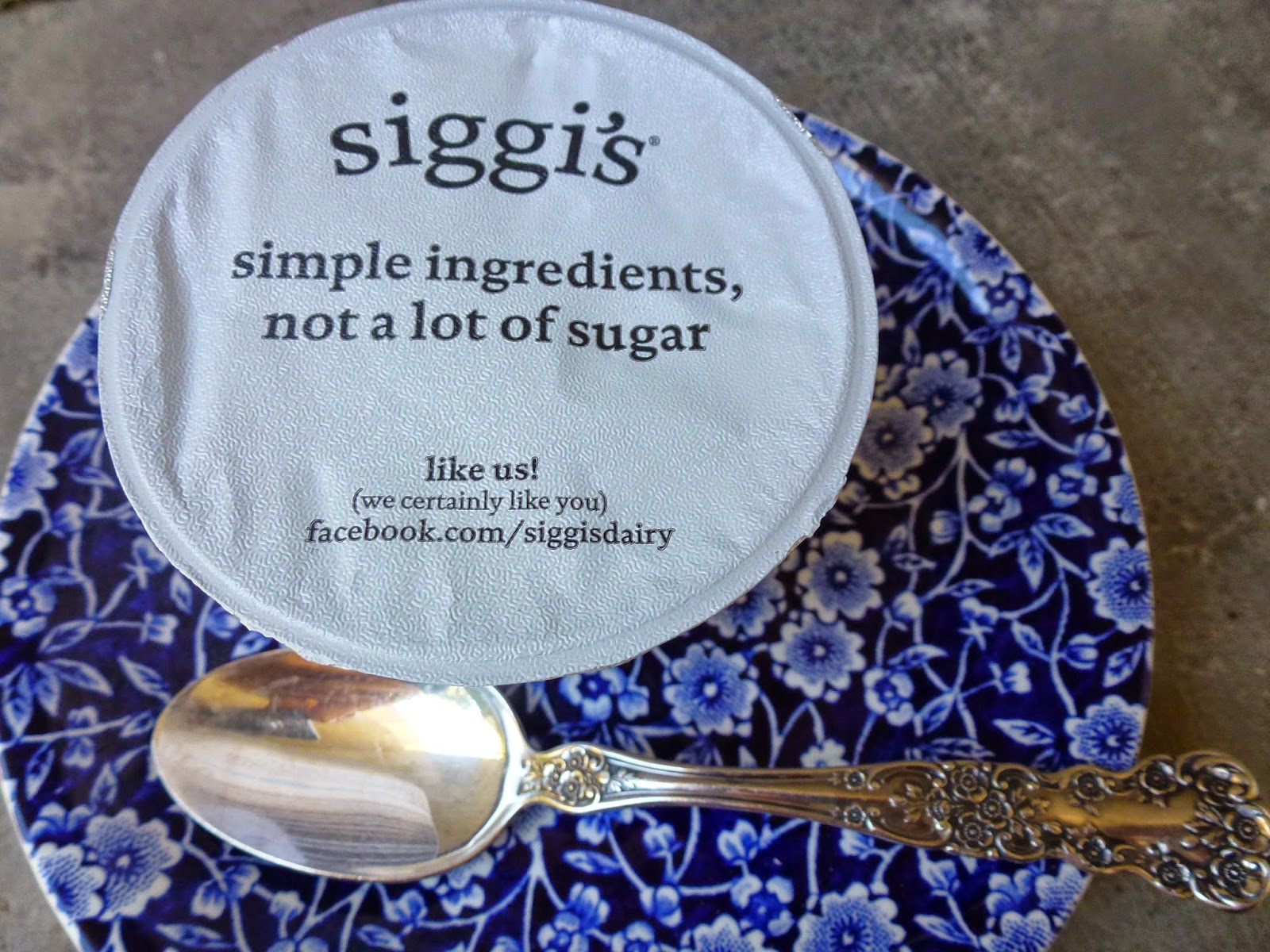 The goat's milk yogurt was a decidedly caramel color. The smell and taste of goat was overwhelming, and not in a good way. I could only handle two small bites: 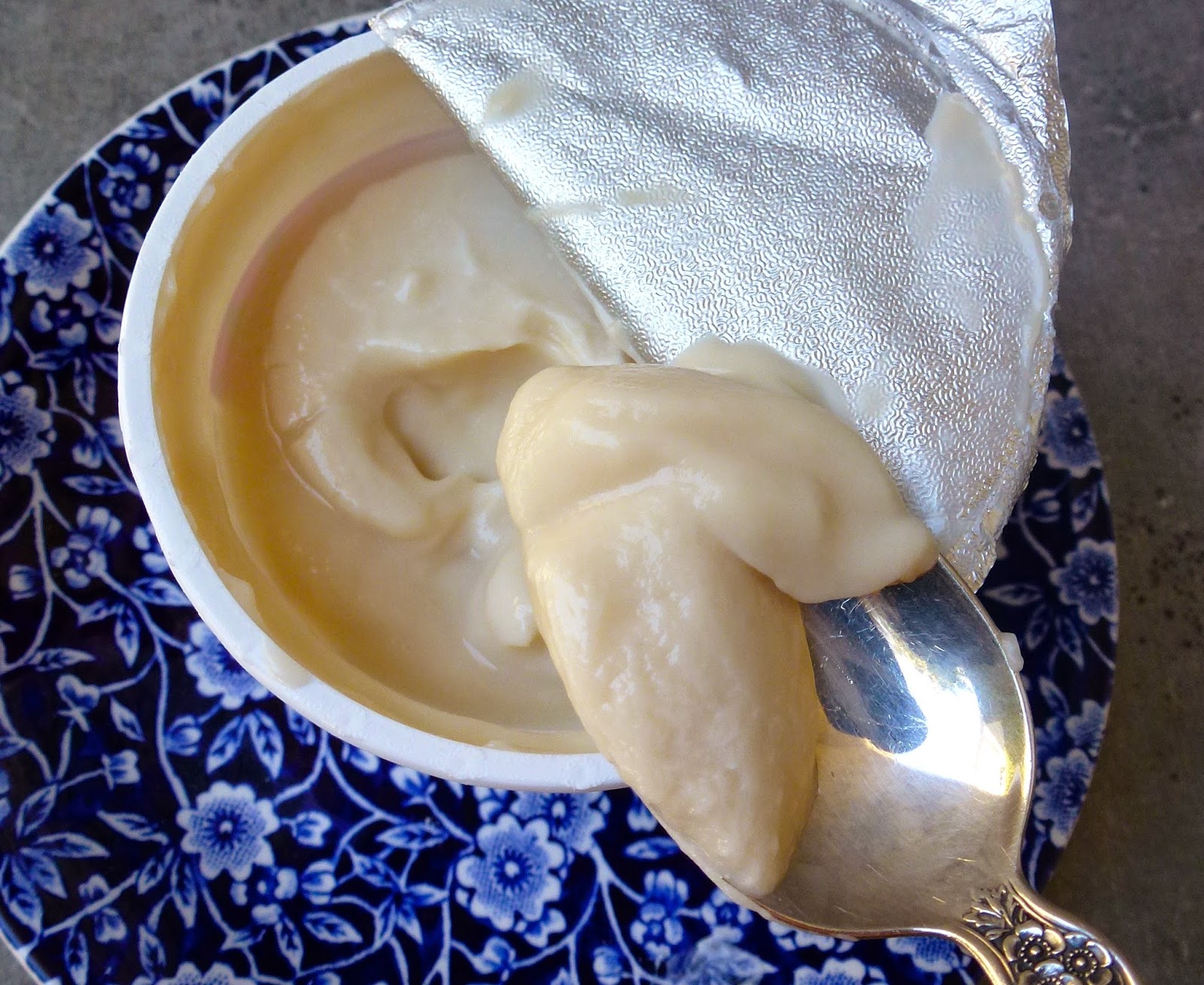 The sheep's milk was delightful. There were little flecks of real vanilla bean in it, and the taste was slightly different from regular, cow's milk yogurt, but in a nice way: 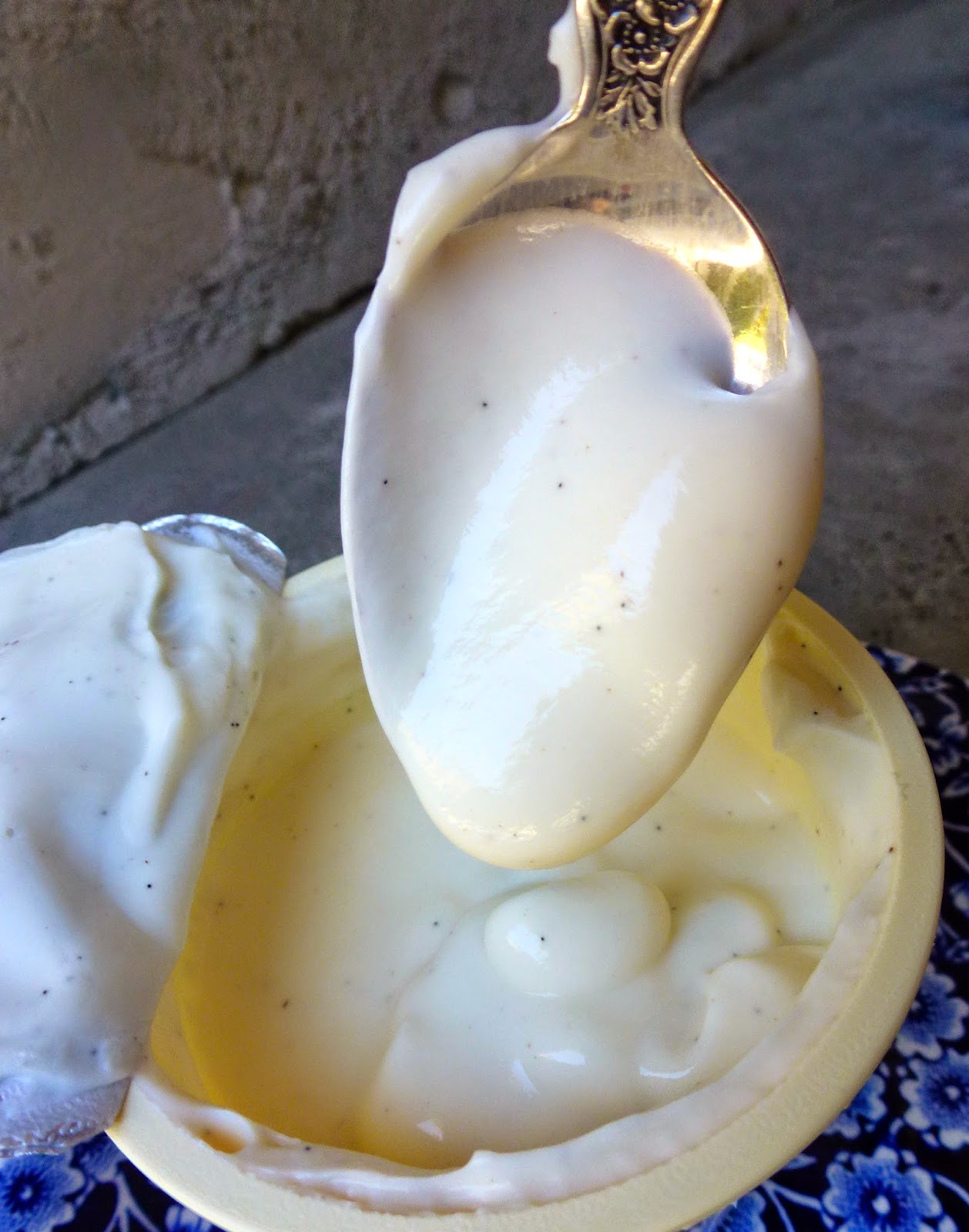 The cow's milk yogurt, not too surprisingly, was spectacular. It tasted as rich and sinful as ice cream. I had to keep checking the label to make sure the sugar content was as low as it said. And nonfat? Could hardly believe it: 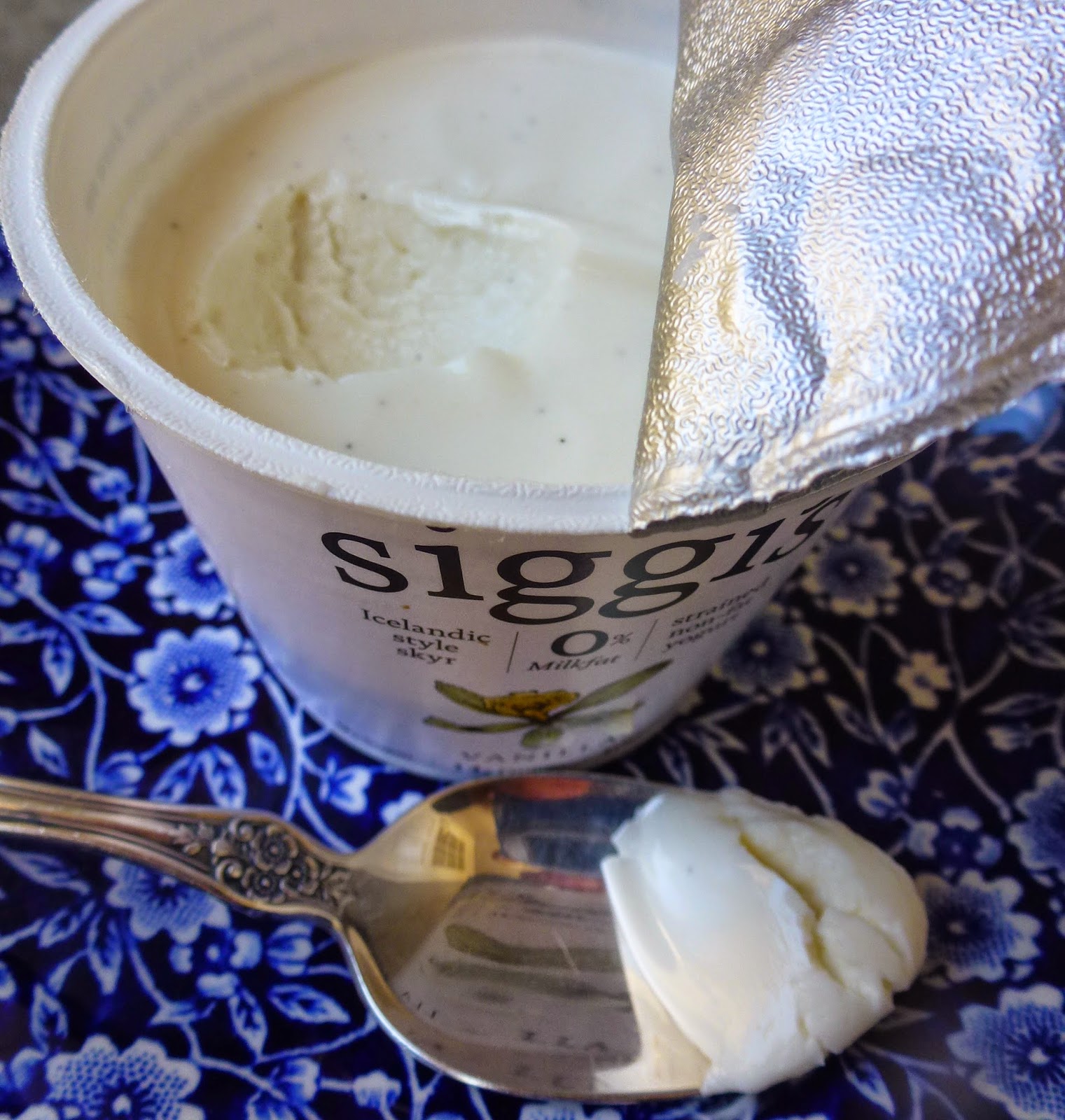 The cow's-milk yogurt is so good I would serve it as a dessert, covered with sliced strawberries or maybe freshly sliced peaches.

All three yogurts had admirable side qualities. The sheep's milk carton felt and acted like plastic, but was biodegradable: 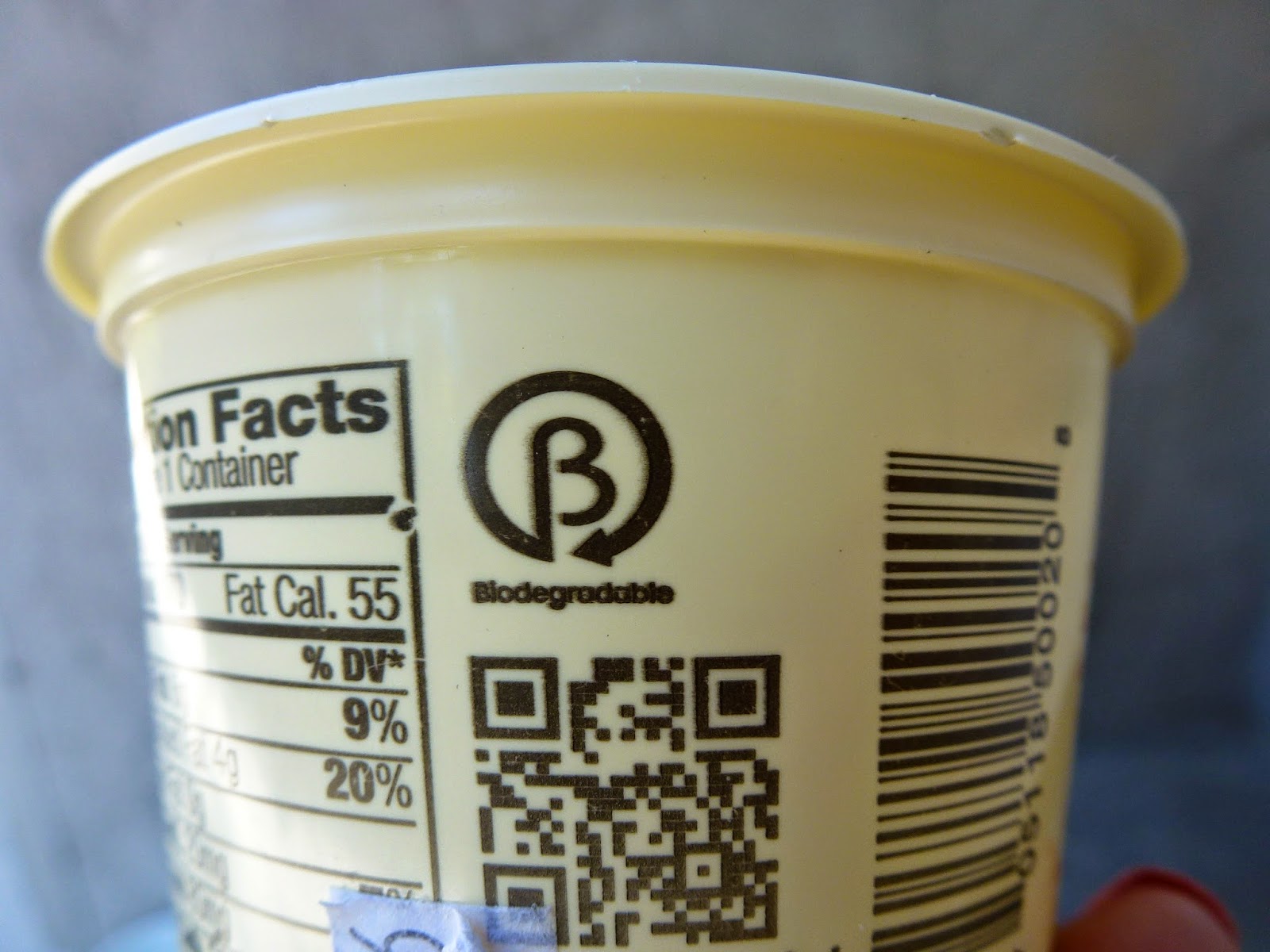 The cow's-milk yogurt packaging urged you to recycle the removable, paper sleeve. And it identified the county where all the deliciousness came from: 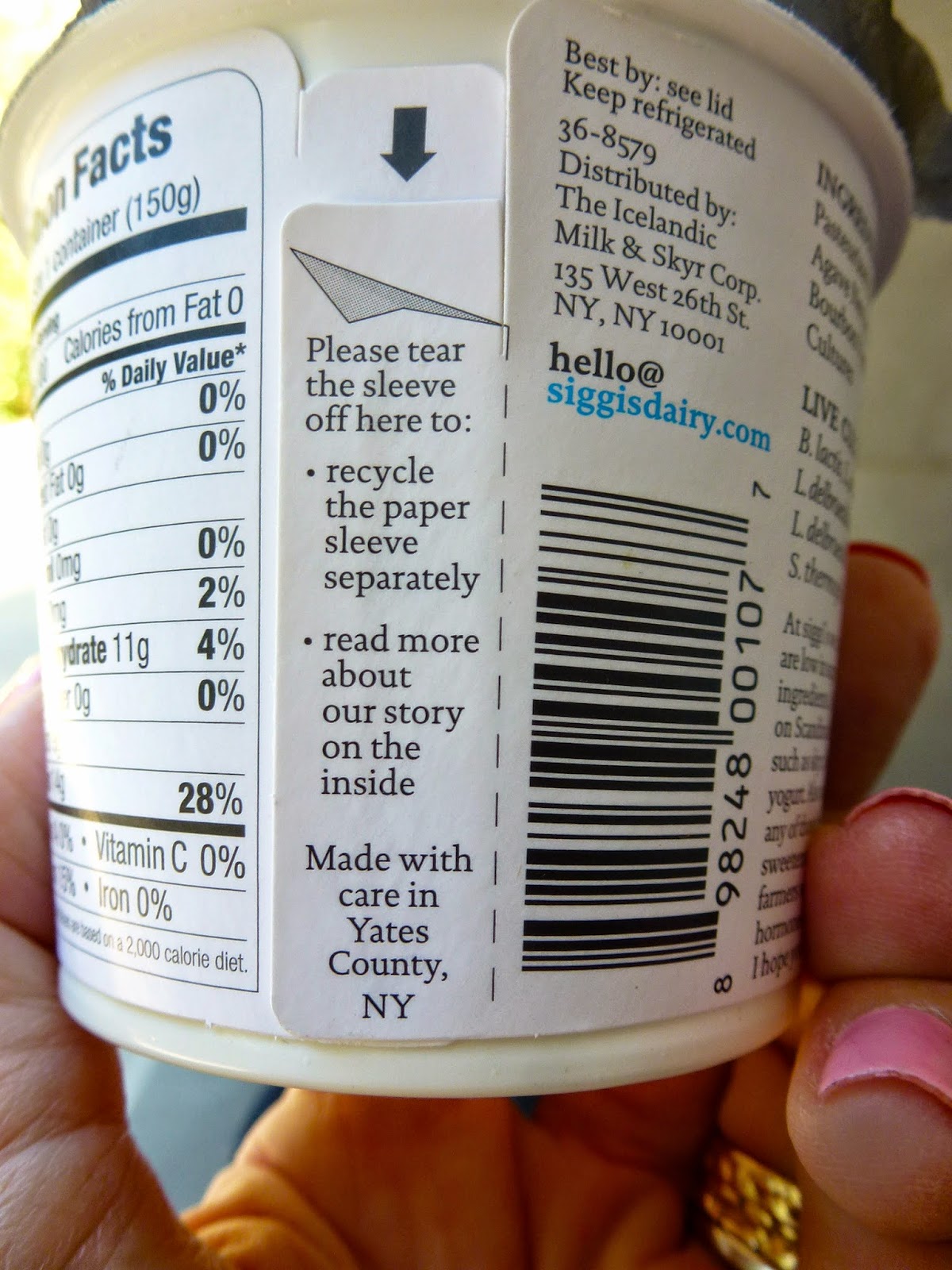 The goat's milk folks have created a kosher, "Certified Humane" product, and they are savvy enough to mention there are seasonal variations in their product (it's close to Nature! it responds to the seasons!): 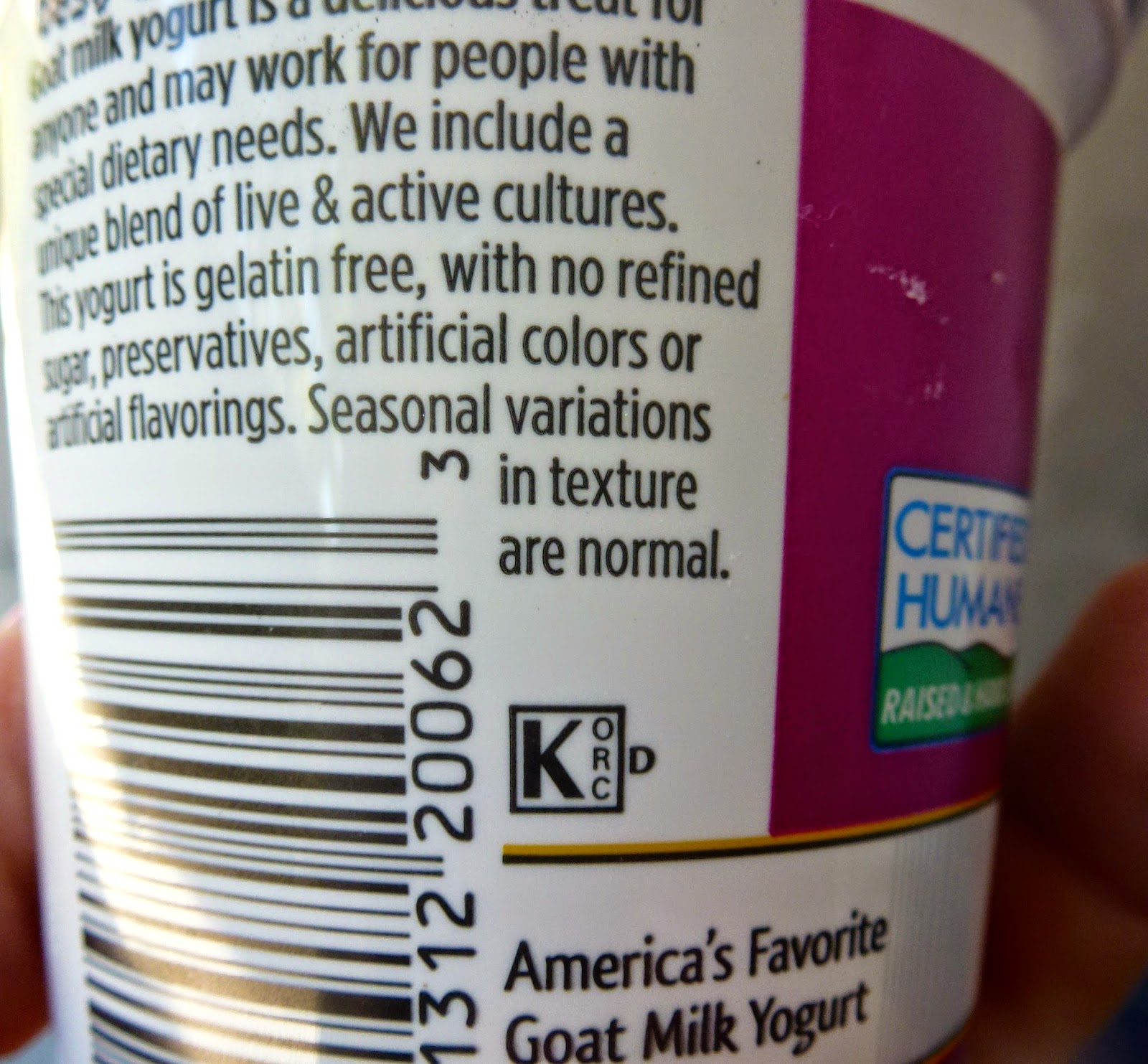 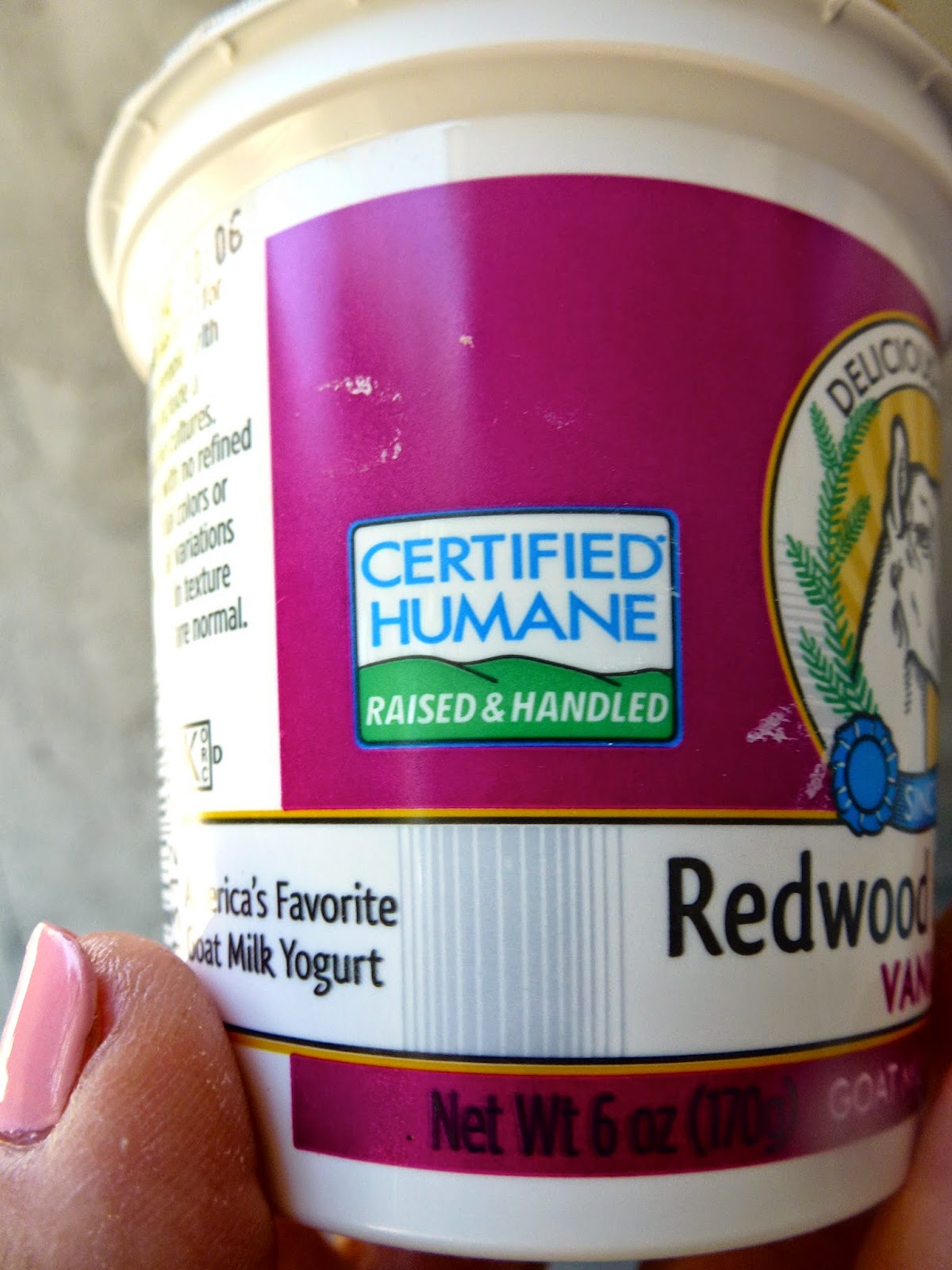 But for just plopping down on the back porch and ripping open a quick snack, I vote for the sheep's milk yogurt: 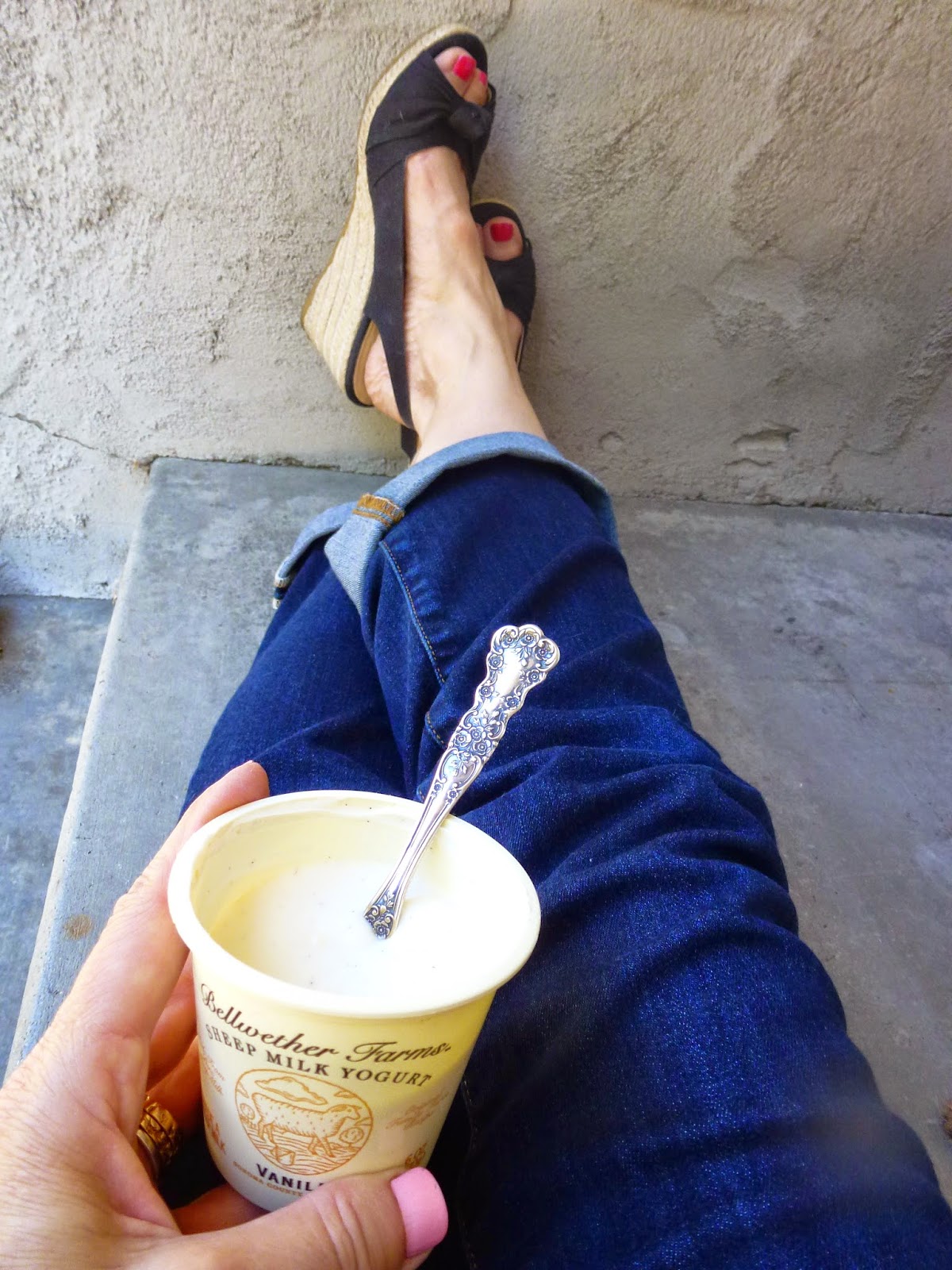 And while goat's-milk may not make the best yogurt, it makes the best non-cow's milk ice cream I've ever had in my life. I've tried all these flavors of LaLoo's (except the Vanilla Snowflake, which for some reason I can't find).

Rich, nuanced, deeply satisfying. They are absolutely amazing. I may have to go out and buy some right now.