A little over two months ago, Lovely Daughter #2 graduate with a Master's degree from Harvard: 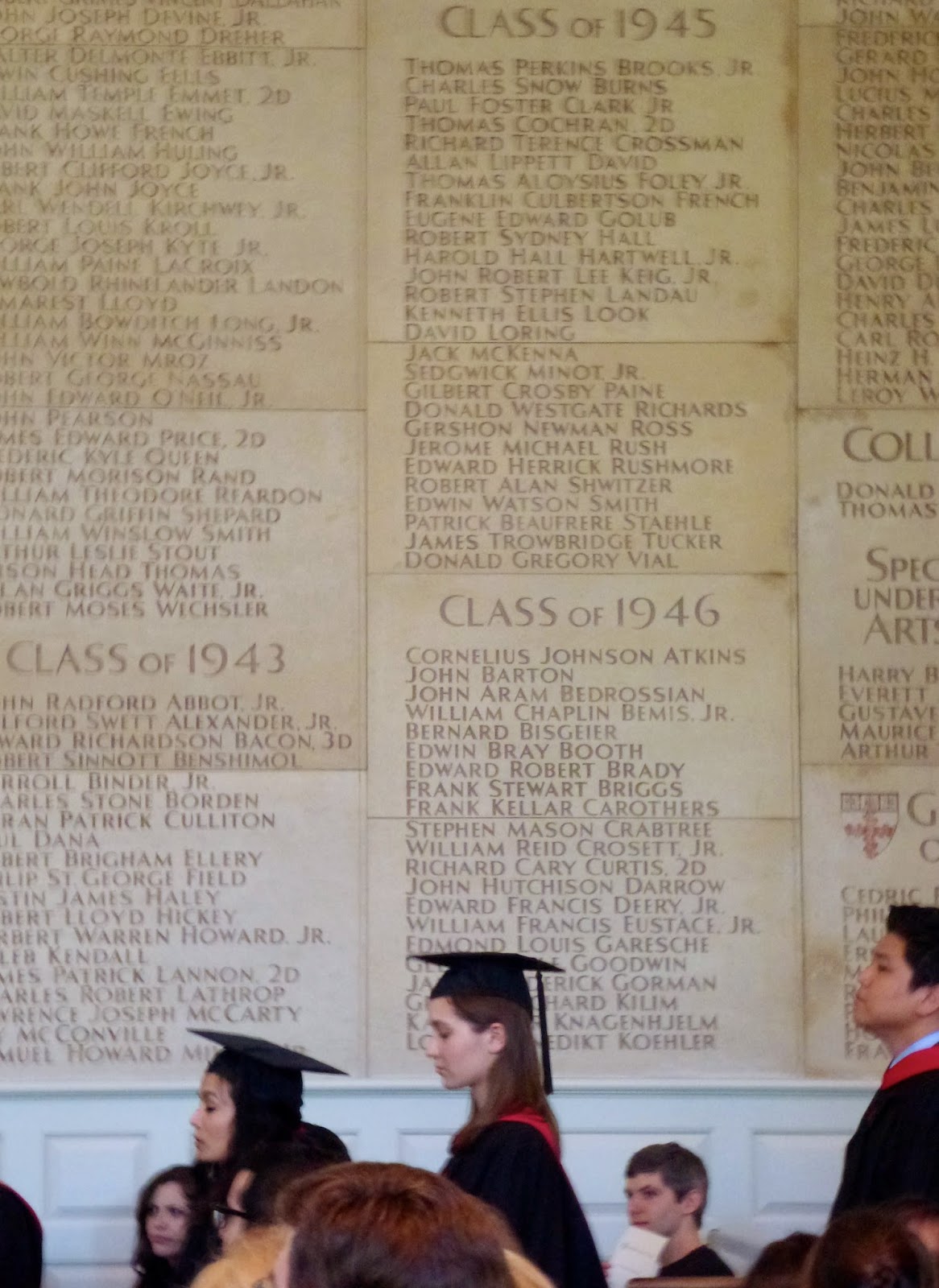 We missed Lovely Daughter #1, who couldn't get away from medical school to join us for the ceremony. But here is the rest of my crew, posing in front of a friend's old van, nicknamed "The Blueberry." It was on loan to LD#2 for the summer. (I don't know why everybody went for a derpy pose, here): 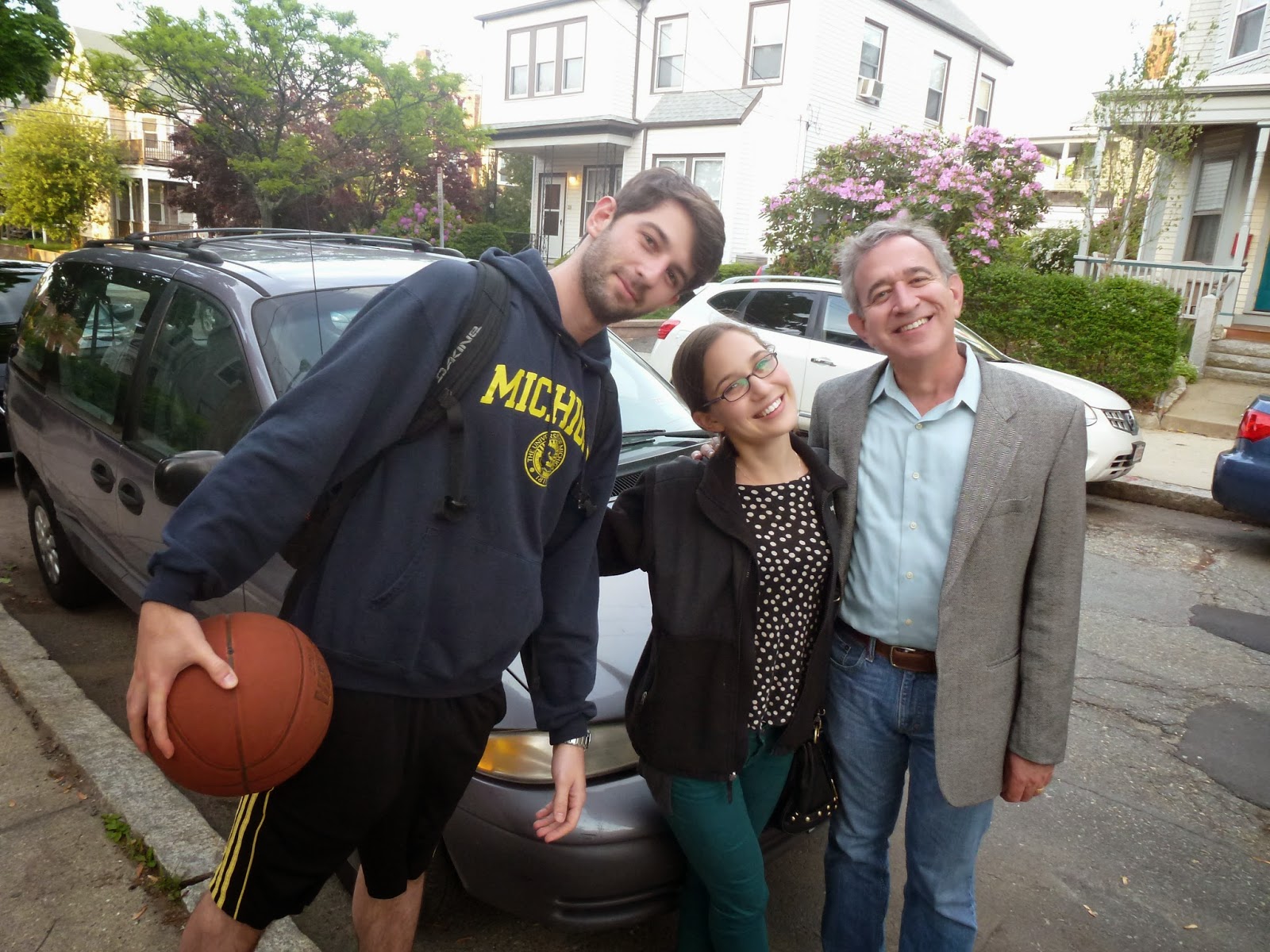 The Blueberry was...unique. But it drove. Mostly. And it was good enough for LD#2 until she got a good, used car of her own: 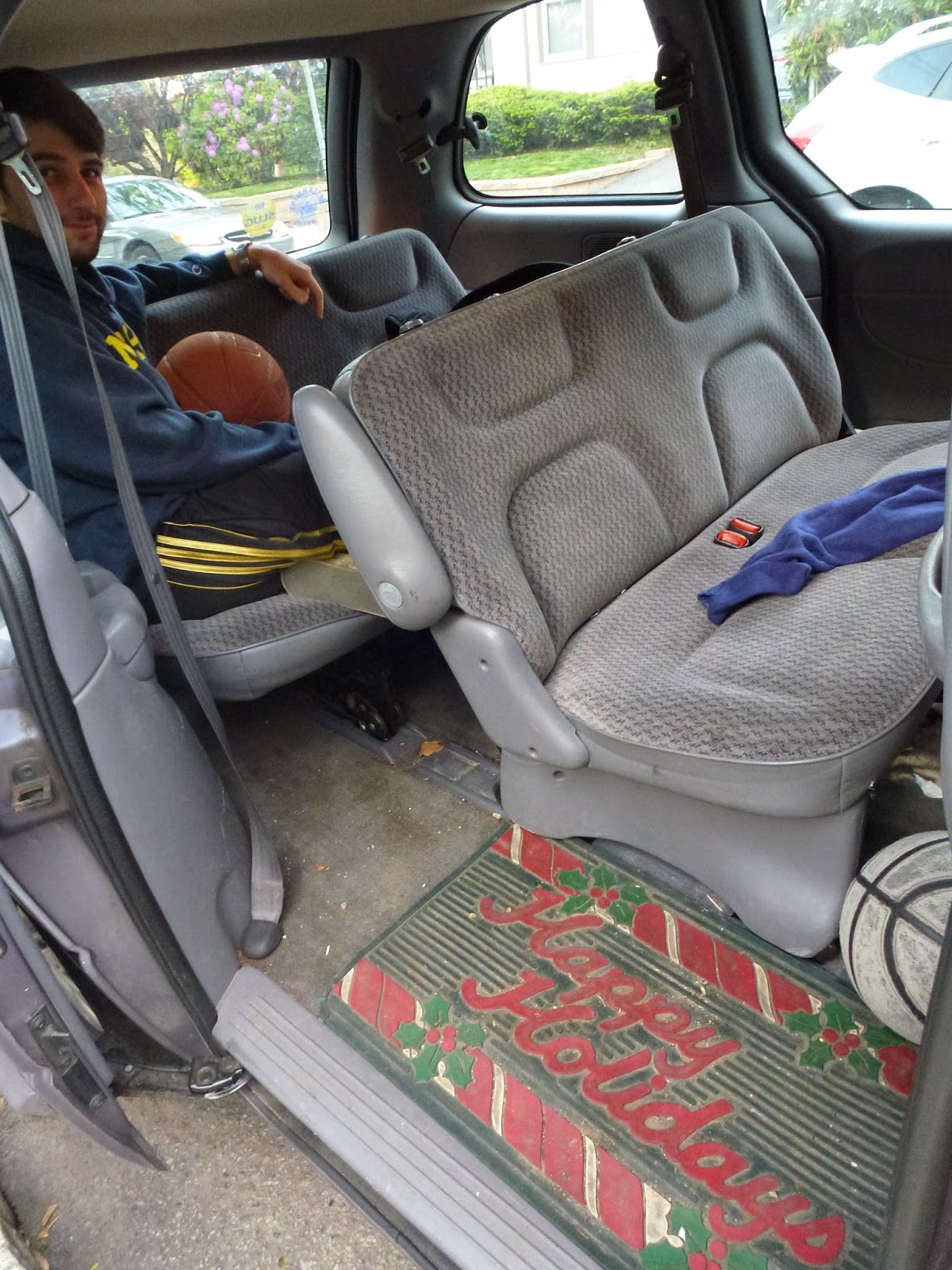 While in town, we used The Blueberry as a mini moving van. After two years of living in the same city (but different apartments), LD#2 and The Boyfriend combined their households. Their new place is lovely, with tons of space and light, and a lot of original woodwork. The built-in hutch in their dining room features a passthrough to the kitchen. Handy for clearing the dishes!: 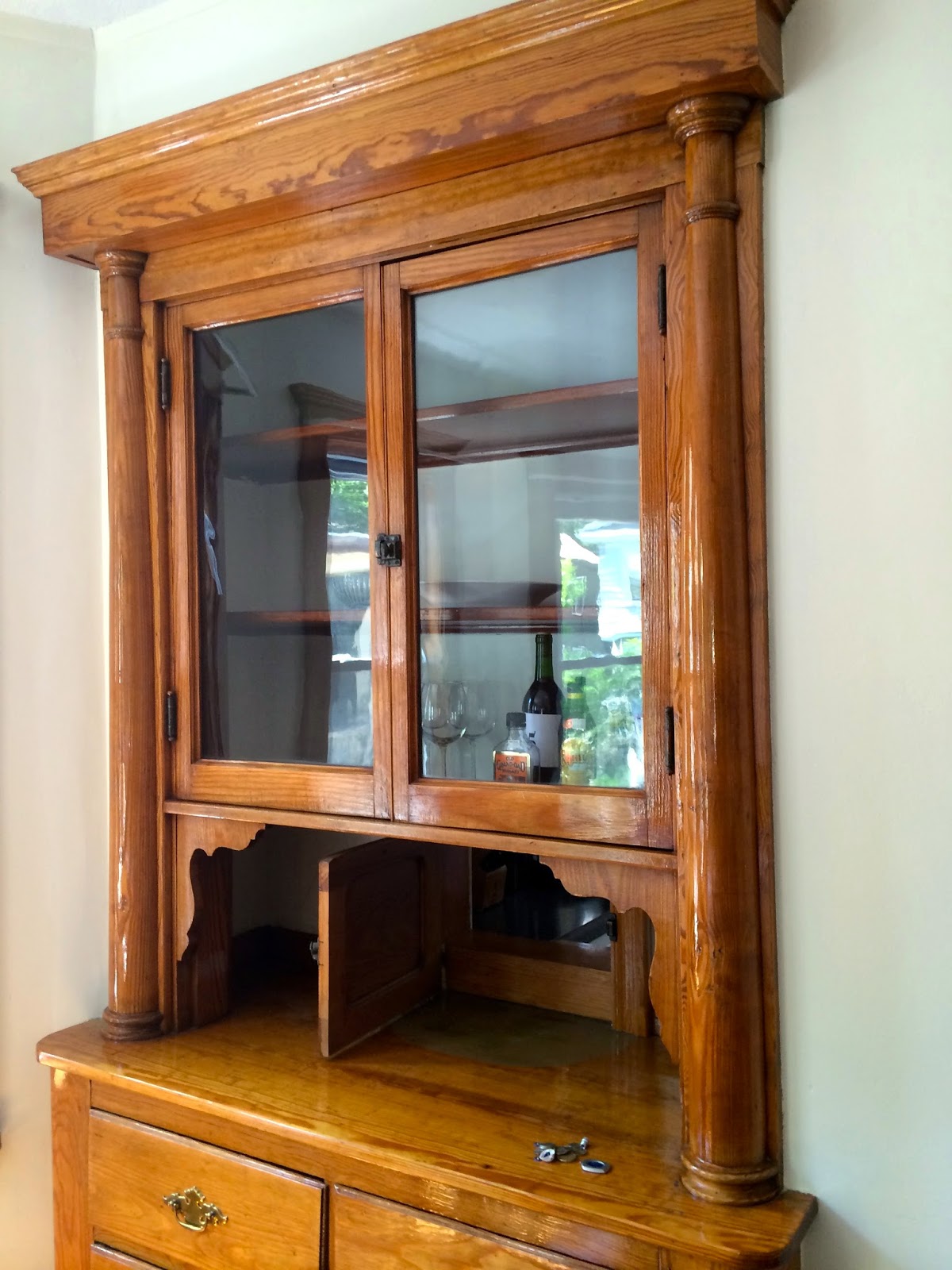 Although they have lots of books, LD#2 and The Boyfriend needed some furniture.

We had fun snapping up bargains at flea markets and from folks moving in/out. When the student population--which seems like roughly half of Boston--moves in June and again in September, there are a lot of great deals to be had. Among many other second-hand items, LD#2 and The Boyfriend picked up this cute bookcase/credenza: 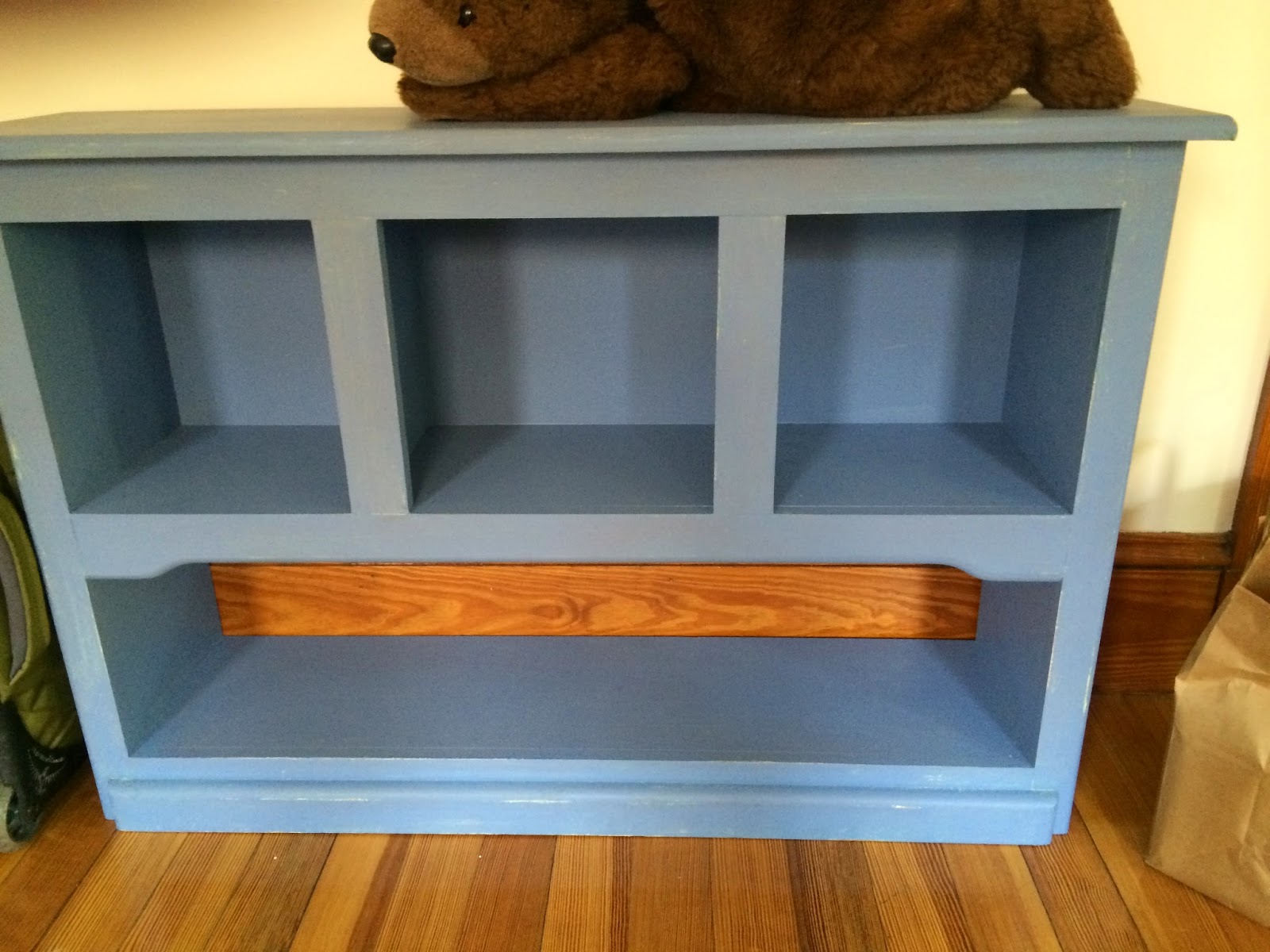 And this terrific butcher-block-topped kitchen cabinet: 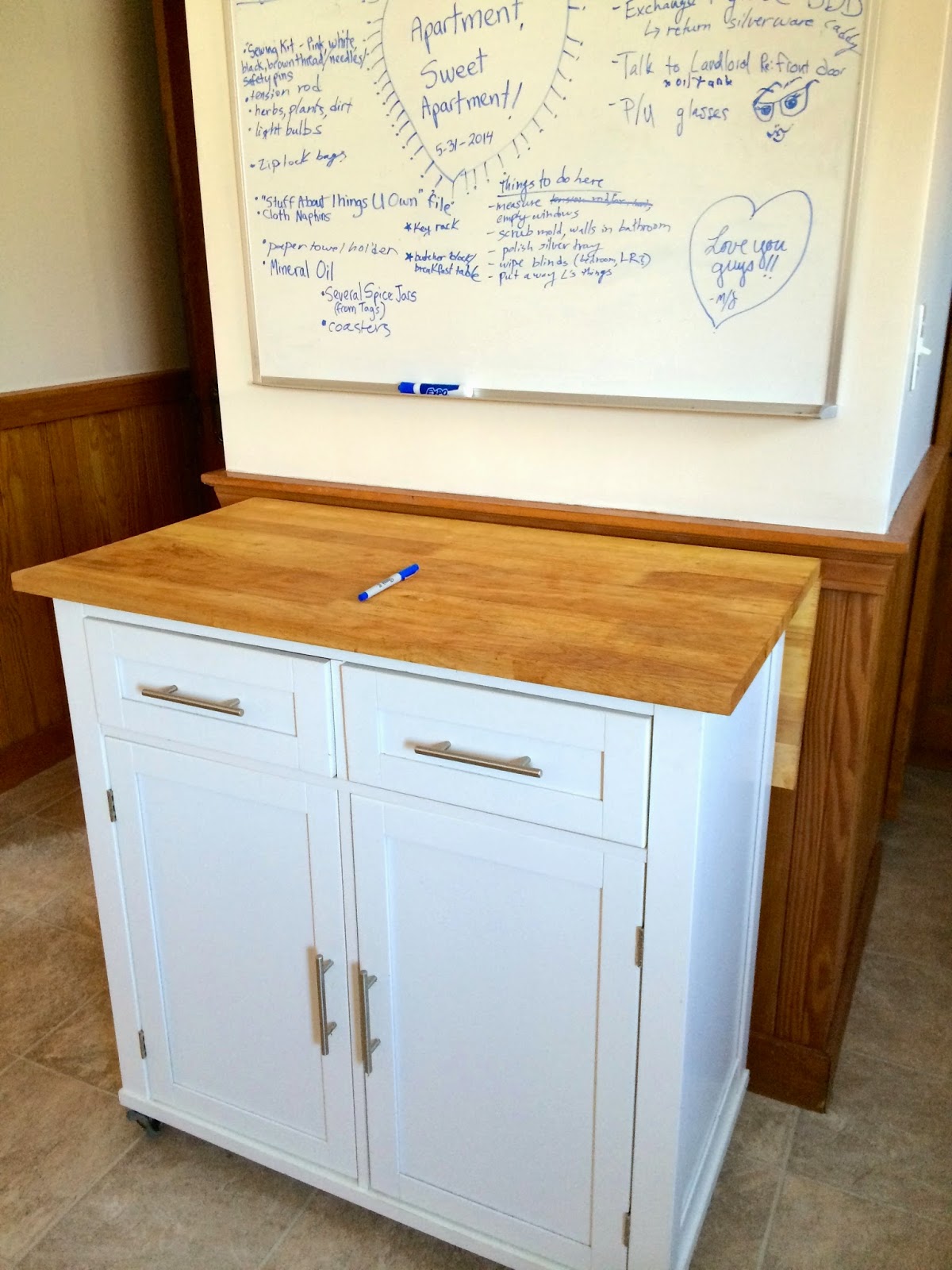 They wanted a brand-new couch, though. (In this era of bedbugs, who can blame them?) So we went couch shopping: 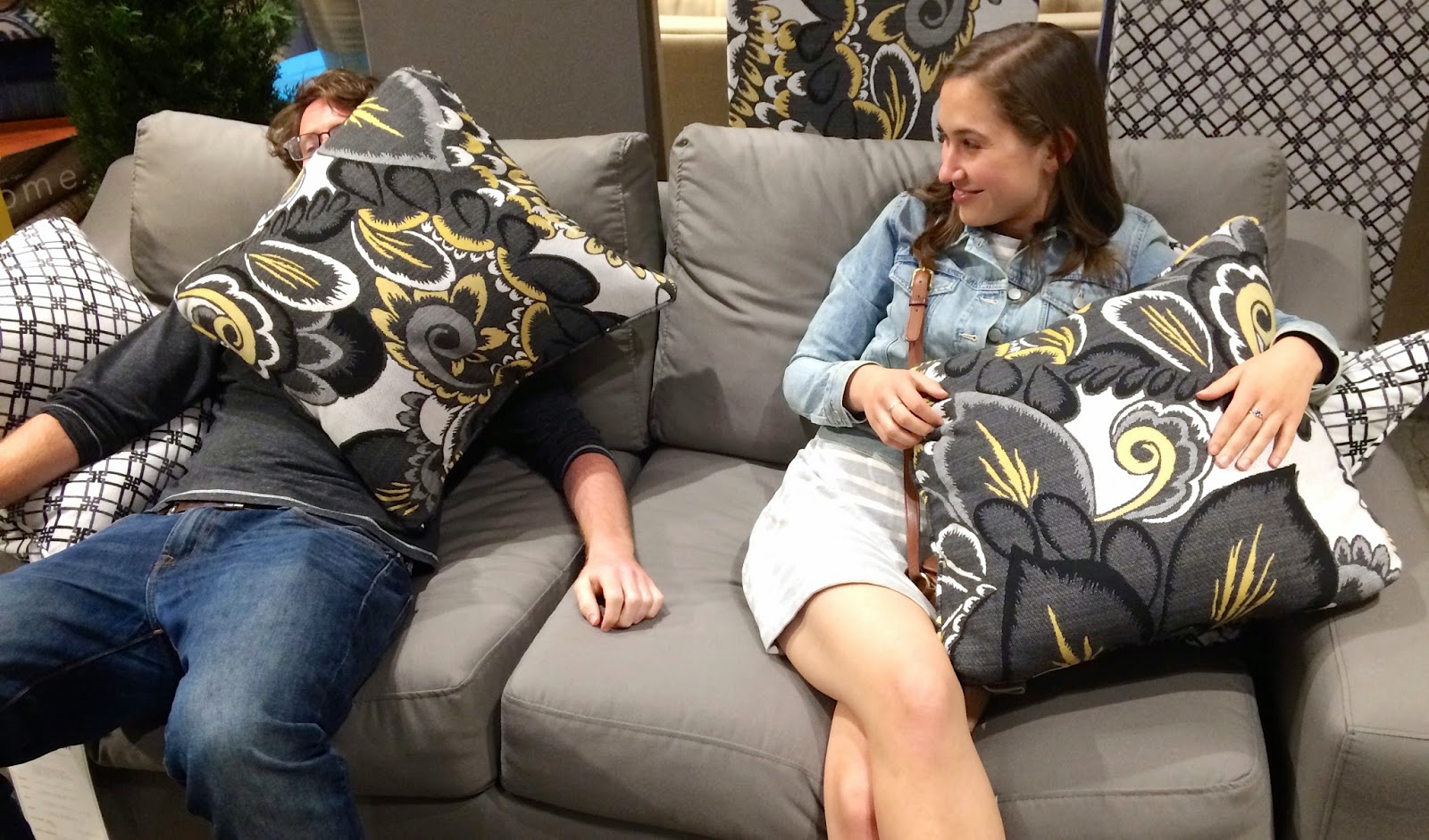 (Couch shopping is exhausting! At least for The Boyfriend.)

The first day they looked, the youngsters found a handsome stainless flatware they liked. By dinnertime, they hadn't yet found the china they were looking for, so we ate off Tupperware: 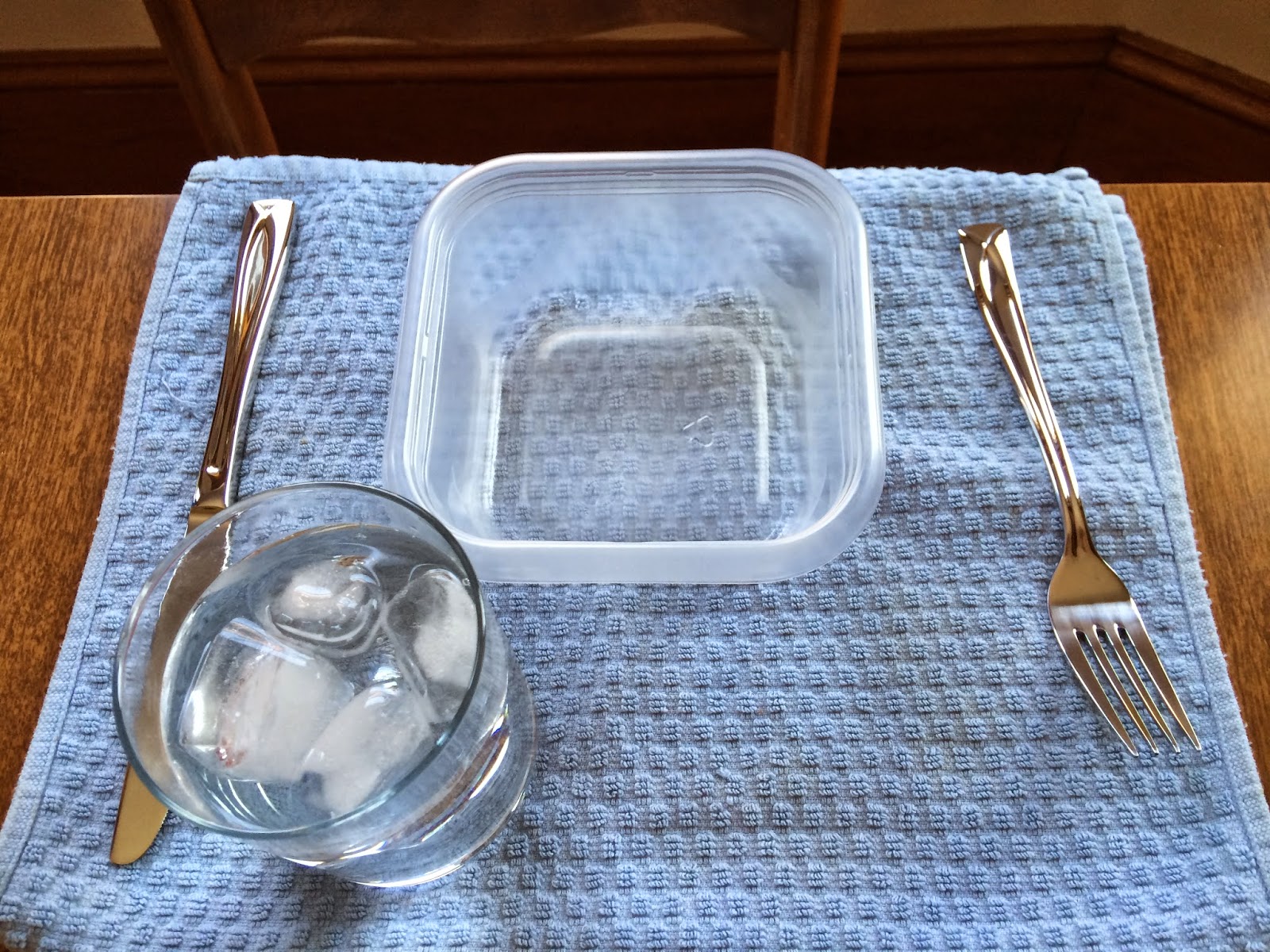 (They ultimately purchased a simple and elegant white china.)

Speaking of eating, we enjoyed several delicious meals at a Somerville restaurant called Trina's Starlite Lounge, where LD#2 has a part-time job as a waiter: 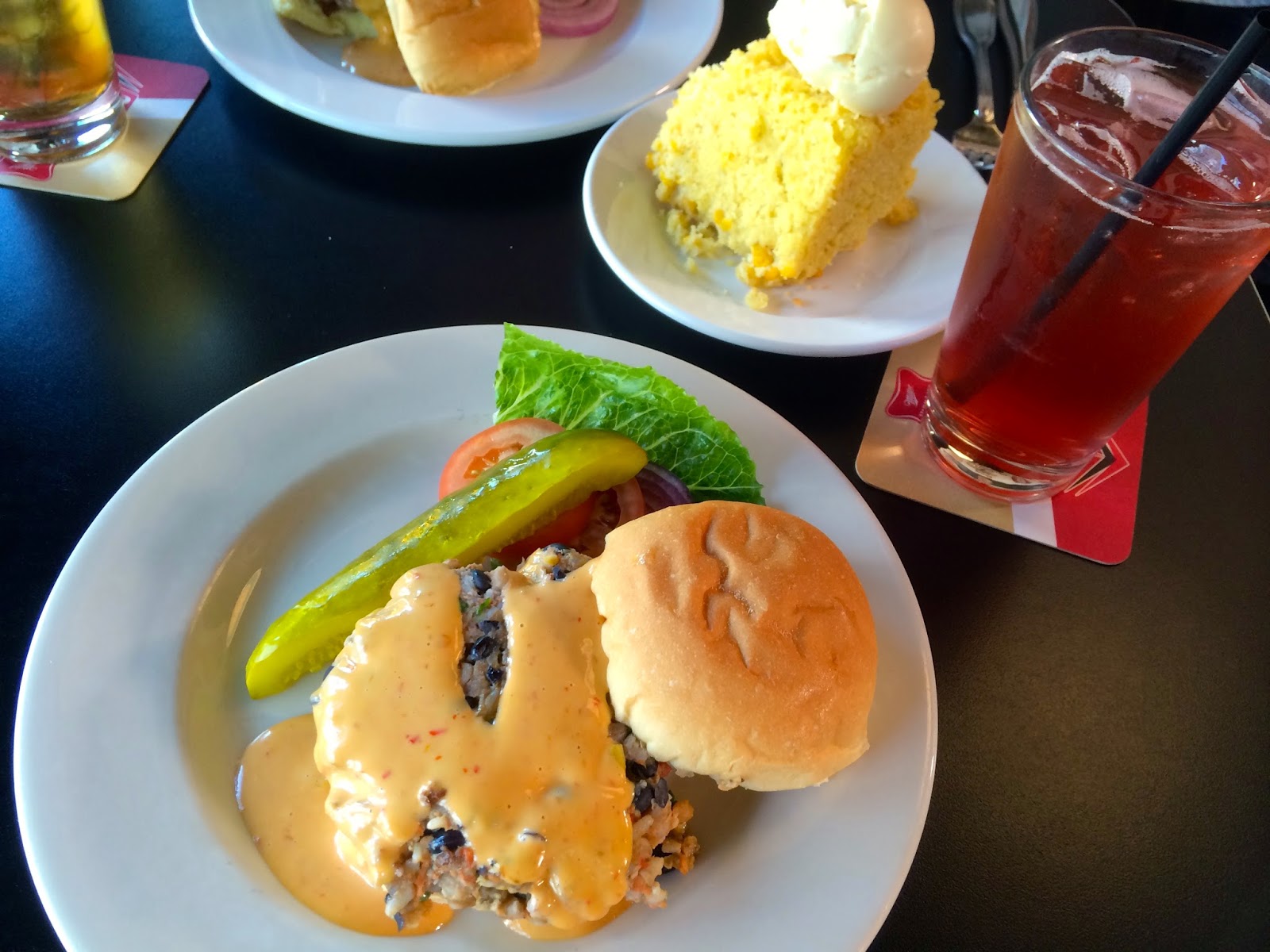 The chef makes their veggie burger from scratch--the best I've ever eaten. I highly recommend it! Also next door to Trina's is Parlor Sports Bar, owned by the same folks. Some great people work at Trina's and Parlor Sports. They've become good friends with LD#2 and The Boyfriend. 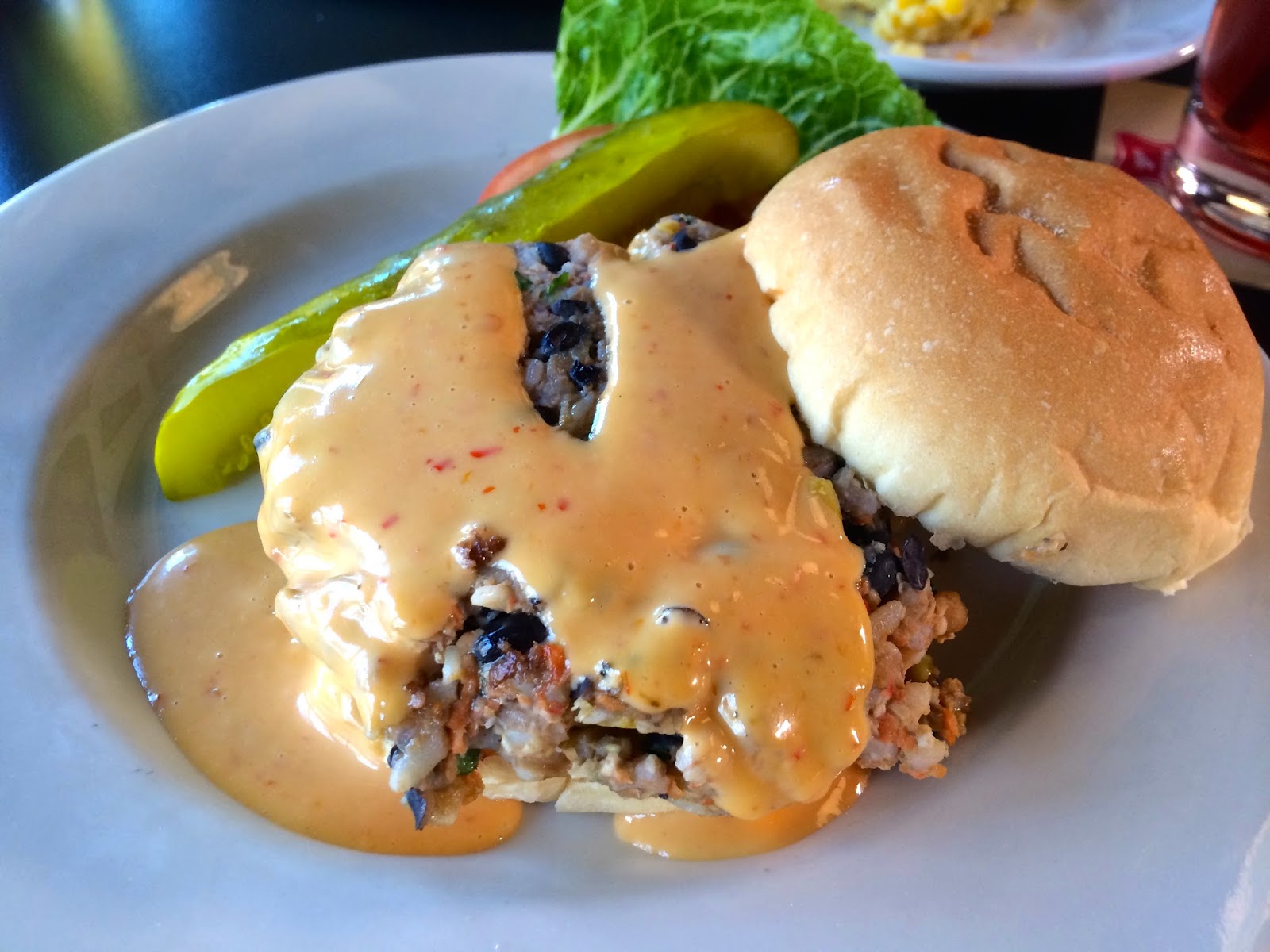 The Boy is also in Boston now; he's got a terrific summer job until he goes back to college for his last year. He's sharing a big house with a small army of other young men.

Parlor Sports sponsored a basketball team that played weekly. The Boyfriend has been a member for many months. In a lovely gesture, the team offered my boy a spot on the team for the summer. We got to watch him play his first game with them: 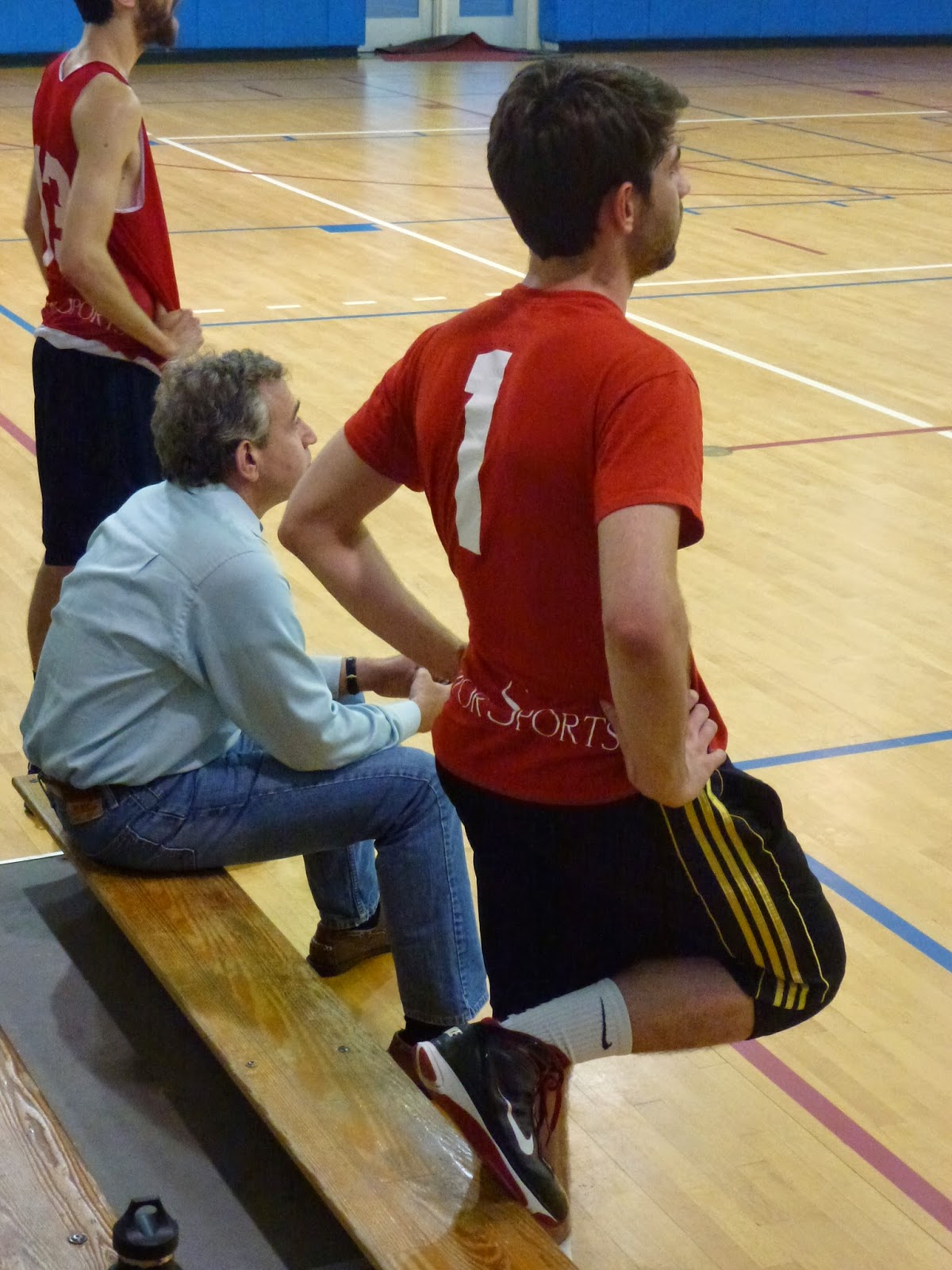 Well, okay, he's on the sidelines in the photo above, but he did play. I just didn't capture him in on court with his new team.

This is a very typical pose for The Hubby when watching our son play basketball: 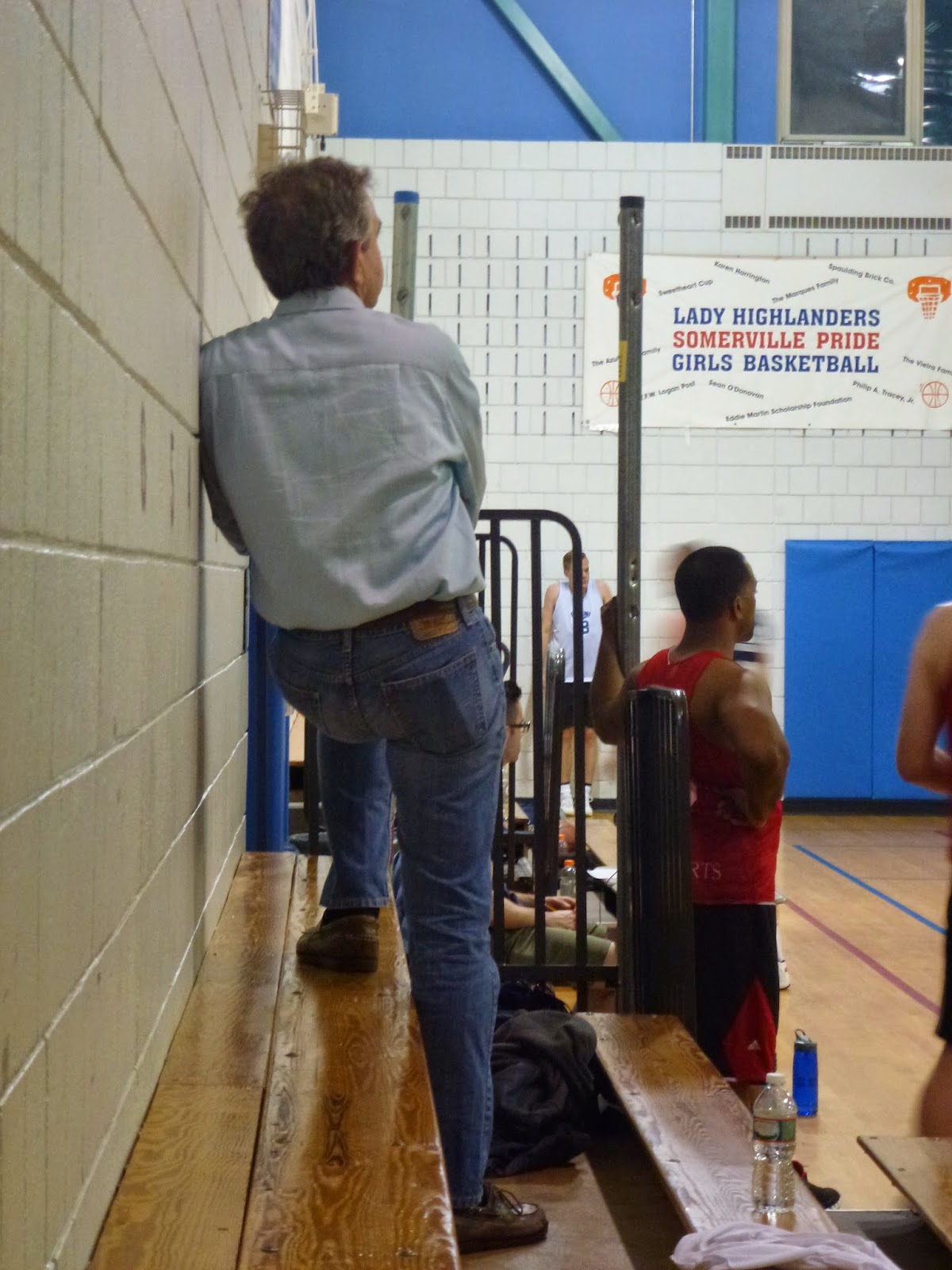 Basketball season is over now. A few days ago, The Blueberry died, and a day or two after that, LD#2 bought a nice, used car. She began training for her job--teaching Ancient Civilization to sixth-graders. And The Boy, while tired from the long hours (and weekends) at work, is learning a ton about what it's like to work with a team of bunch of bright, ambitious people. 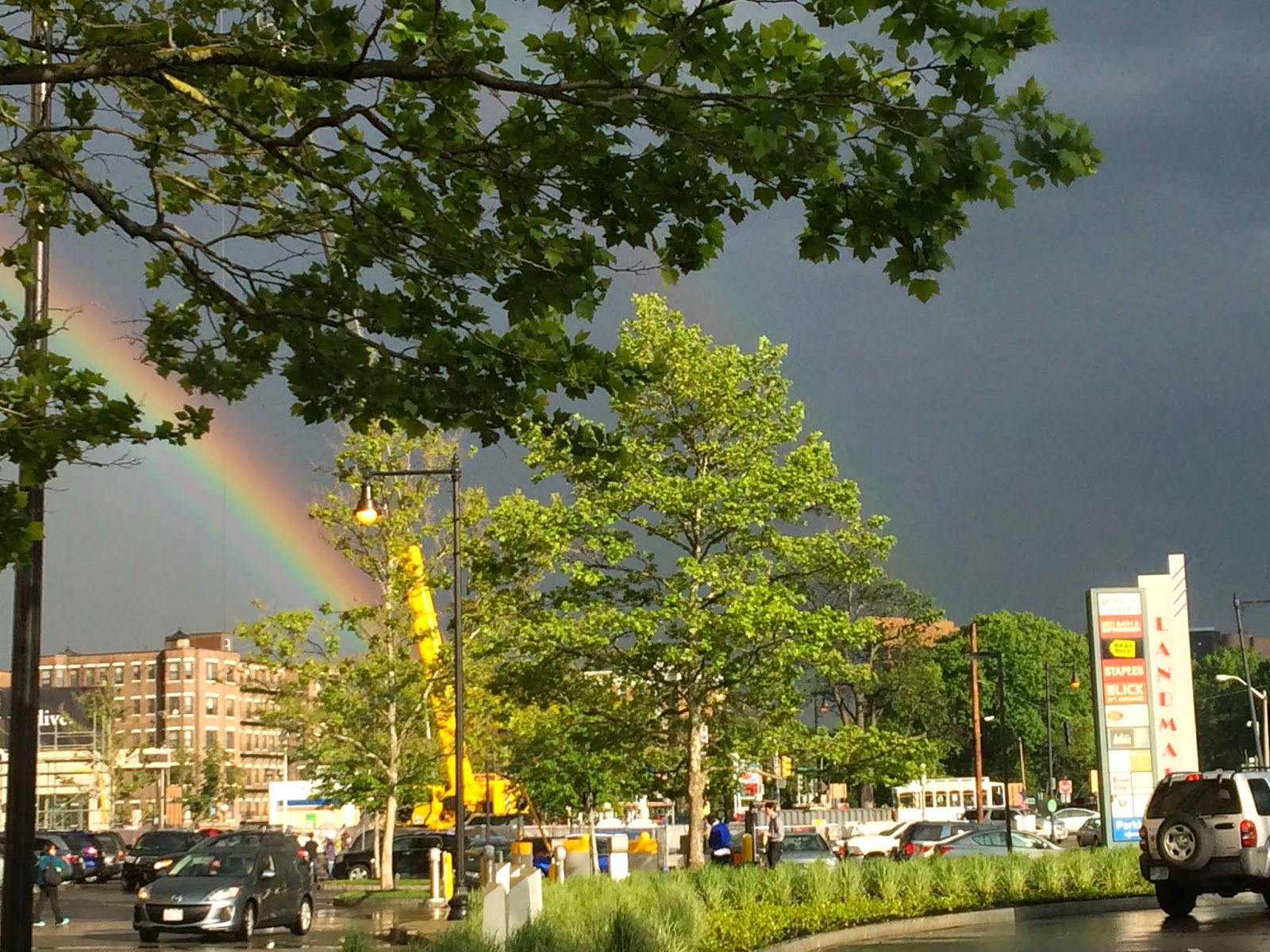 They're all having a wonderful time.