A Holiday Gift for the Birds

During the winter in some parts of the country, people put out high-energy foods to help keep birds from starving, like pine cones smeared with peanut butter or suet hung in mesh. In Los Angeles, birds hardly have to worry about snow on the ground. But they still appreciate a nice meal.

So I gave a holiday gift to one sector of our local bird population. 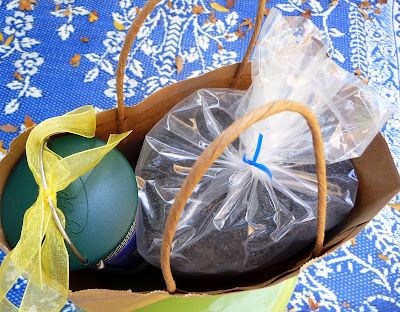 I stuck a two-part hook in the ground: 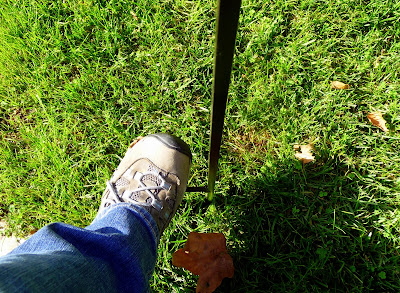 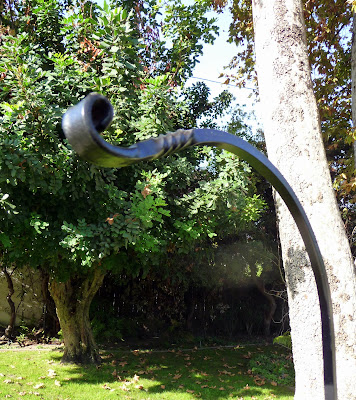 and hung a mesh feeder from the hook: 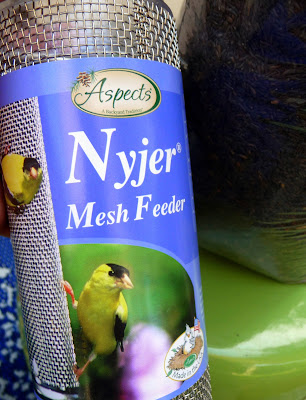 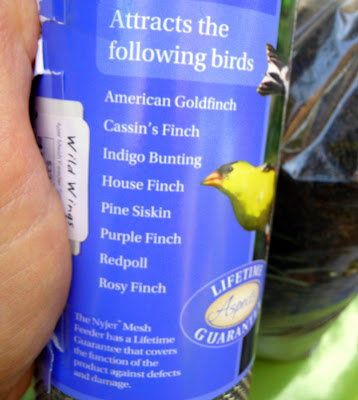 I filled it with a special seed that goldfinches like: 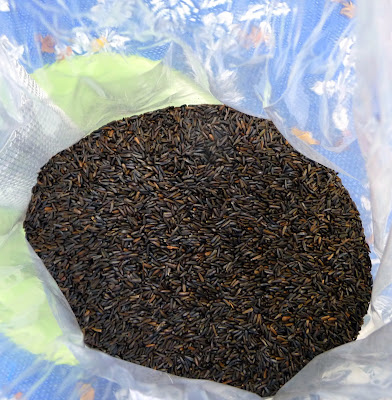 Their little feet can latch onto the mesh, and their beaks are small enough to grab the seeds out from the holes: 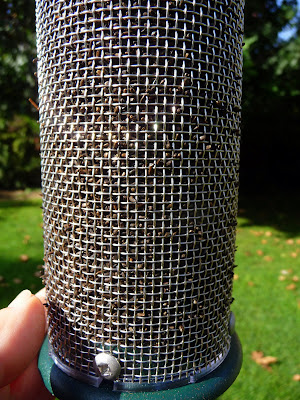 I tied a yellow bow on the feeder, as the owner of the feed store suggested. The bow isn't to look cute; it's there to attract the goldfinches. Flying overhead, if they look down and see a flash of yellow, they will think one of their kind has found something worth coming out of the bushes to eat, and they will flap down to investigate: 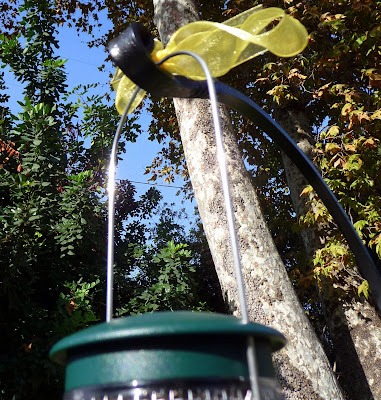 So, now everything is in place, and I'm just waiting for the goldfinches to figure out that the restaurant is open. 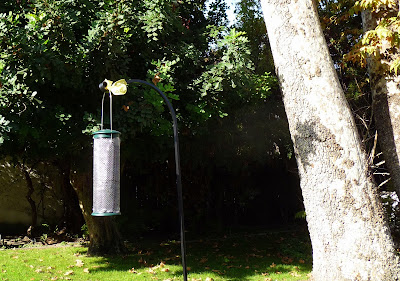 I've been told it could take a couple of weeks before they catch on. I wonder if it would help if I stood outside wearing one of those sandwich boards that says "Open for Business"?