Yesterday before the summer heat wilted woman and beast alike, I took my pugs out for early-morning walks. 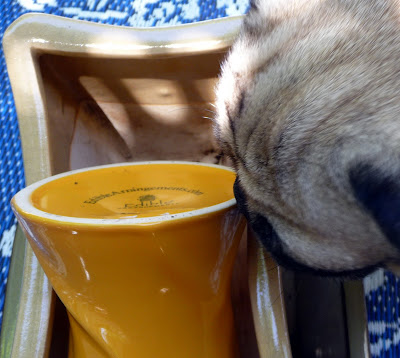 Mu Shu kept nosing in as I was trying to take photographs. He was certain that the only reason I'd put down something bowl-like on the ground was because there was something tasty inside. 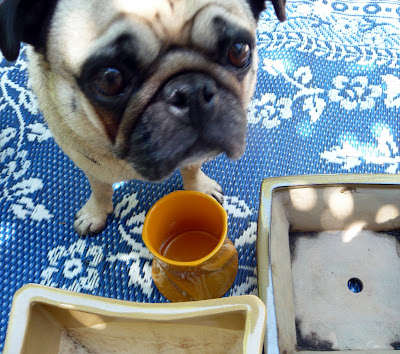 The first pot is a greenish-tan, low square-ish one, with feet at the four corners and a vaguely Asian feel to it: 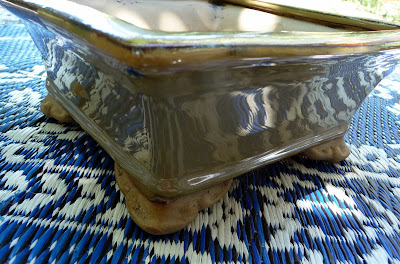 In my imagination, I see it heaped with small pebbles and narcissi or hyacinths, come spring. Kind of like this: 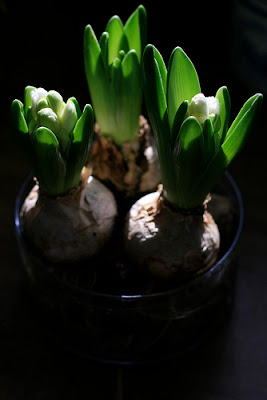 The next pot is more of a warm tan, and an oblong shape. It has a nice glaze that flows into the interior, about halfway down: 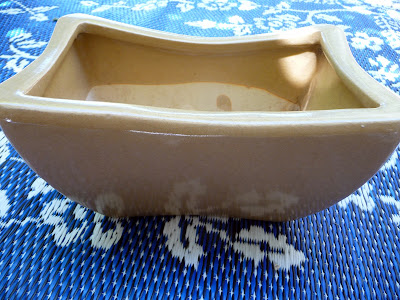 It could work for almost anything that doesn't demand deep roots. Sort of an all-purpose pot.

The last one has no drainage hole, so it's really a vase. It's a cheerful, deep yellow color and has a little twisty ridge on the outside: 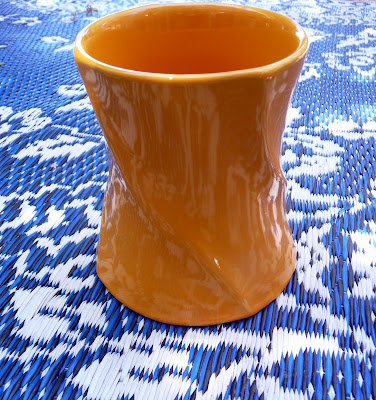 Mu Shu just couldn't believe there was nothing in this vessel. He stared into it so hard! 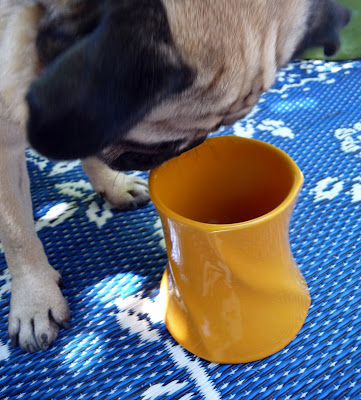 So I took dropped a plain Cheerio into it. Mu Shu tried mightily to get at the Cheerio: 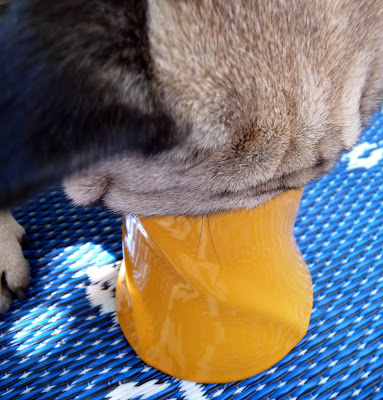 After laughing hysterically, I took pity on him and handed him the Cheerio. I stacked the pots up away from Mu to get one last shot. I'll take them off to Goodwill later. 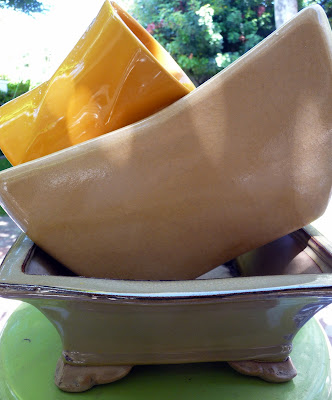 They're nice, but not my color scheme.