Last week I had writers' block. Nothing seemed to work. I couldn't make the words--much less the thoughts--form. To keep from seeking solace at the bottom of a package of cookies, I decided to organize my linen closet instead.

I will not share a linen closet "Before" photograph with you. Some things are just better left to the imagination.

But when I finished, I had a huge stack of twin sheets--percale for summer, flannel for winter. They were all from The Boy's bed when he was a little guy. Now he's a 6'1" college student, the twin bed was long ago replaced with a double, and we have all these still-nice sheets that somebody could use, from places like Bed, Bath & Beyond and Garnet Hill: 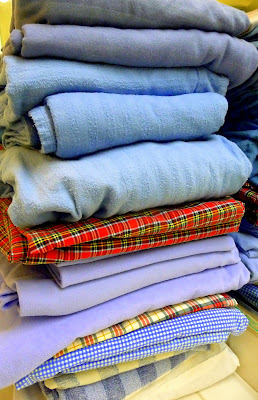 I also purged a stack of Twin Extra-Long bed linens, including zip-it-up mattress covers and mattress pads as well as sheets and pillow cases. The only people in the world who seem to use Twin Extra Longs are first-year college students, who must buy this stuff to fit the oddball beds in college dorms. After one year, everybody gets sick of the college-issued beds and begs, borrows, or buys double beds. So now I have three full sets of this stuff, from the first year of each of my three kids: 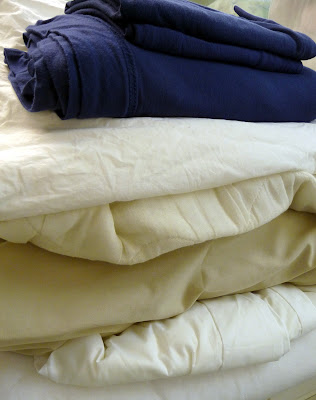 I made sure everything was freshly washed, then folded them all up and stuffed them in two gigantic bags to take to Goodwill: 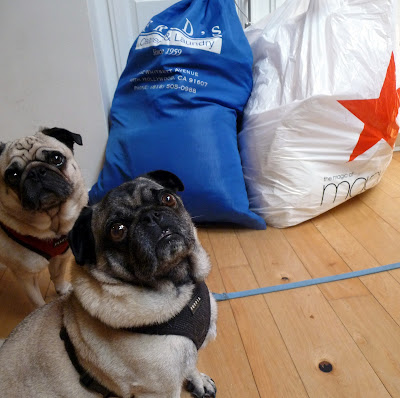 Of course, the pugs wanted in on the photo. And of course they couldn't grasp the concept of "everybody sit together, please!," so I have two separate shots of the little ninnies: 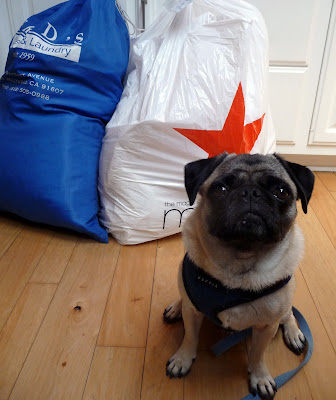 Without all that extra, useless-to-me linen in the closet, what remains actually has a little breathing room: 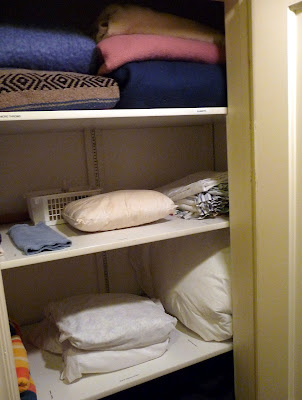 I wish I could say my linens all matched. That every throw and blanket is in the same tight color scheme. That I would never THINK of buying garishly colored beach towels... 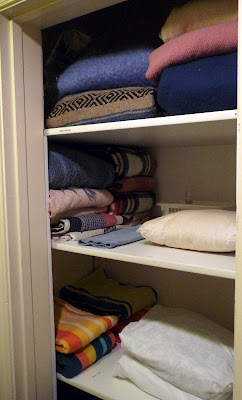 But the closet above is Life, as it's lived. The closet below is Fantasy, as it's imagined by Pottery Barn or some such place: 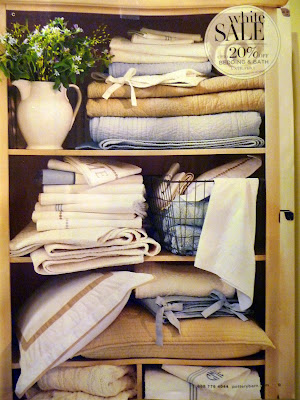 At least my stuff is all folded neatly.