Fresh Out of the Garden

My herb garden is well under way, with the basil acting like a rock star and churning out fat, green leaves almost as fast as I can make a pesto: 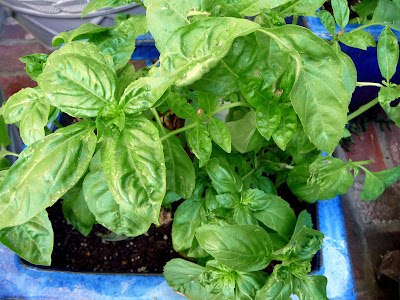 And now the tomatoes and bell peppers are ripening. Here's a huge batch of cherry tomatoes I picked today: 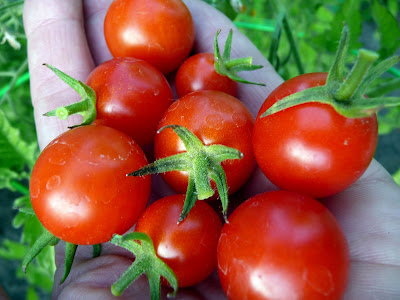 No, seriously! That's twice as many cherry tom's as I've picked so far. The reason is because The Hubby and I bought the kind of plant that ripens its fruit sequentially, one after another, instead of a whole branch ripening all at once: 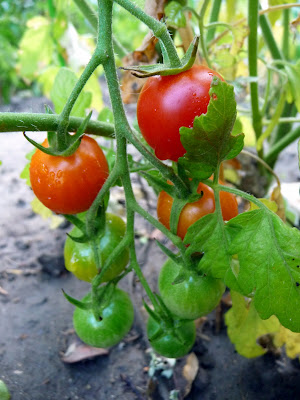 The big tomatoes are setting up nicely. They are still green, however: 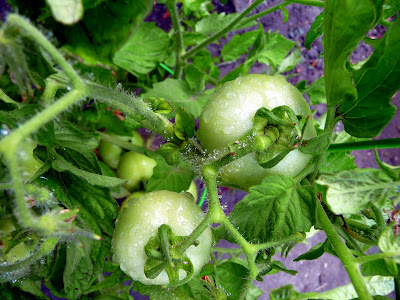 And tonight we ate our first bell pepper, in a fresh-corn salad. This bad boy was red on one side, Army green on the other, but delicious through and through. 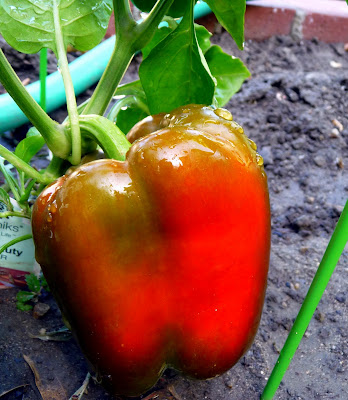 We hardly have a clue what we're doing (He: "Should we throw some fertilizer on?" She: "I dunno." He: "Well, why not?" She: "Uhh, okay."). But we're having so much fun going out to our little veggie patch and seeing what's the haps on a daily basis.

I could get used to this.