This is the strip of earth under the windows at my local Starbucks: 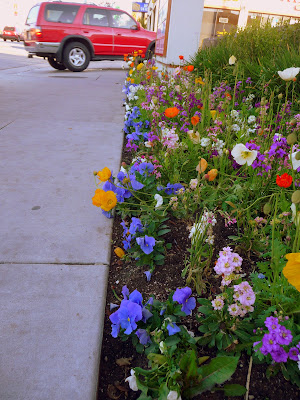 The flowers change with the seasons. They always look so pretty: 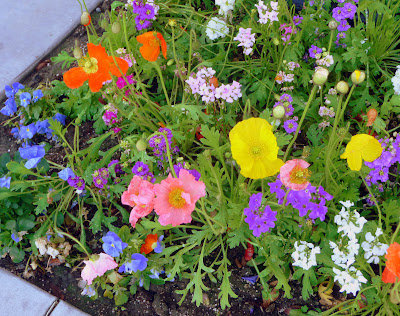 Mu Shu and I approve. We wish more stores would step up and care for the flower beds and trees outside their front doors. 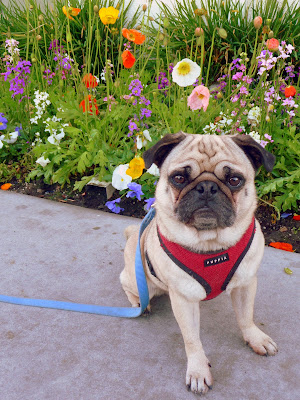 Thank you, Starbucks! You may be an overpriced, overexposed chain store, but you got the flowerbed thing right.

By the way, what do you call the strip of land--often grassy--between the street and the sidewalk? I've always called it the "Devil's Strip." The Hubby thinks this is odd; he's never in his life met somebody who calls it this. 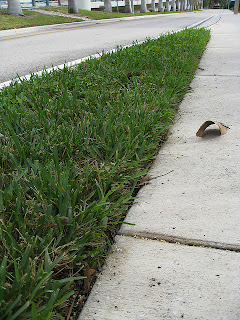 Photo of Devil's Strip, Courtesy of Gardening in a Minute

Yesterday The Hubby called me to say he'd gone online and learned that, according to the Urban Dictionary,  the "Devil's Strip" is a term unique to the area around Akron, Ohio.

I went online and found a little website called "Summit County Myths" that insists it's not true. It's actually a term unique to a larger part of Ohio.

Yours Truly grew up in Dayton, Ohio, from the age of three years until I was six. Before I was born, my folks lived in Dayton for a number of years, too. My guess is they picked up the phrase from the locals, and it became part of our family's vernacular.

So long as it's planted with flowers, I don't care what you call it.