Twice a week, my friend C. and I take our dogs and hop in the car for a short ride up a main boulevard in our city.

We pull off on a side street and head out on foot, dogs straining at the leashes in excitement.

They know they're going to The Canyon. First, they surge up this hill: 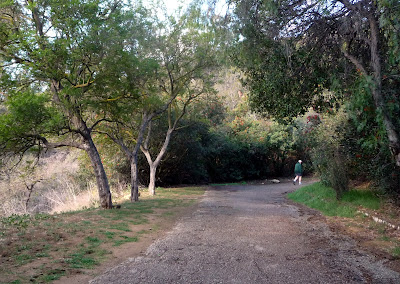 In a minute, they look out on this view: 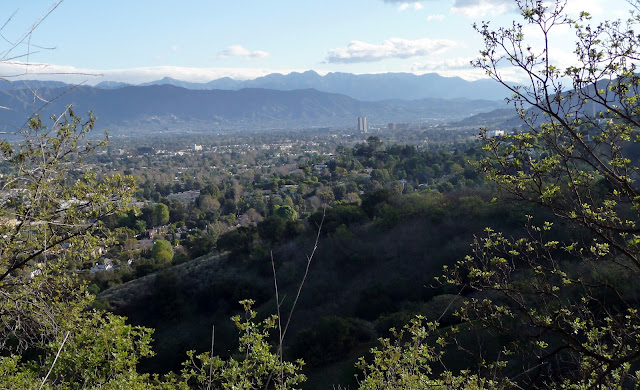 A city of three million people lies at their feet, but here in this canyon, they see only bushes, trees, and distant blue mountains: 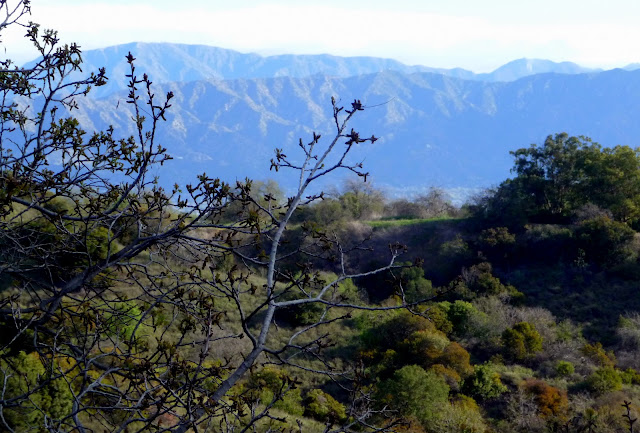 Our dogs know they're going to meet lots of other dogs on the trail: 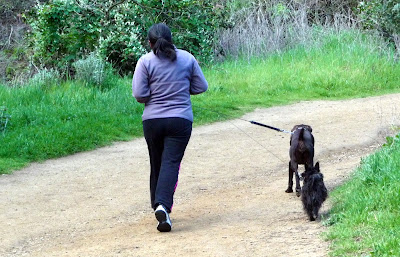 Dogs standing quietly by as their owners get in a few calisthenics: 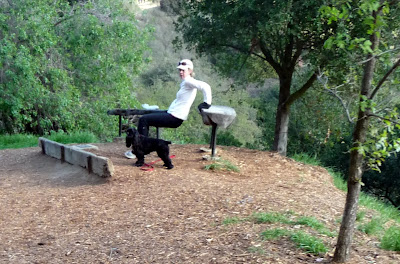 The sound of birds fills the crisp, clean air: 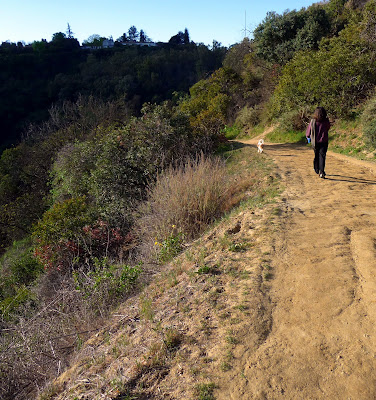 And around every bend, there's a friendly pooch to greet: 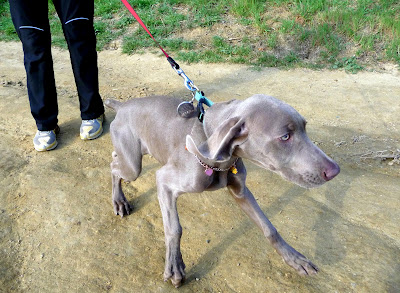 All the dogs brim with excitement, released for a bit from the cement and asphalt of the city that has dropped away below them: 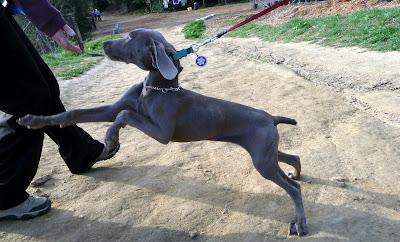 At the hike's halfway point, there's a refreshing fountain made just for canines: 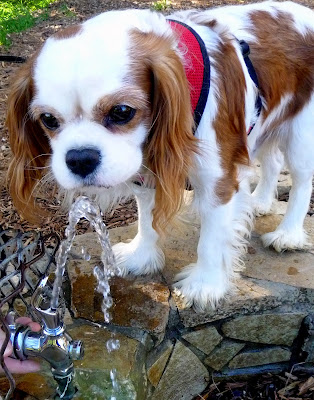 And then it's off to say Hello to more new friends: 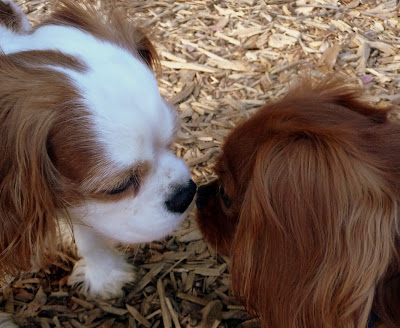 The path descends, back into the neighborhoods that cling to the canyon's sides: 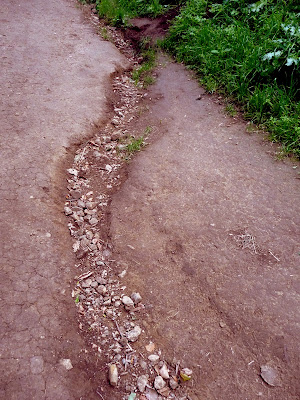 The bushes wave their goodbyes, the blue skies float overhead like a benediction: 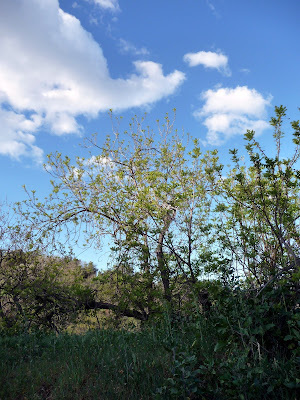 As C. and I tell ourselves how lucky we are to live so close to such an unspoiled bit of Nature in the heart of a big city.