A Day in the City, for City Year

On a beautiful, crisp October morning recently, The Hubby and I went to downtown Los Angeles, to the south side of City Hall: 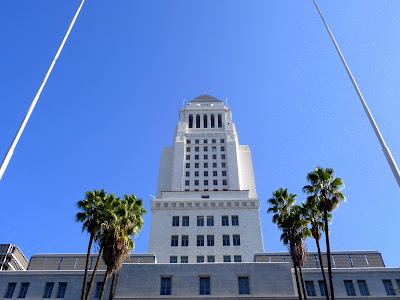 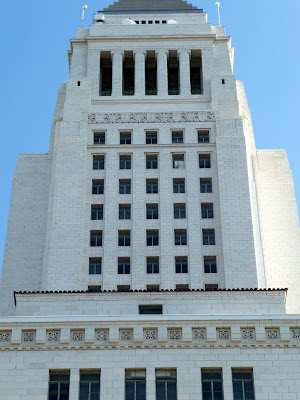 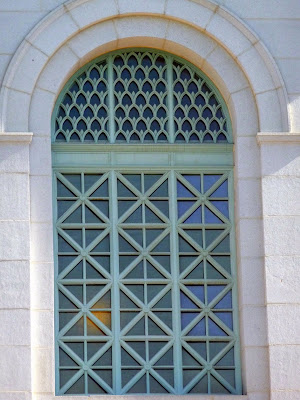 We sat outside on white folding chairs, drinking coffee and nibbling on bagels and cream cheese, part of a crowd of family and friends come to see an important occasion: 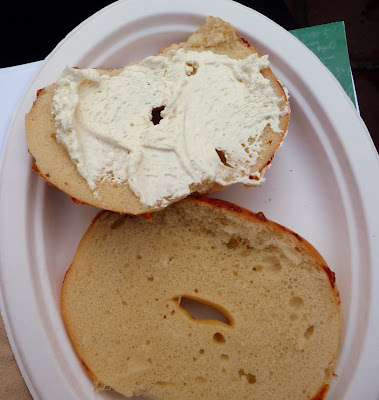 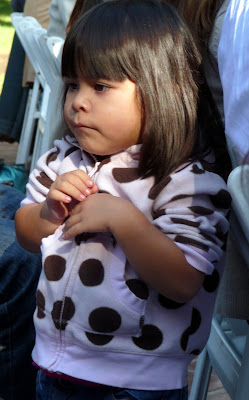 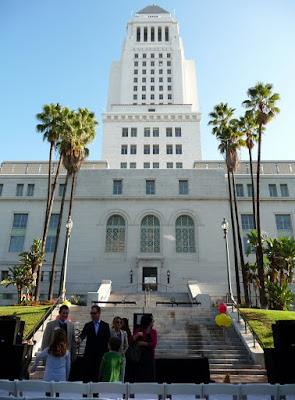 We were there to see a group of 210 fantastic young men and women be officially inducted into a year of service called "City Year." 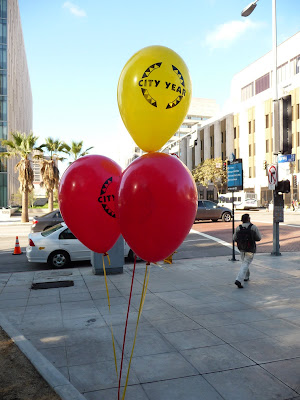 Have you heard of it?

It's under the AmeriCorps umbrella. As the Huffington Post describes, "City Year Los Angeles is an education non-profit that pairs young educators-in-training, mostly high school and college graduates, with some of the lowest performing schools in the LAUSD." (That's short for "Los Angeles Unified School District.") In the four years that City Year has been part of the LA Unified School District, scores have jumped and dropout rates have fallen. 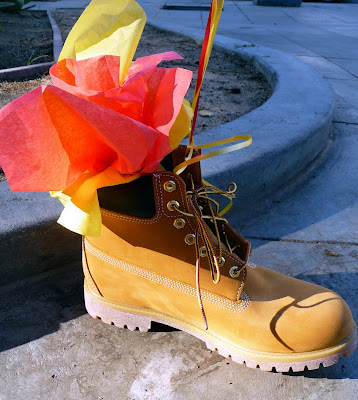 City Year has been active in other cities for quite a while. This was only its fifth year here in L.A.

The young adults in the "City Year" give crucial help to overworked teachers by providing in-class tutoring and much-needed after-school programming to children who are in grave danger of falling through the cracks in the public-school system. 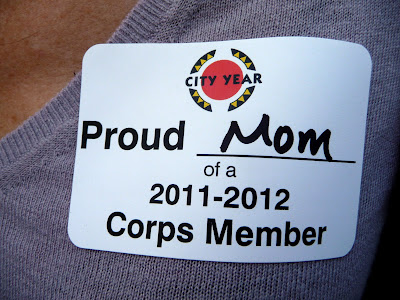 Among the young people doing this important work was our Lovely Daughter #2: 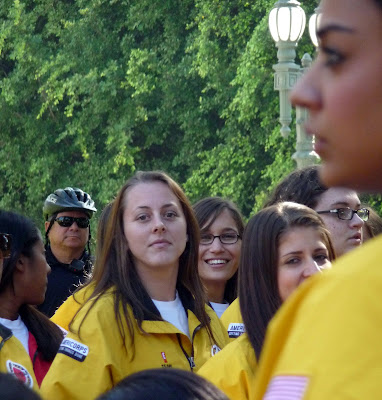 That's her, with the big smile, in her "I'm serious about this!" glasses. So cute.

As we sat and waited for the ceremony to begin, I marveled at the changes to this plot of land. Twenty years ago, I worked for the Times-Mirror Company, only one block away. Back then, this outdoor area was overrun with winos and druggies.

Vagrants used to pee in this fountain, below. The plaza around the fountain was littered with spent needles and used condoms. It wasn't anywhere you wanted to linger. Now, two decades later, the fountain is restored, the grass is green, and the South Lawn, as it is called, is a beautiful gathering spot for friends, family, and the press: 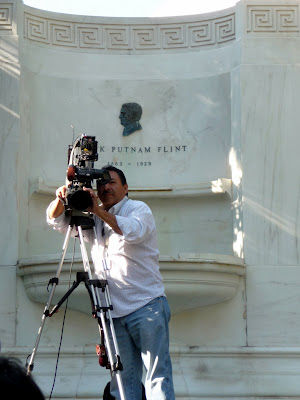 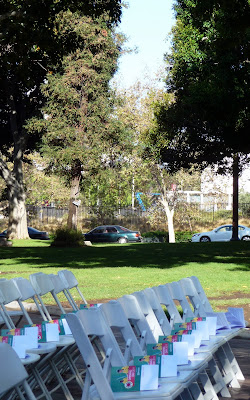 The induction ceremony was a big deal, with some big names attending, like the mayor of Los Angeles. 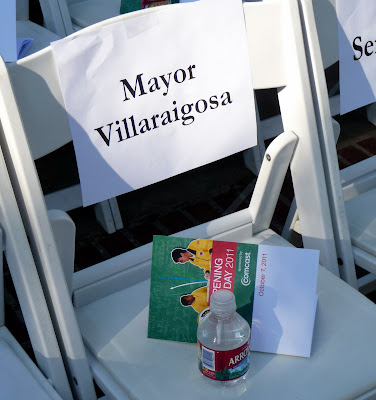 Before the ceremony started, Hizzoner shmoozed and met the public. He is tanned and toned and looks like a movie star. Of course he does! This is L.A., baby. 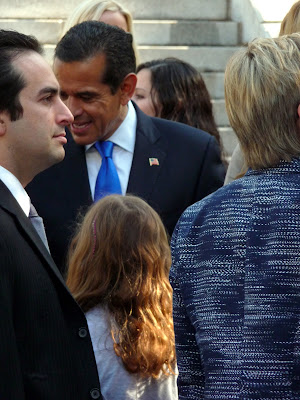 See the young man with the camera strap over his back in the photo, below? 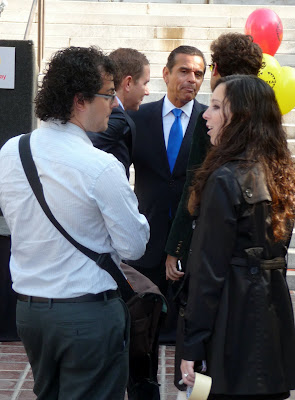 That's the Mayor's personal photographer, who goes practically everywhere with him. The young man is also a family friend. We've known him since he was a skinny little adolescent. And here he is with a muckety-muck job! 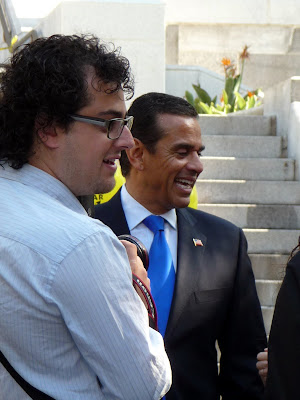 He's another reason we were so proud to be there.

Eventually, the City Year corps members came in a-runnin' in, to some jammin', lively music on the PA system:

Their enthusiasm was infectious. They did some drills: 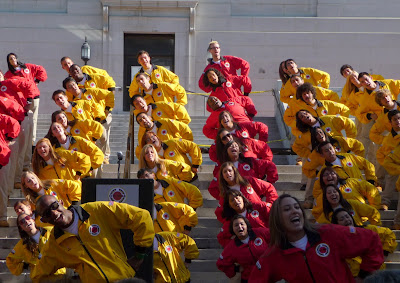 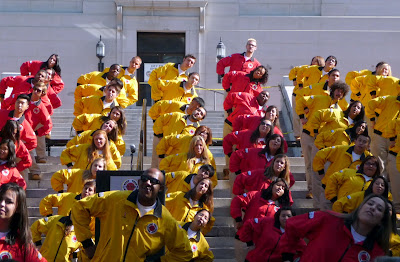 They gave a few little talks: 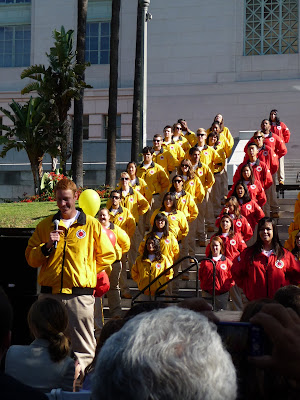 And they stood at quasi-military attention while the dignitaries spoke: 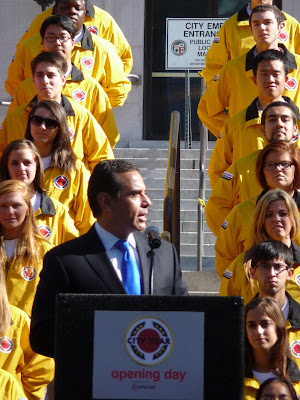 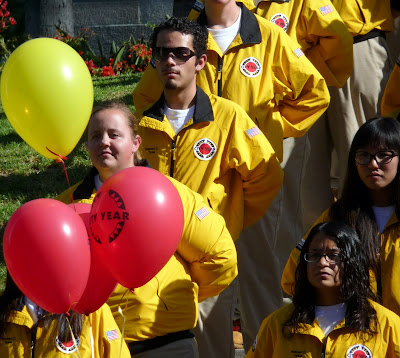 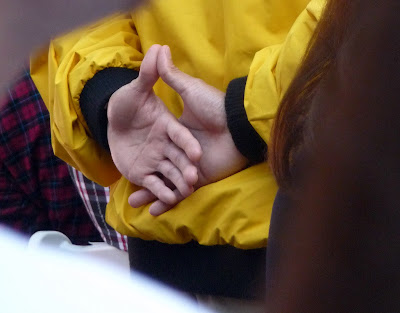 They presented Mr. Mayor with a City Year tie: 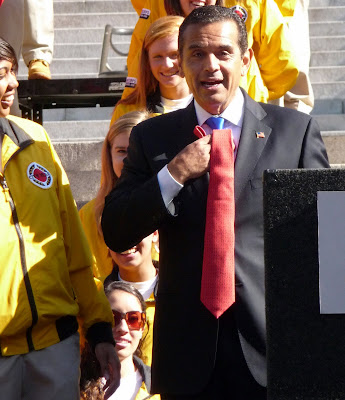 And after the ceremony, there was time for formal and not-so-formal photos: 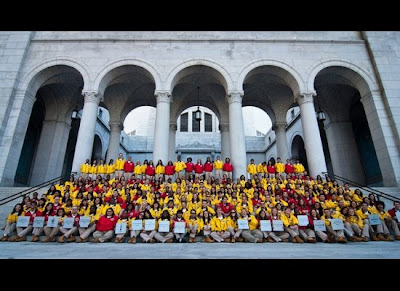 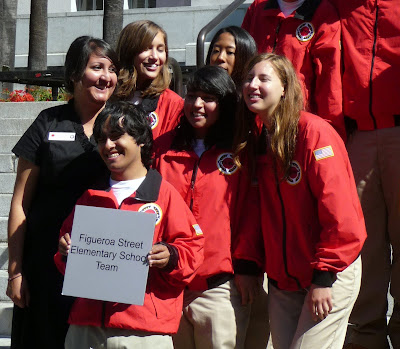 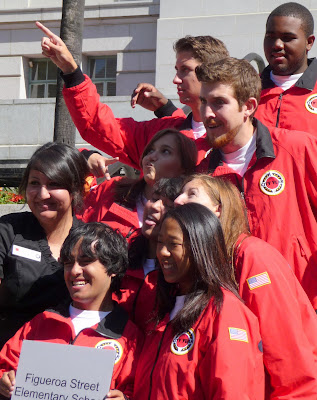 The are the Lovely Daughter's work boots, barely two weeks into City Year: 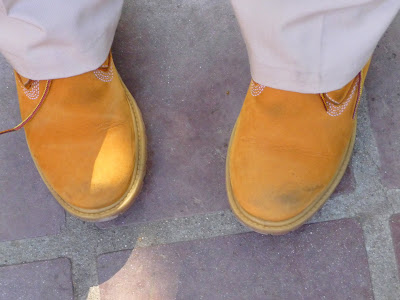 In one short year, they'll resemble these: 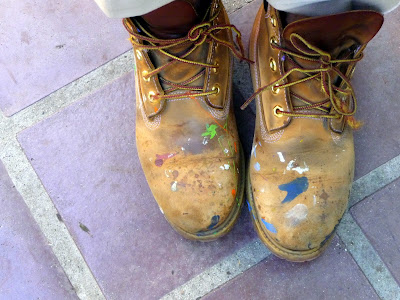 And she will have walked through one of the most important years of her sweet, young life. 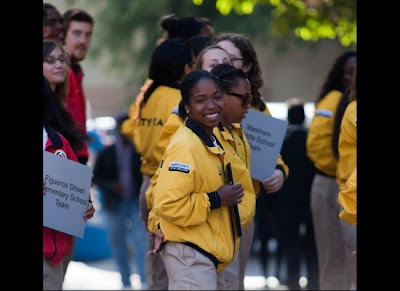 Congratulations to all 210 young corps members! Have a fabulous year.
Posted by Juli at 12:17 PM