Happy October 31! My kids are too old to trick-or-treat, but I wanted to share with you some of their cute looks from Halloweens past.

Here's Lovely Daughter #2 at 16 months old. Look at those cheeks!: 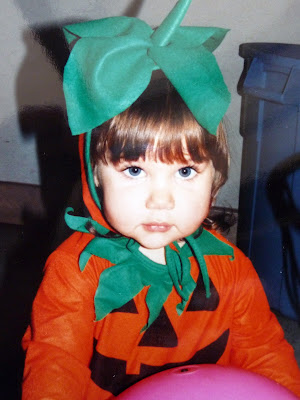 Lovely Daughter #1, four years old, as Dorothy from "The Wizard of Oz," with one of her own stuffed dogs standing in for Toto. I made her costume, but she was most in love with the "ruby" slippers: 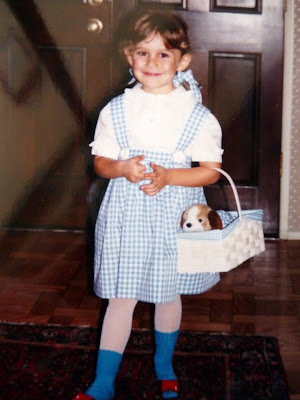 Back then, I didn't know about avoiding intrusive background details, like doorknobs. Sorry, baby! 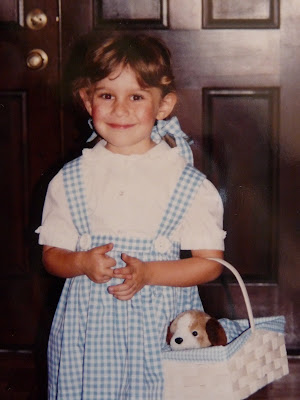 A few years later, Lovely Daughter #2 is four years old and wearing the same Dorothy costume, below. LD#1 opted for a store-bought "Belle" costume from "Beauty and the Beast": 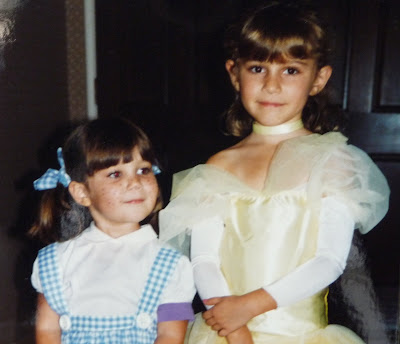 A few years later, The Boy would join in on the fun: 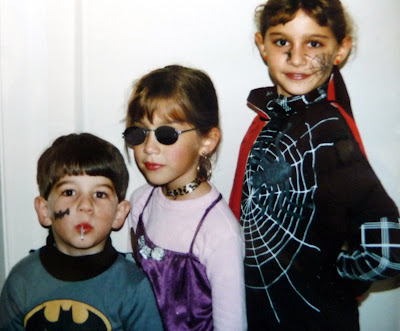 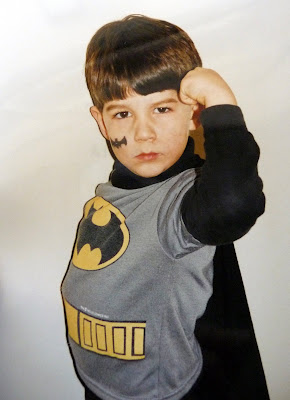 LD#2 is an Academy-Award-winning actress in de rigueur sunglasses (see the cardboard Oscar we made her?). It was a bit nippy that night, so she's wearing a thermal top under her glamorous gown. Check out the pose, though. She's only seven years old, but she is workin' it: 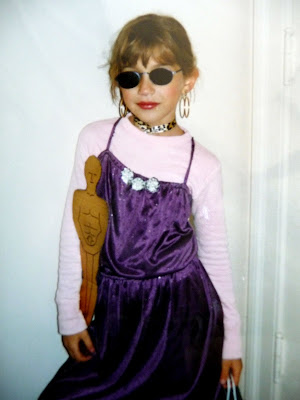 LD#1 at 10 years old is sort of...what? the spirit of Halloween? We took a black turtleneck, which already had the spiderweb printed on it. I made the big gray spider, and we added a hand-me-down cape from a cousin. Final touches were a web and a spider I painted on her face with eyeliner, and little orange pumpkin earrings she owned: 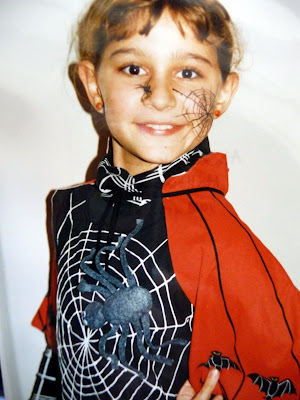 As they grew up, they still enjoyed occasionally dressing up. Here's The Boy, being Bob's Big Boy (a hamburger chain): Apparently, I haven't learned my lesson about distracting background details. *Sigh.*: 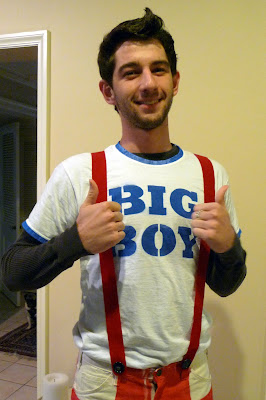 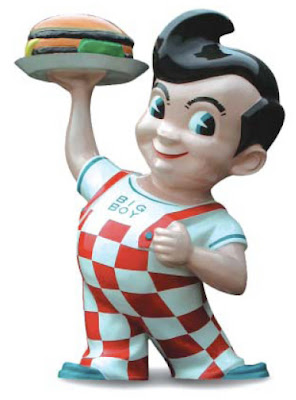 LD#1 attended a college Halloween party as Wendy, and her good friend T. was Peter Pan: 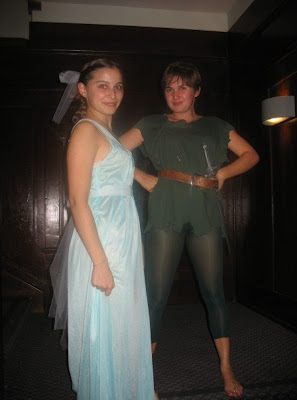 This isn't a Halloween costume, technically, but here's LD#2 dressed up for a charity-based fashion show at her high school. How did she get that amazing swagger? 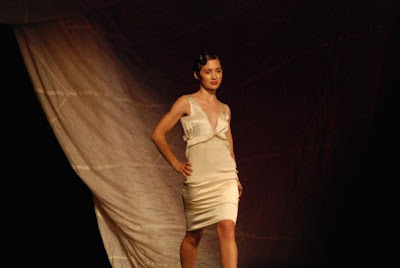 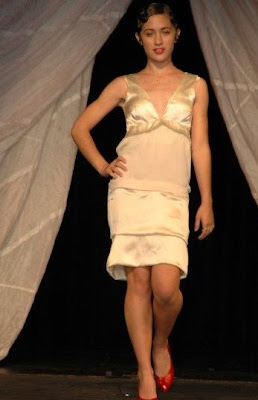 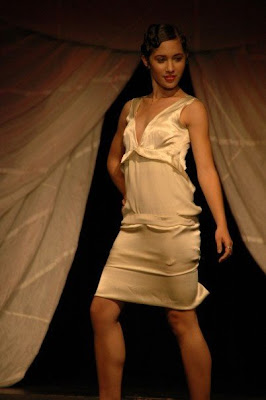 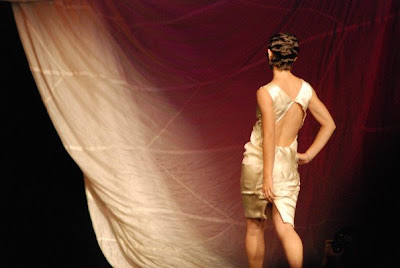 She just channeled her inner seven-year-old.
Posted by Juli at 1:30 AM