It's the post-Hanukkah, pre-Christmas season, and we have a lot of these lying around the house: 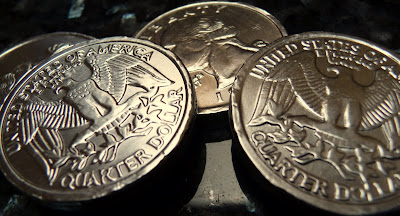 No, not quarters, silly! They're chocolate coins. Hanukkah gelt. Lookin' for a reason to be, now that the dreidels have been packed away.

I could save them for next year, but they'd be all gross and chalky by then. I could give them to a friend or neighbor who celebrates Christmas, but they may not know what to make of them. I could toss them out, but then I'd have to live with the shame of wasting chocolate.

Or, I could make Hanukkah Gelt S'mores!

Plop four of these puppies on a graham cracker: 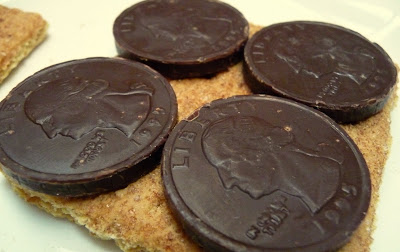 Top with some mini marshmallows, or one large marshmallow cut in two, as I have here: 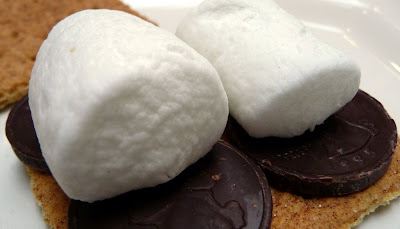 Top with another graham cracker and throw it in your microwave on a heatproof plate: 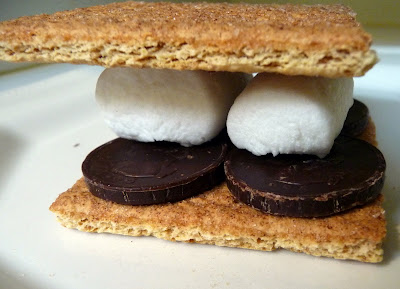 Here's what my microwave did after 15 seconds: 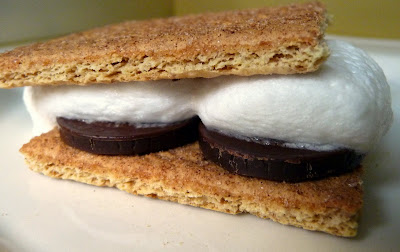 A few seconds more, and I had ooey-gooey perfection: 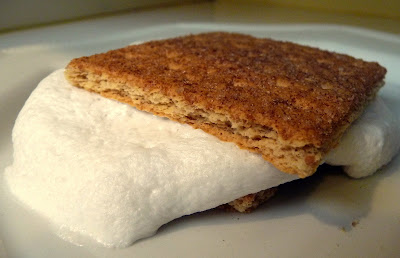 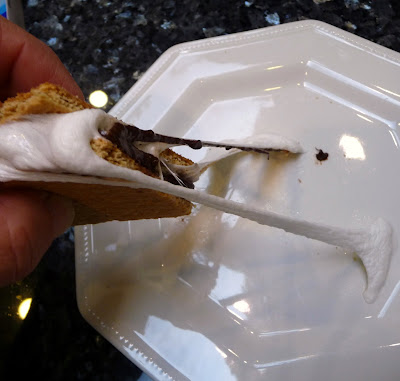 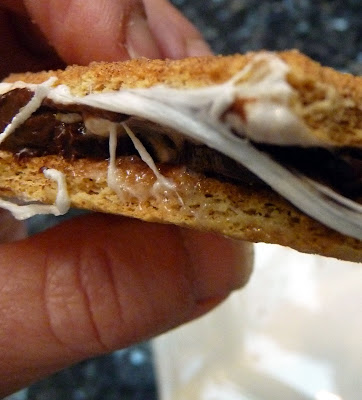 And, as indulgences go, one S'mores made with chocolate coins isn't too bad, because the coins are thinner than the typical four pieces of Hershey's milk chocolate bar.

The caloric breakdown is: 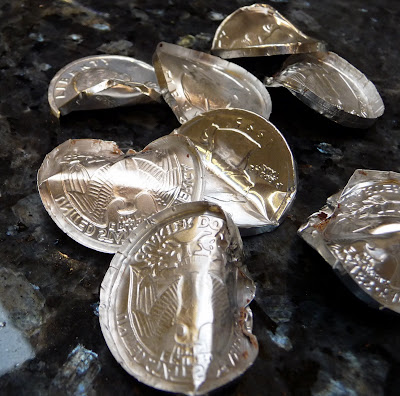 That's about 170, 180 calories total. It tastes like wicked sinfulness, but it's really not. And I got rid of some of those leftover chocolate coins.