After a week of incessant rain here in Los Angeles, the pouring stopped and a rainbow appeared: 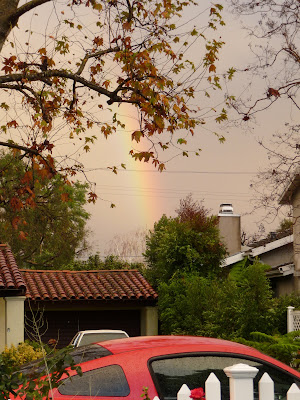 And so did the mushrooms: 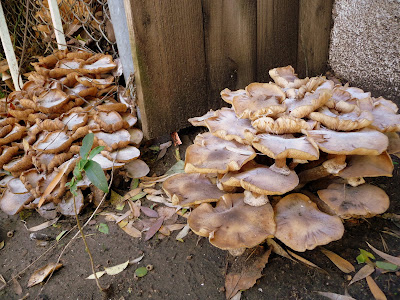 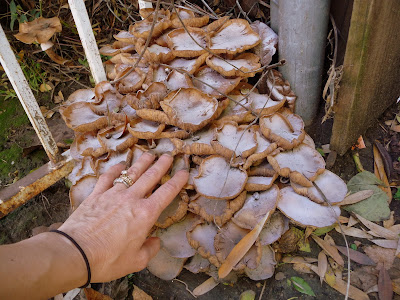 They are sorta lovely: 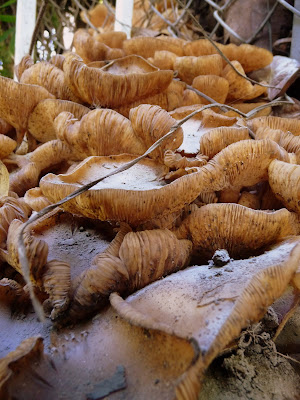 In a creepy kind of way: 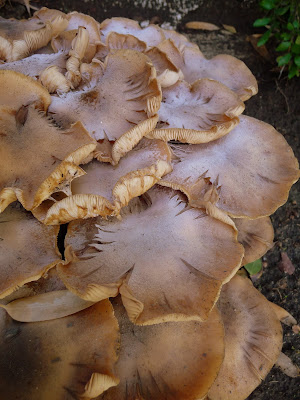 This kind smells like the elephant exhibit at the zoo. Whew! 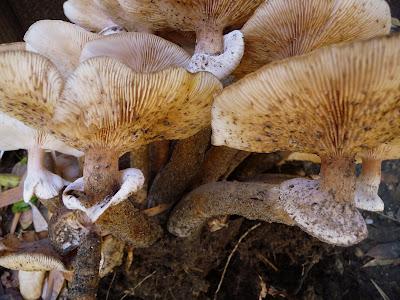 But they sure are pretty: 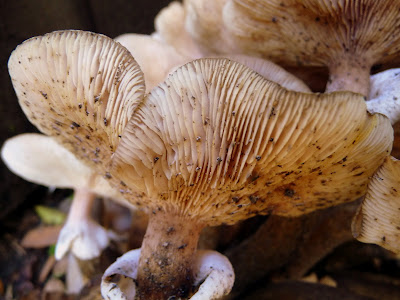 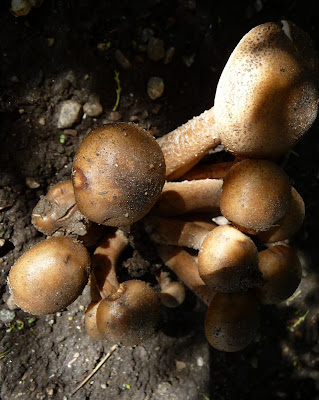 You know the only thing that's scarier than a bunch of mushrooms in a yard that has a puppy? 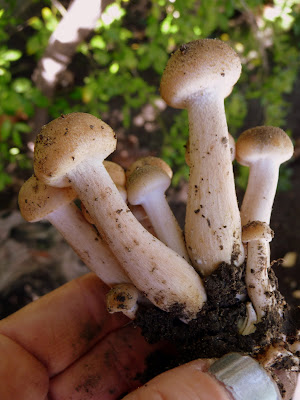 HALF a bunch of mushrooms!: 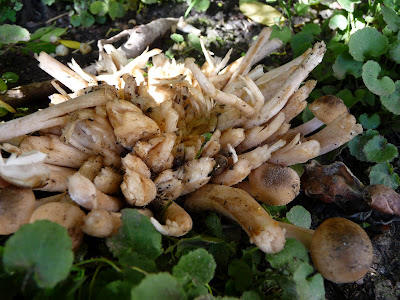 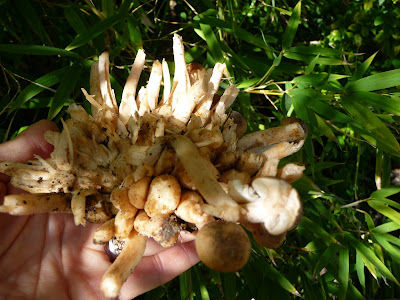 Okay, Denizens of the Dark: It's WAR! Y'all are goin' DOWN! I don't care how much you remind me of fairy tales, forests primeval, and various dancing vegetables in certain Disney films: 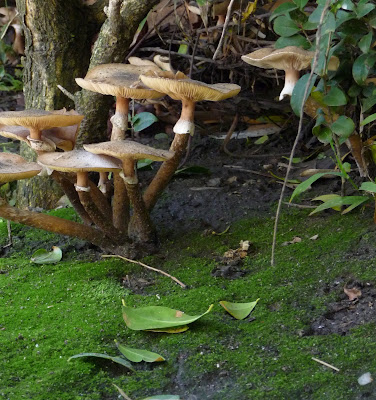 I'm AFTER ya! Don't you be eyeballin' me from behind that fence! 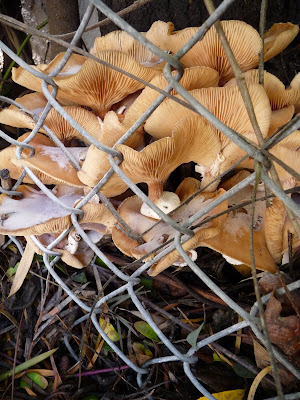 (At this point, half an hour of furious digging ensued.) 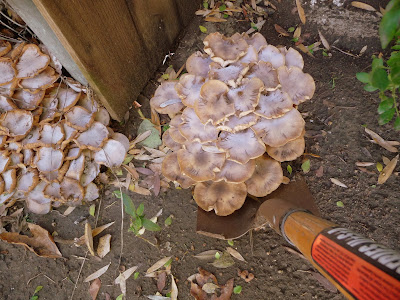 I dug up every mushroom I could find and dumped them in my city-issued compost bin: 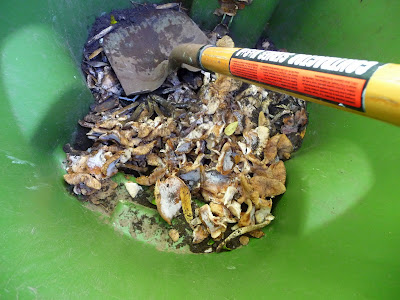 I also dug up a couple of really cool-looking rocks: 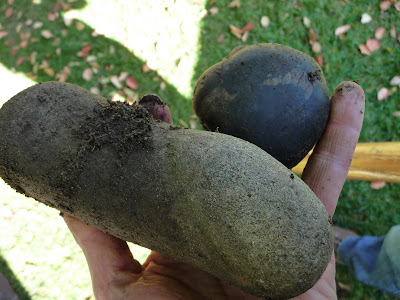 At the end, the city can was stuffed with mushrooms: 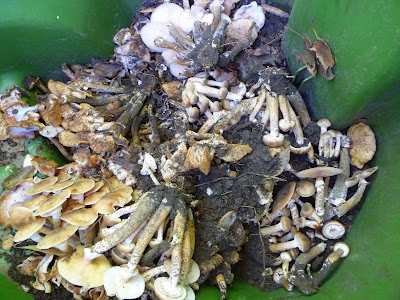 And so was the puppy.

I called the vet to ask about the signs of poisoning. She said to watch out for vomiting, diarrhea, dizziness, or balance problems: 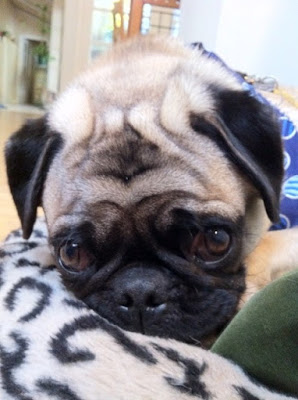 So far, all he's exhibiting is signs of Excessive Contriteness and Cuteness.
Posted by Juli at 12:39 PM