The Hubby and I spent part of last week in Hawaii for a conference he attended. We stayed on the Big Island, he working and I lolling about and taking photos while not reading one of the eleventy-bajillion books I brought.

We saw a lot of cute animals, some of which I was able to capture on film (the mongoose was too quick for me and slithered off into the bushes!).

Here are some of my shots: 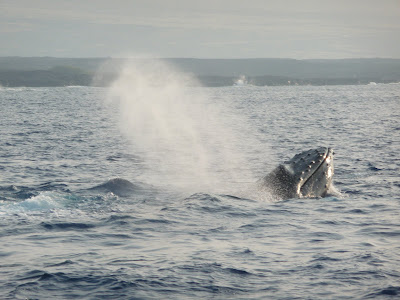 Well, okay, humpback whales may not count as cute, but they are thrilling to see up close from a catamaran! 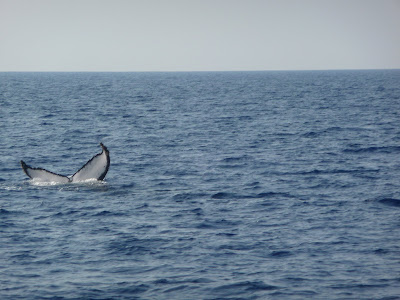 (Full disclosure: The Hubby actually took the whale photos. I was too busy balancing my Mai Tai and a cup of savory crackers to be bothered. Thanks, hon!)

Sure, doesn't everybody have one of these for their office? They're from Staples, "Aisle Three: Feathers," I think: 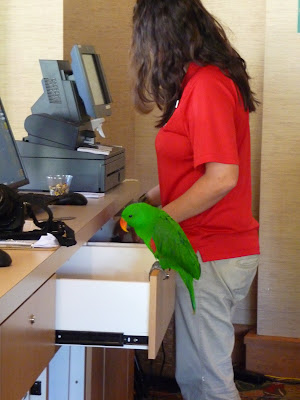 Of course you can always go out and scrounge up the wild ones. This dove looks very much like the Mourning Doves around Los Angeles, only smaller and with a little variation in his colors: 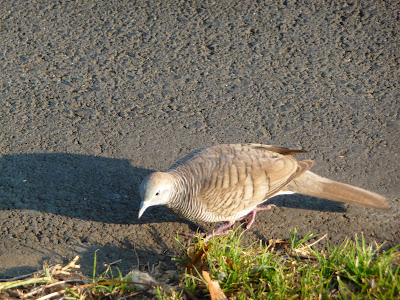 The island apparently has an injunction against messing with its feral cats. So the local cat-lover organizations round them up and sterilize them from time to time. Meanwhile, the local folks (and hotels and restaurants) keep the kitties in fresh food and water. Maybe because they help keep down the rodent population? At the Hilton Waikoloa, the cats are fed and watered at little cabanas (cat-banas?), sprinkled around the property: 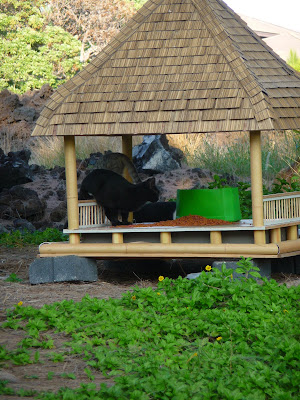 Sweet life, being a feral cat on the grounds of the Hilton, with nothing more than the errant golf ball to worry about! 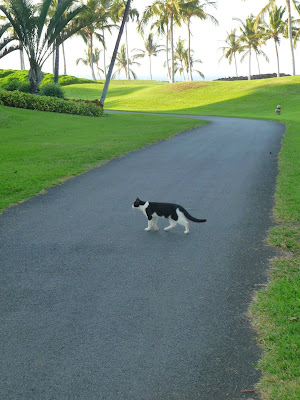 Umm, yeah, except if you get on the bad side of one of these babies! That's a Texas turkey, imported from you-guessed-it by a group of huntin', shootin' good ol' boys who thought it'd be a fine idea to introduce yet another non-indigenous species into this fragile ecosystem. Now these things stomp around the Hilton, keeping tourists amused and depositing Texan-sized piles of bird poop: 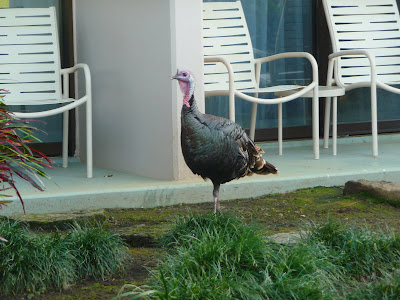 Some of the birds in Hawaii have a much better excuse for being there. This is the Nene, the official bird of Hawaii. It's descended from the Canada Goose, and the thinking is that it migrated to the islands half a million years ago (according to Wikipedia, anyhow): 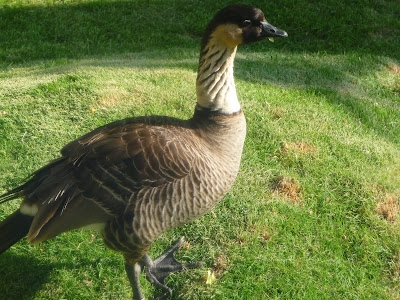 I'm not sure how I feel about this, but the Hilton hotel chain has three locations that feature captive dolphins. One is at the Waikoloa, and I must admit it was wonderfully fun to watch them at work with the tourists and trainers. But you have to wonder, what does such an intelligent animal, built for speed and distance, think about being penned in a private lagoon? 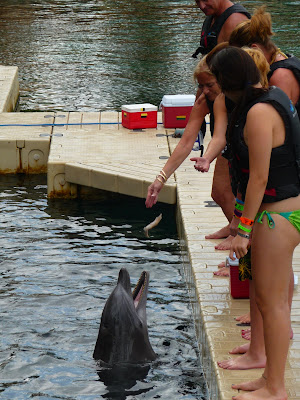 The cats are all for it. These kitties are chowing down at another cabana, this one near the beach where we went whale-watching: 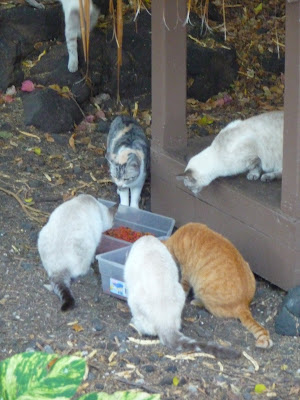 A surprising number of the kitties had Siamese-derived markings: 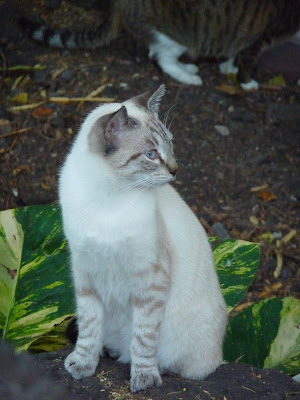 Oops! Sorry this photo is a little out of focus, but I snapped it on the fly as we motored by this dude on an island...in the middle of a canal...that ran through the Hilton....Yeah, it's so big it has boats and a train, too, to ferry folks from one end of the property to another: 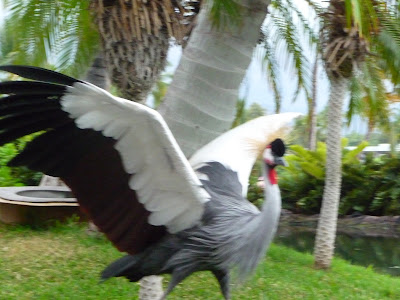 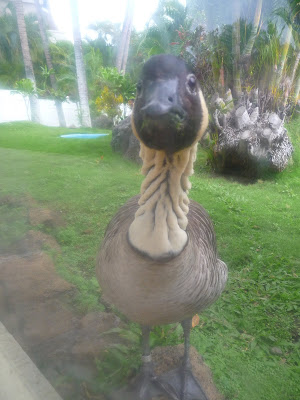 And of course there were pink flamingos. Love those knobby knees: 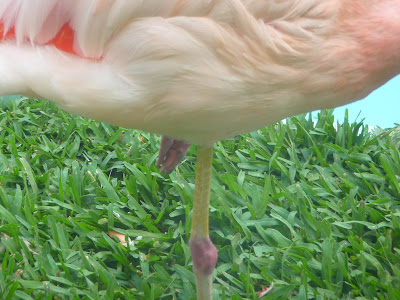 The rarer, blue bronze flamingos even made an appearance: 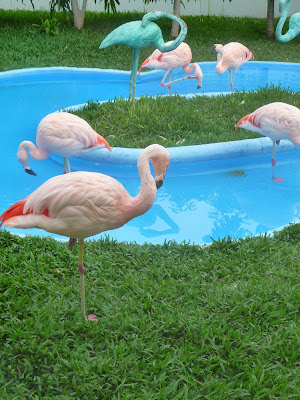 My last shot is entitled Double Portrait, Dolphin and My Shadow: 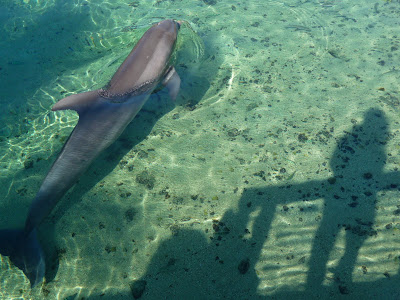 Thank you, and don't forget to enjoy the wine and cheese tables before you leave the gallery!
Posted by Juli at 8:58 AM