A litter of four kittens is hanging out in the home of Lovely Daughter #1. We went over to visit the little goobers recently: 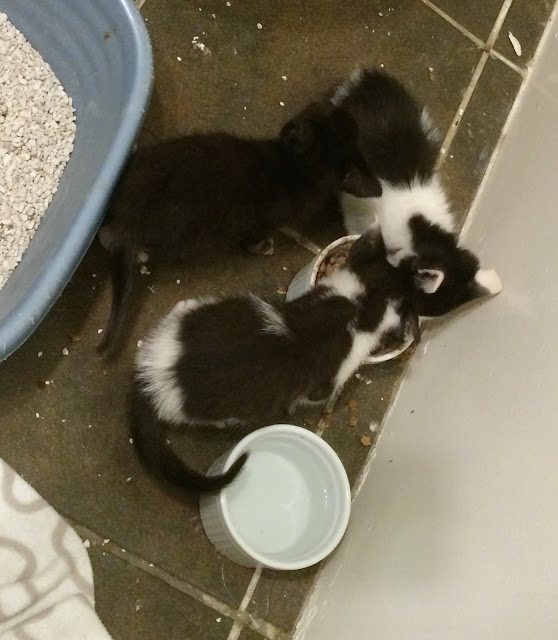 LD#1 is fostering the babies. Their momma is feral, so she was trapped, spayed, and released back to the colony she lives in. Her babies, however, were caught young enough that they can be family pets. They just need some love and attention, and some time to grow until they weight 2 pounds each. At that point, they can go up for adoption.

When the momma cat and her kittens were caught, the babies were very ill--anemic, infested with fleas, and suffering from worms. Because of their rocky beginning, they are the size of four- or five-week-old kittens, even though they are somewhere between eight and ten weeks old: 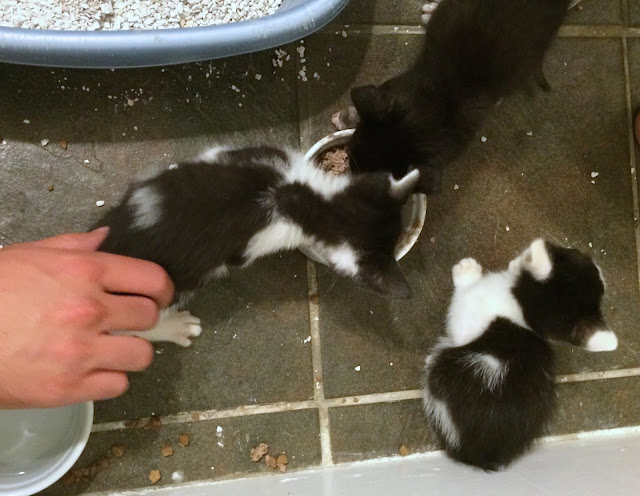 This is the biggest one. We nicknamed him "Fatty." He's the first one to the food bowl, and he goes back for seconds and thirds--and sometimes fourths: 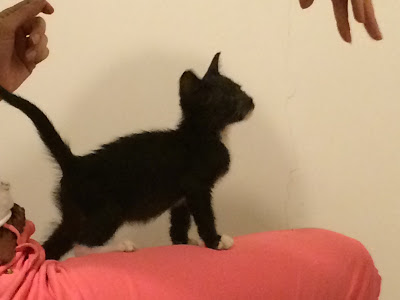 The Boy holding "Fatty." Check out those whiskers! (On the kitten, not the young man.): 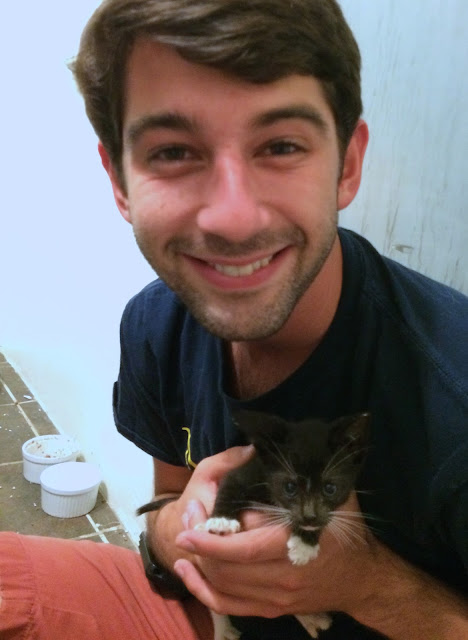 Fatty may be the biggest of the litter, but he's still not much larger than a cell phone: 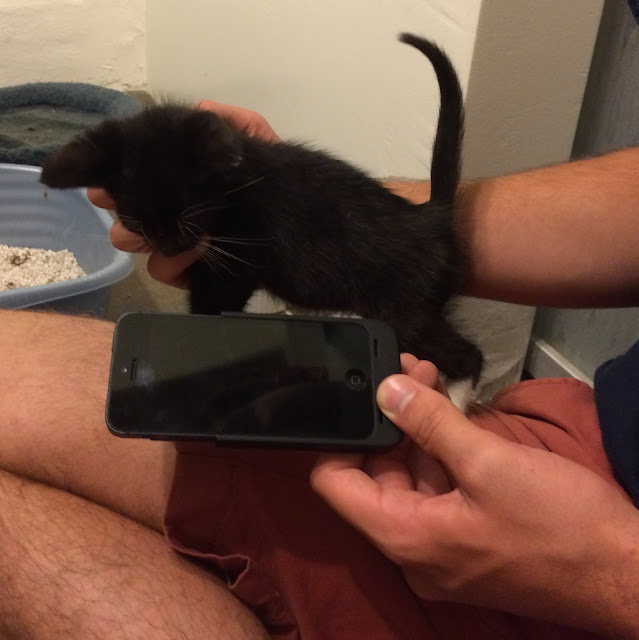 This is "Acute," so named because the angle of white on her forehead is, well, acute: 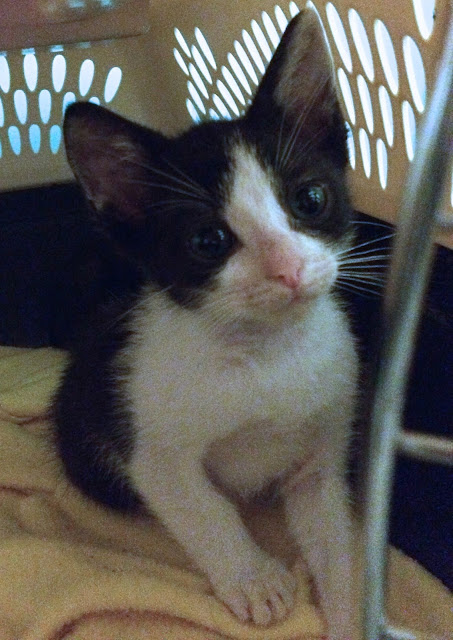 This is "Obtuse," because of the angle on his forehead: 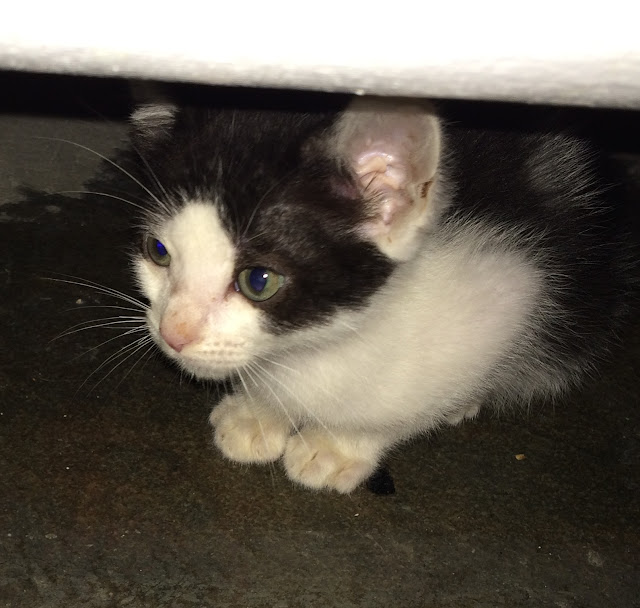 This little dude we call "Captain Hook." He was the sickest of them all, and he has a slightly deformed foot. For a few weeks, it wasn't clear if he'd even live. He's doing better now. But see how he only has three long whiskers above his eyes? (Are those eyebrows or eye whiskers?) And the ones around his muzzle are all broken off short: 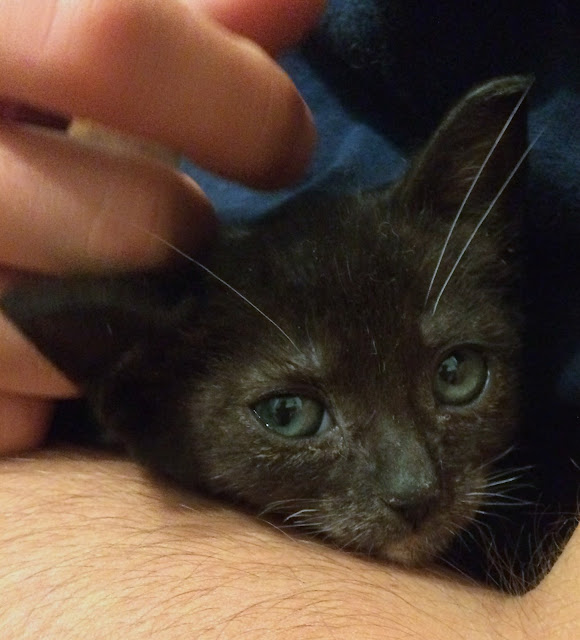 Here's his sibling, Obtuse, for a whisker/eyebrow comparison: 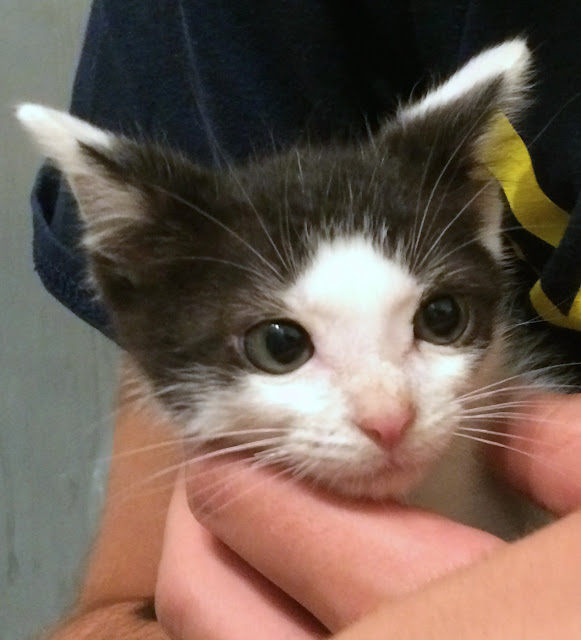 And a three-quarters view of Acute's impressive whiskers: 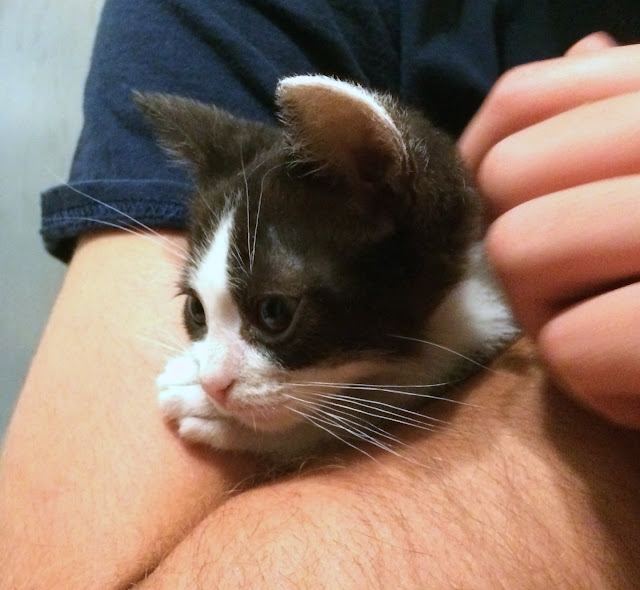 Now that she's finished medical school, Lovely Daughter #1 has more time on her hands. Her job as an ER doc in NYC doesn't begin until late June. So while she's packing up her things and picking a moving company, these kittens are her guests: 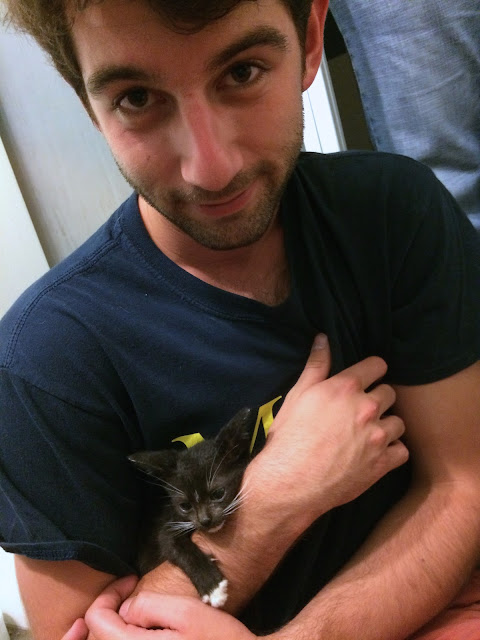 She's keeping her skills sharp, however. Here she is checking out my ear, which has been bothering me lately: 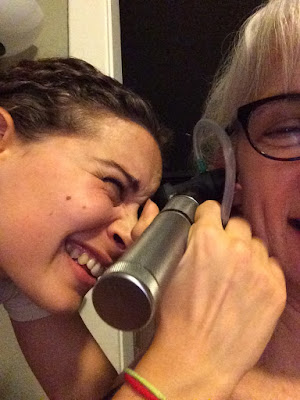 Luckily, my whiskers are just fine.