Several Memorial Days back, I paid tribute to my dad, Charles, who served his country for two and a half decades as an officer in the Air Force. Here's a photo of him during World War II in a military hospital, surrounded by his crew. He was recuperating from wounds he received while captaining his B-17 in an air fight over Germany: 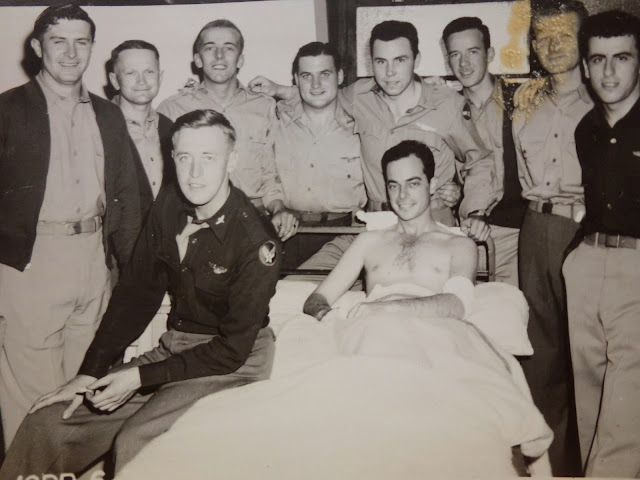 In the past year, I have learned about the life of this man, my great-great Uncle George Shorkley (below). Like my father, he was a gentle, college-educated man. Like my father, he didn't plan to make a lifelong career of being in the military, but war changed all that.

In George's case, it was the Civil War: 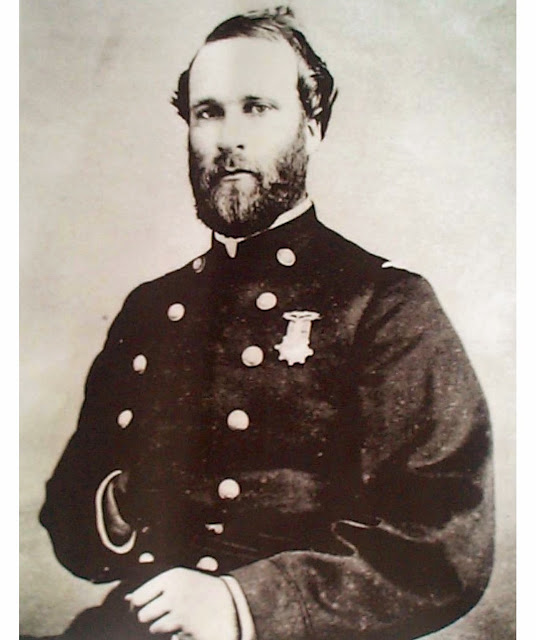 George fought in 37 battles during his 21 years in the Army. His Civil War engagements included Bull Run, Antietam, and the lesser-known but hideously bloody Battle of the Wilderness. During one battle, he lost all but the thumb on his right hand. After that, he learned to write with his left hand. (You can see in this photo that his right hand is gloved and tucked into his jacket.)

George was a modest man. After some pressure from his brother (my Great-Grandpa Elisha), he wrote his memoirs, then tore them up because he felt it was being too boastful. So Elisha wrote George's exploits instead. When Elisha presented them to his brother, George protested, "I can't fancy seeing myself so conspicuous" and declared "I hesitate to touch it, even with a ten foot pole."

I'm glad Elisha wrote the story of his brother's service, because now we have it for posterity. 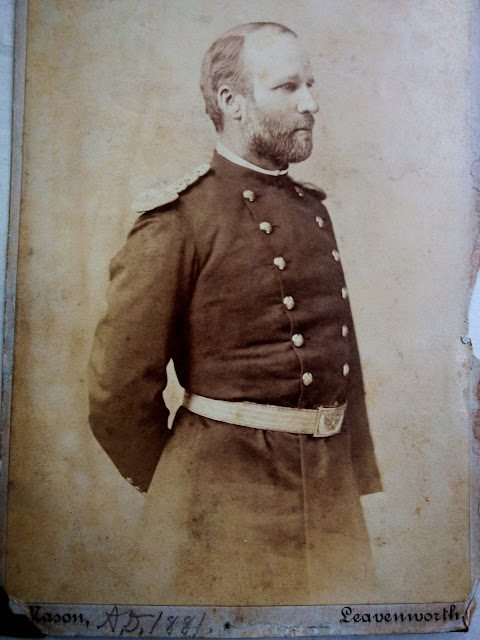