This is a brief story of two houses and two best friends, who lived in Lewisburg, Pennsylvania, 150 years ago.

One friend was named Sallie: 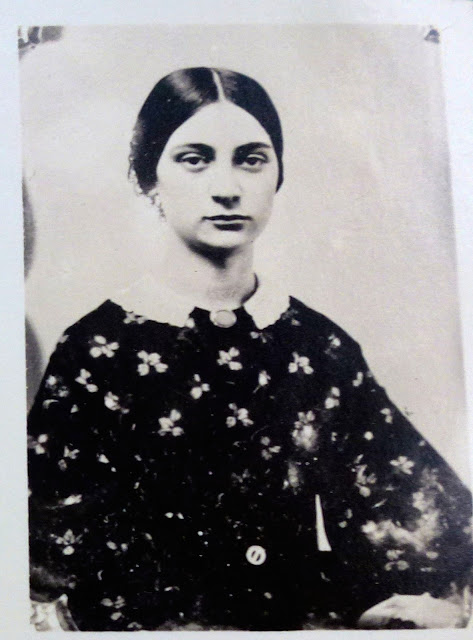 (Don't let her dour looks fool you! People had to hold verrrrry still for a long time to take a photograph back in 1860, when this was taken. So they tended to have Resting Bitch Face a lot.)

Sallie was a lively, intelligent, kind-hearted young woman who lived in a big, comfortable house with her parents and younger sister, Mattie: 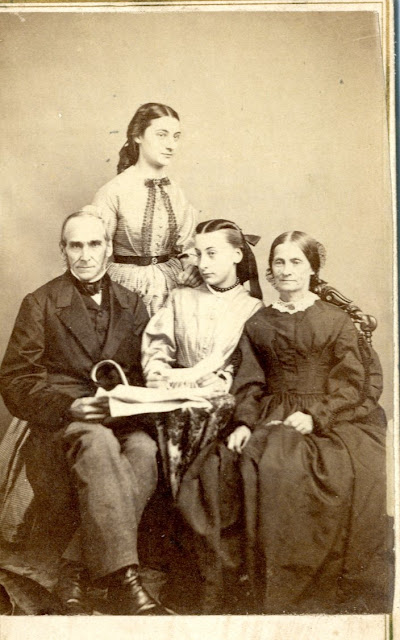 (That's Sallie, standing in back.)

This was their house, the way it looked when it was decorated for Independence Day in 1885. By that time, it had been in her family for three decades or so: 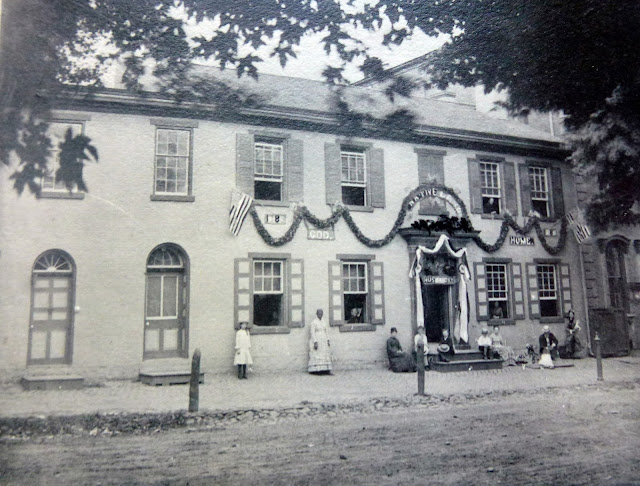 The house still stands. This is how it looked a few years ago. The front door underwent a transformation back in the 1930s, but it is still very much the same house: 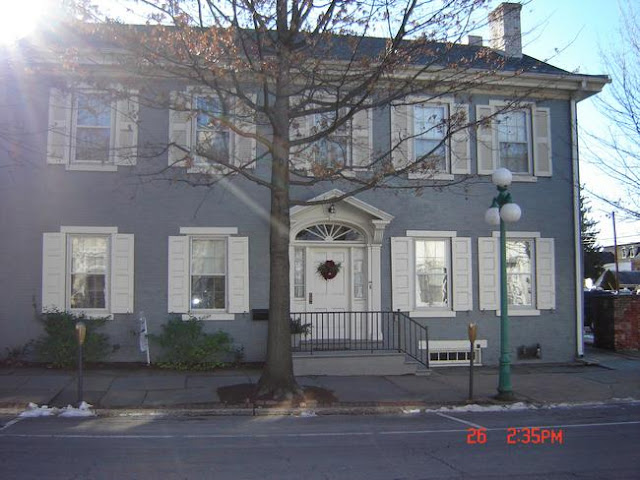 One of Sallie's best friends in town was Lucy:

Like Sally, Lucy also lived a comfortable lifestyle. Her parents--and her 12 siblings!--were a prominent family in town. 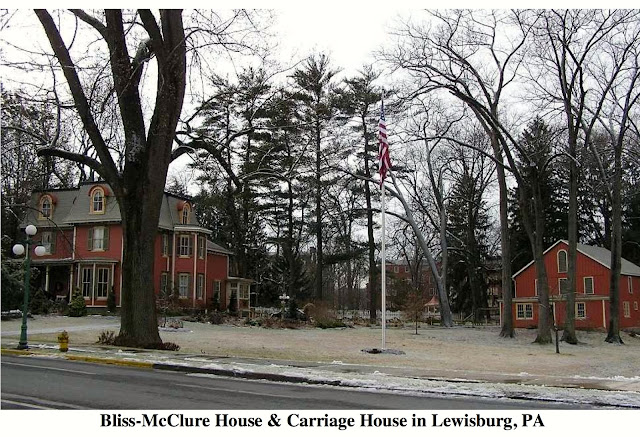 These two girls did the usual fun stuff back then--sleigh rides and musical evenings, entertaining gentlemen callers, having girlfriends over for tea, getting their photos taken and buying ribbons and finery to decorate their bonnets.

Lucy's family ran a station on the Underground Railroad, ferrying runaway slaves to the North and freedom. Harboring runaway slaves was a dangerous business; if she or her family were caught, it could have spelled ruin for them all.

Under the cover of night, Lucy carried blankets and hot meals out to the slaves hidden in the hay of her family's carriage house. Years later, she spoke about how scared she was to do that, how she was exposing her whole family to danger. But she did it, anyway.

Sallie's and Lucy's families were united at the beginning of the 20th century when Sallie's daughter married Lucy's nephew. The two friends--now relatives by marriage--lived long, full lives before they finally passed away as very old ladies.

Both their family's houses still stand. And last weekend, Lovely Daughter #2 visited them both. This was Sallie's house: 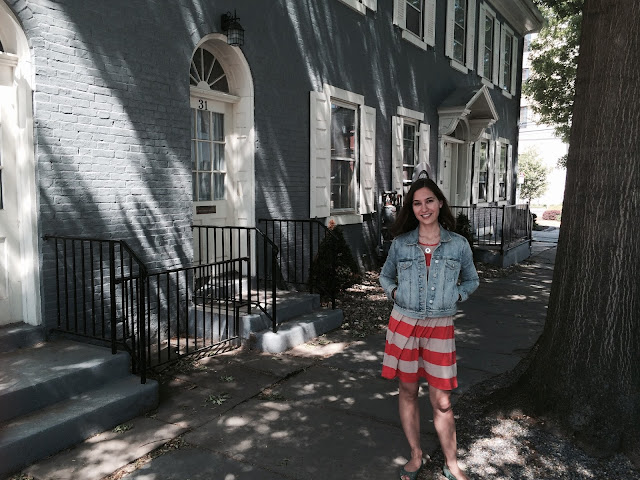 And this was Lucy's house: 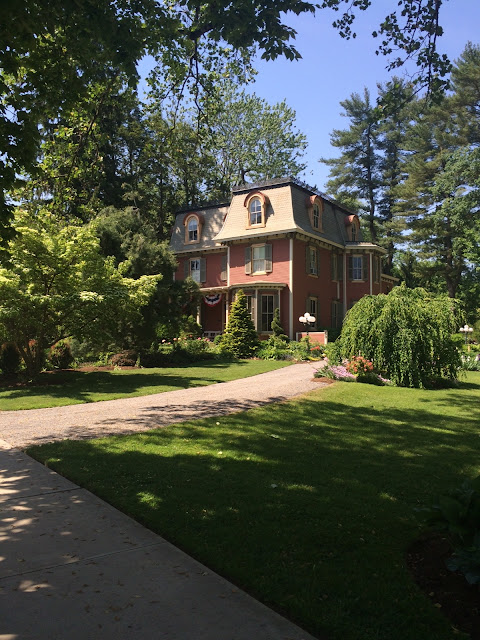 Lovely Daughter #2 in front of Lucy's carriage house, where the slaves hid: 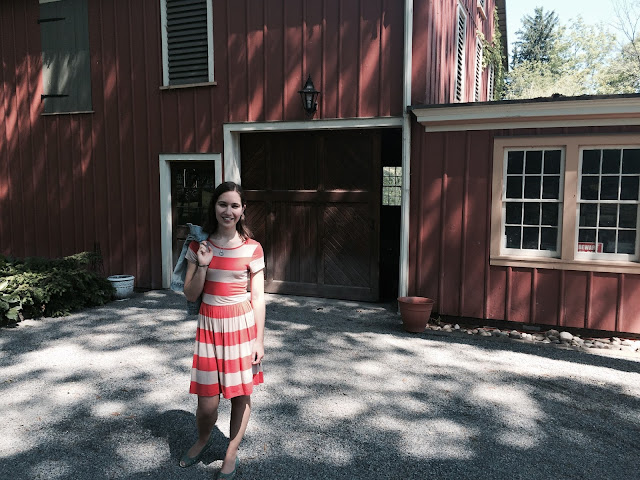 A peek inside the carriage house. If those walls could talk!: 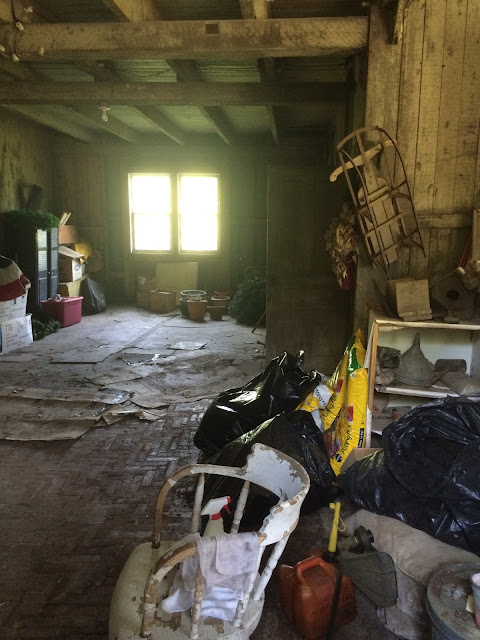 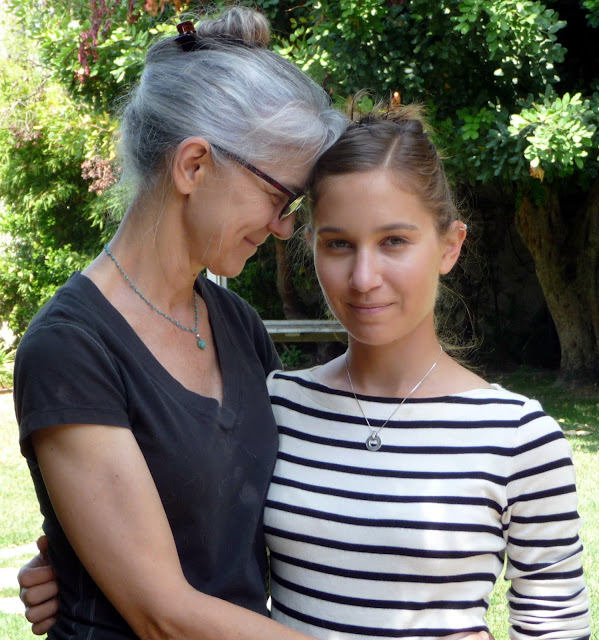 And, I don't know, but...there seems to be a similarity between Sallie and her great-great granddaughter. Do you see it?: 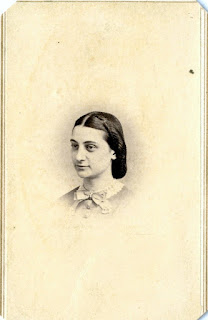 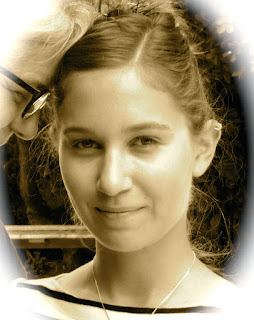 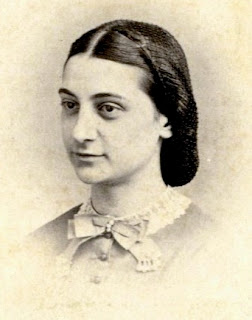 I love to think that the ghosts of these two lovely women were thrilled to see one of their progeny visit the houses where they used to live and laugh and love.