Valentine's Day Weekend 2015, for me, was Puppy Love weekend. First on Saturday the 14th, friends of mine adopted a fourth rescue dog--and their second Pit Bull. That's "Otis," on the left, showing off his gentle, perfect manners while he waits his turn for a tidbit of steak: 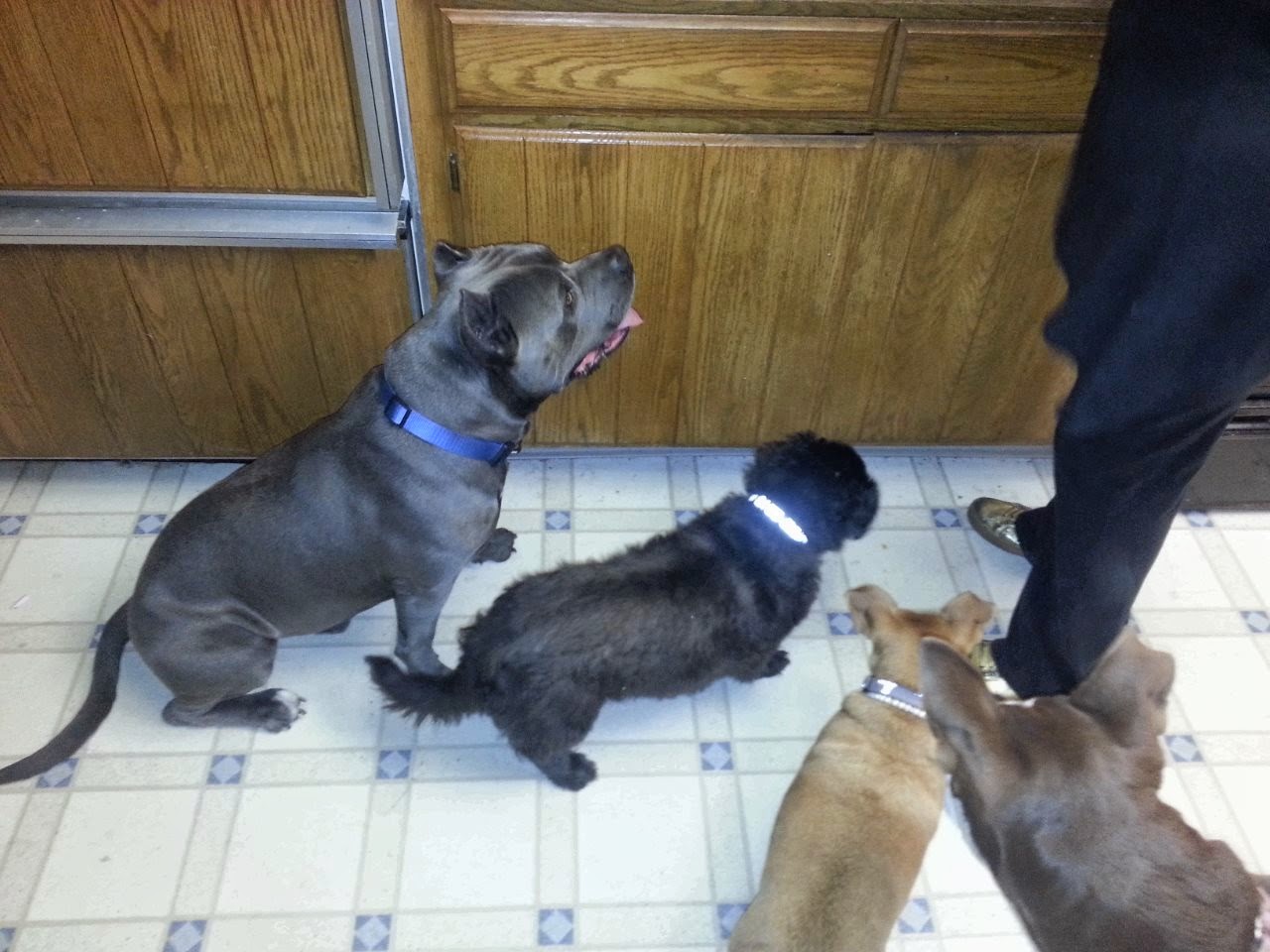 Even though he's a big guy (78 pounds) and has sort of scary looks, his new daddy describes him as having "the head of a monster and the heart of a marshmallow." 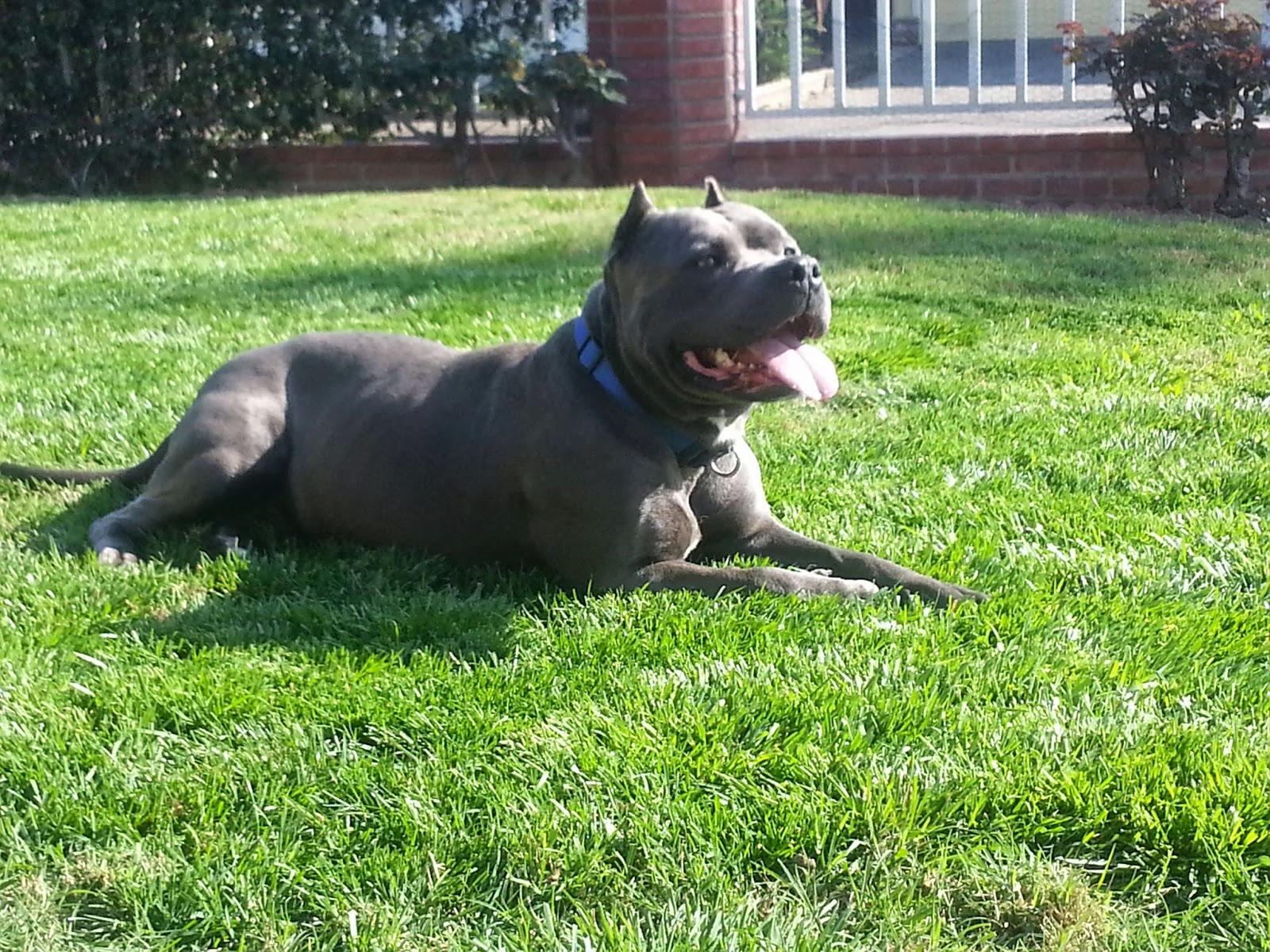 I don't know about that: I think Otis is incredibly handsome. This big gray beauty doesn't know it yet, but he's landed in a fabulous home. His owners are committed rescue-dog advocates, and they both have hearts of gold: 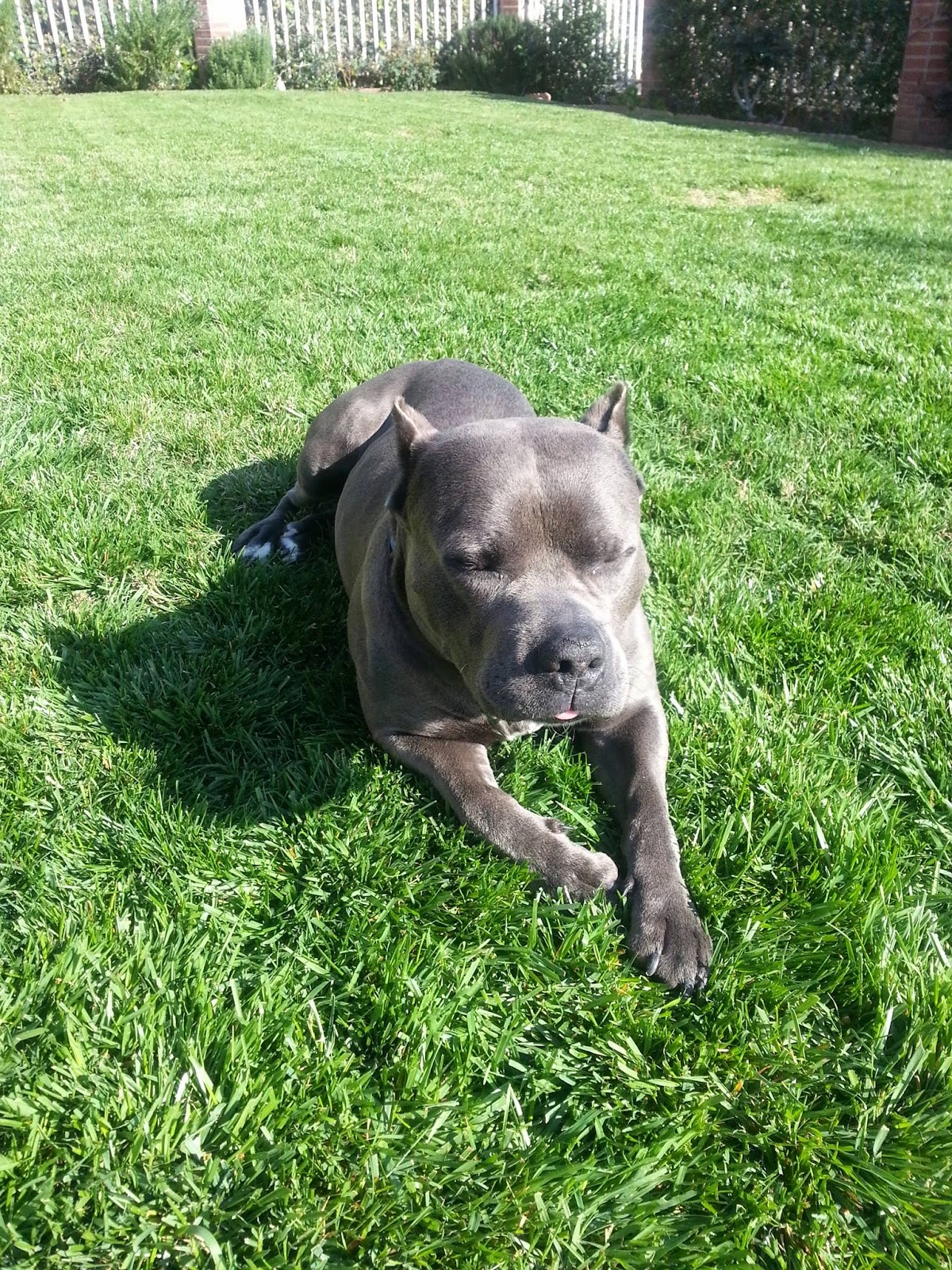 Then on Sunday the 15th of February, I volunteered at a big animal-adoption event. We had about three times the normal amount of dogs, and multiple agencies worked together to make the event a success. There were red-heart balloons, and big banners and tents all over the park to attract the public's attention. There was even a doggie kissing booth.

The event was a huge success; something like 17 dogs found homes! This is "Charcoal," the poodle mix I was handling. His new owners weren't out looking for a dog, but all the hoopla attracted their attention: 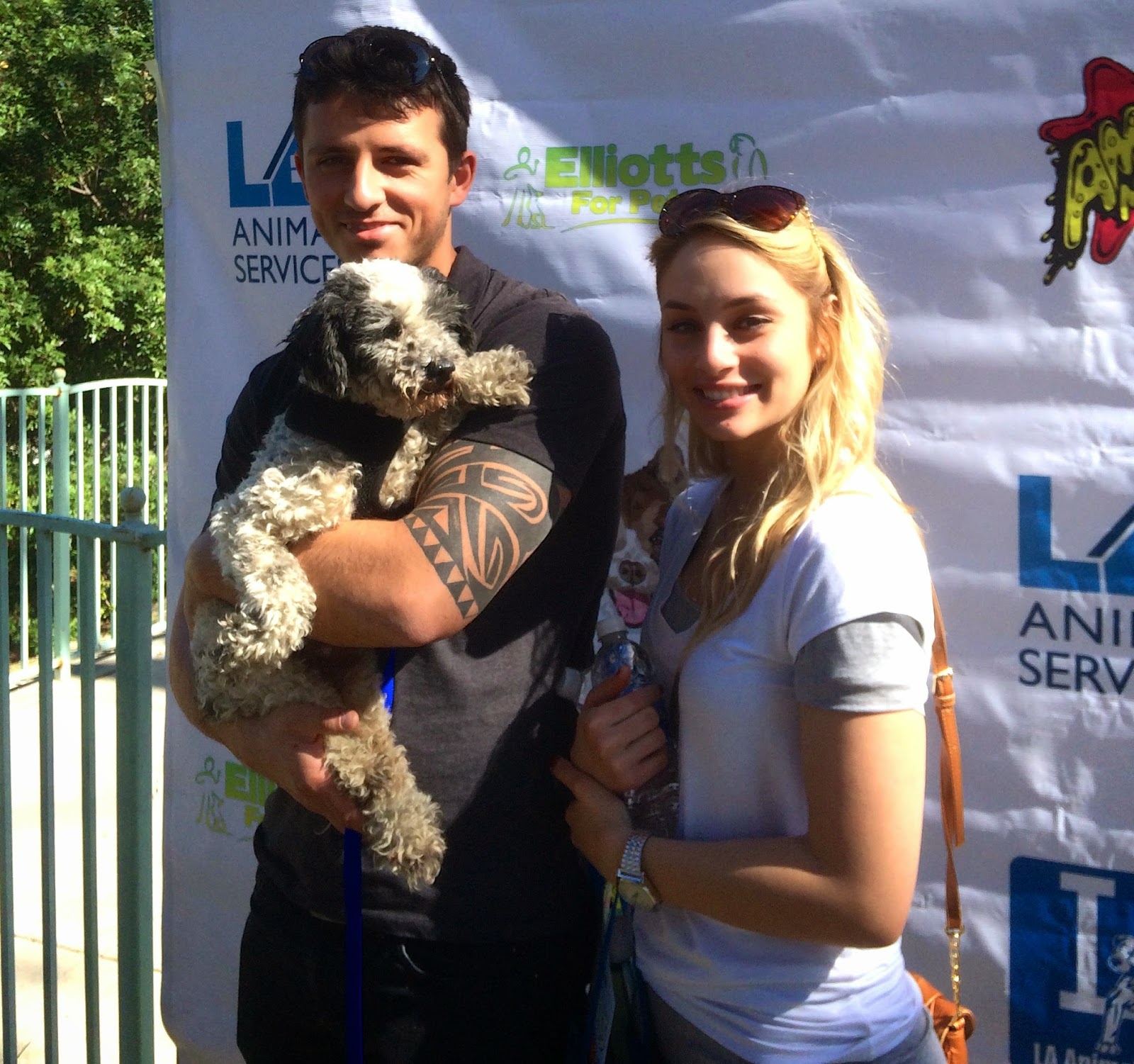 They may re-name him "Charlie," but whatever his new name will be, he's a lucky boy.

As usual, we had a variety dogs looking for their Forever Homes, from little dudes like Jon Paul, here: 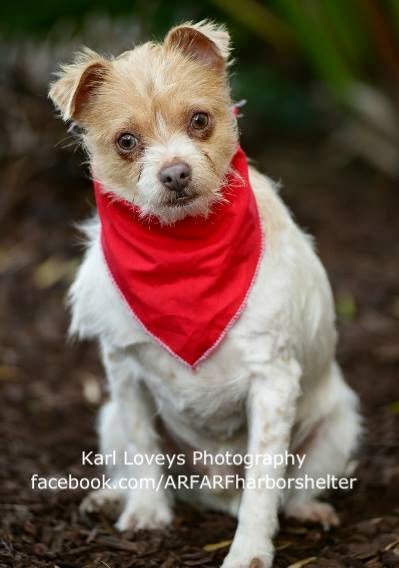 To big, gorgeous guys like Zachary. Check out those mesmerizing eyes!: 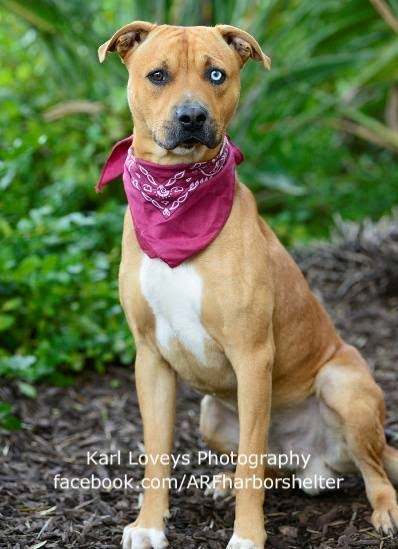 I have never, EVER seen two Basset Hounds at the same adoption event. They are just such a rarity. But actually, this past Sunday, there were THREE! I could only snap two of them in one photo, however: 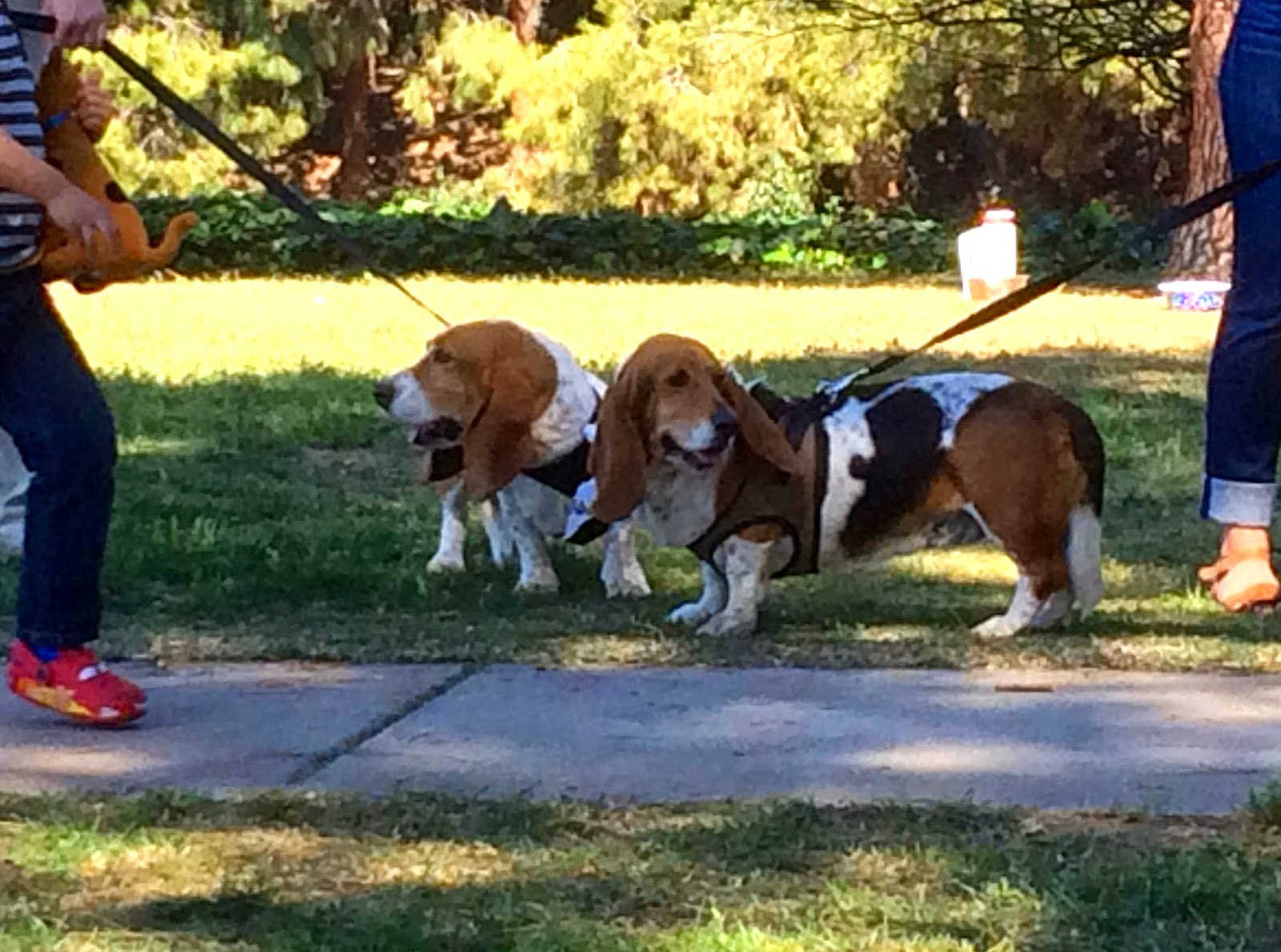 All three of the Bassets were turned in by a single owner. All three were adorable: 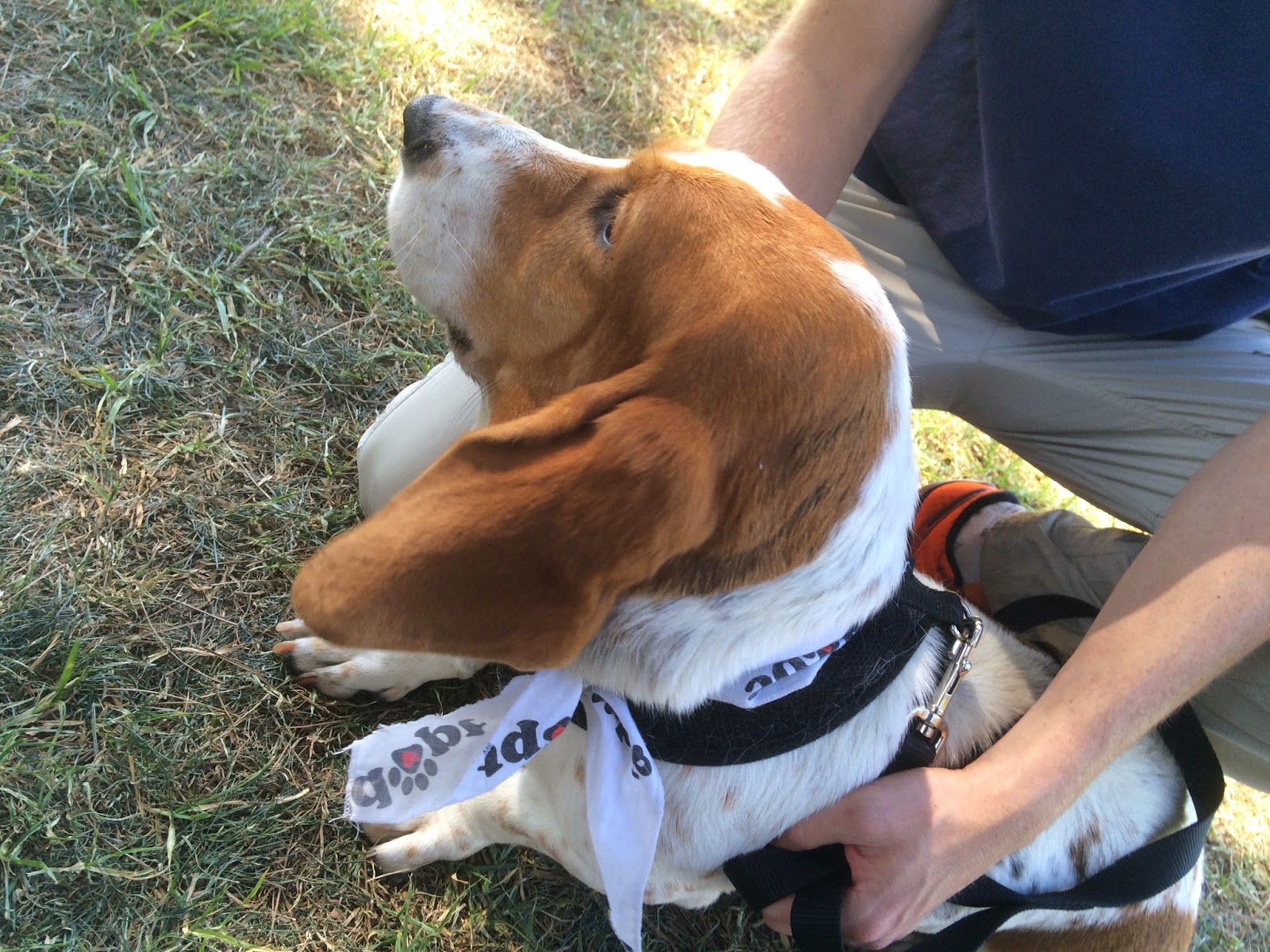 Those ears: It's like they have their own ZIP code: 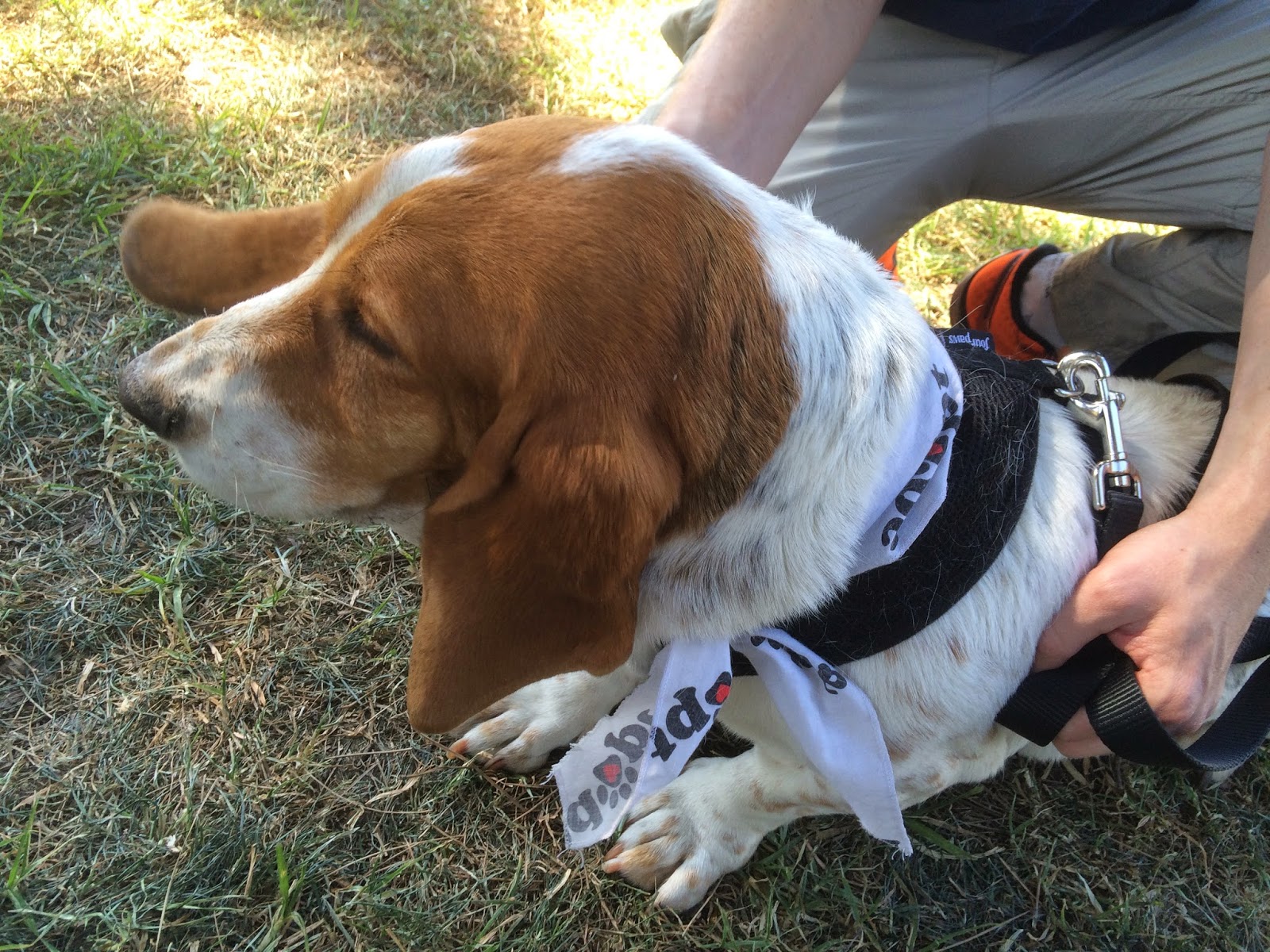 Also on Sunday, another couple we're friends with adopted a French Bulldog. Meet "Stella," 10 weeks old. She is such a wigglebutt it was very hard to get her to hold still for a portrait with The Hubby: 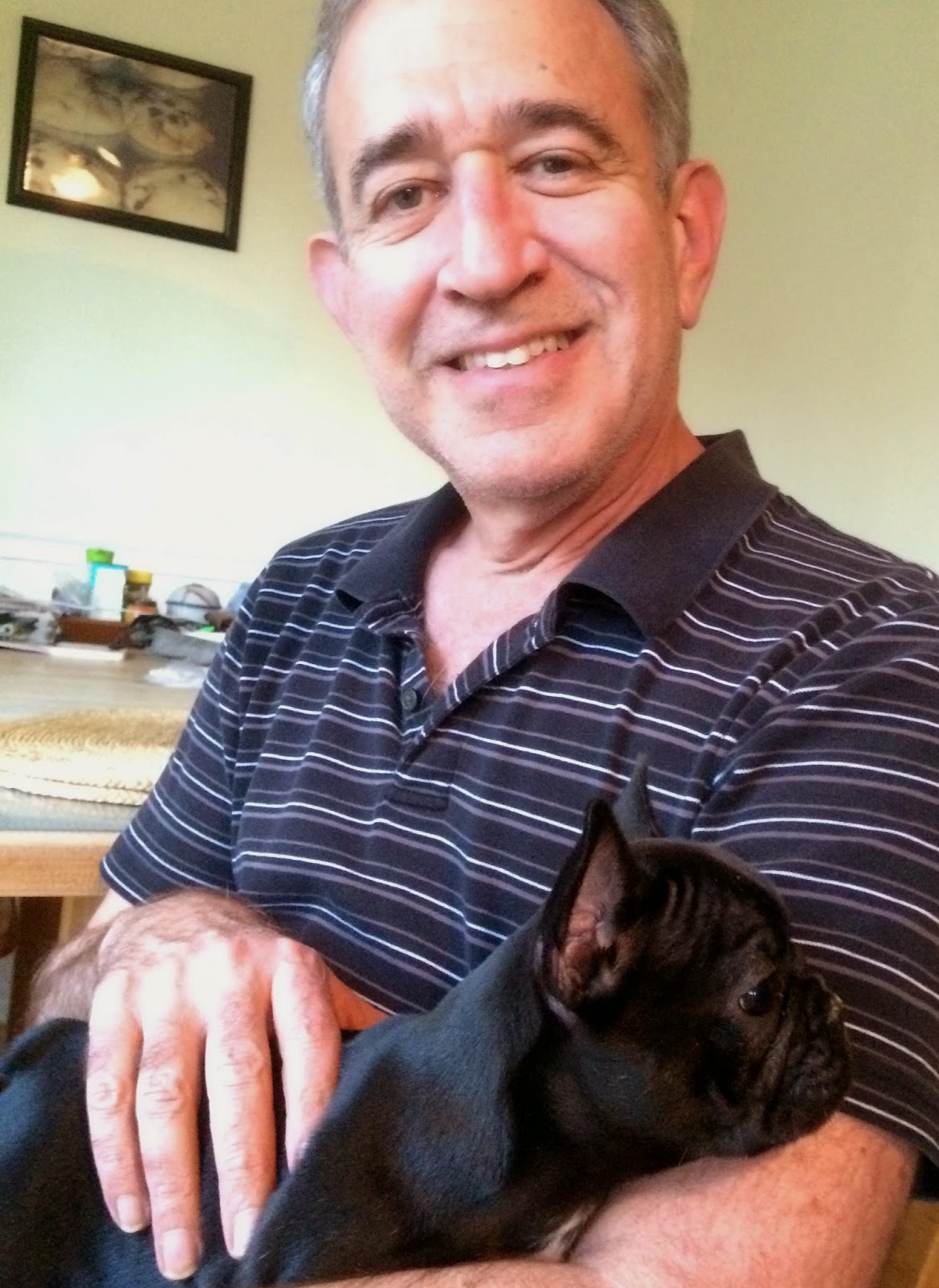 We brought her some Nylabone chew toys, and she went right to work on one: 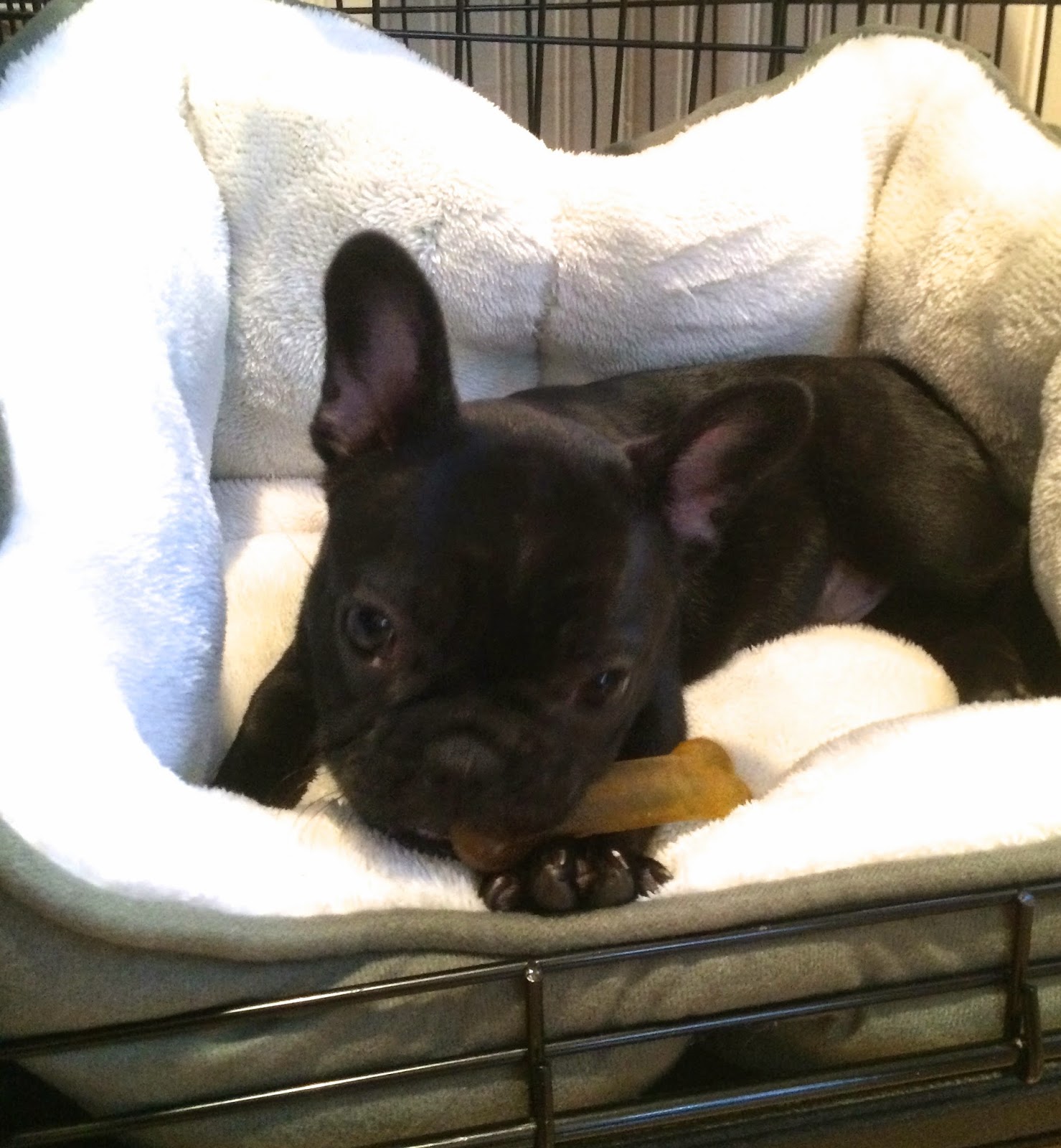 Aaaand then, for variety, she nommed on her Daddy's Crocs sandal: 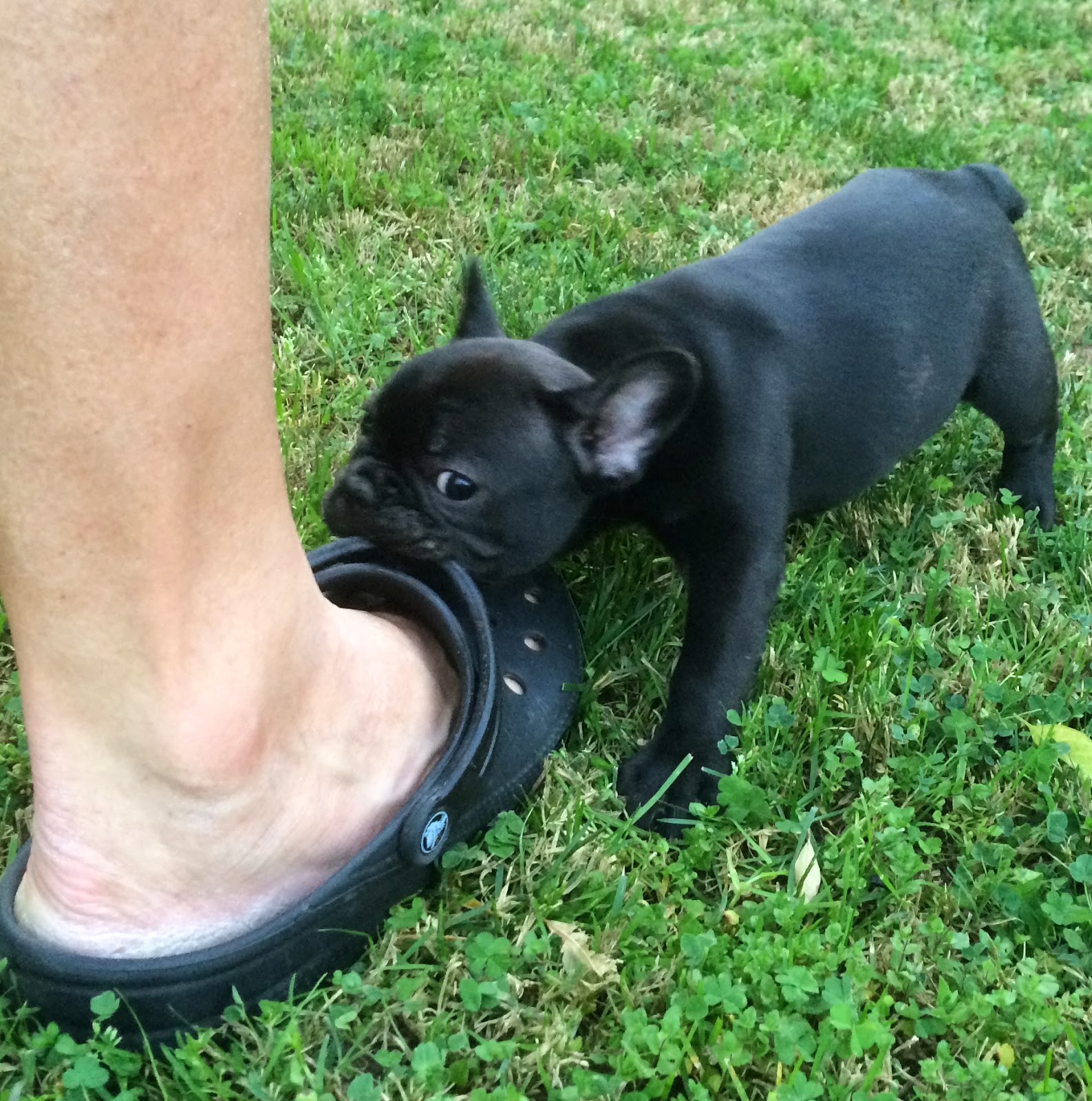 What a scamp! You couldn't pay me to have another puppy: 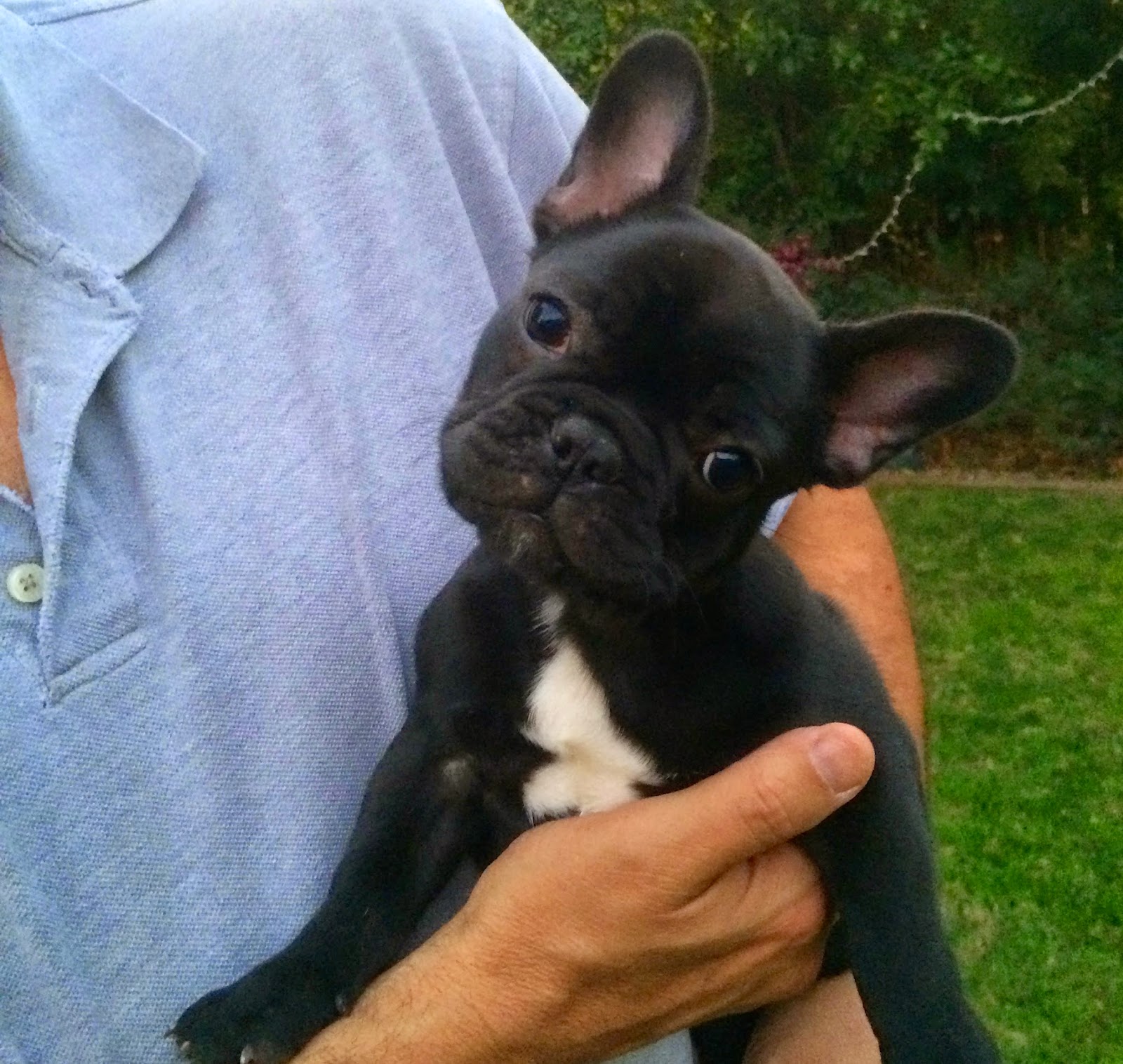 But it's great fun to visit one who lives nearby.

Now I must go. I've got to make a playdate to meet Otis, the big, ol' lump of love packaged in a Pit Bull wrapper.