Letters from the Past

Lately the past has spread itself out all over my family room. 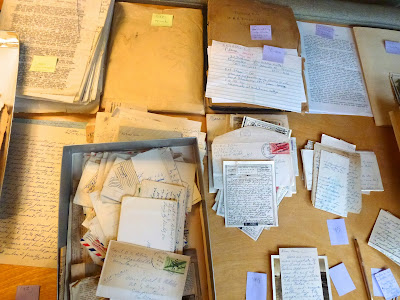 I'm sorting through a huge box of letters that my dad wrote to his mother and his siblings during World War II. He was in the U.S. Air Force, stationed in England, and flying bombing raids over Germany. A lot of the letters he wrote were on these little forms--"V-Mail": 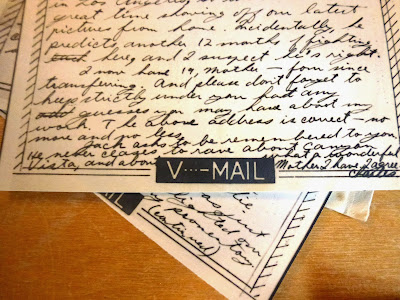 I've been separating the letters into piles by year, and within year by date: 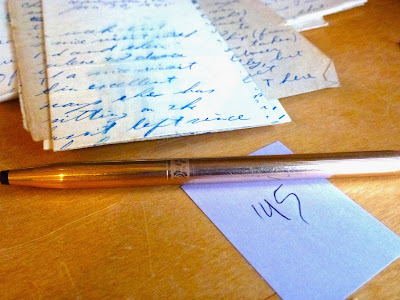 I plan to read through every letter line by line, but for right now I've just been glancing over them quickly. Already it's so intriguing! 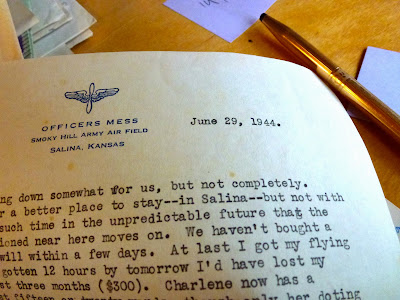 I've seen enough to know I'm going to learn a lot about my father as a young soldier, father, and devoted son. He writes about his hopes and dreams, his growing skills as a pilot, his fears for America if it doesn't win the war. It's fascinating. 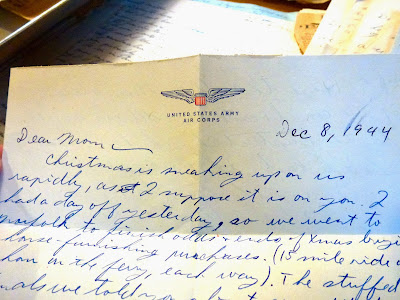 When I was young, Dad never talked to me much about the war years. But now, in a way, he is.