I’m been mostly silent the last two weeks because I’ve been in Spain!

Now I’m back, and I’ve brought you the best images that the country has to offer. You know; sweet dogs, yummy food and drinks, gorgeous people, intriguing images. And things that are blue. And cute. And sometimes more than one of these at a time.

But first up, my compendium of polka-dotted things. What little girl wouldn't like these shoes?: 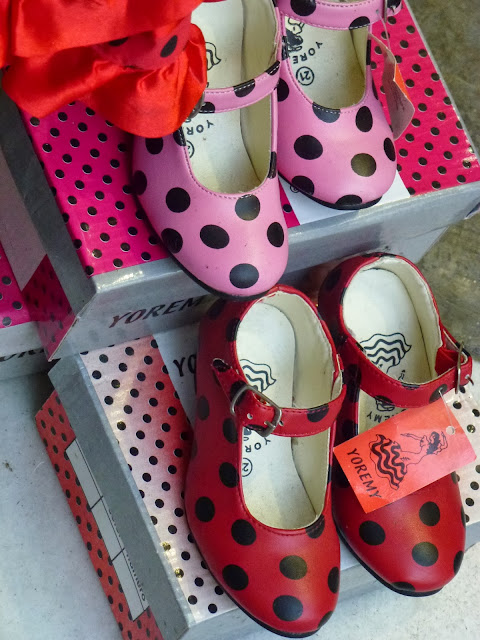 Speaking as a Big Girl, I'd love this blouse: 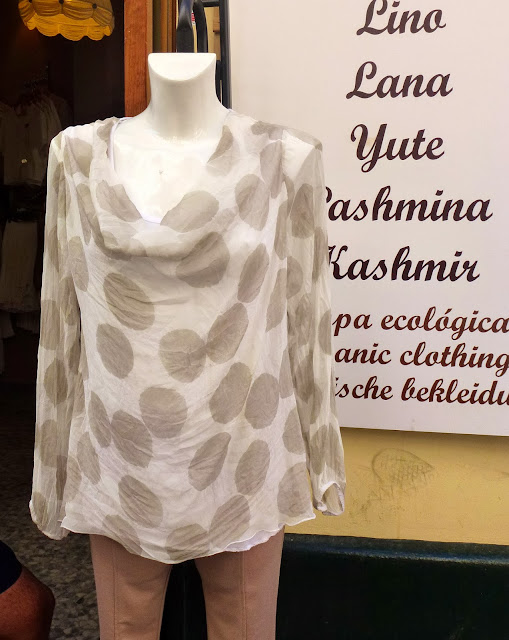 We hiked through the countryside, and I met this farm dog with an almost-perfect polka dot on its back: 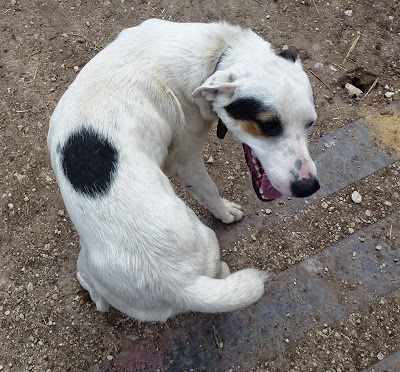 And I saw this street performer's dog in Granada. It has almost the same polka dot on its back, plus a dear little dot centered on its head: 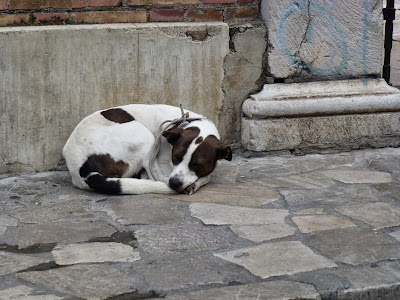 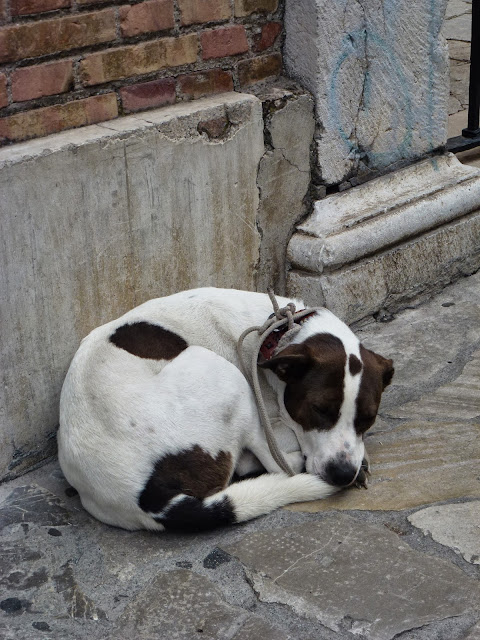 A heavily bossed door looks like polka dots from a distance: 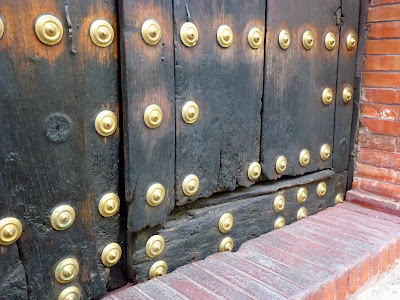 A watercolorist in Seville used paints that looked like dots: 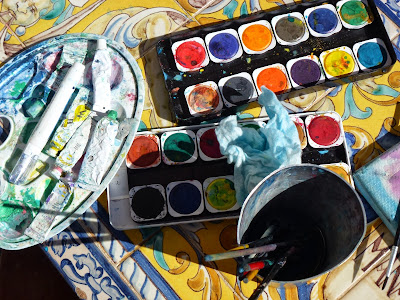 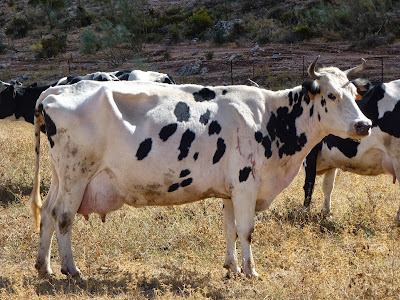 We were eating lunch in a plaza in Seville when a bunch of women wearing these fun, polka-dot aprons came through and broke into an impromptu flamenco. They'd all just completed a cooking class, and I guess they were feeling very happy about it: 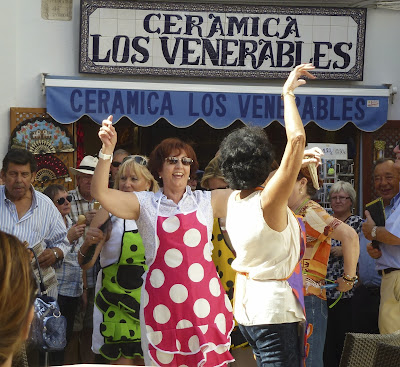 At the same plaza, I admired this gal's dress with dots of different sizes: 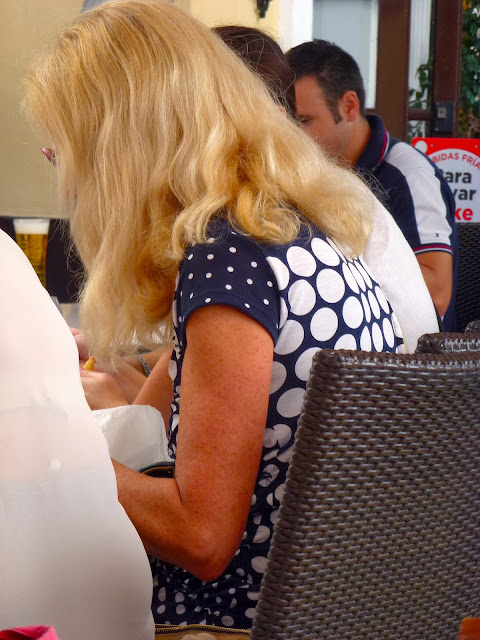 I thought the only people who bought fans in Spain were tourists. But no; women really use them! I saw a table of eight local women at lunch, and four of them had a fan going at one time: 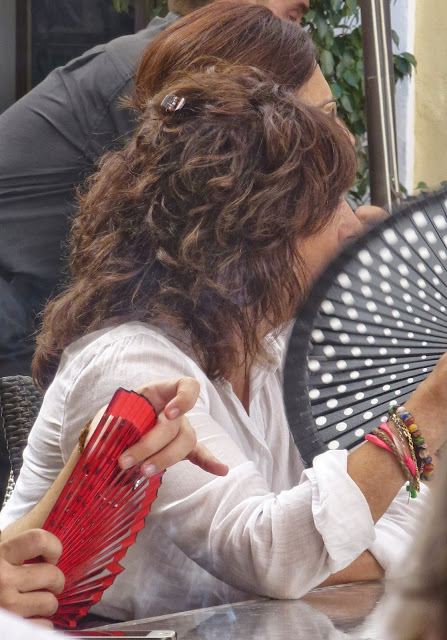 Our guide in Seville, a 30-something gal, says she only buys cheap fans for herself, because she's constantly losing them. The cheap ones cost just a couple of dollars each. That's a lot of style for very little money: 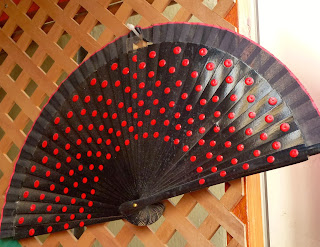 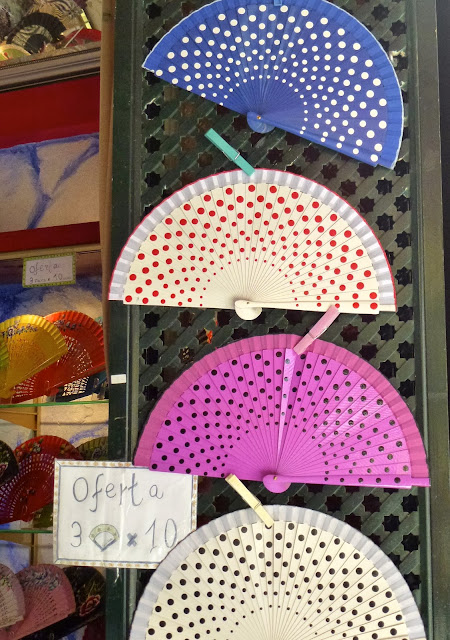 And here's The Hubby, being a good sport and modeling an apron featuring polka dots: 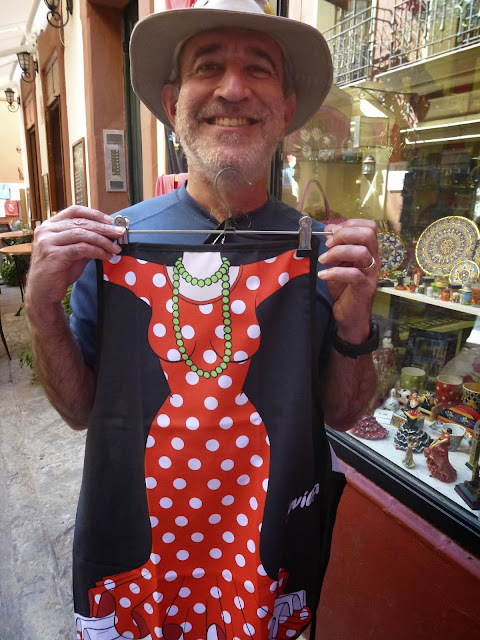