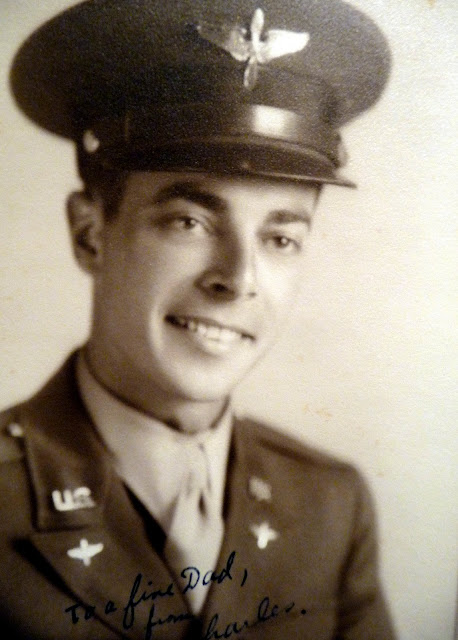 He was the pilot of a B-17 bomber (named "The Charlene," after his baby daughter) that flew 25 successful missions out of England during World War II. He went on to serve in the Korean War, and had a 28-year career in the United States Air Force.

This candid shot was taken during his basic training in Santa Ana, California, in the spring of 1942: 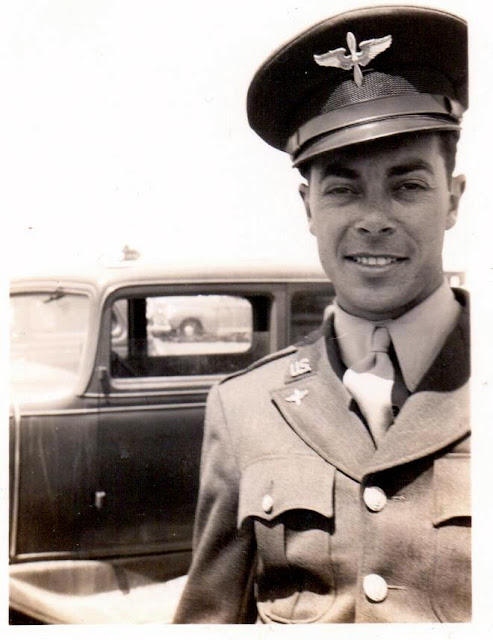 On the back, in my mother's handwriting, it says, "Freckle Face."

Thank you, Daddy, for serving your country. Thank you, all U.S. veterans, past and present. We owe you an unpayable debt.