For the Fourth of July parade in our neighborhood, I whipped up a "Captain Pugmerica" costume for Pao: 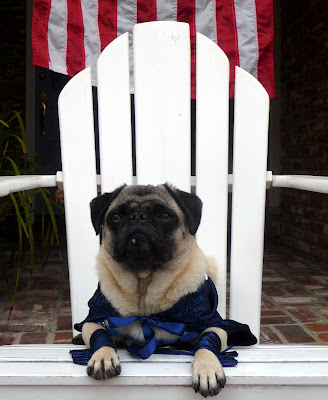 He looked so cute! (BTW that's a benign little growth on his chin; the vet says it will probably go away in a few months.) 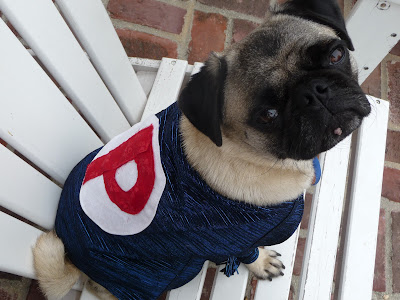 Our neighborhood parade is a very home-grown thing. This double-decker bus was waaaay unusual--usually the floats are jeeps and cars decorated with bunting and crepe paper. The teens riding the bus had fun; they threw red, white, and blue necklaces down to the crowd: 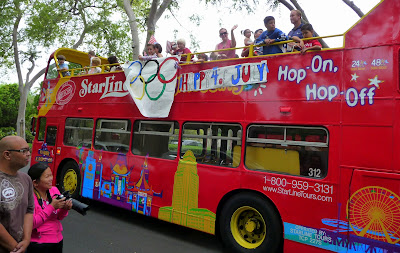 Pao put some beads on, to be neighborly: 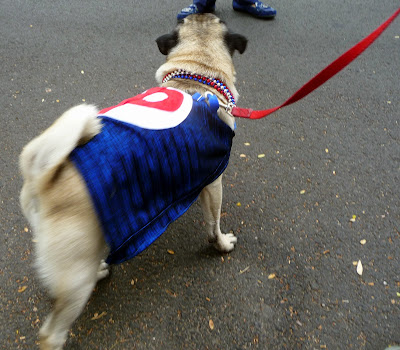 The parade went on for several blocks. The L.A. police department led the way and stopped traffic so we could safely cross a busy boulevard: 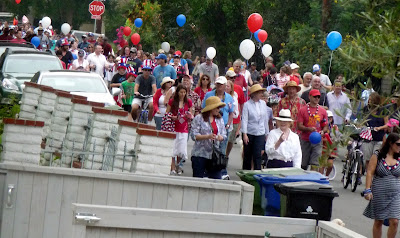 We were a mighty throng, this year: 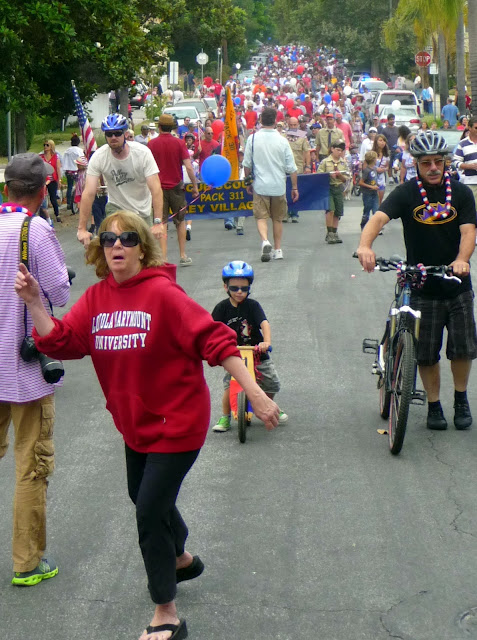 As usual, the parade ended at the local park, where volunteers handed out red/white/blue cupcakes and watermelon wedges. Pao totally enjoyed his piece of fruit: 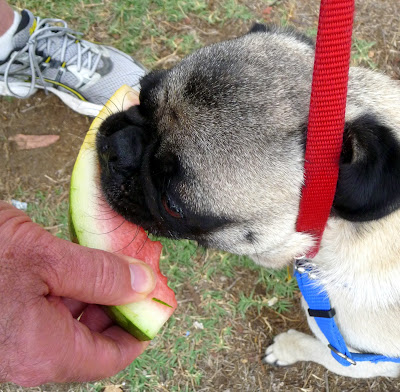 We just didn't tell him about the cupcakes.