In my dear city, this is waaaay too common a sight:

(Photo by Genaro Molina, of the Los Angeles Times)
The City of the Angels has too many four-footed angels like this one:

Oh, those ears! And this one: 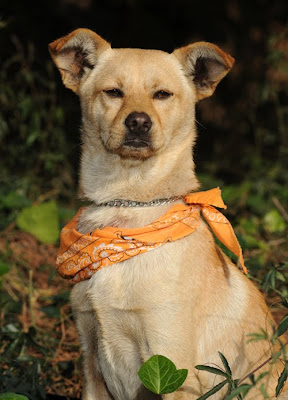 Dinky but dignified, his look says. And long-haired versions, like this one: 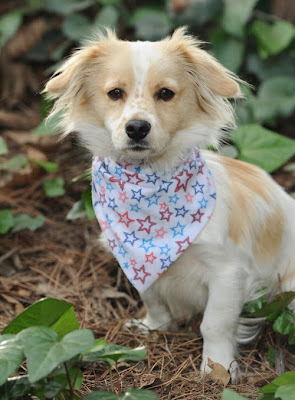 Los Angeles has more homeless Chihuahuas and "Chi mix" dogs in its animal shelters than any other type (only Pit Bulls and Pit mixes are more populous). And, ironically, the East Coast has very, very few Chi's in its shelters. Like, entire cities haven't seen one for months.

So a smart lady named Laurel Kinder came up with a brilliant idea: 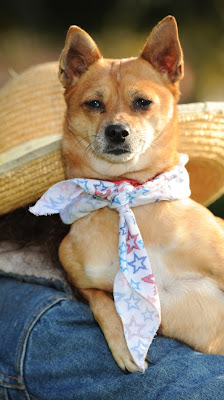 Twice this month, Kinder has arranged for American Airlines to fly these petite pets to Humane Society locations in New Hampshire. The first batch of Chi's flew there on December 2, where they were snapped up by eager, would-be dog owners. Almost immediately, word got out that more of these cuties were coming, and animal facilities in and around New Hampshire had to create waiting lists to handle the number of interested customers.

Of course, this is Los Angeles. The land of Hollywood. Movie stars. And connections.

And so this story has a star element.

To fund this operation, Kinder turned to the Jason Debus Heigl Foundation, created by "Grey's Anatomy" actor Katherine Heigl and her mother, Nancy. The women started the foundation in memory of Katherine's brother, an animal lover who died at the age of 15 in 1986. The foundation donated $25,000 to fly the first batch of little pooches to the East Coast.

The Flying Chihuahuas project is getting publicity, too.

And The Los Angeles Times ran an article on the effort on December 10 by Maria La Gonga. She reported that fully a third of the dogs in San Francisco's city shelters are chi's or chi mixes. I don't know what the stats are for Los Angeles, but from what I've seen, I'd say that's about right for this city, too.

The second squadron of flying Chihuahuas took off for The Granite State last Friday, the 18th of December. That morning, I got a last-minute email asking for us volunteer types to help prepare the pups for their red-eye back East. Folks needed help loading the dogs into their individual carriers and--get this--putting sweaters on them! Gaack! Putting sweaters on Chihuahuas! Can you imagine?

Other Person: "What did you do yesterday, Juli?"

Me: "Oh, nuthin' much. Just stuffed 17 chihuahuas into eensy little holiday-themed sweaters, and then kissed them on the head as I tucked them into their carrier kennels for a jet flight to the East Coast."

Other Person: [Emitting faint choking sounds as they OD on the Visual Cuteness Factor of such a scene.]

Well, unfortunately, I wasn't able to help, because the last-minute call for help was too last minute, and it was taking place at the other end of The Valley, and I had company coming for dinner that night and a lot of cooking to do.

But you can be sure I'll do whatever I can to be there the next time a pile of these puppies goes airborne. It's just too hysterical a scene to pass up.

No, this isn't Laurel. It's one of our many good-hearted volunteers, holding one of the way-too-many Chi mixes available for adoption in this city: 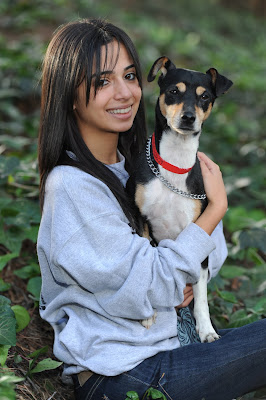 Fasten your seatbelts, puppies. You might have in your near future a wonderful ride back East! 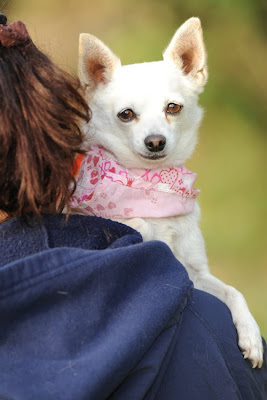 All photos, except for the first one by Genaro Molina of the Los Angeles Times, provided by Karl Loveys. Thank you, Karl!
Posted by Juli at 4:40 PM