Along with all the other reasons I love "Downton Abbey" (the hats! the interiors! Maggie Smith!), there's one more. This gorgeous red velvet sofa: 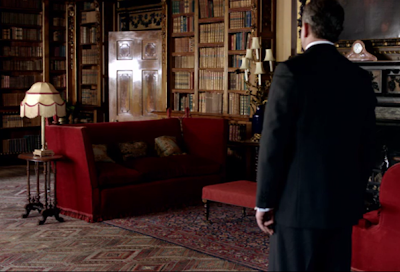 It is in Lord and Lady Grantham's library. With sides as high as its back, and unusual knobs in the corners looped with thick, decorative cord, it's quite the beauty. The sofa is in a lot of scenes: 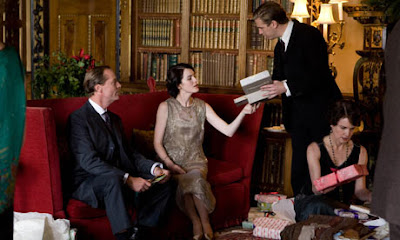 I inherited a sofa (below) from my mother, who inherited it from her mother: 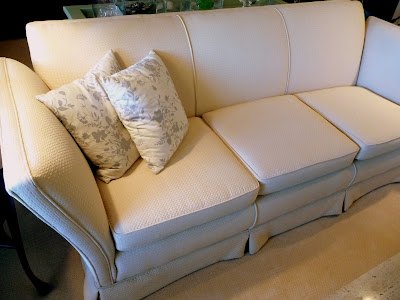 It was made in the early years of the 20th century. When my Nana owned it, the corners of this sofa had knobs looped with decorative cord, just like the ""Downton Abbey" one. My family called ours "the Spanish sofa."

Over the years, the knobs were lopped off. It's been reupholstered at least three times. And although the arms aren't quite as high or as closed-in as the "Downton Abbey" sofa, there's a definite resemblance: 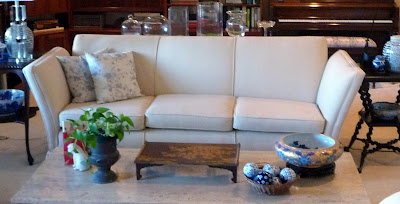 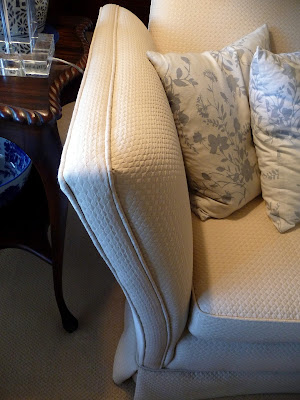 I like to think that somehow there's a shared pedigree between the two. 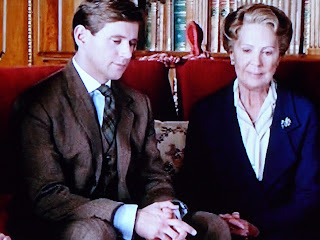 And any time those actors want to come sit on my version, I'd be delighted.