I'm on an ongoing campaign to reduce 10% of my things. I don't need or use all the stuff I have, and I want to clear out the clutter. So I'm going through my home, one cupboard/drawer/shelf at a time, identifying the 10% that's easiest to give away or toss. When I tackle my clutter in such small increments, it's easy.

Yesterday, I reviewed my drawer full of tights. I keep them in a little cloth-covered lingerie sorter, but it's swamped by too much stuff: 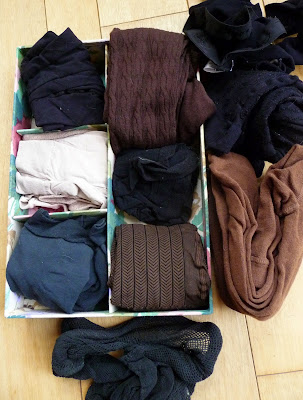 As I've done in the past, I pulled everything in the drawer out into the light and took a look. Pao Pao had other ideas about what to do: 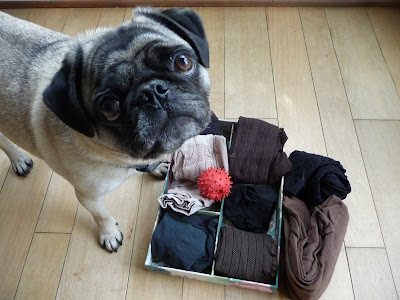 "You SURE you'd rather play with your tights than my new red ball?" 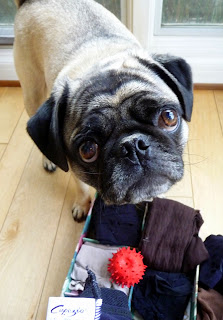 To decide about tights, you really have to try them all on. I was looking for holes, runs, and snags--immediate reason to toss them. None of this, "Oh, I can wear them under jeans, or with tall boots!" No. If tights are not booboo-free, toes to waist, they go. Life's too short to deal with annoying tights that aren't quite right. Especially since they don't cost that much to replace.

If you're a guy--or a gal who never wears tights--the same rule can be applied to your sock drawer.

I love these fishnet tights, below. I wear them instead of sheer black nylons, which seem sort of dated. There's something about a silver-haired gal in black fishnets that's a little surprising. I like that. So they stay. 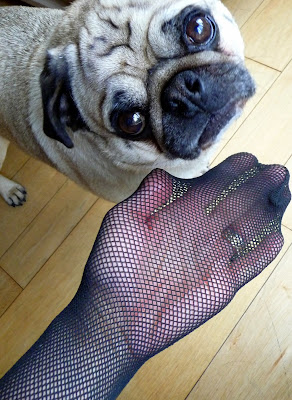 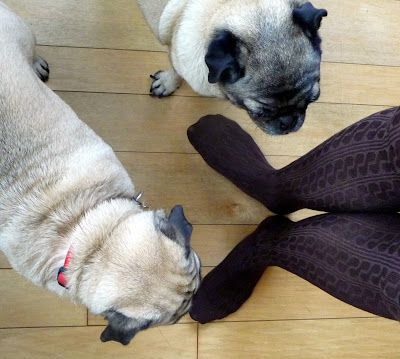 A little more huffing and puffing, and I'd tried on every pair. Only four of them made the cut! 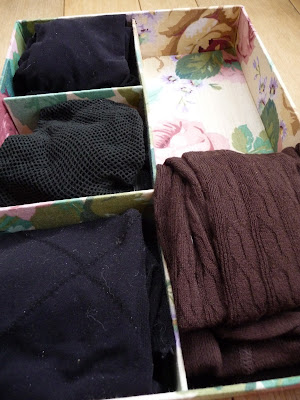 The rest will be washed and given away to Goodwill. 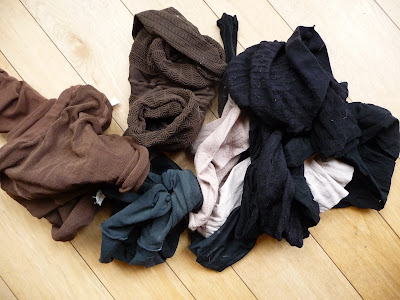